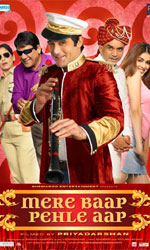 At last a Priyadarshan comedy that warms the cockles of the heart even as it makes you cackle in glee.

Mere Baap Pehle Aap is a deftly-scripted piece of quirky and cryptic concoction on role reversal. And if you take away all the humbug and fringe characters, at the core of this cool comedy is a father-son relationship where the father is often caught behaving like a truant child.

Breathe easy. There are no risqué or double-meaning jokes and no vulgar shots of women. Priyadarshan`s film is clean and clever in parts and makes you forgive all the excesses of his recent films like Bhool Bhulaiya and Malaamal Weekly where the characters were constantly in a state of distress.

In Mere Baap... we see some restraint and subtlety in the narration and the locales are exquisite and refreshing. Sabu Cyril`s art work suggests an endearing link between our cultural heritage and the rituals of laughter. The Kerala sequences are adorably quaint.

Throughout the story of a father and son finding marital bliss at about the same time, we are caught in spaces that are filled but not overbrimming. Like his earlier films, Priyadarshan`s people this time go from laughter to a social message with a virile fluency.

Does a middle-aged man have the right to seek a companion when he has a child of marriageable age?

Paresh is at the receiving end of social taboos. After wasting himself in not-so-good comedies in recent times, Paresh comes into his own here as the surly, child-like dad who keeps getting into embarrassing positions for no fault of his.

If Paresh sparkles, it`s because he has a screen son who shines with immense confidence. Akshaye`s comic timing and his little nuances and gestures bring forceful humour to a film that may otherwise have ended up looking a little limp and unmoored.

The rest of the cast, barring the brazenly over-pitched Genelia, give winsome comic performances. It`s a surprise to see the beautiful Shobana show up as the spinster that widower Paresh wants to marry.

The wedding song and dance are almost exquisite. This touch of the quasi-classical, also seen in the closing interlude of Bhool Bhulaiya, gives the comedy a touch of refreshing grace.

Interestingly, Mohan Joshi, who`s a regular in Priyadarshan films, gives a completely non-comic performance here. And Archana Puransingh, as a brassy lady cop, once again displays a penchant for parody.

Om Puri as a leery, ageing bachelor is appropriately grotesque. But one can`t tell whether it`s the character or the performance that makes one squirm.

The film works mainly because Paresh and Akshaye look so delightfully compatible as a father and son who have lived so closely together that they don`t know which is which.

Another asset is Ranjit Barot`s background music, which is surprisingly tender and strong in fits and starts.

Janaradhana Wishvambhar Rane (Paresh Rawl) a widower has spent his life bringing up his two kids Chirag (Manoj Joshi) and Gaurav (Akshy Khanna). Jananrdhana has done everything for their kids since they were toddlers. Now when the duos have grown up; Gaurav takes up responsibility of his father. They both manage the households chores and their business with best of their ablilites. Though he is the younger son, he treats his father like his son. Gaurav is on the guard with the vigilance of a disciplined parent. He shouts, threatens, fights - even locks up his father occasionaly so that his prankster best friend Madhav Mathur (Om puri) who is a divorce, desperate to get married, does not spoil him.

Madhav and Janaradhan who are always in search of bride for Madhav forever land up in trouble and every time Gaurav has to bail them out and face the embarrassment. Gaurav busy managing his business starts getting prank calls from a girl who turns out to be his old college friend Sheekha Kapoor (Genelia D`souza). Sheekha is staying with her guardian (Shobhana) who is also Parsh`s first love.

Gaurav and Sheekha notice changes in behaviour of Janaradhan and Anuradha when they come face to face after many years. They come to know about their past relationship.Now Akshay wants his father to get married to his lost love.

Gaurav and Sheekh embark upon a rib-tickling journey to arrange his father`s love marriage and in the process find soul mates in each other. Of course, the path is not so smooth: there are obstacles. But then, Madhav`s desperate desire for a bride comes handy. How this trio tries to arrange Janardhan`s and Anuradha`s love marriage is a fun ride to watch. 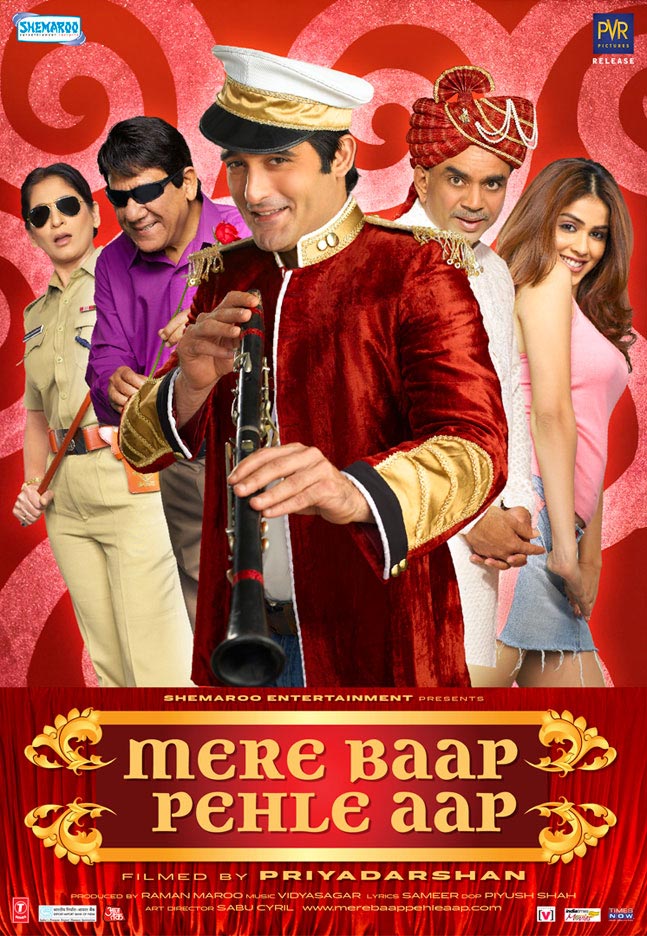 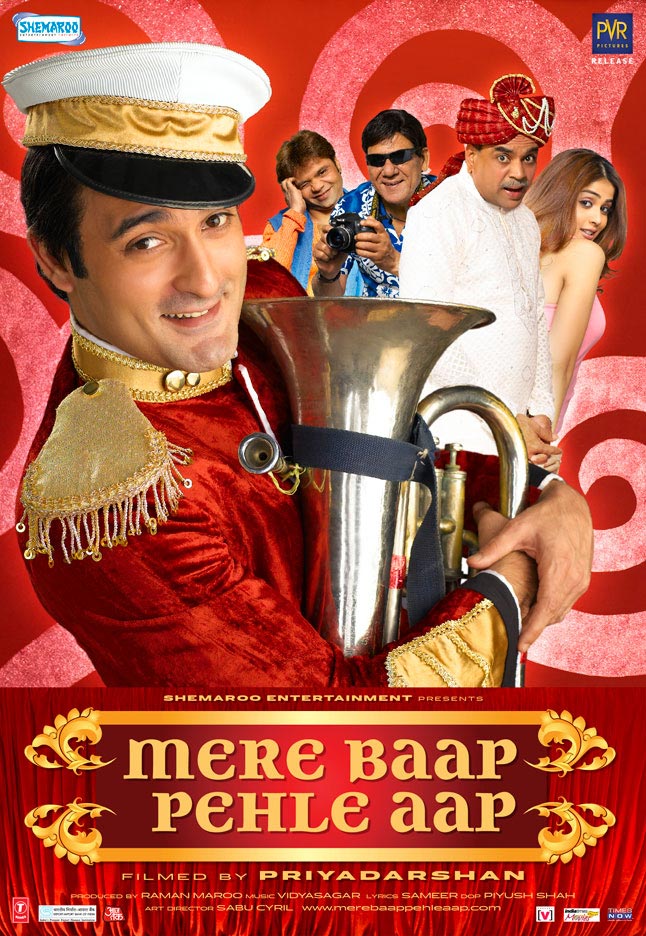 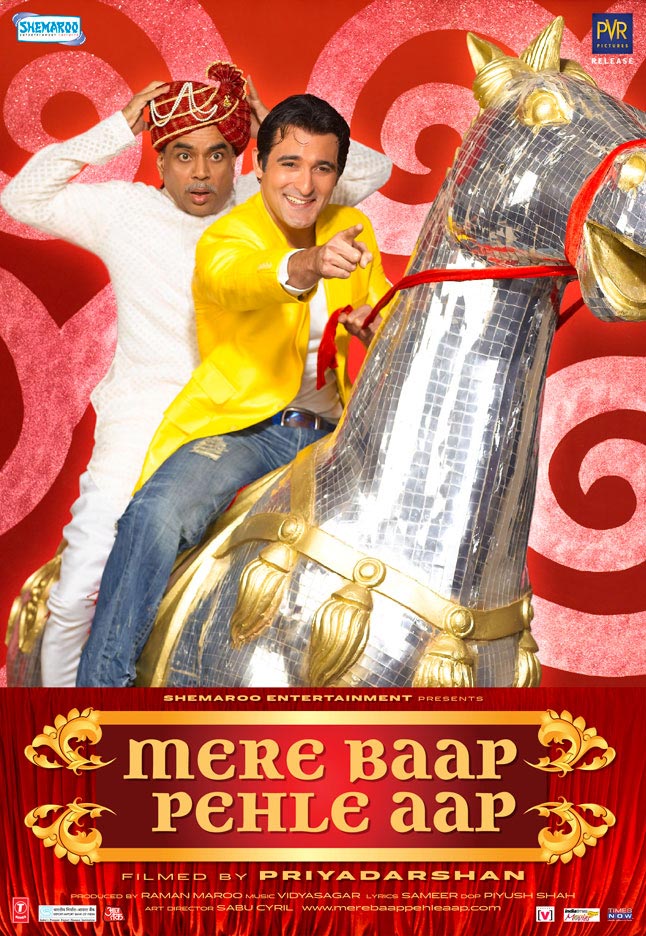 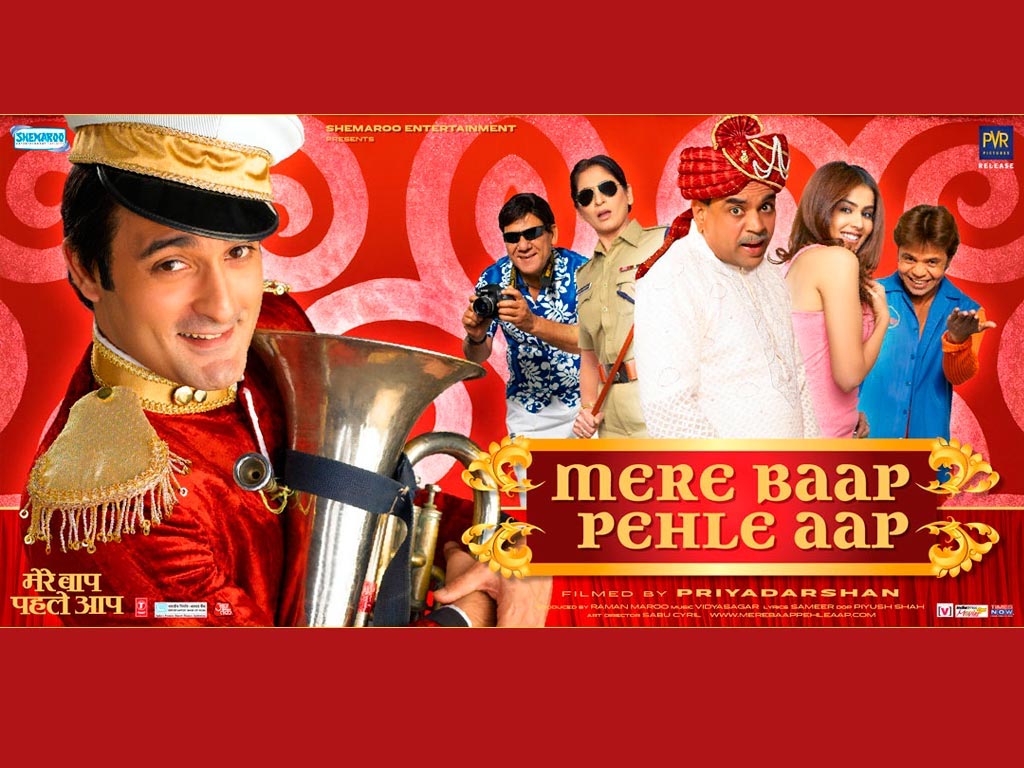 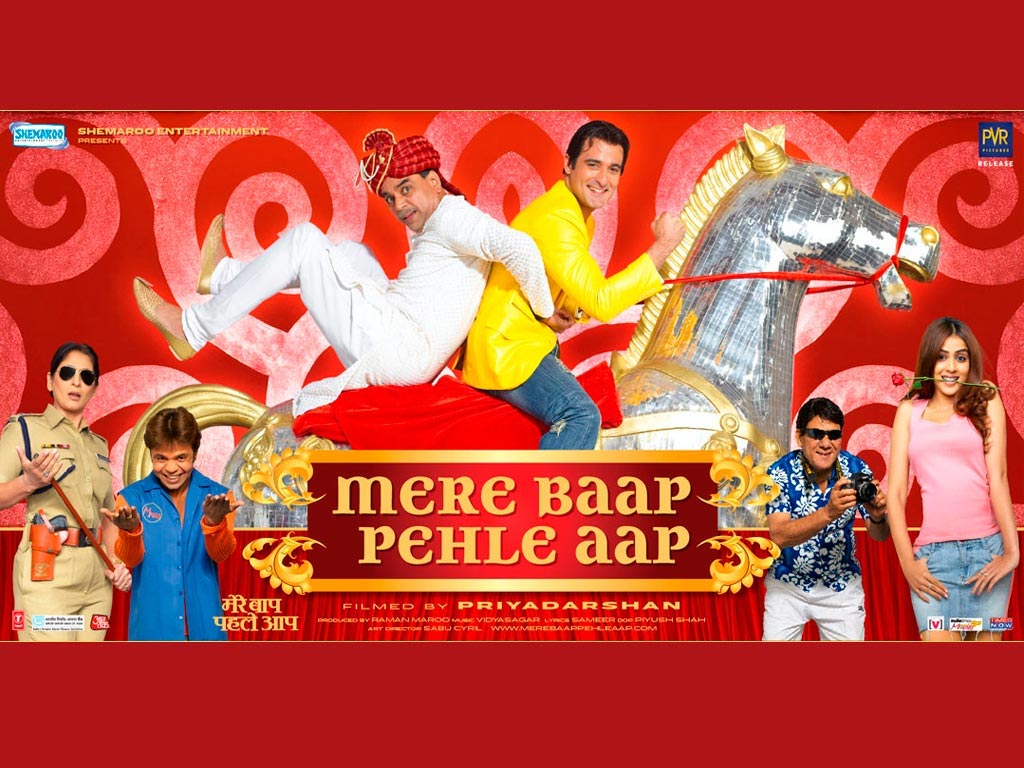