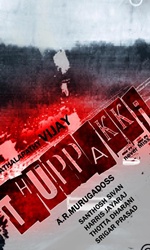 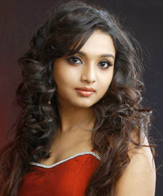 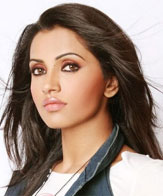 `Thuppakki` - A taut action-thriller
Rating: ***
Thanks to A.R. Murugadoss, Vijay steps into a new avatar that comes as a welcome surprise for his fans and critics alike. Did Vijay succeed in his new avatar is the question that the audience walked home with after watching the film? Well, partially yes and no is the answer.

Although, Vijay shines in his avatar for the most part of the film, as an avid follower of Murugadoss, one may still feel that the film could`ve been way better. Nevertheless, "Thuppakki" is definitely one of the best Tamil action-thriller of recent times.

Vijay aka Jagdish, a captain in the Indian army, is currently returning home to Bombay to get married according to his parents wish, to a girl of their choice. At this juncture, we`re introduced to two different sides of Vijay -- duty-fearing and family-loving.

Cut to next scene, Jagdish is seeing Nisha, played by Kajal Aggarwal, at the bride-viewing ceremony. Jagdish says no to Nisha citing reasons that she`s too old fashioned and homely for him. But, quite contrary to her image at home, Nisha is a spoilt brat on the outside. Jagdish happens to see her other side at a boxing match and instantaneously falls head over heels for her.

Meanwhile, during one of the local commutes in a city bus, Jagdish happens to miss death by a whisker. He sees the bus in which he would have been blown to pieces a few minutes back. But, fortunately Jagdish nabs the guy who planted the bomb and soon finds out he`s a sleeper cell. With just few days left, Jagdish should find out what`s the next target of several other sleeper cells in the city. Will Jagdish stop what`s about to unfold forms the rest of the story.

Vijay`s character has traits of Sherlock Holmes-style detective skills and for some reason he likes to play alone. Although, he`s accompanied by his close friend Sathyan, who happens to partly remember us the role of Dr. Watson with sick jokes-cracking ability, yet, there`s so much of similarity in the characters, but on the whole it`s an entertaining film with adequate moments of "Vijayism".

The film is tightly woven together by a crisp screenplay that will keep you hooked to your seats. Had only the director chopped few minutes from the film, undeniably this could`ve been an engaging 2 hours and 45 minutes. The love plot could`ve been easily avoided because it seems to have made no difference to the film.

The film has some of the best National Award-winning technicians such as Thota Tharani, Sreekar Prasad and Santosh Sivan, who`ve certainly taken the film to a level where no other Tamil film of the recent past managed to reach. Santosh`s cinematography in particular is top notch, while Sreekar`s editing is brisk and highly professional.

Most of the characters are made to look dumb as Vijay steals all the attention. Kajal`s role as a boxer, which she squanders with her cliched performance, is definitely a turn off in the film. Jayaram and Sathyan, who`re supposed to make us laugh, fail miserably in the process.

Except for two tracks, Harris` music falls flat. Thanks to the pulsating background score, "Thuppakki" has few moments of high-octane action mixed with energetic music.

In essence, "Thuppakki" has the energy of Vijay and intellect of A.R. Murugadoss.

Vijay, Murugadoss film to go on floors in October

Actor Vijay and filmmaker A.R. Murugadoss are set to reunite for the third time for a yet-untitled Tamil project, slated to go on the floors from October, according to a source.Read More

Kajal to team up with Vijay for third time

Kajal Aggarwal, who had previously worked with Tamil superstar Vijay in films such as 'Thuppakki' and 'Jilla', is all set to team up with him for the third time. She is really excited about the collaboration. Read More