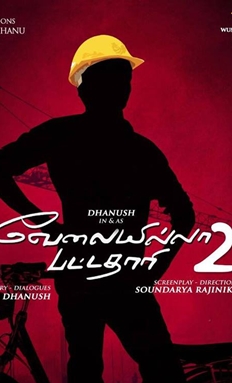 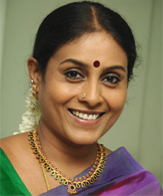 This film suffers from sequel fatigue but unlike its prequel, this is not really an underdog story.

Taking off from where it left in its prequel, the 2014 released "VIP", it is the tale of the jobless, yet conscientious engineer, Raghuvaran (Dhanush).

He is now married to his neighbourhood sweetheart and is humility personified. He is still working for Anitha Constructions, commutes on his favourite moped whom he calls "Soundari" and becomes a brave-heart after a couple of drinks.

The film begins with him winning the prestigious, "Engineer of the Year Award", at a shoddily presented function, where all the awards have been predominantly taken by Vasundhara Constructions, a company headed by the snooty and arrogant, Vasundara Parmeshwara (Kajol).

After the awards, when he is invited to join Vasundhara Constructions, he flatly refuses on grounds of loyalty. Taking offence to this, Vasundhara ensures that he not only loses his job but can't survive in the city. How Raghuvaran tilts the scales in his favour, forms the crux of this tale.

With the story credited to Dhanush, arrogance and humility are the two key factors that propel this "mass appeal" plot. Gimmicky scenes and songs are gummed up to create star appeal and this one hour film is stretched to two, with Dhanush's heroism going nowhere in particular.

The first half of the narrative meanders with meaningless scenes. It is only ten minutes after intermission, when Raghuvaran gets motivated, by his father and dead mother, that the film gets some semblance of a concrete progression.

The dialogues are mundane and rustic. Some peppered with lyrics of the early 1970s Hindi film songs, the director manages to extract empathy from its older audience. But overall, the lines lack punch both in weightage and delivery. But nevertheless, it is Dhanush's antics that keeps the audience hooked.

With his ordinary boyish charm, Dhanush does make an effortless impact. But it is his larger than life character and over-the-top acting with his artificially created superstar swag, that make him look out of place. Nevertheless, he is lovable.

Kajol as the antagonist and femme-fatale Vasundhara is an eye-sore. She does not gravitate from frowning.

The music in the film does have its moments and the choreography is the typical big-ticket jamboree and they do nothing in terms of the narrative.

Overall, the film is astutely mounted.

Confession time. I haven't seen the first "VIP" film. And after seeing the follow-up, I swear on my favourite Dada Kondke feature, I will never touch anything with a VIP in it, not even the suitcase.

More confession. "VIP 2" is not a film. It is an abomination. It is two hours of excruciating self-promotion for Dhanush who is an embarrassment in this film. Dhanush plays the kind of larger-than-life bully-hero who looked ridiculous even back in the 1960s when Rajendra Kumar or Gemini Ganesan would saunter on to a sprawling set representing a well-to-do living room replete with a spiralling stairway leading upstairs, and hug and kiss a woman 10 years younger and say, "ceMaa, I've come first-class-first in class" (Please translate into Hindi, Tamil, Telugu, Bengali, etc).

Dhanush plays Raghuvaran, a first-class-first in everything, including male chauvinism and self-congratulation. He sings songs about his greatness with his buddies (terrible ones at that), bullies his pretty wife (Amala Paul, grossly misused) and swigs his swag at the camera as though it were a hungry leopard in a zoo.

Then when he takes on a corporate head honcho played by the totally misused Kajol, he takes on more than he can chew. Which is okay because Dhanush's character does exactly what the director is doing. Taking on more than can be handled, they both flounder and fall trembling to the ground.

Soundarya Rajinikanth is, I don't know how to say this politely, not a director at all. To build on a confrontation between Dhanush's Raghuvaran and Kajol's entrepreneur Vasundhara, Soundarya uses tropes and cliches from old archival Rajinikanth starrers. These plot points would make even Rajini sir shudder in disgust.

Not now, please. Not any more! Who behaves like a Rajini spinoff treating women with the courteous contempt we usually save for bags filled with detonative dynamite?

Kajol plays a variation of Sridevi's snooty entrepreneur from Raj Kanwar's "Laadla", where she would run her finger, cross the bridge of her nose and bellow, "You understand? You better understand!".

At least Sridevi had a formidable adversary in Anil Kapoor. In "VIP 2", Kajol's confrontation sequences with Dhanush are so high-pitched and hysterical that the verbal sparring threatens to come apart at the seams to expose the hollowness of this film's anarchic gender war.

"VIP 2" empowers mediocrity to the extent that it (mediocrity) seems the only natural status to be attained in the course of the storytelling. Some day Kajol will show this film to her grand-kids as an example of how wrong a sensible seemingly intelligent professional's judgement can go when she is focusing on the zeroes on her pay cheque.

Project with brother may happen next year: Dhanush

Actor Dhanush, currently basking in the success of Tamil action-drama "VIP 2", says he may reunite with his filmmaker brother Selvaraghavan next year for a project. Read More 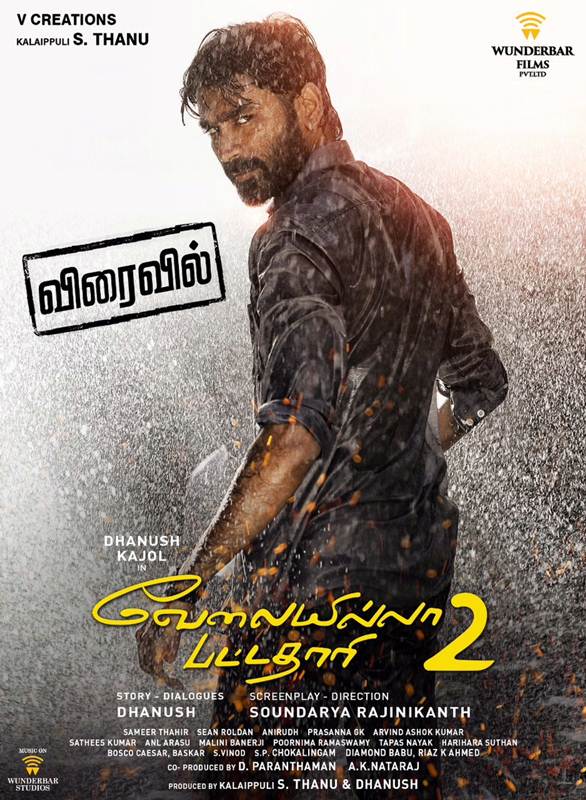 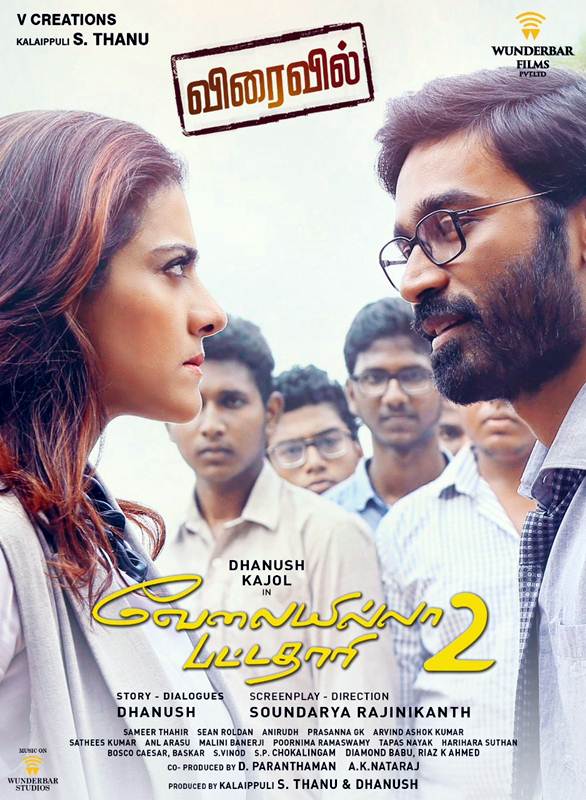 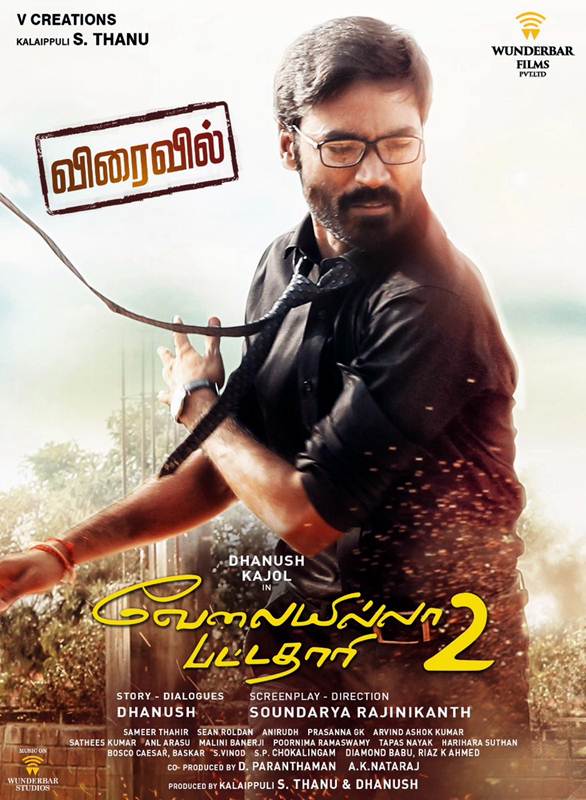 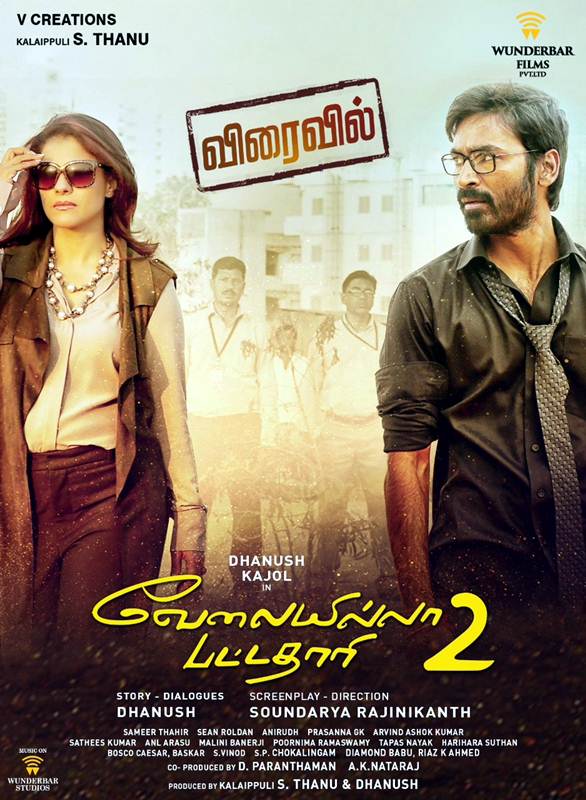 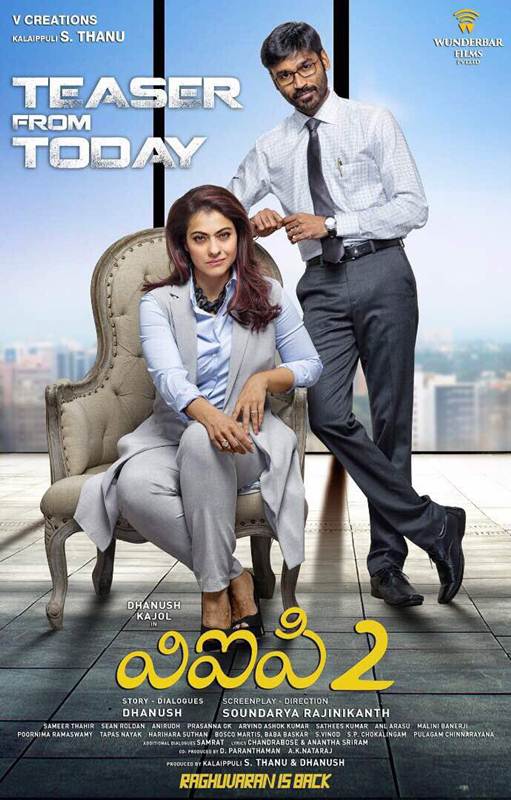 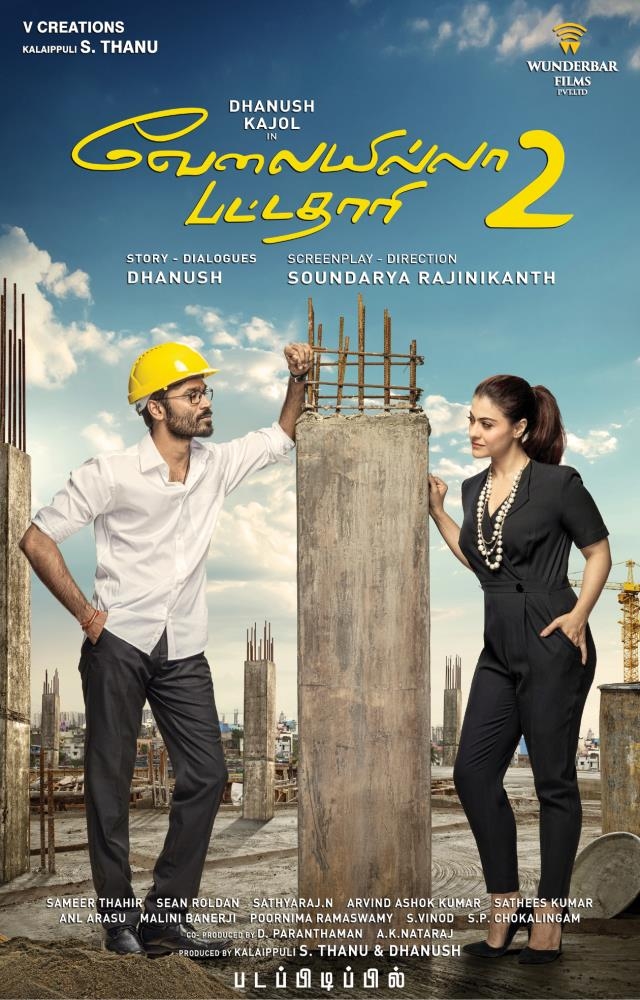 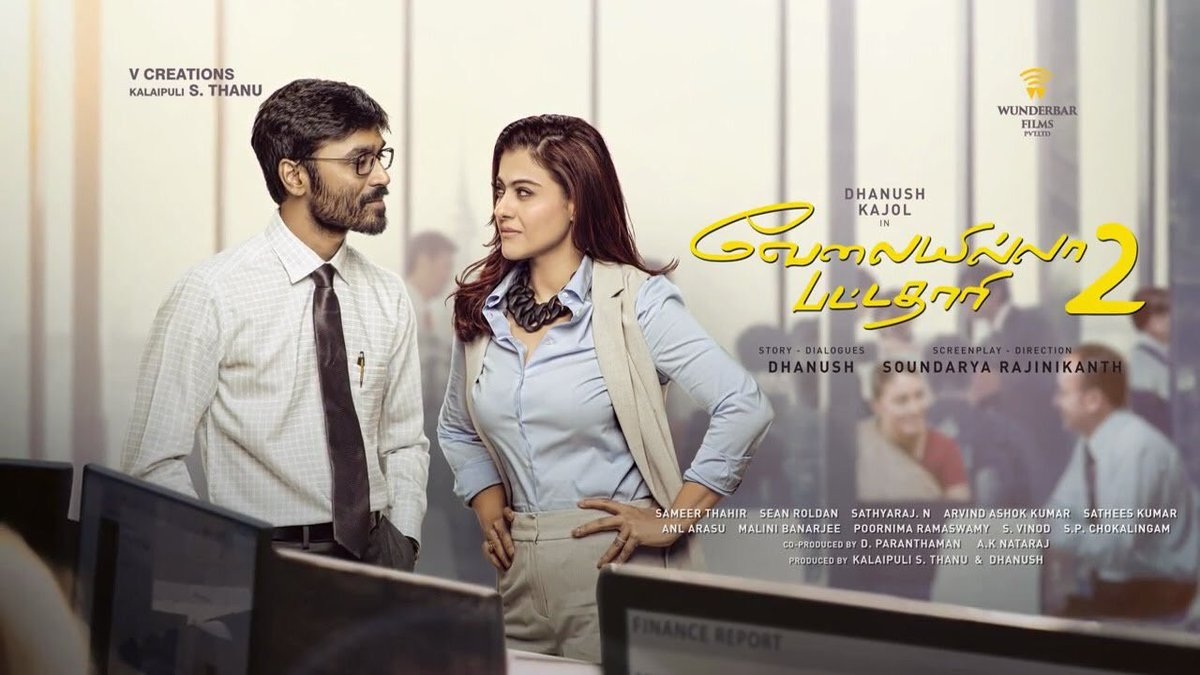