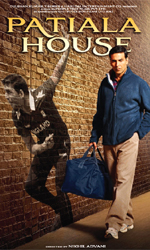 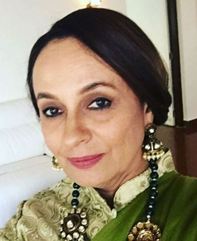 It takes us just five minutes to get the hang of this film`s narrative structure. It is as nimbly-paced as a fast-bowler playing cricket in a wide-open field trying to avoid all the roar and din of the cheering crowds in the stands.

For a film that has a surprisingly large number of characters (after the 23rd Sikh-Briton running up and down the wooden staircase I stopped counting) the noise decibel is surprising low. The clamour of a crowded Sikh household in London never overpowers the emotional kernel of this film.

The delicate supple bonds that grow among people, who are not just mal-adjusted in a foreign land but are also spiritual and emotional misfits in their own household, are brought out in vignettes that show the hand of a confident storyteller.

Nikhil Advani`s admirable episodic structure of Salaam-e-Ishq failed because of its inordinate length. This time Advani takes no chances with the length. Economy of expression is paramount to the effectual storytelling in Patiala House. Not that Advani shies away from taking risks. The self-assured manner in which he aggregates the characters in a house run by a patriarchal Sikh in Britain (Rishi Kapoor, firmly in command) without crowding and asphyxiating the canvas shows Advani`s deep empathy with the characters who drift into his range of vision.

At heart, Patiala House is a father-son story. Akshay has done them before. One immediately recalls Suneel Darshan`s Ek Rishta where Amitabh Bachchan was the father who drove son Akshay to a state of smothered silences. In Patiala House Akshay`s silences scream in wounded protest every time papa Rishi Kapoor`s iron hand falls on the boy`s dreams.

In many ways the screenplay (Advani, Anvita Dutt Guptan) is a compendium of cliches -- despotic dad, timid mother (Dimple Kapadia), unfulfilled son, encouraging girlfriend, her precocious surrogate-son (he reminded me of Kajol`s boy in My Name Is Khan). Advani converts familiar characters into real believable warm endearing characters whose lives begin to matter us as we watch them in their Southall setting.

The historic data about the Sikh community in Britain is kept at a bare and bearable minimum. The narrative never feels the burden of the cross-cultural migratory journey made by the plane-load of characters. And that`s the film`s USP.

Even as the peripheral characters make a fleeting but coherent impact (Rishi Kapoor`s pregnant daughter-in-law`s anguish at watching her husband being treated like a doormat is as apparent to us as the family`s daughter Hard Kaur`s tattoo on the arm), we are constantly seeking out the next chapter in the repressed Gattu`s wretched-going-on-glorious life.

Akshay plays Gattu with a restrain that never shies away from tears. Every time he thinks of his ruined dreams a trickle of a tear comes down from the side of his cheek. It isn`t done for effect. Akshay embraces Gattu`s shattering dreams and makes them his own.

Is this Akshay`s finest performance to date? For the sheer mastery over the heart and soul of his character and the dignity he brings to the loser`s character, yes, this is Akshay`s best.

Akshay and Rishi don`t look like father and son. And that`s the best compliment one can pay to the film`s theme. How can they look like a family, when the father has spent all of his son`s growing years denying the boy`s sense of the self? Oh, Rishi is a bellowing volcano of arrogant prejudices. Brilliantly bravura as always, Rishi almost echoes the tyranny of Prithviraj Kapoor. Player kiya paida to darna kya?

His sudden reformation at the end is unconvincing. The unhurried grace of the rest of the film gives away to an urgently-claimed culmination. One can`t blame Advani for abandoning the pace at the end. He knows the audience wants a hurried send-off.

Anusha Sharma remains effervescent in her volubility. But she needs to play a less talkative character.

Though scarce, the moments between Akshay and Dimple are very precious. There is a specially evocative sequence at the hospital when the invalidated Rishi Kapoor tells his screen-wife Dimple Kapadia to shut the door on their screen-son Akshay`s face.

The editing (Manan Sagar) could have been less generous. Portions of the narrative lose their energy. Before it sags, the director swoops up his characters` dreams into curvy shapes. The narrative never loses its way in the maze and clutter of the characters and ambitions.

Gattu finally finds his groove. The film never loses it.

People failed to slot me as an actress: Soni Razdan

Filmmakers were not as willing to experiment as they do today, says veteran actress Soni Razdan who feels she got "stuck" somewhere as she was as "different" as being a "grain in rice".Soni, who will soon be seen sharing screen space with her talented daughter Alia Bhatt in "Raazi", says though she is eager to do more work, she does not get offers often.She told IANS in an interview here: "I don't get any role. People do not come and offer me (roles). Maybe they don't think of me at all. Like my audience, even I wonder why I do not get offers more often. I think my career is of a big perception of others.Read More

Now Akshay to premiere his film in Patiala

Plans of hosting a lavish premiere of "Patiala House" in Mumbai and London later this week have been put off in favour of a new venue - Patiala. Read More

“PURSUING YOUR DREAM WHEN LIFE GIVES YOU A SECOND CHANCE”, Patiala House, the upcoming movie directed by Nikhil Advani and produced by Bhushan Kumar, Mukesh Talreja, Krishan Kumar, Twinkle Khanna and Zoeb Springwala,  is a movie that revolves around clashes of thoughts between a father and a son. The movie which is going to hit the Indian theaters on 11th February 2011 stars Akshay Kumar (Parghat Singh Kahlon (Gattu)) as an aspiring cricketer, and a second-generation Sikh in London who gives up his dream to save his father`s reputation until he meets Simran (played by Anushka Sharma) who falls in love with him and gives him the strength to stand up for what he believes and and helps him to take a decision according to his wish. This cross-generation drama is about second chances.

Rishi Kapoor (as Gurtej Singh Kahlon) who is playing the role of Akshay Kumar’s father is a staunch patriot and thinks it is unpatriotic of his British-Indian son to play cricket for the British team against India. It is here where the seeds of clash of thoughts are sown. Rishi Kapoor plays a very responsible father standing for his family and protects them against any kind of atrocities from goras.

The story catches heat when one fine day Akshay Kumar remembers a dream and realizes that it could have become a reality and finally summons the courage to take the giant leap and challenge his father and start a movement that will shake the very foundation of Patiala House. 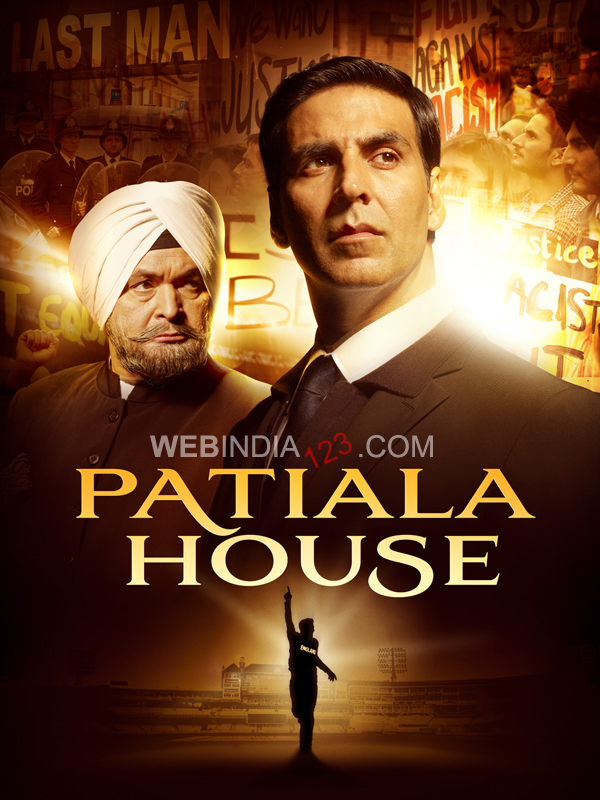 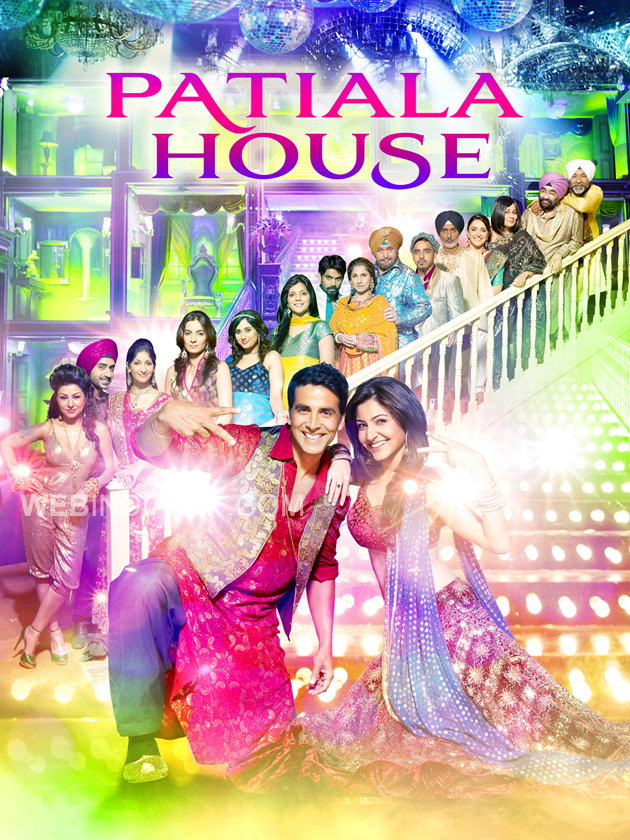