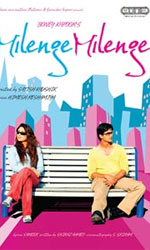 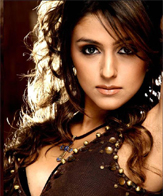 There is a kind of subverted joy in watching Kareena Kapoor and Shahid Kapoor play a Valentinian romance with a full-throttle gusto.

"Milenge Milenge" took its time to come to the theatres. Yes, it is old fashioned in theme. But not dated. The material which must have been quite bulky by the time Kaushik was done with shooting has been cut and pasted with restrained enthusiasm. What we have is a paper-thin, sometimes cute at times annoying rom-com where Destiny plays a pivotal part. Kiss-mat, anyone? Yup, intimacy is fugitive between Shahid and Kareena. But they nonetheless look like a real pair.

The plot plods at a pace that suggests love is just about the only force that keeps the universe moving. Both the protagonists play professionals. But we hardly see them work except on their ever-palpitating hearts.

The plot invents various devices from missed flights to truant elevators to hero in drag and heroine in glycerine to keep the love birds apart for two hours. There are some heartwarming moments depicting random hearts pumping into a collective despair as time ticks by.

There`s no attempt to pull punches, no over-clever dialogues and no effort to paint and gloss the feeling of love with sassy `cool` lines. Director Satish Kaushik plays the romance on the straight and narrow path. And that`s just about the most comforting aspect of this basic simple and predictable boy-meets-girl tale.

The principal performances range from precocious to authentic. Surprisingly Shahid tends to go overboard in the early comic sequences. But he makes up for the excesses in the second-half with expressions of a lover`s anguish over Cupid`s awry arrow.

Kareena looks gorgeous and slim in some scenes, gorgeous and relatively plump in other scenes. In totality the chemistry is quite palpable, much more so than in some of the other much-hyped love stories that arrived lately with a bang and fizzled out without the pang of love being palpable in a single frame.

In "Milenge Milenge" you do FEEL for the lovers. Maybe it has to do with the fact that we know what the film`s lovers do not. That the actors playing them were involved not too long ago. But hush!

The makers of "Milenge Milenge" have denied reports that actress Kareena Kapoor is playing truant with producer Boney Kapoor in doling out shooting dates for the promotional video and publicity shoot of the film. Read More

Love happens, if you let it ; even if destiny has to step into lend a hand. But when it`s about finding that special person you`re going to spend the rest of life with, should you risk tempting fate with a test of that love or should you just embrace your destiny?

Priya (Kareena Kapoor) believes in love. All she wants to do in life is find her Prince Charming and live happily ever after. When a tarot card reader (Kirron Kher) tells her that she will find him on specific day, wearing specific clothes, Priya is over the moon.She flies off to attend a youth festival in Bangkok. Here she meets Amit (Shahid Kapoor) on that specific day, wearing specific clothes. The attraction is instant. And she`s convinced he`s the guy for her.

But just as the festival comes to an end, so does her love story. Amit, tries to woo her back by telling her that they are destined to be together. Priya retorts that if it is indeed destiny, then they will find each other again, even if all they know of the other is the name!

Years go by and both of them move on in life. Both are engaged to married, but neither is happy. Priya has this horrible nagging feeling that Amit was indeed her one true love.Amit too feels the same about her.

Will destiny play cupid again and conspire to bring them back together? Or will destiny take her revenge for being thwarted?

You`ll find the answers in Milenge Milenge, a delightful fairytale of a romantic comedy that will make you fall in love all over again 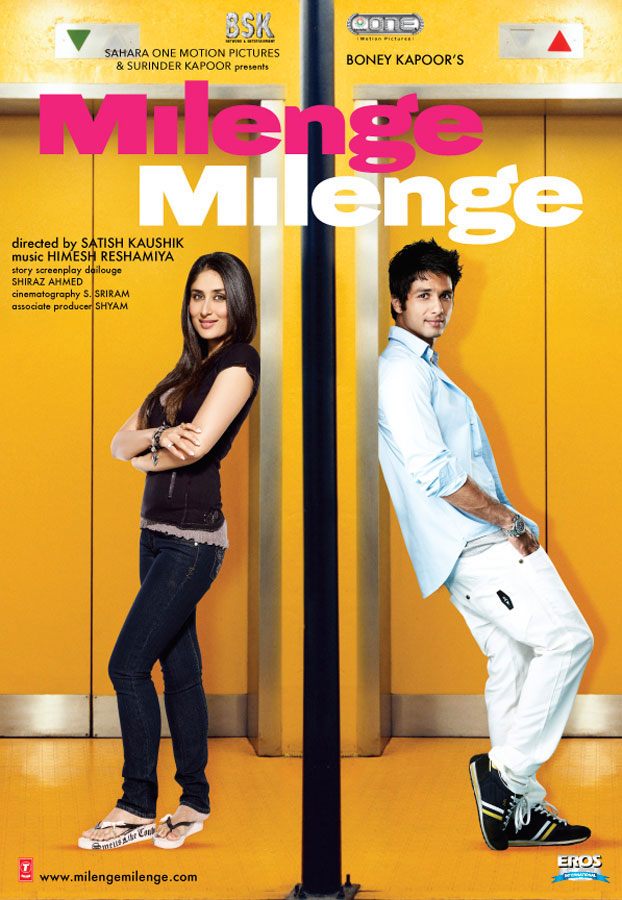 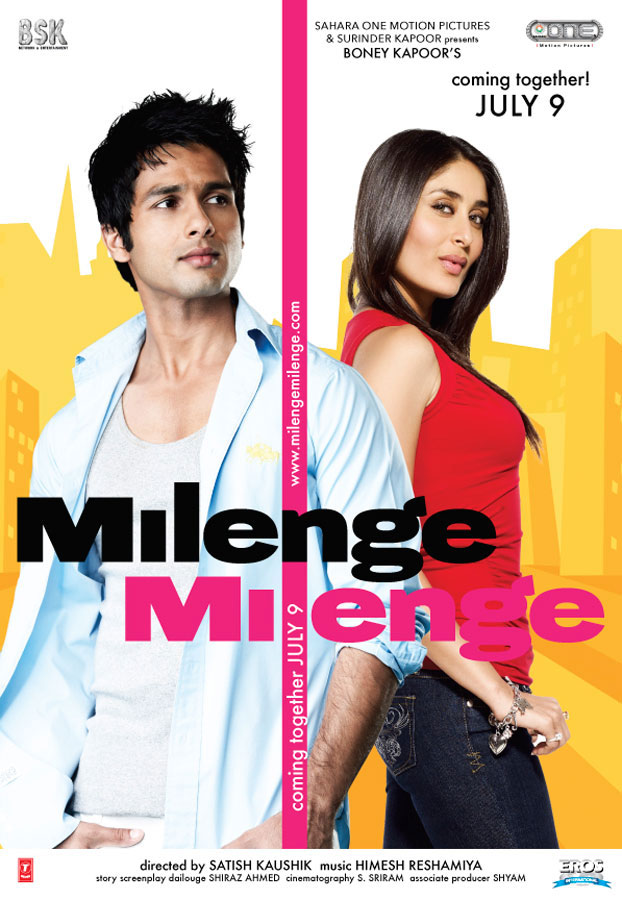 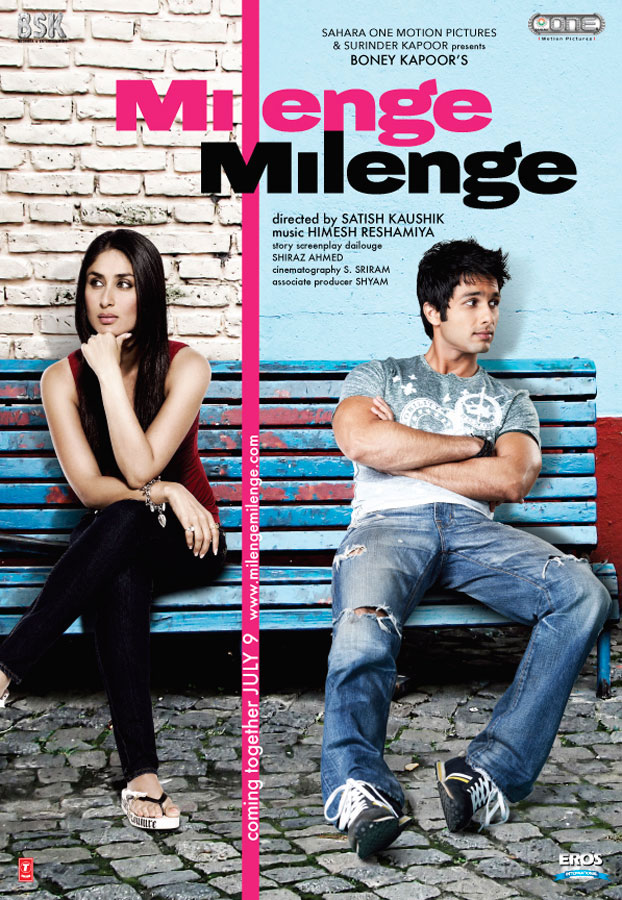 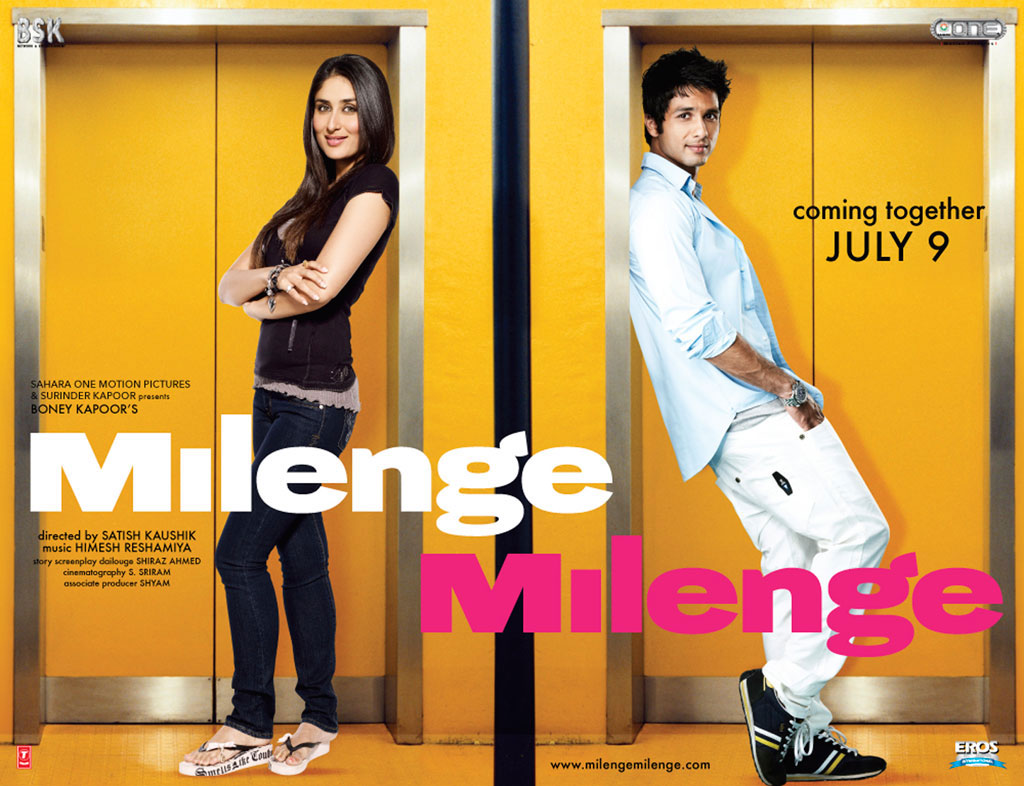 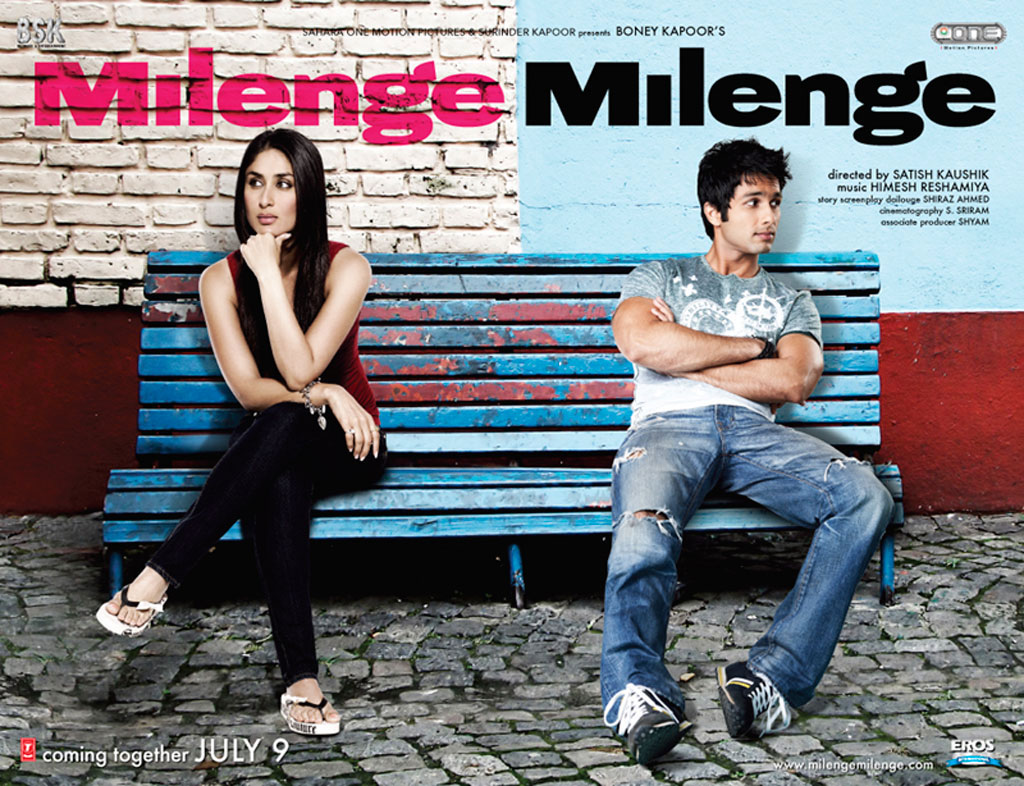