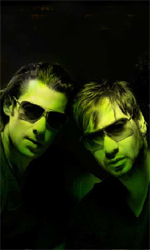 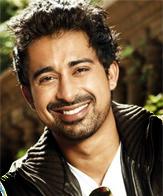 Two friends Arjun and Manu from childhood share a common dream - they both wish to see Manu become a big singing star.

Arjun migrates to London with his sullen uncle, runs out of the airport and becomes a a rocker almost overnight! Small and very accommodating world.

The sequence where Arjun, now grown into a punk-styled Ajay Devgn sings at Trafalgar Square and within few minutes acquires three band members, could be a self-defining advertisement for opportunities for Asians in Britain.

British soil never seemed more welcoming. Although Salman Khan playing the wild and warm Manu is allowed to make innumerable digs at the Indian revenge on their old colonisers, London seems to say namastey (hello) most warmly to all the characters in the film.

How is the city to be blamed if the characters hide a deep, dark and negative side to their personality that bubbles to the surface in toxic fumes burning and destroying the music and harmony of the spheres?

Vipul Shah`s "London Dreams" aims for a more penetrating and profound look at the life of Asians in Britain than "Namastey London". The characters here are far more complex and dark. But their presence is constantly challenged by the predictable and often banal narrative.

From the first few frames, when we see the two friends in rural Punjab share Arjun`s international musical dreams, we know exactly the way this story is heading. And that includes the love triangle that grows in London among the intense self-flagellating Arjun, the carefree Manu and the happy-go-`lanky` girl-next-door Priya.

One of the film`s seven-eight truly warm sequences shows Asin practising Bharatnatyam in front of her conservative Tamilian father. The dance steps transform into jig the minute dad ain`t looking.

Such moments are far too few in Shah`s sombre-and-straight narrative. Spontaneity is at a low premium among these wannabe rock stars.

No matter what the length of the rock band members` hair, no one is in a hurry here to let their hair down. They`d rather let each other down. The dramatic confrontations work when they`re done unselfconsciously. Some of them, like the confrontation between the two Pakistani brothers in a back-alley of London after the one tells the other about Arjun`s treachery and betrayal, is plainly mawkish.

Because the film forever has its pale heart in the right place, the length (nearly three hours) is largely excusable. The meandering atonal music score by Shankar-Ehsaan-Loy is not.

Why would stadium filled with the whites be screaming at our rockers singing these listless songs? And what does the dream of the band London Dreams really mean?

Move on to the wider questions of jealousy, insecurity and over-ambition and the film delivers wispy wallops in a steady and honest tone. Though the music is plainly awful, the background score by Salim-Suleiman fights a pitched battle against the mediocrity of the songs.

Among the cast, Ajay gets to the heart of his troubled and overreaching character and pulls out a well-balanced performance, though he hardly looks like a rock star - the multiple earrings and other exterior preparations make us cringe. The curly-haired newcomer Aditya Roy Kapoor is an interesting presence.

They were childhood friends with little in common except for the musical background of their respective families. While Arjun was consumed by a passionate drive to get on stage and realise his grandfather`s unfulfilled dream, Mannu had little interest in his music tutor father`s instruments and was content with remaining a child at heart with no higher ambition than enjoying the good things in life.

But little did they know as they grew up that someday it would be music that will bring them together - and drive them apart.

While Arjun ends up in London and works his way up from the streets to forage a band - London Dreams - with Zoheb and Wasim, two Pakistani brothers, and Priya, a music enthusiast from a conservations South Indian family, far away in Punjab, music becomes just a mere survival tool for Mannu, who takes to playing at weddings in the village.

Then Arjun does what good friends do - brings Mannu to London to become a part of London Dreams - and soon regrets it.

Overnight, the irreverent Mannu, with his inherent musical gift, effortlessly achieves the adulation and glory that had taken diligent Arjun years of struggle and sacrifice.

But when Arjun also loses Priya, the giirl he secretly loved to Mannu, he battles his inner demons to devise a sinister strategy to destroy his best friennd. As the band goes on a three-city tour of Paris, Rome and Amsterdom, Arjun meticulously sabotages Mannu`s career and love life...

Finally, at Wembley, one of Europe`s largest stadiums, where he hopes to have his moment of glory, a rude shock awakens Arjun - at the expense of his band, his friendship and his credibility - a humbling experience that teaches him the true meaning of acceptance in life. 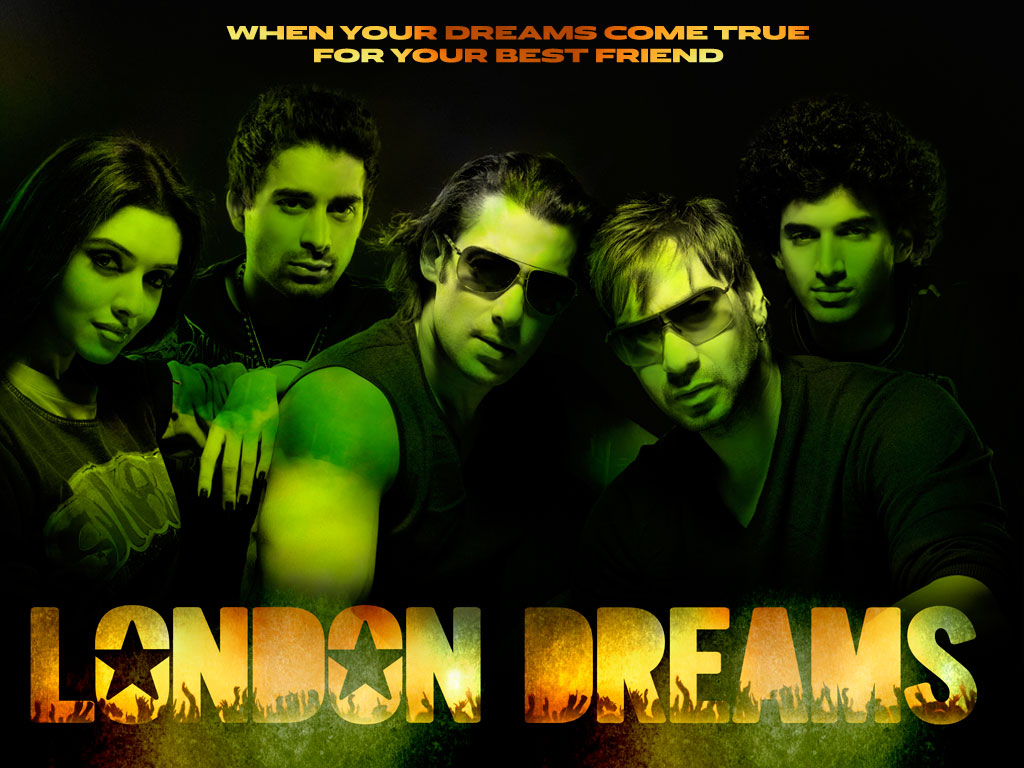