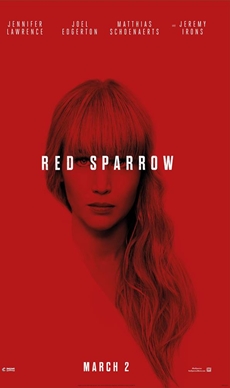 Based on the similarly titled novel penned by former CIA operative Jason Matthews, director Francis Lawrence's espionage thriller is an icy, controlled, provocative and at times a deliberately problematic piece of work.

Set in an interesting period that suggests the existence of the Cold War between the US and Russia, the film lurks in the shadows where trust is a commodity that no one can afford to lose for the fear of sparking a huge international embarrassment or a full-scale war.

The narrative follows a Russian Ballerina Dominika Egorova, who is forced by her uncle Ivan Egorva (Matthias Schoenaerts) to enter SVR - the Russian Intelligence Service. She is enrolled in a secret school for spies where she is trained to become a "Sparrow".

The core of the programme is solely to be trained in the ways of seduction in order to extract information from the opponents. After a humiliating and gruelling training that strips Dominika to her core while broadening her understanding of her own abilities, she is sent to Budapest to set upon CIA agent Nate Nash (Joel Edgerton) in the hope of exposing a high-ranking mole in the Russian government.

The star attraction of this film is Jennifer Lawrence. As Dominika Egorova, she literally strips herself of any inhibition present. Her interpretation of the character elevates the material in hand at all times. From dancing ballet to being tortured, Lawrence does a fantastic job of showing us the strongest and weakest moments of her character.

Joel Edgerton as the CIA man who had to flee Russia after he was nearly caught meeting a high-level Russian intelligence officer feeding the Americans secrets, slips into his role effortlessly. His onscreen chemistry with Lawrence is palpable.

Apart from the duo, the incredible cast that supports them includes Mary-Louise Parker as Stephanie Boucher, the American traitor, Jeremy Irons as General Korchnoi and Ciaran Hinds as Colonel Zyuganor, Charlotte Rampling as the Matron of the secret school and Matthias Schoenaerts as Dominika's shrewd and manipulative Uncle Ivan Egorov. They are all secondary characters, yet they all excel.

Those expecting the film to be a high-voltage action-packed thriller would be disappointed. The film contains almost no action, generally relying on dialogues, exposure and constant interaction between key figures within the complicated narrative. In other words, at its centre, the film is more drama than action, focusing more on the dehumanisation of training that creates spies and the tangled relationships between agents. There are a few bursts of violence, mostly around intense scenes of torture.

And one of the biggest attractions of the film is the relevant topic that it touches. The abuse of power, manipulation, corruption, rape and torture are some of them.

The pacing of the film is an issue. There are moments that roll on a really slow burner, but then that's how the film was designed.

Technically with ace production values, the film is aesthetically mounted. Overall, the film is entertaining and is a brilliant character study of an efficient spy.

Actress Jennifer Lawrence was seen hitching up her sequinned dress to climb over rows of chairs to get to her seat at the 90th Academy Awards here -- and that too with a wine glass in hand.Lawrence, 27, dazzled in a platinum sequin Dior gown and strappy heels. She did not fall.She hiked up her dress and raised a leg over a chair at the Dolby Theatre, holding her floor-length gown in one hand and a full wine glass in another, reports foxnews.comRead More

Dominika Egorova is many things. A devoted daughter determined to protect her mother at all costs.

A prima ballerina whose ferocity has pushed her body and mind to the absolute limit.

A master of seductive and manipulative combat.

When she suffers a career-ending injury, Dominika and her mother are facing a bleak and uncertain future. That is why she finds herself manipulated into becoming the newest recruit for Sparrow School, a secret intelligence service that trains exceptional young people like her to use their bodies and minds as weapons. After enduring the perverse and sadistic training process, she emerges as the most dangerous Sparrow the program has ever produced. Dominika must now reconcile the person she was with the power she now commands, with her own life and everyone she cares about at risk, including an American CIA agent who tries to convince her he is the only person she can trust. 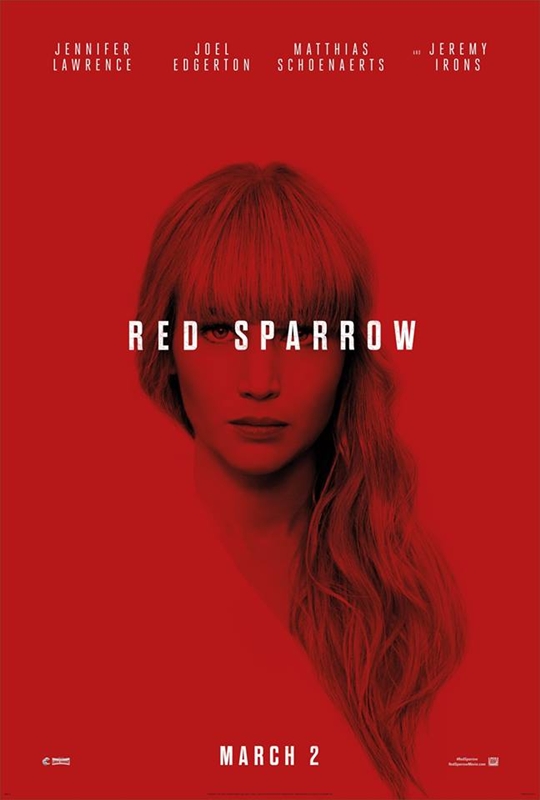