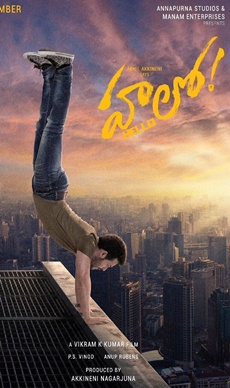 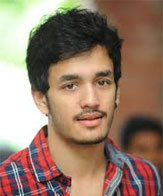 There is much yet to be said about the first flush of love. Luca Guadagnino's "Call Me By Your Name" does it in one way. Vikram Kumar, more conservative than those pants-dropping Italians does it another way in "Hello", the new engaging Telugu film re-launching young Akhil Akkineni as a man so in love with a girl he met during childhood at a traffic stop that he can't get pass a traffic jam.

Inured in improbabilities but driven by a kind of endearing innocence that makes love's most improbable lurches seem tenable, "Hello" gets your attention for its simplicity and absence of swagger.

The lead pair Akhil and newcomer Kalyani Priyadarshan have a much more difficult task at hand than it outwardly seems. For most of the film, the couple has to be in love without showing it to one another.

In most of the supple narrative, Akhil searches for the girl he loves. It's all about finding rather than enjoying love. This is where action takes over. The chase sequences last for what seems like an eternity. And we thought only true love lasted that long!

The narrative is unable to create a sense of deep longing. This isn't that kind of film. This is Mani Ratnam's "Alai Payuthe" without the angst and the hurt.

"Hello" is high on ideal love. The kind where Mills meets Boon with a heavy heart and a tune.

The Valentine flavour is pungent. Director Vikram Kumar lays on the schmaltz in just the right doses. The childhood portions of the romance are shot in a kind of mellow monsoonal haze of rain and melody on tree tops and at paani-puri stalls, over-layered with bouts of athletic sprints where the hero must chase down various goons who inadvertently obstruct his view of ideal love.

In both the romantic and action scenes, Akhil executes himself with an understated aplomb. None of that big-boy bravado that Telugu-Tamil stars brandish to appear heroic. However be warned, the chase sequences in a mall and down a cluttered highway though exciting are unnecessarily prolonged and serve no purpose except to remind us that the hero is an all-rounder.

Debutante Kalyani has less to do. And she does it without fuss or fanfare.

There is a refreshing quietude surrounding the love relationship in "Hello", as though the director wanted us to know there is more to on-screen love. While Akhil and Kalyani convey all the tender longings of a couple fated to struggle to find each other, Akhil's parents are very effectively played by Jagapati Babu and Ramya Krishna.

Ramya, fresh from her triumph in Baahubali, has a very moving moment with her onscreen son when he finally acknowledges her as his mother rather than "aunty". Such illuminating moments don't occur frequently enough in "Hello". The narrative is so taken up with following its young hero's pursuit of love that it barely has time to pause to catch its breath. When it does, there is music in the air that's hard to define and even harder to resist.

Telugu film star Nagarjuna has been super-busy in the closing months of 2017, but he is satisfied and happy about the response of the audience and critics to his son Akhil Akkineni's movie "Hello".

"There was my son's film 'Hello' and there's my own film with Ram Gopal Varma," Nagarjuna said

"For me, my son Akhil's film was more important than anything else. I've never been more nervous about aRead More 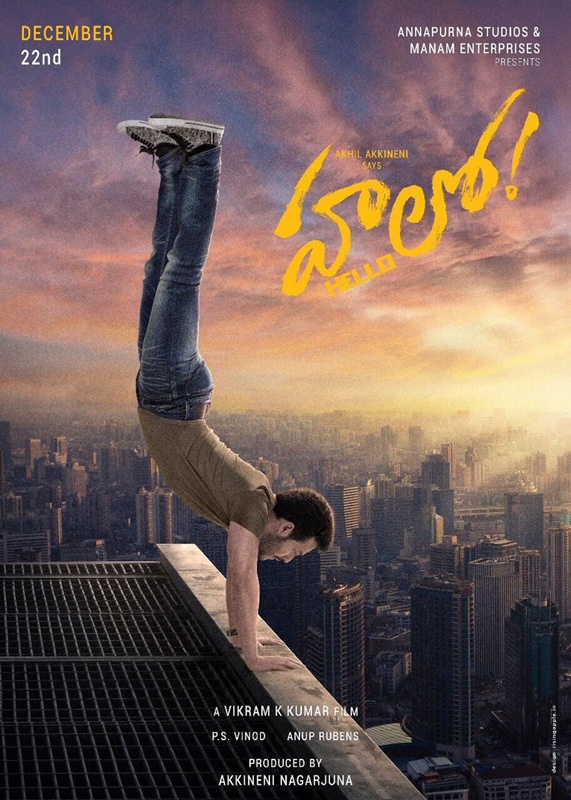