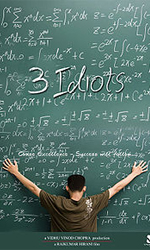 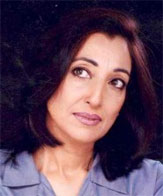 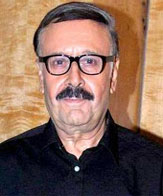 By now, Aamir Khan has hit so many sixers in his career that we can only wonder what this maestro of marketing intends to do next. For sure, 3 Idiots is yet another vehicle to showcase Aamir`s sparkling ability to be part of a cinema that creates a colloquial yet classy language of thought provoking punctuation, syntax and exclamation.

3 Idiots is first and foremost a tremendously entertaining piece of cinema. The boys-will-have-fun atmosphere on an engineering campus is shot with the devious humour and warmth of a joke that has not lost its punch even after years of re-telling.

Some things never change in a straightjacketed society like ours. And really, when Rajkumar Hirani, with help from his co-writer Abhijat Joshi, sets down to criticise the glaring anomalies in our education system, we are compelled to wonder for a few seconds, if flogging the sacred cows of our institutionalised system of governance in cinema is not just an excuse to pull out all stops and let the young heroes have all the fun that their more disciplined counterparts deny themselves.

The thought processes underlining the film`s super-vibrant but calm surface are never allowed to seep out and bubble to the exterior of the narrative. If at heart 3 Idiots is a serious indictment of our education system, at the surface it`s a character-driven film played out at an observant and opulent but always-feisty octave.

The sounds of protest against the curbs, checks and downers in our education reach out to us in a cascade of crisply-written lines spoken by characters who have lived out the nightmare that precedes that long journey into the realisation of our dreams.

At times, the narrative is savagely funny. Note the sequence where Rancho (Aamir Khan) and his girl take the critically ill old man to the hospital on a scooter. Hirani has always seen humour of mortality. He has a potent style of storytelling, a mix of street wisdom and cinematic sensitivities that come together in a noiseless tango of social comment and entertainment.

The director is strangely shy of displaying emotions. So he counters the melodrama of his third hero Raju Rastongi (Sharma Joshi)`s life with black-and-white 1960s` self-mocking background music.

Ironically, Hirani`s unconventional hero Rancho often goes the other way and sheds manly tears for colleagues, friends and tormented young citizens of modern India who are crippled by a despotic disregard for their natural creativity.

Aamir undertakes his character`s journey through the paradoxical labyrinth of an ambition-driven education system -- incidentally the loopholes in our education was also the theme of Aamir`s Taare Zameen Par and Hirani`s Munnabhai M.B.B.S. -- with a gut-level understanding of what pains today`s average 20-something.

Aamir`s transformation into a 22-year-old collegian is so complete you end up wondering if he has been lying about being 40-plus in real life! Like most Aamir starrers, 3 Idiots too is predominantly his vehicle. Most of the funniest lines and inspiring situations in the script come from Aamir. And boy, does he play the boy-man with restrained relish!

Sharman as the poor middle-class boy driven to near-suicide by his parents` ambitions gets two meaty sequences. He chews on them with careful sensitivity, leaving a lasting impression. Madhavan as the third `idiot` expresses his smothered dreams through a series of half-expressed thoughts and a fear of unhappiness that reach his eyes without transit.

Kareena as the girl engaged to the tycoon with a penchant for putting a price tag on all his gifts, brings a dollop of sunshine and feminine grace to an otherwise masculine tale. She is so spunky and spontaneous you wish there was room for more of her. There`s even less of Mona Singh who`s again a spirited free soul.

The two ladies are, fortunately, part of the climax where our three heroes deliver Kareena`s sister (Mona Singh)`s baby on the office table - a clear indication that even an all-boys tale has no qualms about embracing maternal responsibilities if the situation arises.

But did 3 Idiots really need a manufactured child-delivered-in-crisis climax? Did it need those endless toilet-and-bum jokes? Couldn`t Boman Irani and the new actor Omi Vaidya have been delineated less hammily?

It`s not that 3 Idiots is a flawless work of art. But it is a vital, inspiring and life-revising work of contemporary art with some heart imbued into every part.

In a country where students are driven to suicide by their impossible curriculum, 3 Idiots provides hope. Maybe cinema can`t save lives. But cinema sure can make you feel life is worth living. 3 Idiots does just that, and much more.

n a nation where Bollywood and cricket are the biggest entertainment avenues for the common man, actors carry the onus of being socially responsible, says Boman Irani, known for exhilarating performances in films like "Munna Bhai MBBS" and "3 Idiots", among others.The 58-year-old actor, who entered Hindi films after he turned 40 -- as an "outsider", from English theatre -- but successfully cast a spell of joy on Indian audiences by crafting such memorable characters as Dr. Asthana (in "Munna Bhai…") and Prof Viru Sahastrabuddhe ("3 Idiots"), believes that it is important to be happy and make people smile.Read More

Bollywood's Mr. Perfectionist Aamir Khan has been recently declared the 'Creative Maverick' of Indian Cinema, at GQ Men of the Year Awards 2017 that took place on Saturday.Read More

Two friends (Madhavan) and (Sharman Joshi) embark on a quest for a lost buddy. On this journey, they encounter a long forgotten bet, a wedding they must crash and a funeral that goes impossibly out of control. As they make their way through the perilous landscape, another journey begins: their inner journey through memory lane and the story of their friend – the irrepressible free thinker Rancho (Aamir Khan), who in his unique way, touched and changed their lives. It`s a story of their hostel days that swings between Rancho`s romance with the spirited Pia (Kareena Kapoor), and his clash with an oppressive mentor, Viru Sahastrabudhhe (Boman Irani). And then one day, suddenly, Rancho vanishes....

Who was he? Where did he come from? Why did he leave?

The friend who influenced and inspired them to think creatively and independently, even as the conformist world called them three idiots. Where is the original idiot now?

Finally in misty mountains of unparalleled beauty, the friends find the key to the secret.

Three Idiots is a comedy of ideas that is as provocative as funny, as wildly entertaining as insightful. A laugh-riot that talks about the most important of human pursuits: self-actualization. 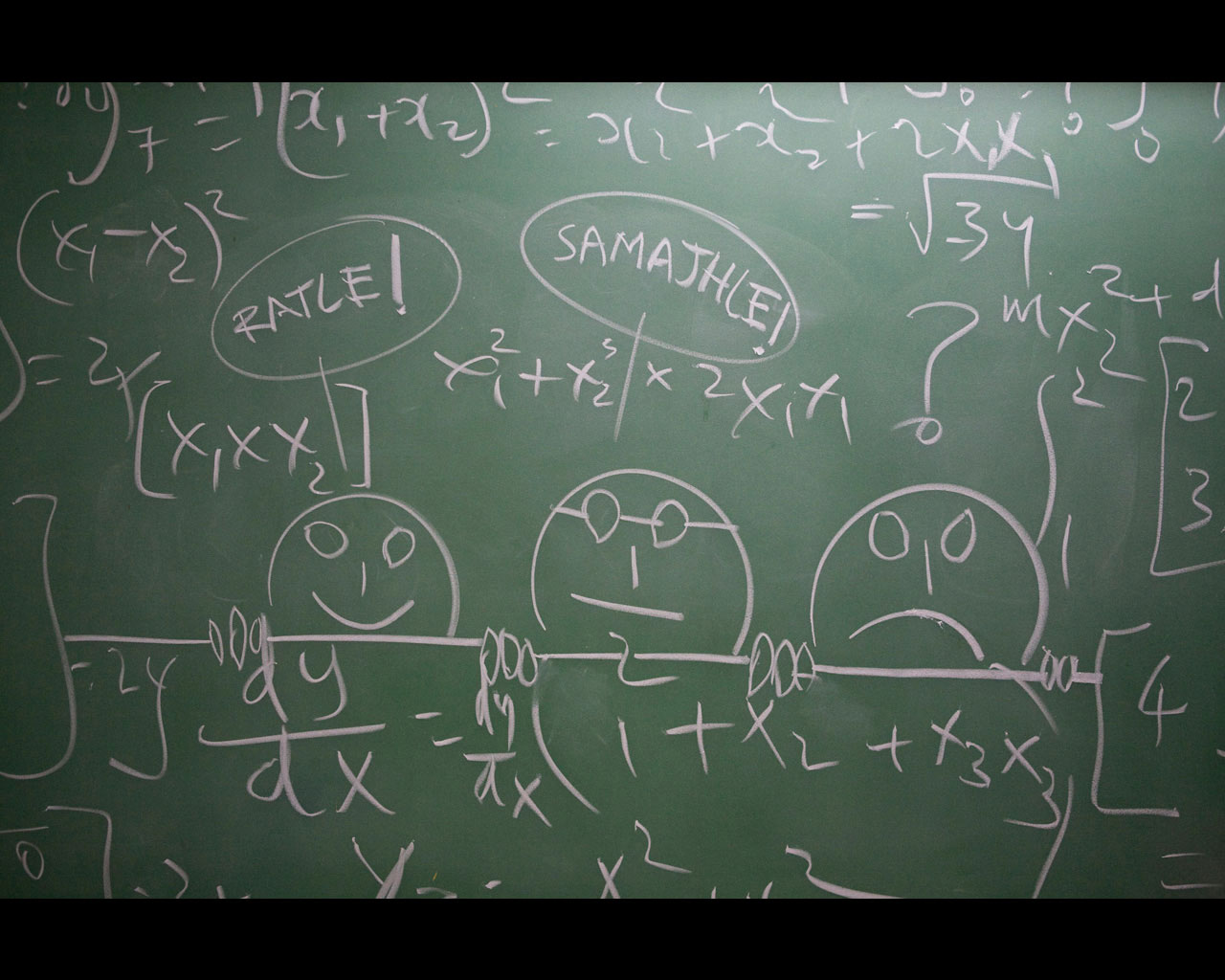 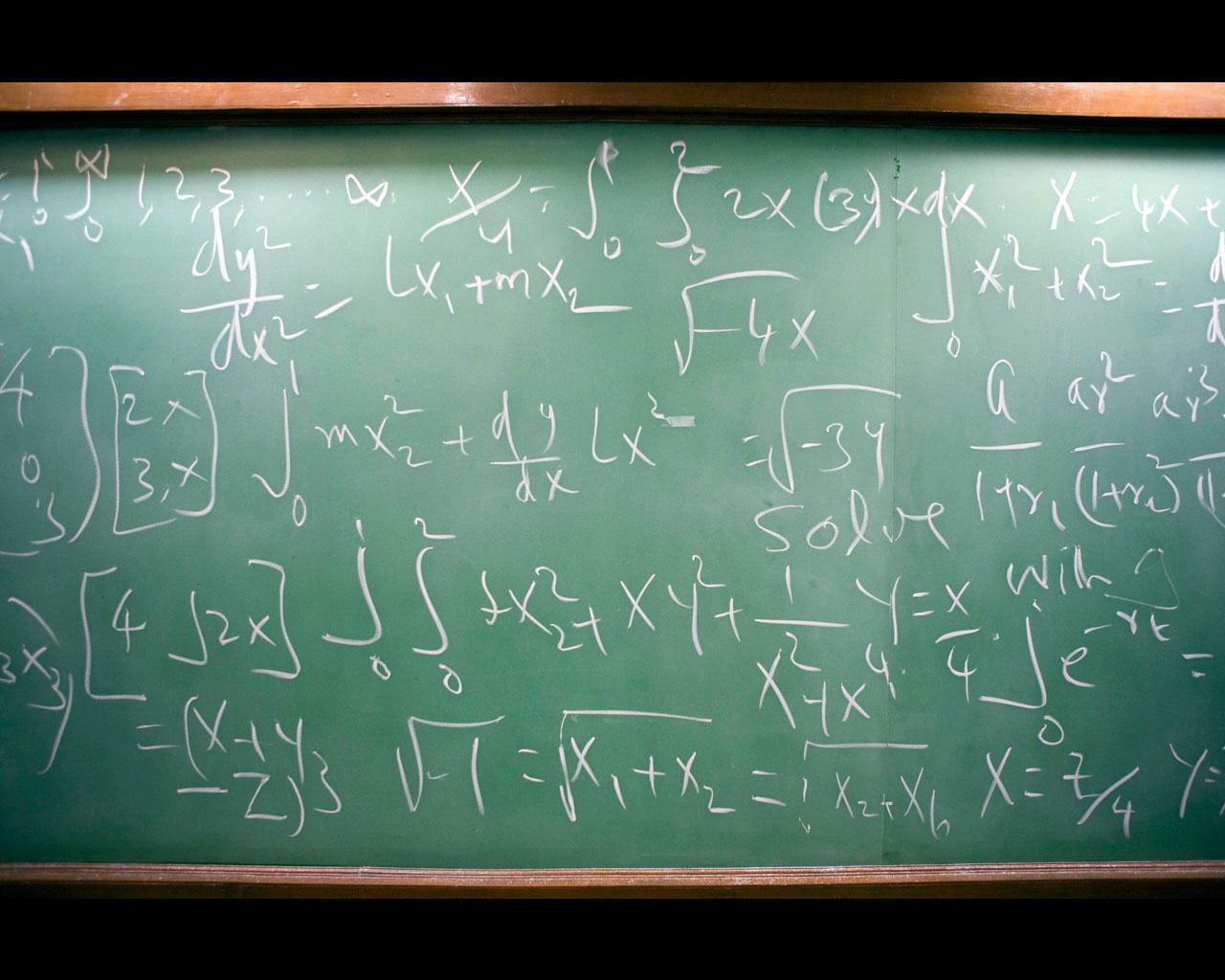 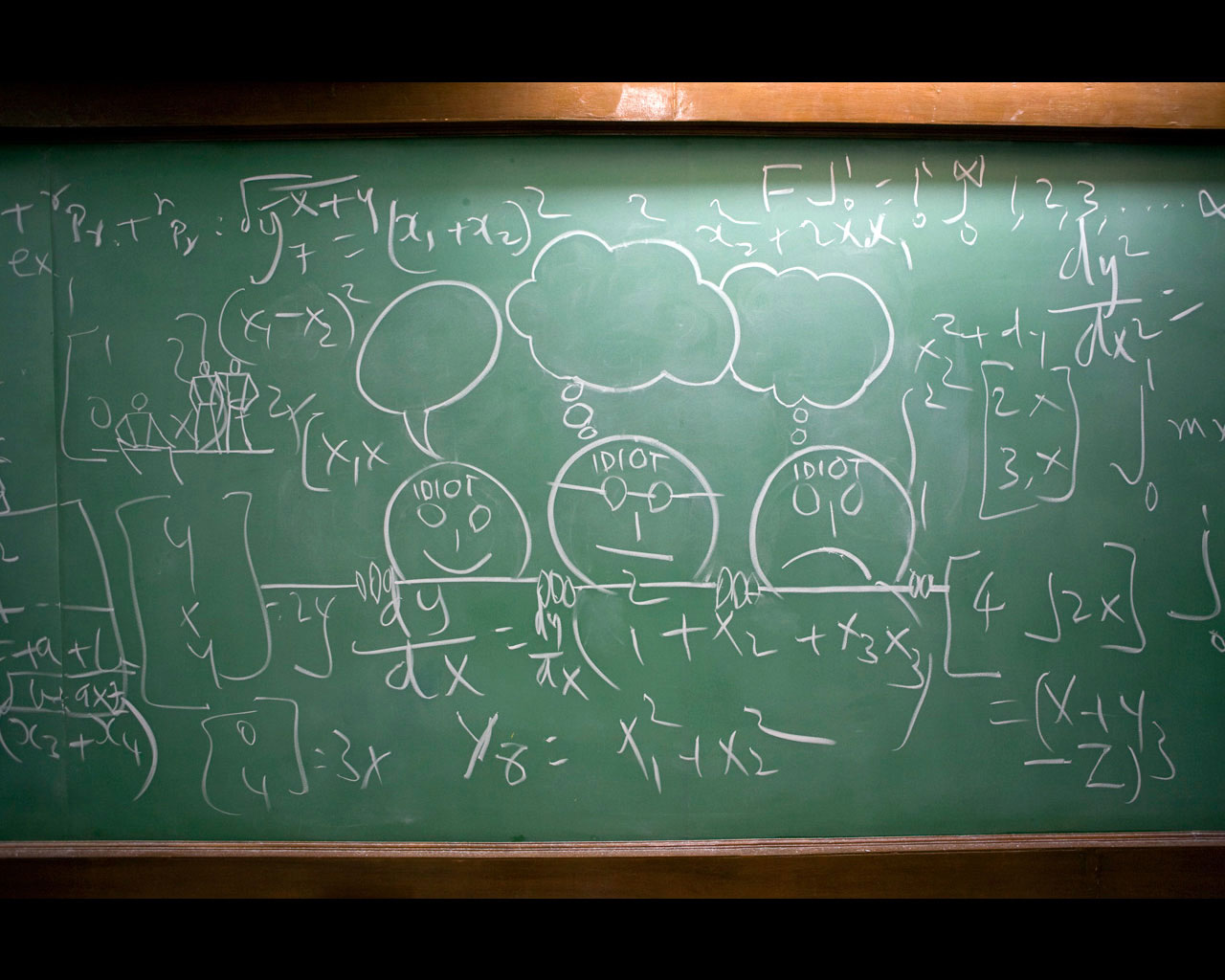 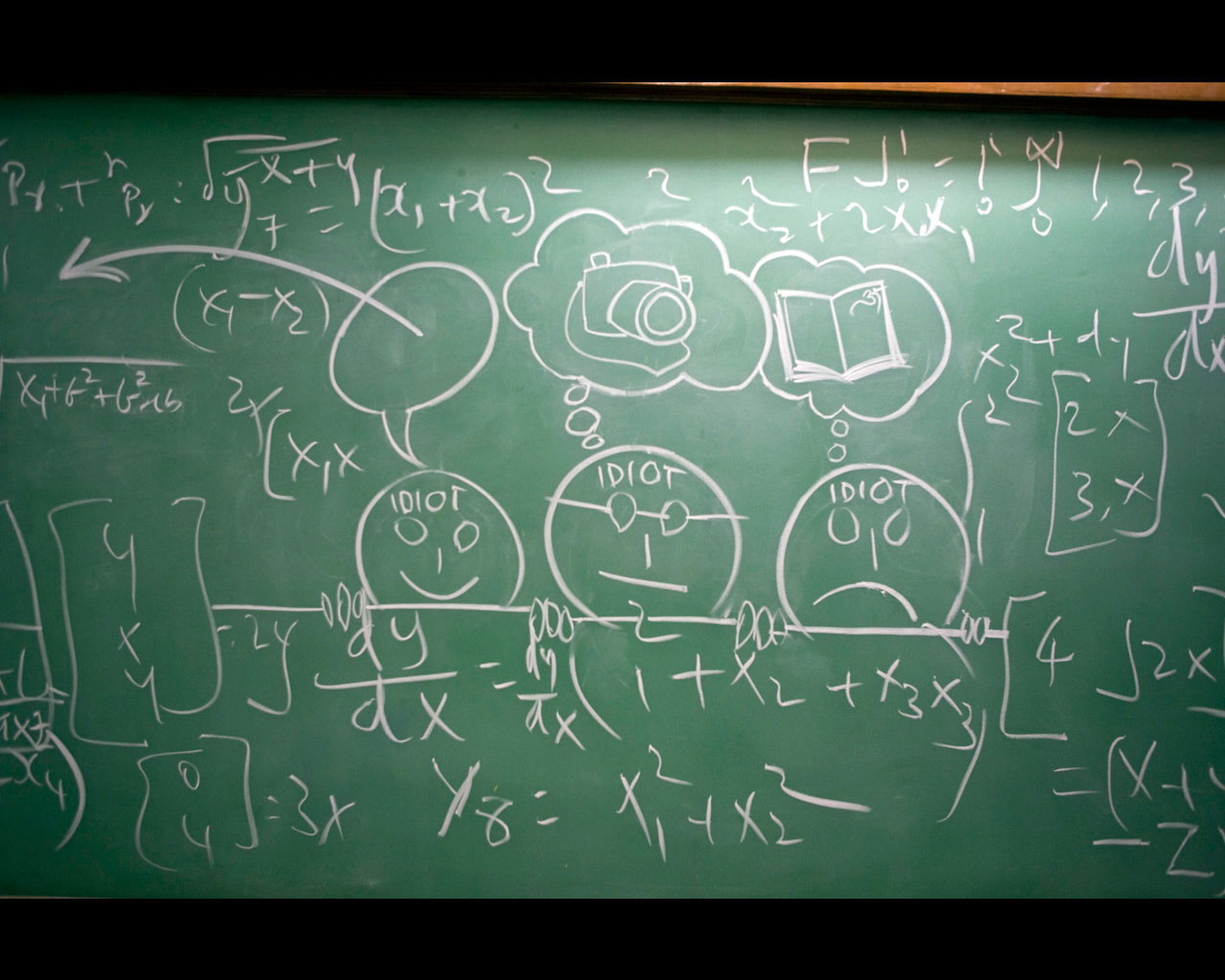 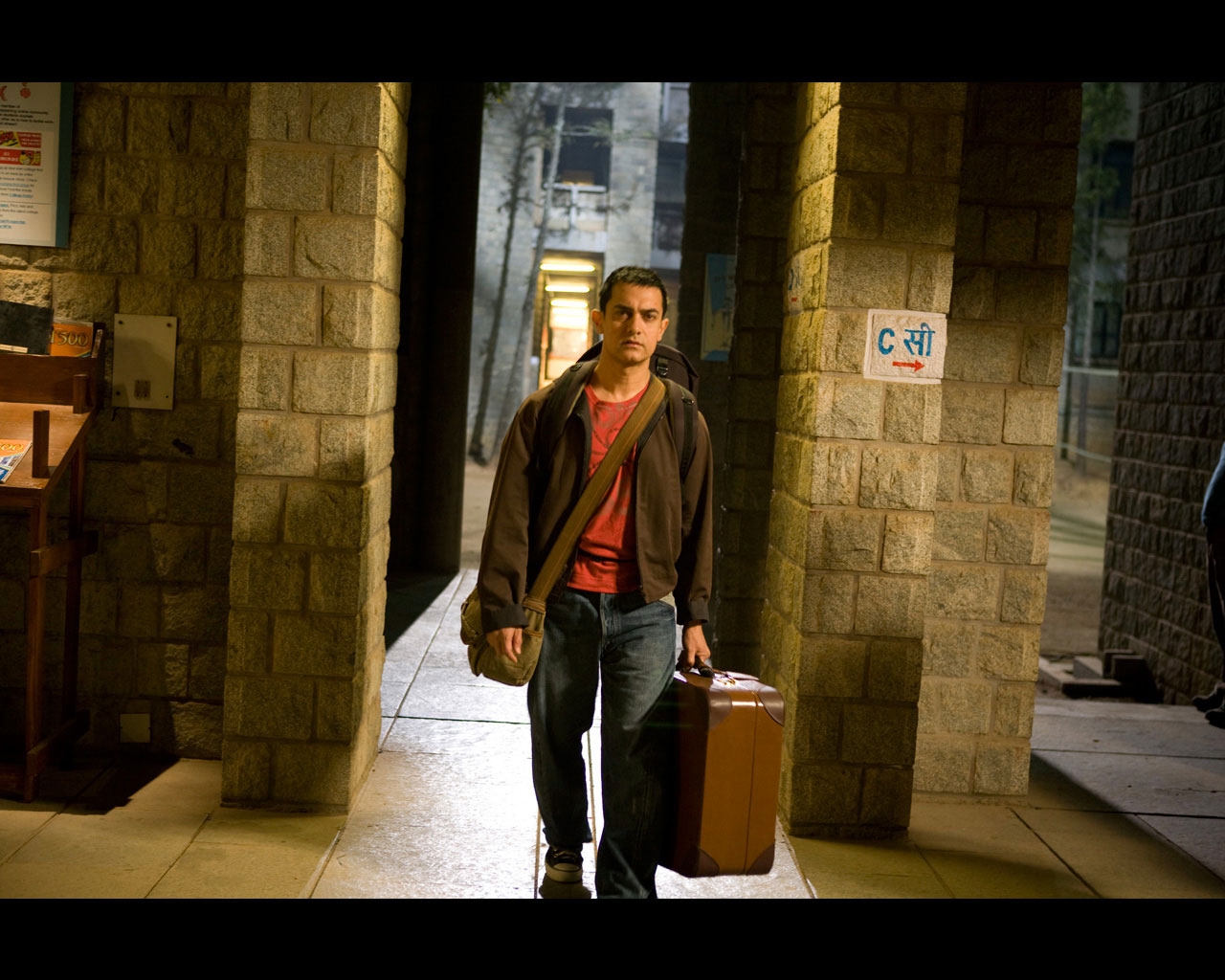 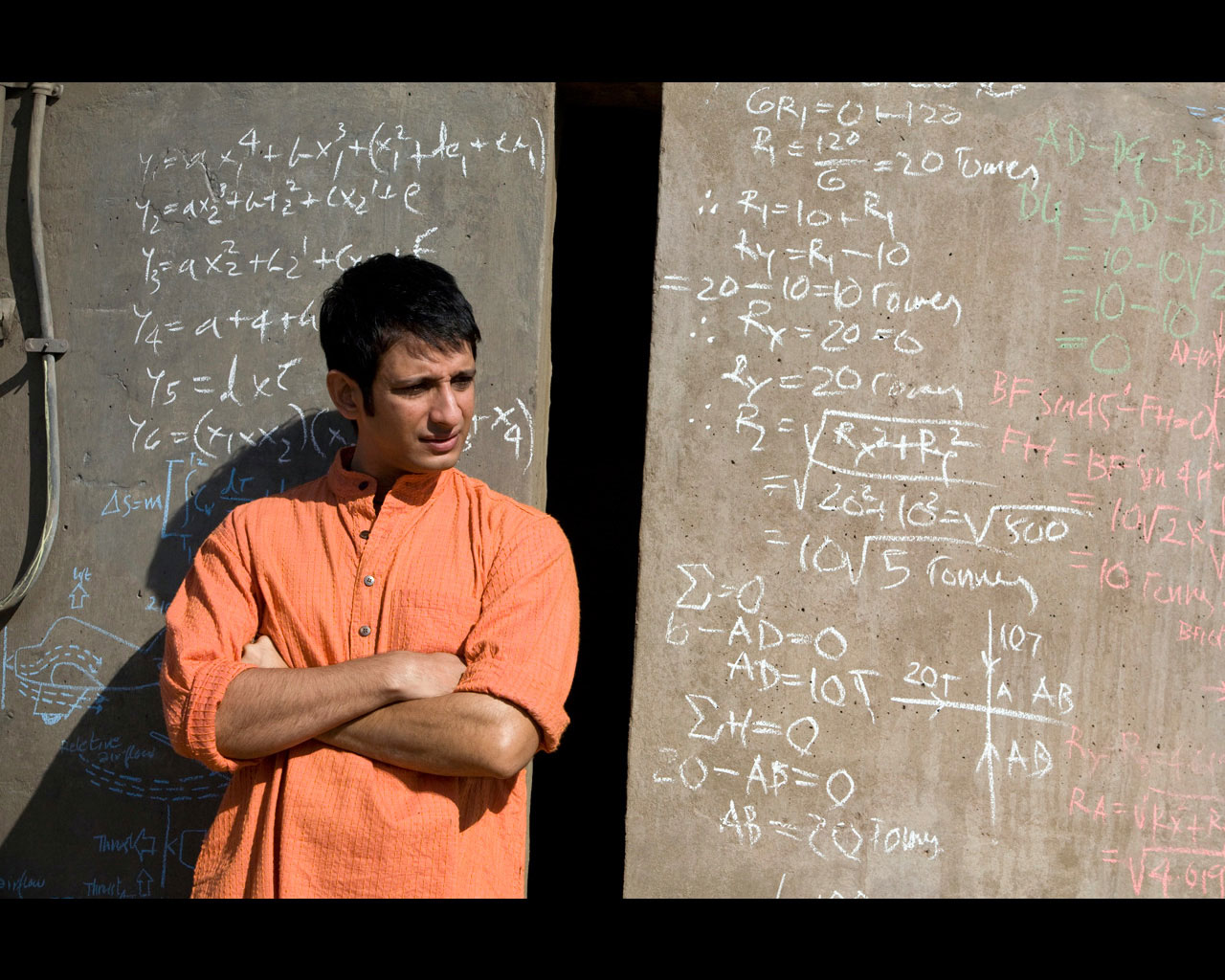 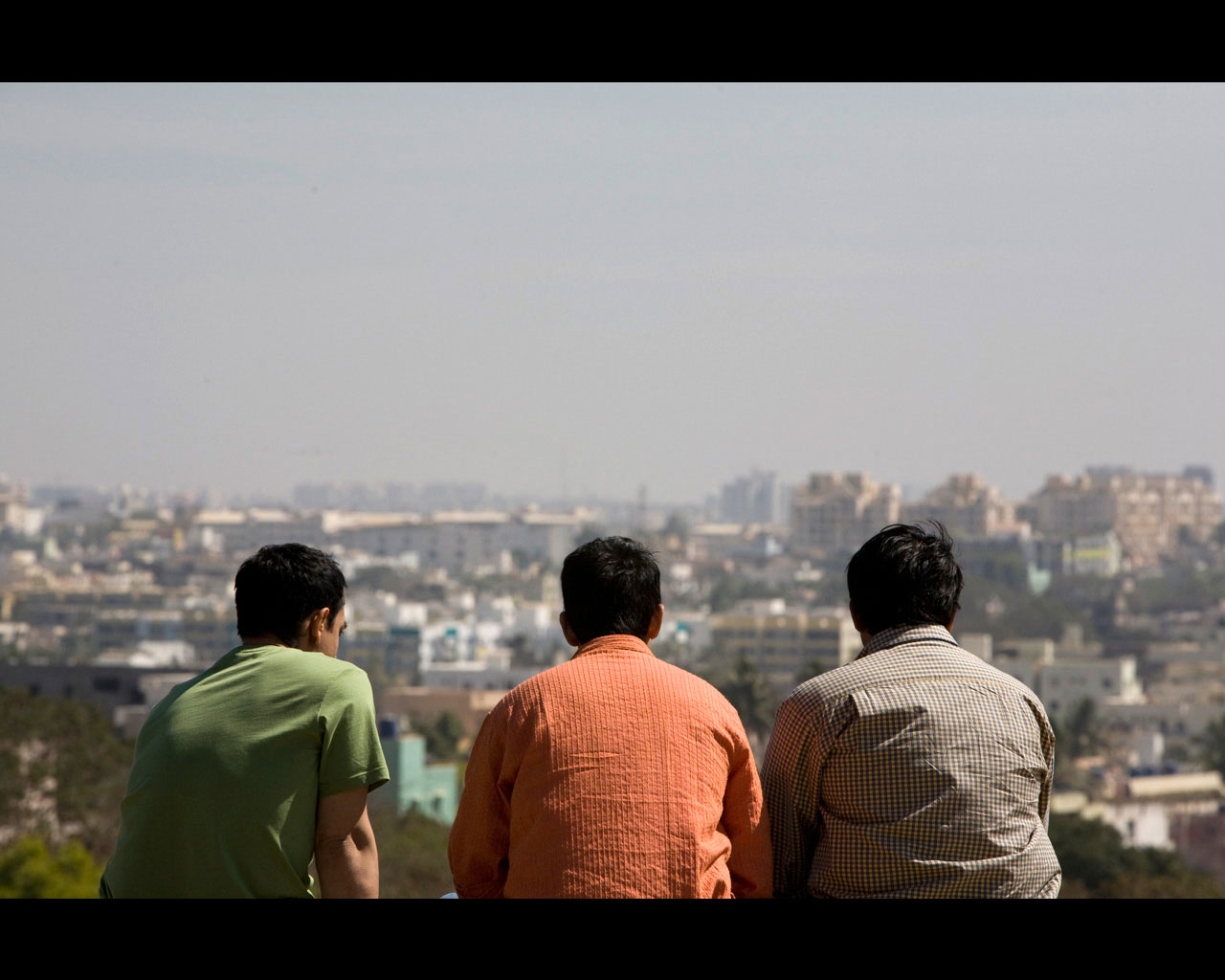 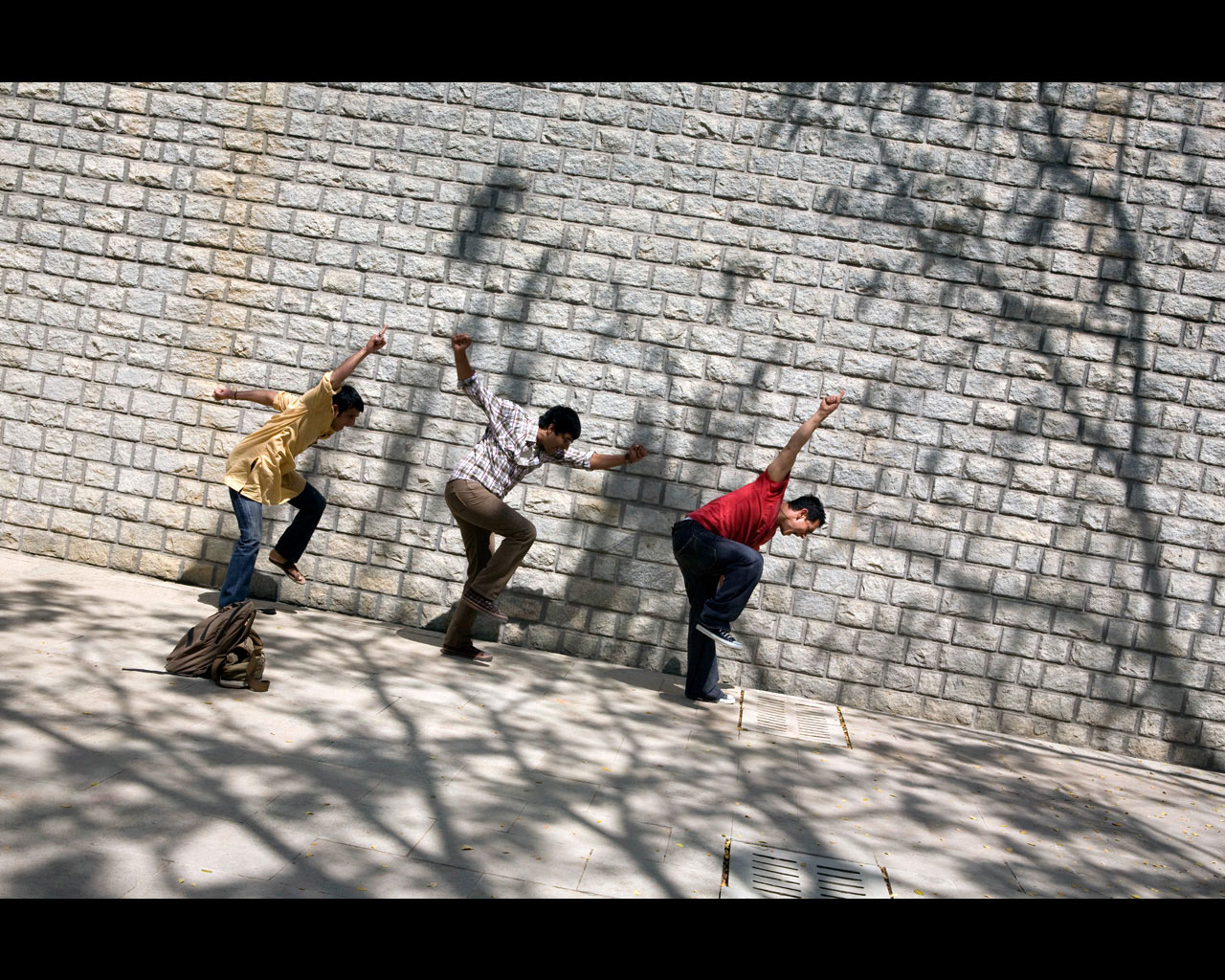 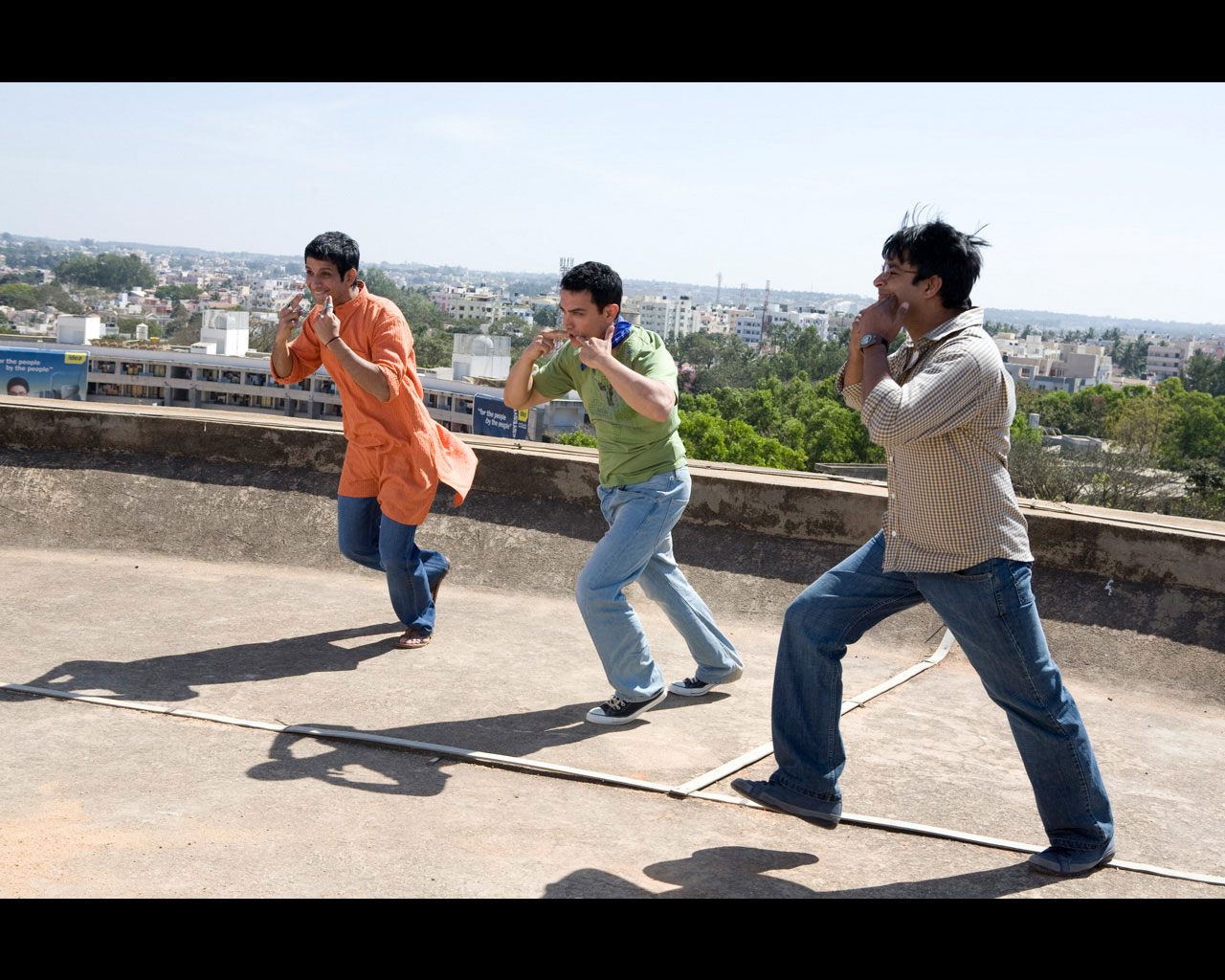 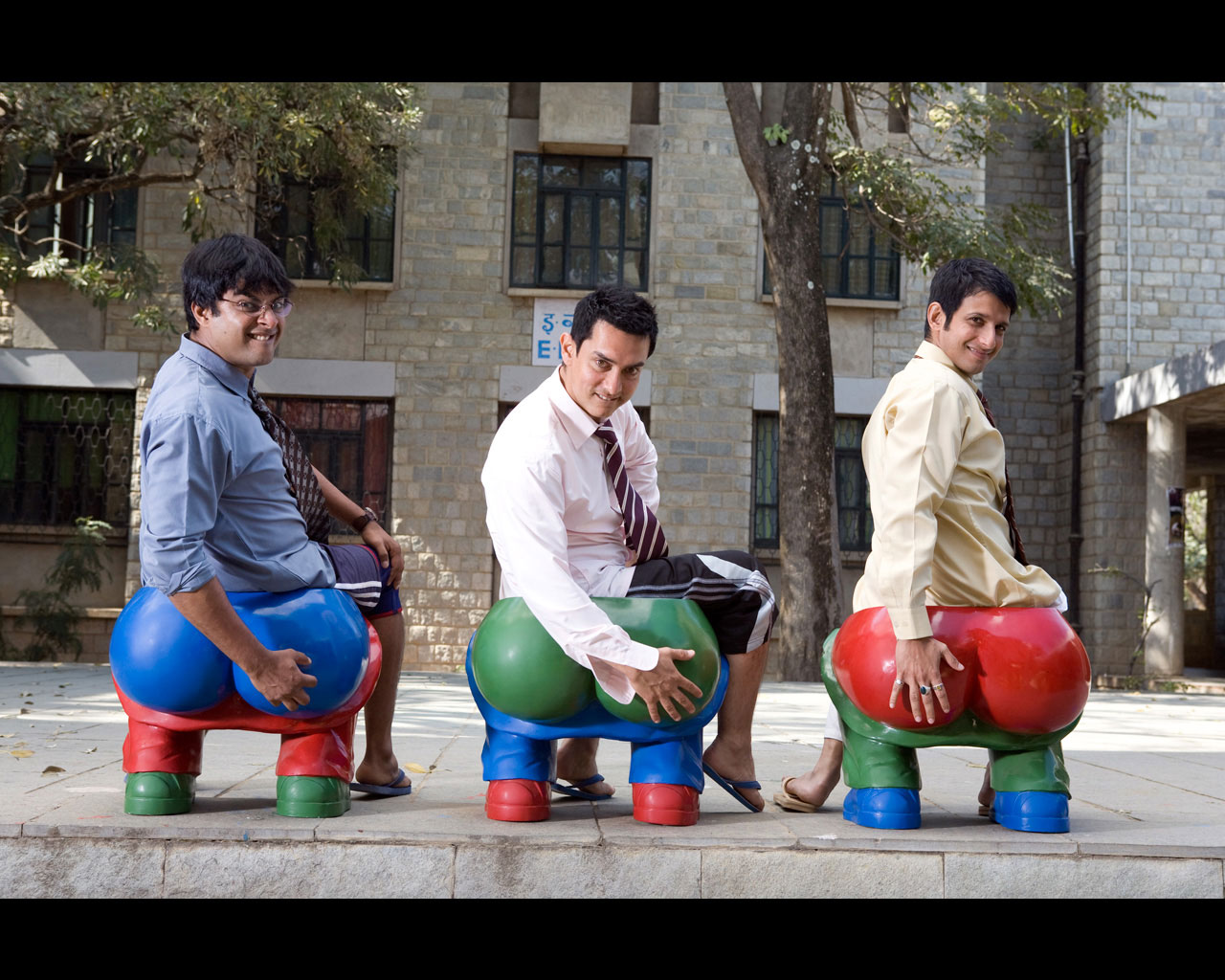 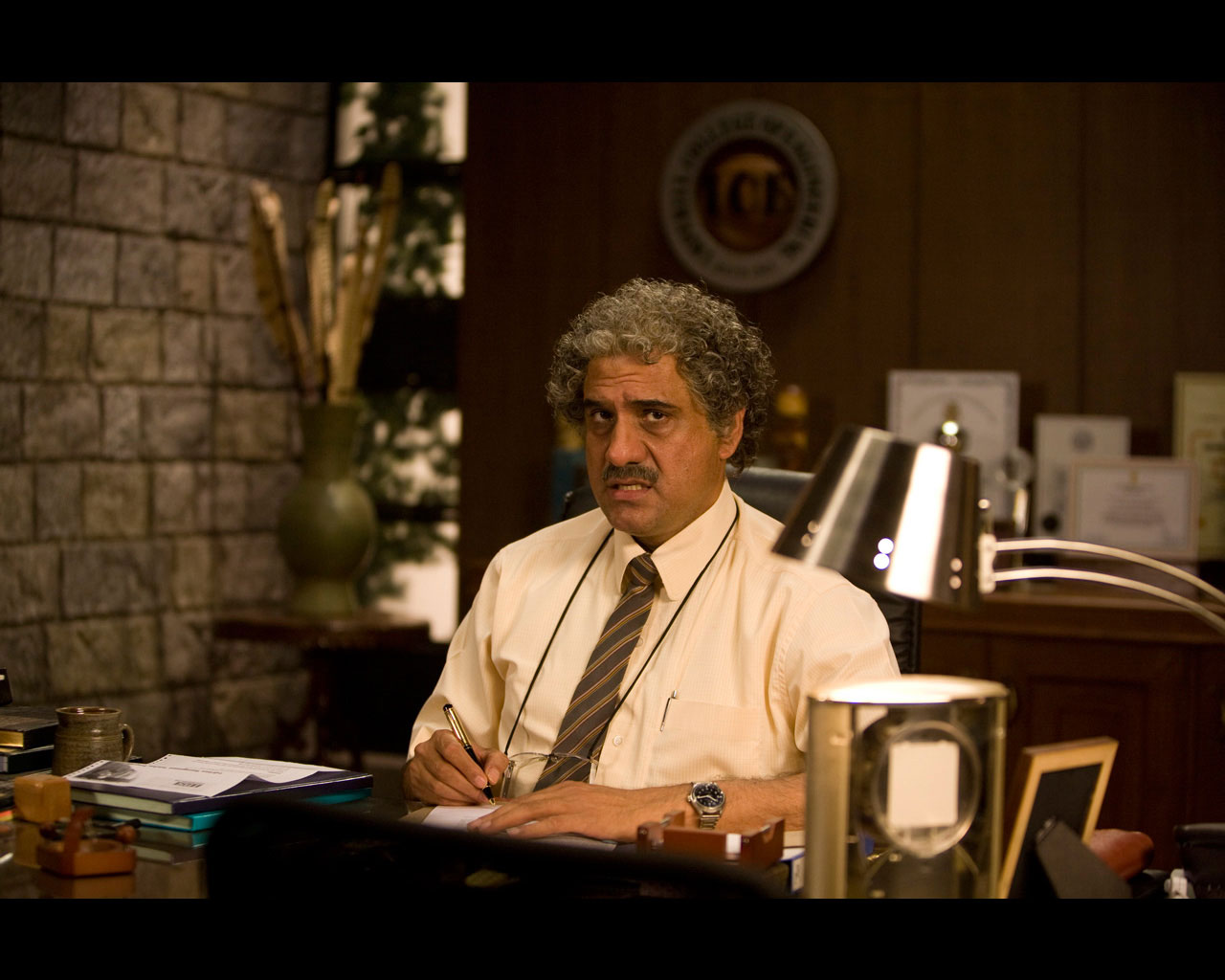 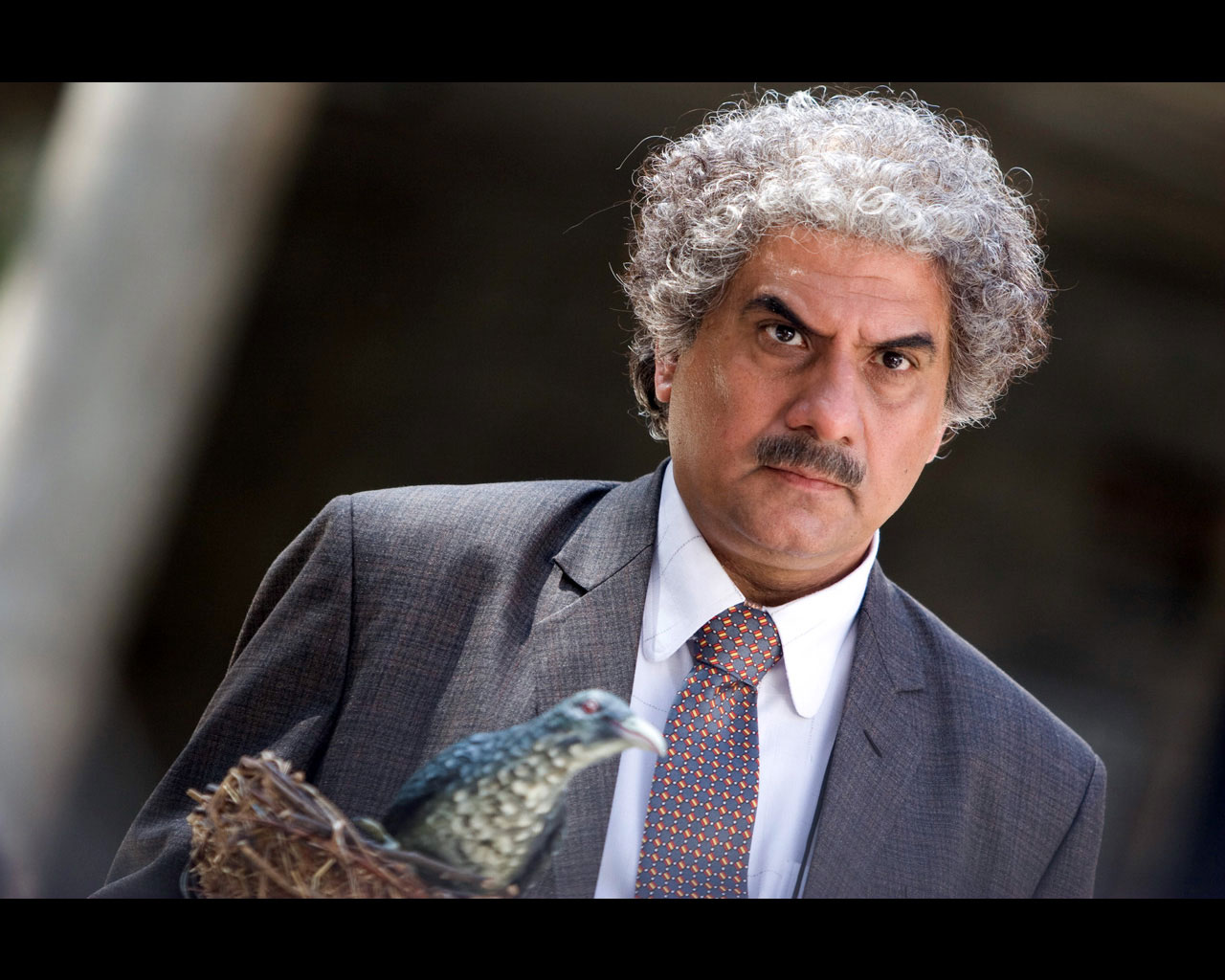