FANTASTIC BEASTS AND WHERE TO FIND THEM

Fantastic Beasts and Where to Find Them 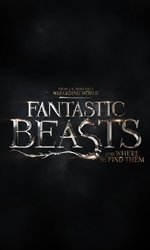 Fantastic Beasts and Where to Find Them Review

'Fantastic Beasts and Where to Find Them': Visually magnificent, but not so magical (IANS Review)
Rating: ***1/2

With wizards, magic and more, this film directed by David Yates is JK Rowling's maiden screenplay adapted from her own 2001 released book of the same name. It was presented under the pseudonym of a fictitious author, Newt Scamander.

The book and this film are supposed to be a prequel to the Harry Potter series. The narrative begins in 1926, decades before Harry Potter, when the author, a British wizard, Newt Scamander (Eddie Redmayne) travels the world, 'to rescue, nurture and protect the magical creatures and educate fellow magicians.'

In this film, he goes to New York in search of the new and endangered creatures.

The film's universe in New York is made up of Wizards and the Muggles are addressed as 'No Majs' for 'no magic'. Newt romps about in New York with his fabulous beasts in a briefcase and in a series of mix-ups, his critters escape and create pandemonium.

How Newt assembles his creatures after fighting a local wizard cop Percival Graves (Colin Farrell), forms the crux of the tale.

Newt is aided by Porpentina Goldstein (Katherine Waterston) aka Tina, her psychic sister Queenie (Alison Sudol) and a local baker -- No Maj - Jacob Kowlaski (Dan Fogler), who by default becomes his wide-eyed, comic-relief sidekick, despite that American Wizardry law stating that any No Maj must have his or her memory erased - 'obliviated' if exposed to the wizardly world.

As expected, the ace cast deliver fine performances and the characters are believable.

While the setting and the characters make the film look new, the plot meanders in establishing its universe. It never has those great character moments that made the Potter films so good. Matter of fact, there are several instances when the script lacked momentum. It is nearly at mid-point, that the story hits the main plot. If you have a short attention span, chances are that you may doze off. But if you have the tenacity to hold on, then the story will surely hook you with its interminable energy.

The set pieces are wondrously exciting, the ensemble cast is charming and likeable and the growing scale of the tale is exciting. Yet, as the narration progresses, the film seems like two distinct tracks put together, creating an identity crisis: a light-hearted film about capturing lost creatures and a dark film about a potential war between the wizards and the No Majs. And they both don't merge to give a complete picture.

Technically, the film is brilliant. It is stylistically and magnificently mounted with fine production values, brilliant sound track and vivid cinematography. The dazzling computer generated images with 3D effects seamlessly mesh with the live action visuals.

Overall, the film though it seems fresh, does not spell magic on screen.

Fantastic Beasts and Where to Find Them Movie News

Fantastic Beasts and Where to Find Them Synopsis

The adventures of writer Newt Scamander in New York's secret community of witches and wizards seventy years before Harry Potter reads his book in school.

Fantastic Beasts and Where to Find Them trailer