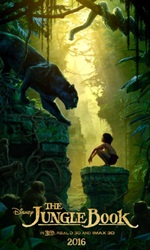 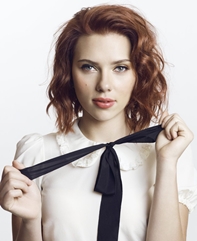 Though parts of the film towards the end become excessively crowded and flurried, there is a cuddlesome quality to this new large-screen adaptation of the beloved Rudyard Kipling fable about a little boy Mowgli who is brought up in the jungles by animals.

Suspension of disbelief be damned. The animals speak in human voices. The film literally finds its voice on the soundtrack. Every actor has given a unique dimension to one of the principal animals. Bagheera, the wise panther becomes a pantheon of prudence in Om Puri’s voice. Priyanka Chopra’s seductive snake act is a bit of a stretch, coiling as it does its hypnotic hold over Mowgli in what seems like an invitation to sniff coke at a rave party.

Scarlett Johansson does the serpentine’s saga much better in the English version of "The Jungle Book".

And surely if Scarlett can sing for the end-titles in English, Priyanka could have done the same in Hindi.

It’s Irrfan Khan’s Baloo, the oversized indolent but clever and kind bear who steals the show. Shrewdly, Irrfan has given the bear a Punjabi accent. The devilish dishy drawl draws us into Baloo’s laidback view of a world where survival is all about pulling the right strings... sometimes, literally.

Nana Patekar’s intimidating Sher Khan is a portrait of sinister aspirations. He is diabolic in his determination to destroy Mowgli but not entirely wrong in his assumption of corruption being the governing spirit in the human world.

It is this quality of man-induced corruption that this film eschews with firm hands.

"The Jungle Book" provides us with a wealth of visual and emotional bounty. It’s not just about the astounding computer graphics, though those in themselves are no mean achievement. The mysteries and secrets of the jungle open themselves up in front of our disbelieving eyes as a world defined by strive and sublimity.

I am not too sure if it's an inviting world. It’s way too dark and forbidding, and the U/A censor certificate is not unjustified. The way the animals are shown to fight off predators, makes the animal kingdom more menacing than seductive.

And yet tearing through the sheen of the sinister this remarkable work of computer-generated art invites us into little Mowgli’s world. This is as good a place as any to say Neel Sethi owns Mowgli’s world and speaks to the luminaries of the animal kind as equals. He is a prodigious discovery, and one that hopefully won’t disappear with time.

The magic of this adaptation is that the animals who appear more humane than human beings, never look down at mankind as sub-human species the way they did in Kipling’s novel. Lurking somewhere in the folds of this enrapturing tale of jungle etiquette are unspoken homilies on the complex relationship between Man and Beast, beautifully and fluently bridged by director Jon Favreau as he sets out to create a world that yokes Man and Nature in a clasp so captivating it makes you gasp.

Don’t wait. Just go out this weekend with the kids and relive one of the most cherished children’s stories told from an adult perspective and yet miraculously maintaining an artless innocence that makes this film entirely winsome experience. And so what if Priyanka doesn’t sing in the Hindi version. The film is suffused in the music of the soul.

Mowgli (Neel Sethi) is a human boy raised by the Indian wolves Raksha (Lupita Nyong'o) and Akela (Giancarlo Esposito) ever since he was a baby and brought to them by Bagheera the black panther (Ben Kingsley). When the fearsome scarred Bengal tiger Shere Khan (Idris Elba) threatens his life since man isn't allowed in the jungle, Mowgli leaves his jungle home. Guided by Bagheera and Baloo the bear (Bill Murray), he sets out on a journey of self-discovery while evading the man-hunting Shere Khan. Along the way, Mowgli encounters jungle creatures who do not exactly have his best interests at heart including Kaa (Scarlett Johansson) the python and the smooth-talking Bornean orangutan-resembling Gigantopithecus[4] King Louie (Christopher Walken), who tries to coerce Mowgli into giving up the secret to the elusive and deadly "red flower".