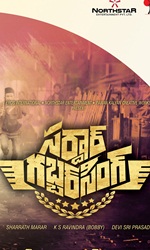 For those hoping to see Telugu superstar Pawan Kalyan make a safe launch in Hindi with this film about a rogue policeman who takes on a feudal brat in an imaginary princely state, here is the sobering verdict: the film and its luminary hero are a washout from the first frame to the last.

Mr. Kalyan, known to exercise vast clout in Andhra Pradesh, should have consulted the astrologers and trade pundits before making the tricky transition. What works in Telugu doesn’t necessarily work in Bollywood.

"Sardaar Gabbar Singh" with its moth-balled 'good versus evil' rendering of the masala-morality saga, is like an over-spiced sambhar dish which the diehard foodies will take out of habit and the uninitiated will skip.

It is like something the cat dragged in. It is fetid and disposable, unbearably redundant and entertaining perhaps only to the leading man. Yes, Mr. Kalyan seems to have a lot of fun. He takes on the baddies as though they were bad jokes written at the back of a truck. The fights find the goons and sidekicks dropping to the ground like bird poop from the skies.

The film relies almost entirely on popular gimmicks from the 1980s’ formula films. Even the sets and locations reek of subversive nostalgia, more remarkable for what they represent rather than resonate. Huge chunks of footage is devoted to building up Mr. Kalyan’s Gabbar in messianic colours. He prances around in a loose-fitting khaki uniform, shirt unbuttoned, belt loosened... This is a cop on a rampage with his loose morals matching the way he wears his uniform.

Sorry. But Salman Khan did it first in "Dabangg". And with a lot more swagger and self-confidence. Pawan Kalyan’s Gabbar act is more buffoonery than heroism. His persona is so pronounced in its devotion to connecting with the audience that the larger-than-life hero often ends up looking a cartoon-strip version of a real-life hero, more conned against than conned.

Sharad Kelkar playing the fiendish feudal lord is able to furnish some grandiosity to his arrogant character. It’s hard to take the hero seriously when the villain looks more imposing and dignified. By the time Kajal Aggarwal enters the story to play the petite bone of contention between cop-hero and feudal landlord, we are nowhere close to being interested in what the characters do with their lives.

For all we know, they can go fly a kite. Pawan Kalyan doesn’t need Makar Sakranti to do that.

In K.S. Ravindra-directed "Sardaar Gabbar Singh", Pawan Kalyan is a treat to watch, even in the most cliched scenes and that's why his fans love him. He knows how to play to the gallery, in his own nonchalant style. And although aware of his limitations as an actor, he pulls off his roles with ease. It's applicable in the case of his latest outing, which is entertaining in parts, but is so lazily written that it is literally a struggle to sit through the film.

In "Sardaar Gabbar Singh, Kalyan has doubled up as a writer, and one wonders if he had learnt anything from his maiden unsuccessful writing attempt in 2003 film "Johnny", because his second attempt is even worse than the first. The story follows the maverick police officer Gabbar Singh, who has a great sense of humour, and is transferred to the fictional town Rattanpur, where he takes on the oppressive land grabber Bhairav Singh and his gang head on. In a one man versus an army battle, Kalyan delivers pages of dialogues like some kid who has memorized lines for a recital contest in school.

The story, which you can predict quite early on where it's heading, reminds one of the recent Ravi Teja-starrer "Kick 2" among other films. More than the story, it's the screenplay that's outright boring, and the scenes are so haphazardly placed, they never flow seamlessly like they ought to.

It follows a simple pattern - action, romance, comedy - with ample crowd-pleasing moments for Kalyan's fans to celebrate. However, after a point, even a hardcore Pawan Kalyan fan will be squirming in his seat, especially in the second half. Towards the fag end, the film gets even more annoying with the musical face-off with a rival gang. Kalyan dances to a few songs while reprising the famous veena step from his brother Chiranjeevi's film, Indra.

An ensemble cast featuring the likes of Tisca Chopra, Rao Ramesh and Pooja Ramachandran are wasted in silly roles. Tisca, who has had several noteworthy Hindi projects to her credit, ends up making a mockery of herself in this attempt. Kajal Aggarwal as the princess is beautiful, impeccably dressed, but hardly has anything to do other than, you know, just look pretty. Sharad Kelkar is fierce as the antagonist, and when used sincerely can be effective, but he needs to work hard on lip-syncing his dialogues.

Even though Pawan Kalyan the actor shines in "Sardaar Gabbar Singh", the writer fails miserably, and there's so much he needs to learn from this debacle. As the gun-toting Sardaar, he fails to hit the bull's eye. 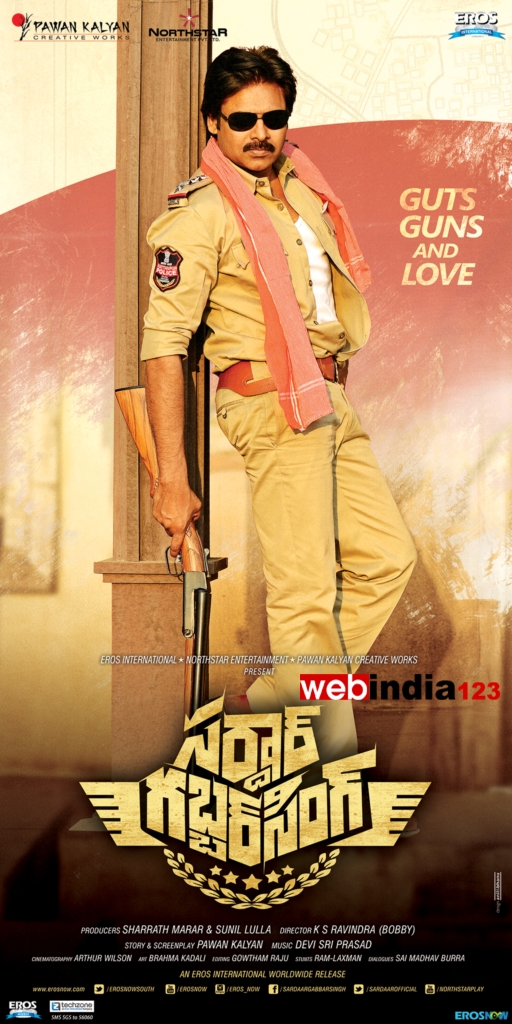 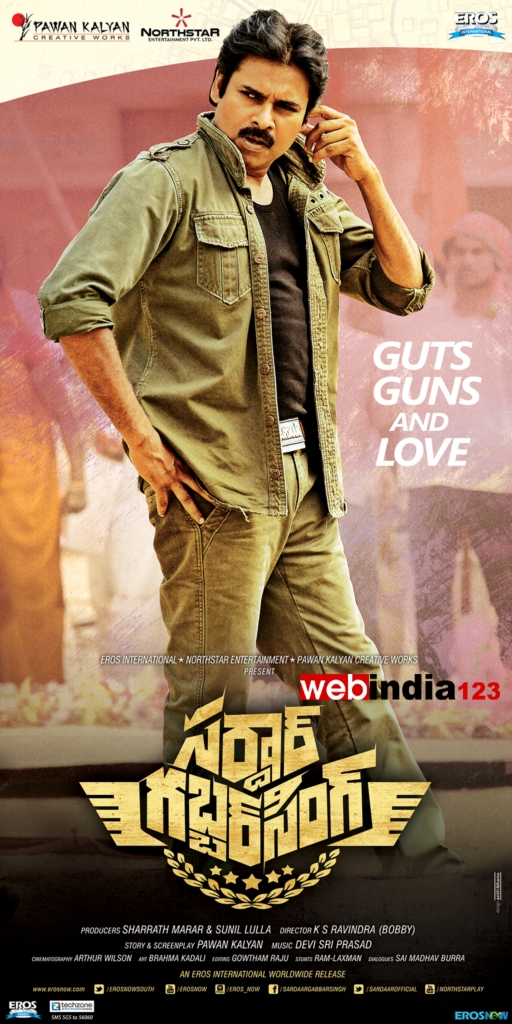 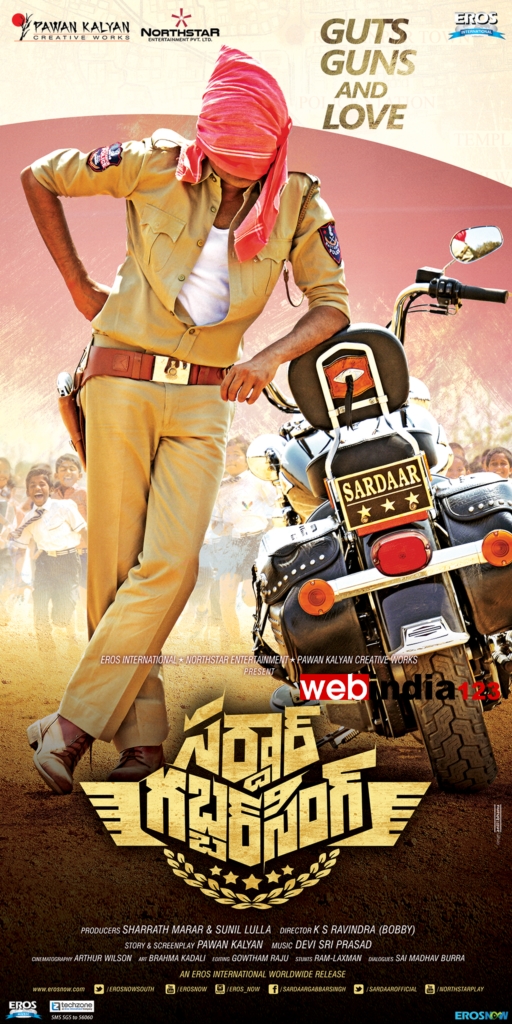 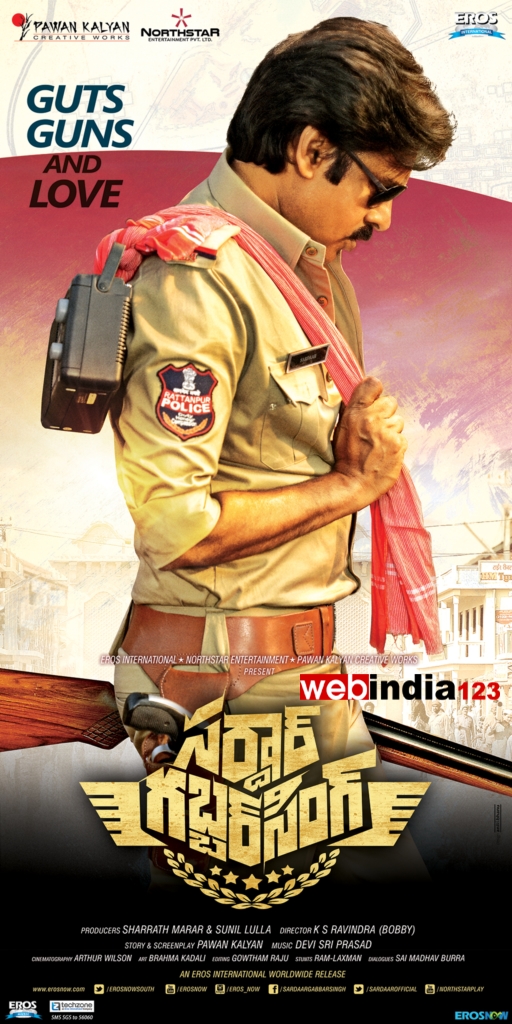 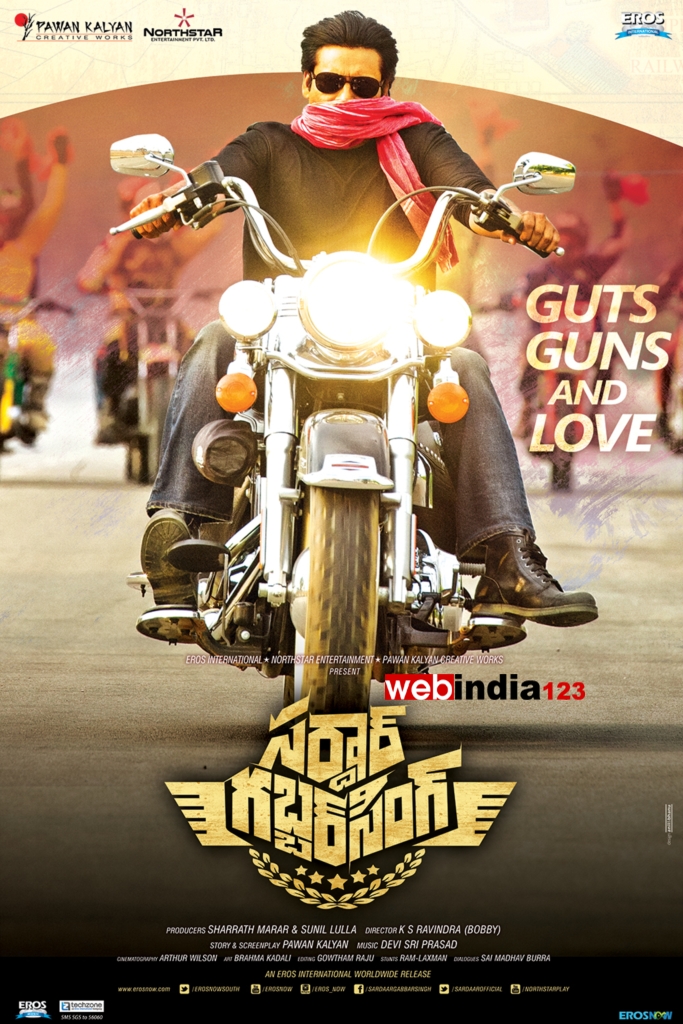 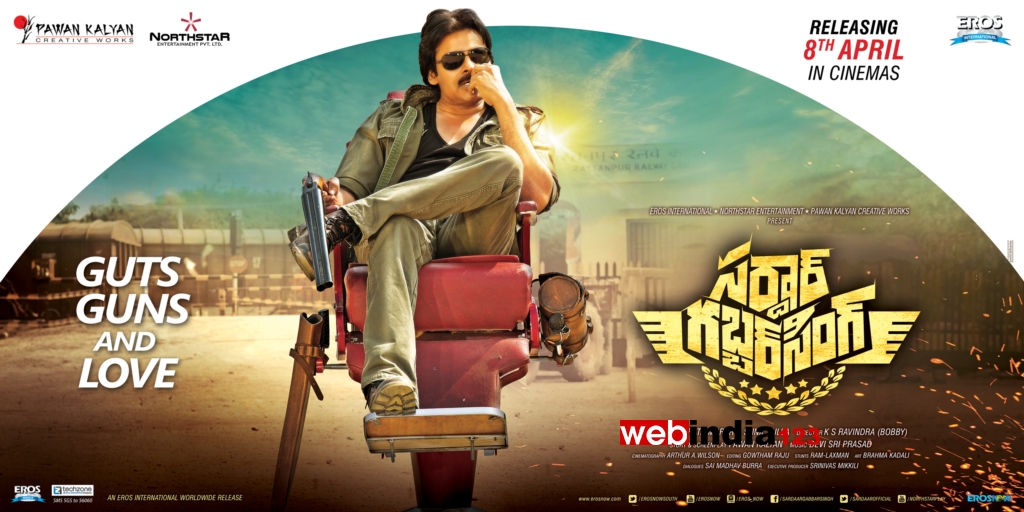 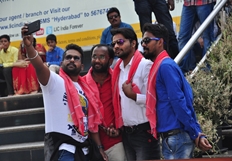 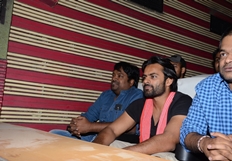 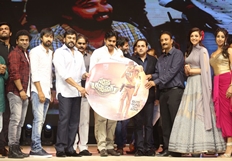