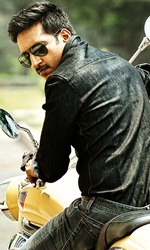 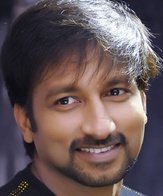 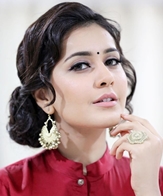 The film, according to its director, was titled 'Jil' because it's supposed to have a few hair-raising moments.

There are, literally, when you scratch your head and wonder why most Telugu filmmakers spend more money and time on making their lead actors look stylish than investing half of it in writing better stories. Or how an impeccably dressed fireman can afford to ride a Harley Davidson? If you're thinking of a career switch, you might want to become a fireman, for you'll get to do all that Gopichand as Jai does in the movie.

All that 'Jil' achieves is giving Gopichand a stylish makeover. And contrary to the roles he's essayed so far in his career, you might like him as Jai for the simple fact that he hasn't looked so good before and that in itself is an achievement for the actor as well as the film, which otherwise focuses on the story of a fireman taking a dreaded don head on.

We're not explained why Jai is a fireman, including a few members of his family too.

Maybe the director decided to make his hero a fireman so that he could write better punchlines for him. For instance, there's a scene where Jai tells the villain that death doesn't come searching for him but instead he goes in search of it everyday while working in fire.

In another scene, Jai says he prefers having everything cold because he has developed strong aversion for hot stuff. He likes to wait for his tea to get cold and then necks it. And in the climax, Jai literally sets a building on fire and walks in to fight the villain and save his girlfriend. Aren't firemen supposed to douse fire? Here's another hair-raising moment (read scratching head and wondering). And suddenly the title makes sense. 'Jil' here represents the attitude of Jai, who is cold (Jil) on the outside and hot on the inside.

'Jil' celebrates hero-worshipping with great panache. It has a few genuinely good moments, like the last fifteen minutes, where some of the film's best scenes unfold. In a wonderful scene, the villains go knocking on Raashi's door, only to realise she's gone. But she's tracked down later after they go after her best friend. But these little moments come too late and don't quite make up for the lack of an engaging story.

And besides the been-there-and-done-that kind of story, 'Jil' is an action-drama filled with its share of gore. It's a blood-fest and some action set pieces will make you squirm. At the same time, thanks to stunt director Anl Arasu and cinematographer Sakthi Saravanan, the film is visually appealing and the stunts extremely well-choreographed.

Raashi Khanna, who started her career with a delightful film like 'Oohalu Gusagusalade', tries her best to salvage a dumb role. With her endearing looks, you wish our filmmakers give her little more than just fancy outfits, say a decent role to perform. Her songs are shot in Spain, and she must've had a ball shooting for the same.

The villain, Kabir, looks menacing and his acting is tolerable but with no scope for performance, he too falls flat. There's no explanation to why Brahmaji is on the run with so much money when he could've easily fled the country.

Forget generating any hair-raising moments, 'Jil' doesn't even qualify to be a great entertainer. It entertains in parts and that's disappointing. 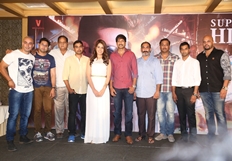