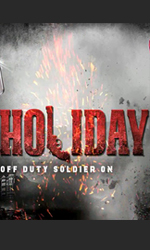 
Let me stick my neck out just this once to say "Holiday - A Soldier Is Never Off Duty" is going to be a huge success. It has all the trappings of a superlative masala entertainer, plus a thought provoking message on the uneasy relationship between the army and civilians.

Hence army man Virat Bakshi (Akshay Kumar, in top form) who is home for a vacation uses the time to fall in love with an arranged match and also save Mumbai from a sleeper cell terrorist attack, which threatens to plunder the city.

He is a busy man. So is director A.R. Murugadoss. They both are on the same mission. While Akshay saves the city, his director rescues the masala fare from the blemishes of blandness that it has acquired lately.

Just how Murugadoss manages to mix the dark theme of terrorism with a palatable mainstream cinematic platter served with dollops of pickles and 'papad' is a marvel.

The director's earlier film "Ghajini" was another landmark of mainstream filmmaking. It suffered from excessive violence and too many resemblances to a Hollywood film ("Memento") to be dismissed as coincidental.

In "Holiday", Murugadoss is more in charge of the proceedings. Having Akshay at the helm helps. He is a man of the streets and yet capable of looking completely convincing as a larger than life hero. This is Akshay's most chiselled and restrained yet boisterous and exuberant performance to date.

It's just as hard to imagine "Holiday" without Akshay as it is to imagine last week's elegiac and thoughtful "Citylights" without Rajkummar Rao.

They both breathe life into their characters from different respiratory systems.

We often tend to think the grammar and language of mainstream cinema to be far easier to convey than the language of the so-called serious cinema.

Wrong! A full-on massy product, which doesn't resort to outlandish inanities or outright vulgarity, is the most difficult form of filmmaking. In "Holiday", Murugadoss has some absolutely unflinching support from his writers and technicians, all out to create that increasingly elusive cinematic entity .

Not that "Holiday" is not without its flaws. What would life in the movies be without those?

Sonakshi Sinha's role and presence in the plot can at best be termed as comic relief. She is less diva, more Mehmood. It is interesting to see how the director weaves the romantic element into what is predominantly a rugged man-to-man confrontation between an armyman on leave and a super-intelligent terrorist, who is seen to work out not from a dingy warehouse, but a normal home teeming with the scents and images of domestic harmony.

Full marks to the film's art and costumes designer. Apart from Sonakshi everyone looks at home.

The irony of terror in the climate of normalcy is chilling. And it's a master stroke to cast the unknown Freddy Daruwala as the terrorist mastermind.

Freddy looks and behaves like a hi-tech executive in a multinational rather than a diabolic terrorist. It's in the flashes of arrogant megalomania or his chilling cold-blooded laughter that we see the devilish man behind the white collar mask.

Freddy is quite the discovery of the year. As is the tradition in Good Versus Evil sagas, Akshay and Freddy don't come face-to-face until the finale. When they do....boom! Boy oh boy, the climactic one-to-one fistfight between Akshay and Freddy is so heart-in-the-mouth that audiences will forget to breathe for a good 15 minutes.

This film rarely gives you time to come up for air. "Holiday" is that rare masala entertainer that leaves you breathless with excitement.

The writing is so skilled and the interweavement of the terrorist theme into the larger plot of an army man's vacation gone awry is so astute, that you end up excusing and overlooking the excesses. Govinda, for one, as Akshay's numb-skulled superior is completely out of place. You wish Govinda and Sonakshi's annoying characters would be expelled from the storytelling by some computer-generated magic.

The ever dependable Sumeet Raghavan as Akshay's pal and colleague in counter-terrorism is able to make a much better place for himself. But it's the Akshay-Freddy conflict that keeps you riveted for nearly three hours of this pitch-perfect film's playing time.

Some episodes such as the one where Akshay's character collects his army pals at a church wedding for a "game" across Mumbai that saves the city from a terror disaster are so ingeniously implanted into the kinetic plot that you wonder which came first - the scourge of terrorism or the cinema that takes terror to the level of high entertainment.

Yup. The potent Akshay-Vipul Shah team is back with its most lethal entertainter to date.

"Holiday" is a fast-paced, exhilarating rollercoaster ride filled with the most unexpected twists and turns.

The anxious narrative is nourished by some spot-on background music which punctuates and pins down the heart-stopping action.

A. Natarajan Subramaniam's cinematography takes the edgy proceedings to another level altogether. The fidgety images are framed traditionally in every shot, and yet they are able to furnish a renewed vigour to the goings-on.

This, then, is that entertainer which tells you that cinema about terrorism need not be dark and grim. Murugadoss keeps the going light-hearted and yet the undercurrents of tension jump out of the screen to relentlessly claim our attention.

Akshay's character's basic argument that terrorism can only be countered when the counter-terrorists are as fearless about losing their lives as the terrorists, is put forward with such gusto and conviction, we really can't argue with the plot premise.

So here's your chance to go with the ferocious flow and not regret it for even a minute. Yes, the songs are like sleeping dogs that come awake at inopportune times to yelp out their melody-less messages. But the last farewell song, an ode to the dedication and sacrifices of Indian soldiers, will leave you moist eyed.

This is Akshay's most engaging entertainer in recent times. 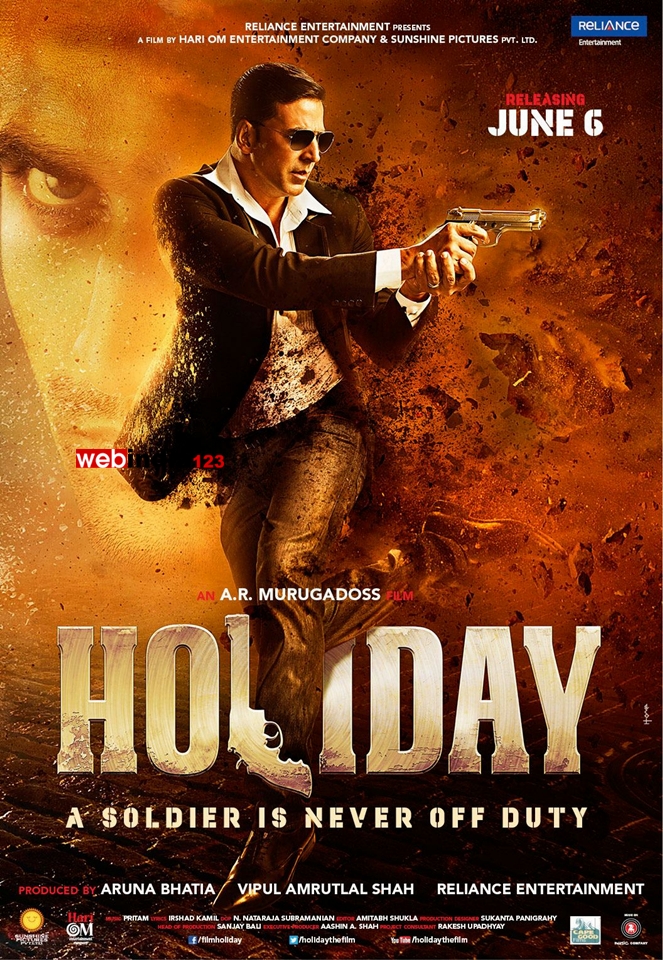 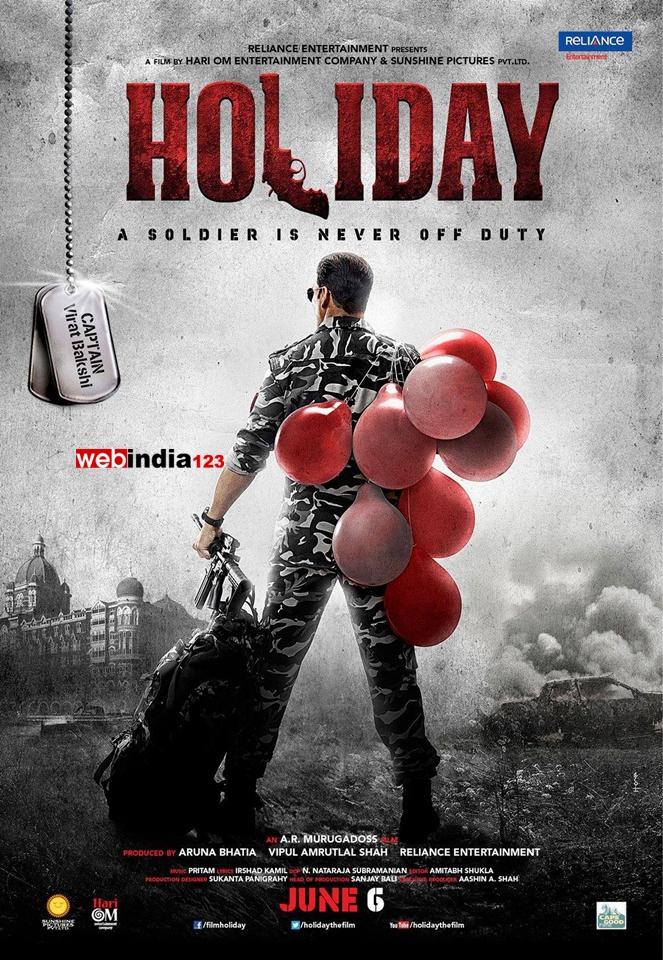 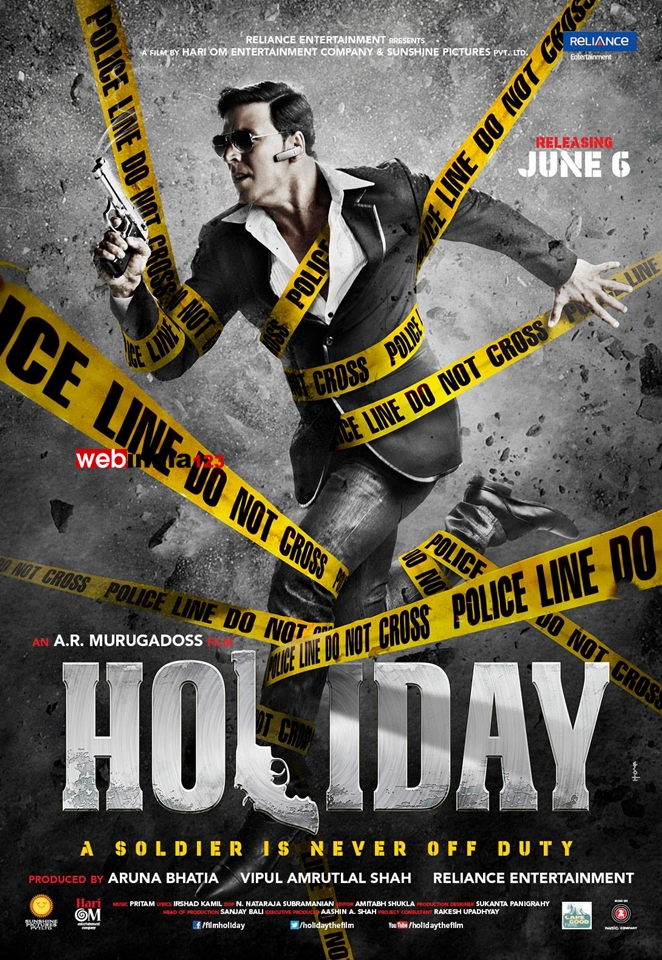 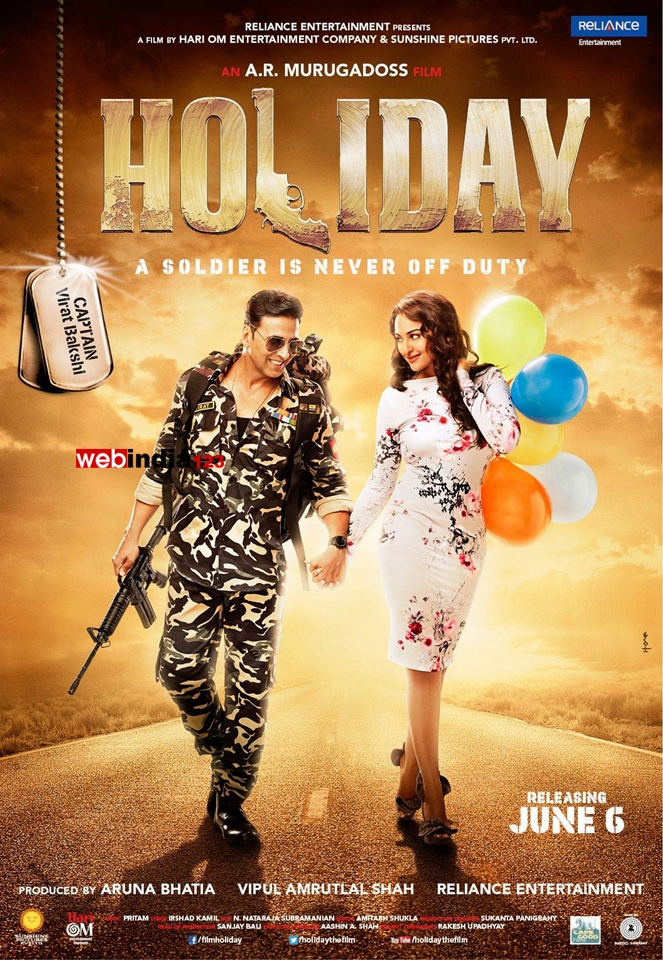 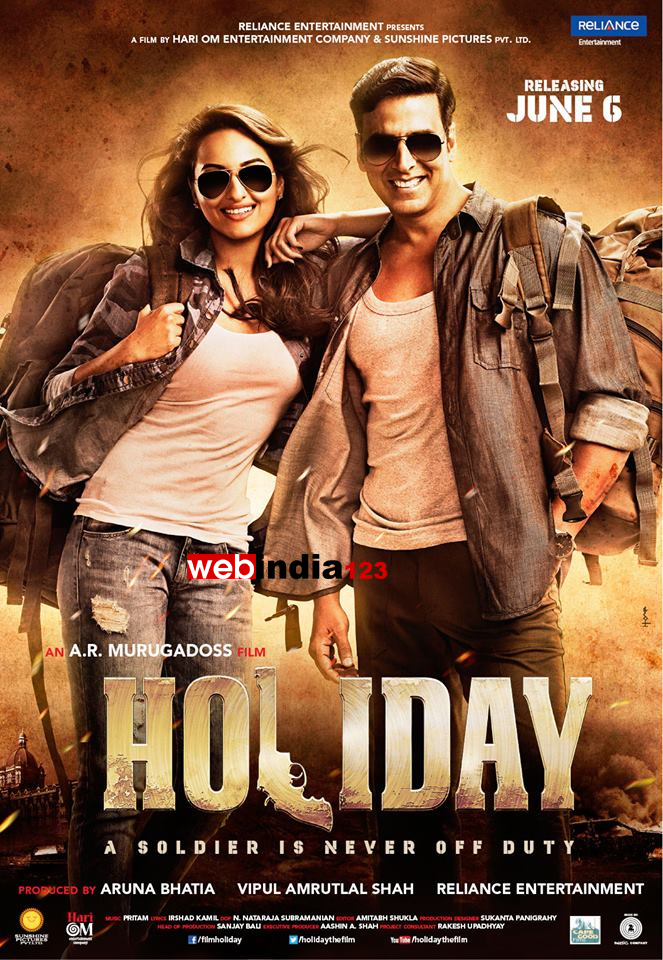 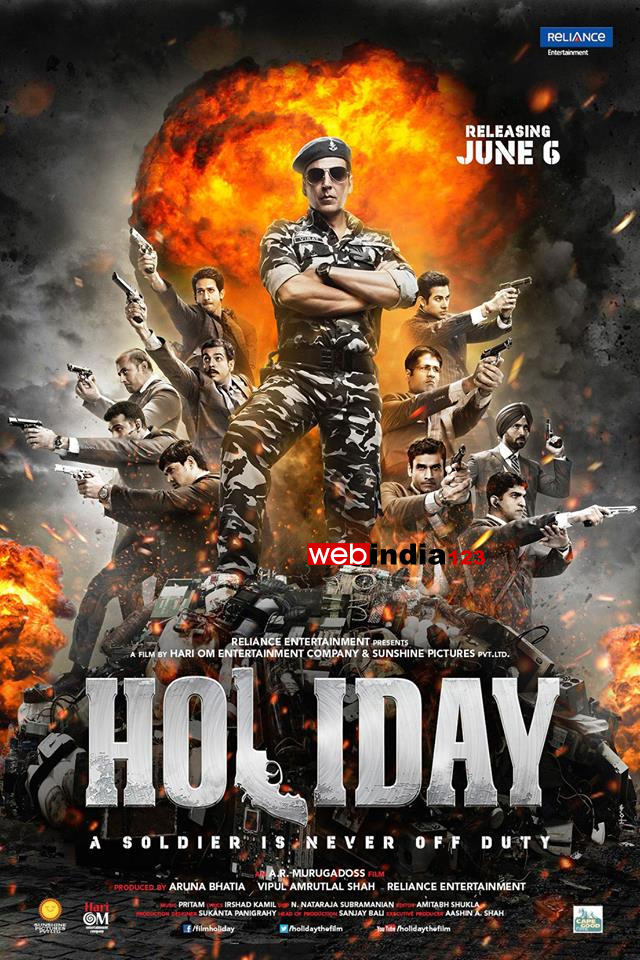 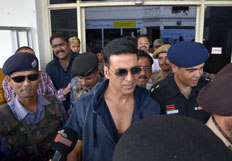 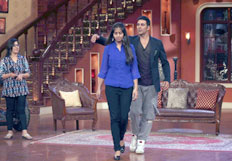 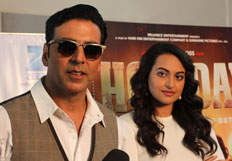