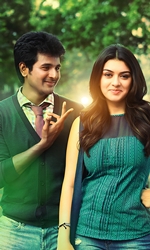 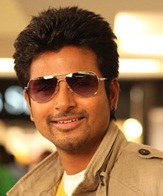 Thanks to his stardom, several wannabe filmmakers are banking on him to make films that are usually targeted at the masses. This explains why he is not considered an 'actor' anymore but merely an 'entertainer', who would work in a film only with the sole purpose of entertaining his fans.

In "Maan Karate", we see the transformation of Siva from an actor-performer to an entertainer, but at the cost of his potential going down the drain.

On a trip to a remote hill station, off Chandigarh, five friends come in contact with a saint who can foresee future. The saint hands them a newspaper from the future and every news story published in it unfolds in real life. One of the articles from the paper is that of a boxing championship with prize money worth Rs.2 crore, and the article reveals that a boxer called Peter (Sivakarthikeyan) from Royapuram will win the tournament.

To claim the prize money, the friends should befriend Peter, who turns out to be least interested in boxing. It is now the responsibility of the five friends to find reasons that will convince Peter to take boxing lessons and participate in the tournament.

"Maan Karate", which begins as a fantasy story and slowly moves into the commercial space and later gets turned into a sports drama, doesn't do justice to the multiple genres of the narrative. Filled with loopholes, the film's story by filmmaker A.R Murugadoss, known for writing films such as "Ghajini" and "Thuppakki", disrespects boxing and desperately attempts to evoke laughter by creating a caricature version of the sport on screen.

While it is understandable that all this is done for commercial reasons, but true boxing enthusiasts would find this silly attempt discouraging.

The entire boxing episode only attracts criticism. Although there are scenes where you hear the crowd cheering for Peter as he lands a punch on his opponent, but most fights, except for the final one, are extremely boring to watch.

Without even training for a day, Peter manages to find a place in the finals of the tournament. Apparently, it is through a series of accidents such as an accidental knockout punch or the disqualification of one of his opponents, Peter makes it to the last round where he has to lock horns with defending champion, also named Peter.

Here, the filmmaker expects us to cheer for the underdog Peter, who gets beaten to pulp by the champion, in the last fight. But you don't feel like cheering on because by then you have lost interest in the film and the last fight also turns melodramatic with a lot of cheesy lines.

Siva's recent film "Ethir Neechal", which also had a sports angle to the narrative, at least managed to inspire the viewers even with its share of flaws, but "Maan Karate" is the exact opposite.

While the makers present the film as an out-and-out commercial entertainer and that's what it is, you still find "Maan Karate" meaningless because debutant Thirukumaran only tried to do justice to the hero's image by comprising on the plot.

He also takes the audience for granted and gives them a film under the assumption that they will embrace it because it has been written by Murugadoss.

Sivakarthikeyan is at his usual best in his tailor-made role, but he needs to realize that the time has come for him to take up different roles.

We don't see much of a performance from Hansika, who is nicely dolled up to play a role she's been playing ever since she turned heroine in films. While Sathish manages to generate laughter at regular intervals, Soori's cameo turns out be highly irritating. 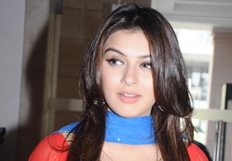 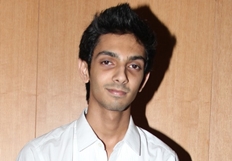 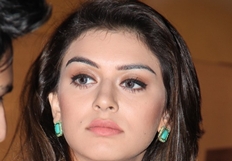