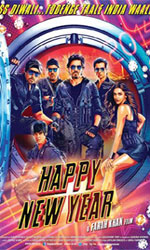 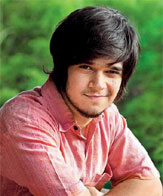 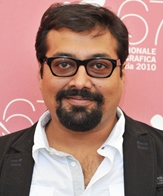 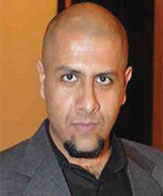 What is it about Shah Rukh Khan that brings out the comic accent in Deepika Padukone? She did a very funny broad South Indian accent in Mr Khan's inspired company in the maddeningly mundane "Chennai Express". She repeats the farcical feat, this time doing a bravura Maharashtrian accent, with the relish of bar dancer grooving to "Kaanta laga" in her own free time.

Dancing Deepika dreams of running her own dance school where little girls will learn to dance not for drooling men. But just for the heck of it.

Heck she's nailed it! That's what this film is all about! It's been made with no loftier intention than to provide lowbrow entertainment.

"Happy New Year"(HNY) is the cinematic equivalent of freshly-plucked guavas from a roadside tree. Juicy, tempting but of indeterminate origin. Eat and enjoy at your own risk.

Some of the stuff passing off as humour in this tall of tale of a bunch of losers who dance their way into a billion-rupee heist, is pretty....ummm....ugh. Abhishek Bachchan, who plays another interesting character, just vomits on unsuspecting victims to get his way.

HNY is the kind of film that doesn't allow us to dwell on the crimes of excesses, of which there is plenty in this stretched-out plot. The carnival-like flavour of presentation is not quite the aesthetic experience that one expects from a film with such a classy line-up of actors and technicians. Instead what we get in abundance are in-house jokes where Shah Rukh Khan does dialogue take-offs with his co-stars from his own famous films.

Speaking of take-offs, there is an excess of shirtless scenes featuring Mr Khan and Sonu Sood who seem to enjoy dropping their shirts for no other reason but to become instant eye-candy for the ladies in the audience. For most of the playing time the main actors play graceless dancers masquerading as wannabe winners at an international dance contest whose owner Jackie Shroff(scowling constantly) has a strange version to all things Indian.

Of course that gives our five heroes(and I am including Deepika in the list) a chance to dance with the Indian flag being waved defiantly at all the unpatriotic spoilsports.

The formula is fearsomely in-your-face. You can't miss the broadness of the humour and the patriotic spirit. Every emotion is like a message written on a t-shirt. Every actor seems to have been given the brief to be as loud as possible. No wonder Sonu Sood plays a partially deaf character. It offsets the plot's ditsy celebration of dumbness.

Deepika is one of the more interesting characters in Farah's new 3-hour dance-heist marathon. She sparkles in the dance and the talkie portions. Abhishek Bachchan's tapori act is written with over-the-top intentions. He manages to play the character with a certain inbuilt cool that perhaps was not there in plot. But then, who knows what was and wasn't there? Even Farah would be flummoxed if asked.

Sonu Sood , Boman Irani and young Vivaan Shah suffer because of sketchily written parts but still succeed in making their presence felt, specially Sood who as per character sketch plays a 'bad' dancer which he is not by any stretch of the imagination.

But it's the King Khan's show all the way , make no mistake of that. The director misses no chance to make Shah Rukh's 'loser' character Charlie appear emerge a winner. Shah Rukh even has a long rooftop fight sequence with Korean dancers which has no bearing on anything but the hero's 8-pack midriff.

Somewhere in the scramble to engage our attention, the plot comes up with filmmaker Anurag Kashyap and musician Vishal Dadlani playing closet-gay reality-show judges who are blackmailed by Charlie into eligibility.

Heroes, in case we forget, can do no wrong; Even when they are caught doing wrong. For all its sins of excesses HNY is a full-on paisa-vasool experience. It is a rollicking rumbustious ode to the spirit of whopping howling shrieking and bantering camaraderie. Filled with tongue-in-cheek episodes of hip-swaying audacity, the all-pervasive madness is infectious.

From his father Amitabh Bachchan to his dear friend Farah Khan and Farhan Akhtar -- Bollywood celebrities filled Twitter with good wishes for Abhishek Bachchan on his 42nd birthday on Monday.

Abishek, son of Amitabh and actress-politician Jaya Bachchan, made his acting debut in 2000 with "Refugee" alongside Kareena Kapoor. Since his debut, he has featured in several films like "Yuva", "Guru", "Happy New Year", "Sarkar" and "Dostana".

Here are the wishes for the actor, who is married to Aishwarya Rai and has a daughter with her:

Amitabh Bachchan: Abhishek Bachchan who is in a timeRead More

Superstar Aamir Khan, who had earlier appeared on a chat show with Virat Kohli, praised the India cricket captain for supporting young sportsmen in the country.Read More

Having had two huge box-office hits with 'Main Hoon Na' and 'Om Shanti Om' – the successful pairing of Farah Khan and Shah Rukh Khan are back with a new film – 'Happy New Year'.

The premise is simple. It's the Christmas–New Year holiday season. The biggest dance event in the world, the World Dance Championships, is being hosted in Dubai. While all eyes are on the different world-class teams that have gathered, there are a few unlikely entrants who have somehow managed to stumble into the competition.

Happy New Year is built around 5 disparate characters who are fighting a most unlikely battle.. a battle of international proportions.. but it's a battle being fought on a dance floor. Where the rest of the world's competitors are battling for national pride and glory on the world stage, our 5 are dancing for a different cause.. revenge, retribution and closure. This is Team India, a group that has no confidence in its own dancing abilities, but is competing for a cause very important to them.

With the city of Dubai as the backdrop, and its global village ambience as its setting, Team India set about their task of staying in the competition. What follows is a manic run to the finish, where our characters face several challenges in their quest for victory as the film reaches its climax, a climax that is full of national pride, diabolical revenge and triumph.

How this bunch of losers transform themselves into a team that performs really well and how they win over the hearts of the people in the city and across the world, forms the rest of the story. 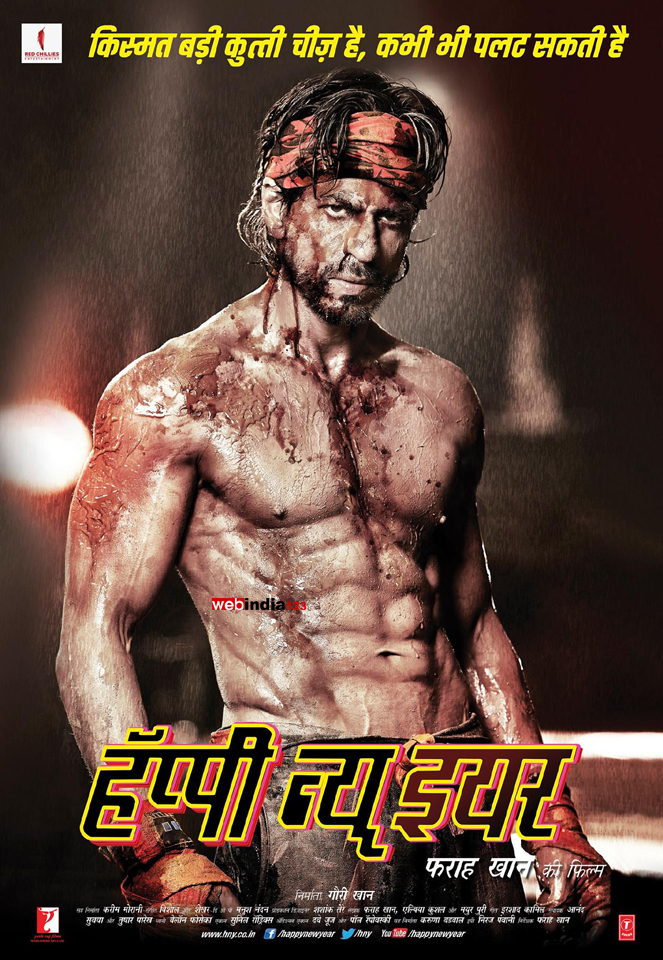 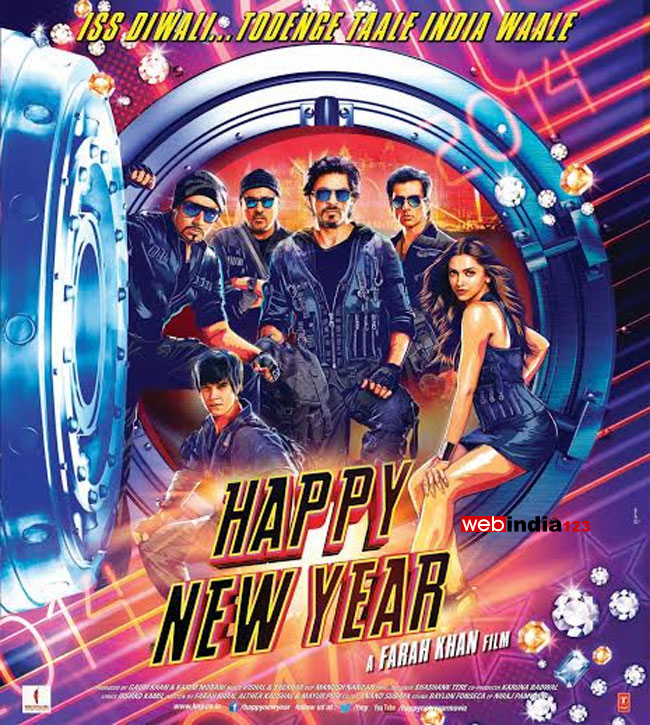 Ho Dance not coming, courtyard crooked
Eating cake by being stupid
Buffalo going in the water 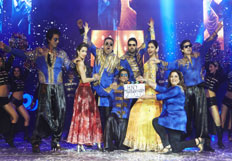 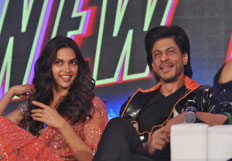 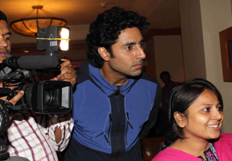