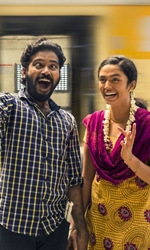 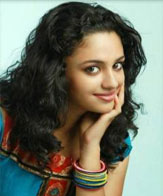 Ears become the eyes of Tamizh (Dinesh) and Sudhanthirakodi aka Kodi (Malavika) in `Cuckoo`, which revolves around the love story of a blind couple united by love.

If the approaching footsteps of Kodi can bring a bright smile on Tamizh's face, it's the latter's impromptu singing that can make the former skip a heartbeat. When you can't see your beloved with your own eyes, but can still feel his or her love with the remaining four senses, the bond strengthens.

`Cuckoo` instills hope in the relationship of two blind characters, so blinded by their love for each other that they are unaware of the fact that there are forces among them that wishes to see them separated for personal reasons. To what extent Kodi and Tamizh will go to protect each other from being separated?

The reason I think `Cuckoo` is one of the better love stories of modern-day cinema is because it never takes advantage of its lead characters. It never expects or forces the audience to sympathize with Kodi or Tamizh at any given point in the film.

The director doesn't completely ignore the sympathy factor and introduces us to Vinoth, who happens to be Kodi's reader at a private institute. He helps her out of sympathy but not out of personal interest to help a visually challenged person. This entire episode is merely to reiterate the fact that people like Kodi and Tamizh need our support more than relentless sympathy.

`Cuckoo` is narrated through the eyes of Raju Murugan, who started this project during his days as a reporter with a Tamil publication. This style of narrative helps us understand how dear this film is to Raju, who takes the pain in underling the point that love is superficial when it is coloured by what we see of each other. He puts forth his point without sounding preachy or melodramatic, but in a fashion everybody can relate with and appreciate.

Very few Indian filmmakers have successfully executed a film featuring differently abled characters in the lead. Usually such films are highly emotional and dramatic, forcing us to like it out of compassion. The last such film that I think didn't force the audience to sympathize with the characters was Gulzar's `Koshish`.

Raju's `Cuckoo` respects the audience as well as its blind lead characters and takes us on a journey to explore love from the perspective of Kodi and Tamizh.

Dinesh is probably the next Kamal Haasan of the industry, while Malavika is an equally talented actress. They make you fall in love with Kodi and Tamizh neck deep. Dinesh reproduces every little detail of a visually challenged person to perfection in a highly optimistic role.

With a strong supporting cast, the film doesn't miss a single opportunity to entertain with a host of dupes of film stars such as Chandrababu, Vijay and Ajith.

The congregation of the blind, the physically challenged and the eunuchs in some scenes of the film are not merely to provide entertainment, but also to give us a peek into their lives that are equally as colourful and enjoyable as ours in their own way.

Besides love, `Cuckoo` also explores friendship. In a standout scene, Tamizh asks his best friend, who is also blind, to have a good look at Vinoth, and tell him how he looks. He looks around, takes a few seconds and tells him that Vinoth is hideous. Both laugh in jubilation and so do we, the audience.

The last half hour of the film may appear a tad melodramatic, but it's still believable. Santosh Narayanan's life-affirming music makes you ignore fewer flaws you may across in the film, which is mostly sincerely written, acted and executed.

`Cuckoo` proves that love is not blind.

Director Raja Murugan feels he has opened new doors for offbeat films in the Tamil filmdom with his forthcoming directorial debut "Cuckoo". He says as a filmmaker, it's the appreciation of the audience that matters to him more than film's business.Read More 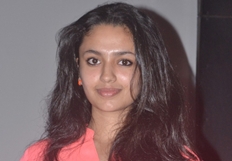