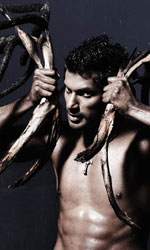 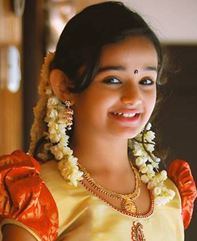 "Thoranai", a Tamil-Telugu bilingual blunder made by director Saba, features the expressionless wonder-cum-brawn bundle Vishal along with Shriya Saran.

Country bumpkin Murugan (Vishal) chased out by cheesed off neighbours is sent on a mission to find a runaway sibling in bad-bad Chennai only to antagonise two gangsters Guru (Kishore) and Tamil Arasan (Prakash Raj) with mindless minions snarling at each other.

Murugan achieves the impossible - tracing a man in a 800 sq mile city with nothing more than a distant memory.

In the bargain, Murugan befriends Indu (Shriya) who is nothing more than a nice-looking prop to bring home the brother who springs a silly surprise towards a climax that proves to be its opposite.

Narrated in a style that had outstayed its welcome in the sixties itself, packed with vulgarism in the name of comedy, listless music and little else, "Thoranai" despite its scenic Ladakh backdrop is rendered into a sheer waste of time and resources.