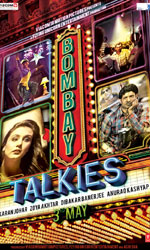 A girl on a railway station who croons Lata Mangeshkar songs with aching luminosity, a stoic gluttonous ostrich, a flirty cocky gay entertainment journalist, a closet actor, a little boy who likes to dance like Katrina Kaif and a man from Allahabad who just wants to meet Amitabh Bachchan for a few seconds ... Such are the engrossing characters that populate the unforgettable world of Bombay Talkies.

Bombay Talkies is that rarity, which makes us thankful for the gift of the movies.

Four stories directed by four contemporary Bollywood directors emerge and merge with seamless splendour into a pastiche of pain and pleasure. Like four scoops of ice cream, one yummier than the other, Bombay Talkies serves up a flavourful quartet of delights that leave us craving for more. It`s like that song written by the immortal Sahir Ludhianvi - Abhi na jao chhod kar ke dil abhi bhara nahin.

No, that song isn`t part of the film. But there are songs of the melody queen Lataji which haunt your senses as the restless edgy protagonists, each in search of an emotional liberation that strikes them in unexpected ways at the end of every story, seek a slice of cloudburst to nourish their parched spirits.

So on to the first and my favourite story directed by Karan Johar where a sterile marriage between an urban working-couple played by Rani Mukerji and Randeep Hooda is shaken by the arrival of young ebullient homosexual who enters their frozen marriage in a most unexpected way.

This story more than any other, pushes Indian cinema to the edge to explore a theme and emotions that have so far been swept under the carpet. Karan, whose most brilliant film My Name Is Khan, was also about a marginalised community, strips the urban relationship of all its shock value. He looks at the three characters` frightening spiritual emptiness with a dispassion that was denied to the characters in his earlier exploration of crumbling marital values in Kabhi Alvida Naa Kehna.

Thanks to the unsparing editing by Deepa Bhatia, a gently arousing background score by Hitesh Sonik, deft but credible dialogues penned by Niranjan Iyenger and camerawork by Anil Mehta that sweeps gently across three wounded lives, Karan is able to nail the poignancy and the irony of his urban fable in just four-five key scenes. This is his best work to date. Rani delivers another power-packed performance. It`s Saqib Saleem who steals this segment with his unmitigated spontaneity and reined-in ebullience.

The second story by Dibakar Bannerjee features that wonderful chameleon actor Nawazuddin Siddiqui as a man who would have been an actor if only life`s drudgeries had not overtaken his life. Dibakar is a master-creator of vignettes from everyday life. Here his detailing of chawl life is unerring.

Nikos Andritsakis`s cinematography doesn`t miss a single nuance in Nawaz`s sad yet hopeful, bleak yet bright existence. The sequence where Siddiqui washes clothes with the chawl`s women is savagely funny and poignant, as is his life-changing moment when Nawaz gets to perform one shot with Ranbir Kapoor. No we don`t see Ranbir, we just feel his presence, and we also hear filmmaker Reema Kagti giving orders from the directorial chair, but we don`t see her either.

Nawaz in Dibakar`s deft hands, takes his character through a journey of profoundly saddening self-discovery without any hint of self-pity. This segment is quirky funny and tragic. No one is allowed to feel sorry for Nawaz`s character. Not even Nawaz.

Ebullient and enchanting are the descriptions that come to mind while watching Zoya Akhtar`s film about a little boy (Naman Jain, brilliant) who would rather dance to Katrina Kaif`s song than become a cricketer or a pilot, as per the wishes of his tyrant papa (Ranveer Shorey).

The household brims over with song, dance and giggles between the Katrina-enamoured boy and his sibling and confidante (a very confident Khushi Dubey). Charming warm humorous and vivacious Zoya`s film serves up a very gentle moral lesson. Let a child grow the way it wants to. Zoya`s film makes our hearts acquire wings. And yes, it immortalises Katrina Kaif.

Finally, Anurag Kashyap`s homage to the unmatchable stardom of Amitabh Bachchan. A simple fable of a man journeying from Allahabad to meet Bachchan, this segment is more baggy and loose-limbed than the other three tightly-edited stories. This is not to take away from its power. As played by Vineet Kumar Singh, the Common Man`s devotion to the Bachchan aura is manifested in the tongue-in-cheek spoken lines and the casual energy of Mumbai`s street life.

Anurag captures the sometimes-funny often-sad bustle around the Bachchan bungalow with warmth and affection. The segment certainly doesn`t lack in warmth. But it could have done with a tighter grip over the narrative.

Bombay Talkies is segmented and layered, yet cohesive and compelling from the first frame to the last. While unravelling the magic of cinema and its impact on the minds of audiences, Bombay Talkies also displays how much cinema has evolved over the generations.

This is a beguiling, beautiful and befitting homage to 100 years of Indian cinema. It`s also proof that different stories in an episodic film could comfortably have directors with different sensitivities staring in the same line of vision.

If you watch only one film a year make sure it`s this one.

I'm in no hurry: Saqib Saleem

Actor Saqib Saleem, who was last seen on screen in the actioner "Dishoom", says he is not in a rush to take up movies.Read More

Karan Johar Film: An urban couple is happily married or at least it seems so until the wife meets a new colleague at work which changes her life forever.

Dibakar Banerjee Film: A failed actor is struggling to make a living after his father’s death. In a turn of events he stumbles upon his last chance to prove himself to the world and more importantly, to his daughter.

Anurag Kashyap Film (Murabba): A man from a small town in UP comes to Mumbai to fulfil his ailing father’s last wish which may also save his life.

Zoya Akhtar film: A 12 year old boy from a middle class family is inspired by a film star to break the conventions of the society and follow his dreams come what may. The film marks the completion of 100 years of Indian cinema and the beginning of a new era of modern cinema. 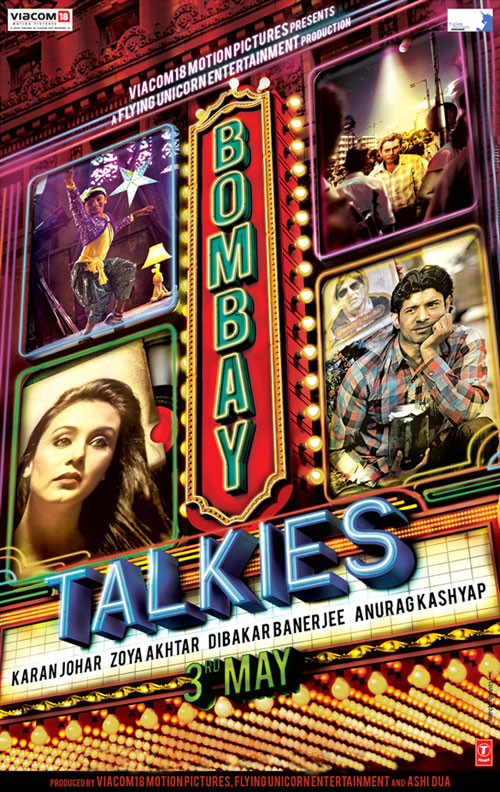