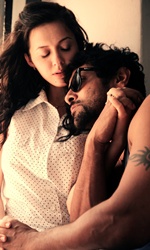 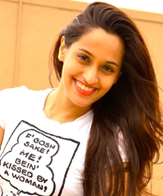 `David` - magnificent morality tale (IANS Movie Review)
Rating: ****1/2
Bejoy Nambiar`s second feature film after "Shaitan" interconnects the lives of three characters named David, played with outstanding conviction by actors belonging to three different generations. The three protagonists, who by chance share the same name, didn`t have to be linked in the plot at all.

Each David occupies a distinctive emotional spatial and chronological dimension. Each story is told with a muted flourish that eschews the flamboyant edginess of a recent, highly favoured and over-flavoured genre of Hindi cinema... you know the Anurag Kashyap, Vishal Bharadwaj genre where the characters are darkly drawn from life`s most sombre colours.

Nambiar`s universe is populated by victims who refuse to bow down to what we call destiny and what in many circumstances is plain cowardice. In the hard-hitting story about a young rock musician`s conflict with religious fundamentalism, Vinay Virmani (a prized find) confronts Hindu radical Rohini Hattangadi in a lift to ask why his Christian father was defaced. That small mobile cubicle becomes the cosmos for a question that swirls and dances around the narrative posing questions that go far beyond the moment.

Nambiar`s command over the space that his characters occupy is supreme. Whether it`s Vinay Virmani giving guitar lessons to single-mother Lara Dutta on a leafy verandah or southern maverick actor Vikram sozzled in the Goan seascape perched on palm tree making eyes at the mute-and-deaf Isha Sharvani - the characters seem to inhabit places where their mind, heart and body are intrinsically at home.

Then there is Neil Nitin Mukesh, making a glorious impact as a Muslim don`s chief lieutenant in the London of the 1970s. Shot in a shimmering brooding bewildering play of light and shadow by cinematographer Sanu Verghese, this episode in Nambiar`s trilogy is both a brutal depiction of internecine gang war and an intense love story, a Shakespearean tragedy set in the 1970s and yet conveying contemporariness. All that grips us from the first to the last.

Just how Nambiar manages to bring the stories of an identity-challenged gangster in the 1970s, a fun-going-into-fundamentalism musician in the 1980s and a sozzled moony-eyed fisherman in the 1990s into one line of vision, is a question that only Nambiar and his compelling co-writer Natasha Sahgal can answer.

By the time the three stunning stories converge on March 3, 2012, we are so involved with the three protagonists` moral and political awakening that the lines dividing the different eras simply evaporate, leaving us to look into that chasm in the individual`s soul where life`s worthiness is weighed against human relationships that may or may not last for as long as the individual desires.

Nambiar`s three-tiered screenplay is a marvel of architecture. Some credit for holding up the three storey edifice must go to the technicians. Cinematographers Shanu Verghese, P.S Vinod (who has shot Vinay Virmani`s musical odyssey) and R. Rathnavelu(creating a Goan idyll for Vikram`s story that goes far beyond touristic titillation) collaborate with the film`s editor, the indomitable Sreekar Prasad to bring to bear an infinite lightness of being on the potentially top-heavy plot.

Nambiar`s film could easily have collapsed under the weight of its cleverness. Miraculously, the director imparts a ceaseless sense of spontaneity into what appears to be the story of three lives connected only by their first name. Not the most promising of premises to hold up a plot. Yet, "David" is unflinchingly engaging.

Nambiar`s command over his characters` destiny is masterly. And there are so many of them! Big or small, the characters leave an enduring mark in the script.

Each of the three actors playing the title role provides an evocative centre to the screenplay. It is hard to choose a favourite since all three actors occupy entirely distinctive spaces. Neil as a gangster whose loyalty is under murderous pressure, works hard to achieve oneness with his character. He looks the part and gives to it a feeling of lived-in familiarity. This is a new beginning for Neil.

Vikram as the fisherman who shares a rather eccentric relationship with his dead dad(Saurabh Shukla), living mother(Rubi Chakravarti) and the neighbourhood massage-parlour owner (Tabu) is in one word, spectacular. His body language and spaced-out expressions of drunkenness and love (sometimes both at the same time) are to die for.

But it is Vinay Virmani as the musician who finds his life changed by politics and religion, who takes us by surprise. A very appealing screen presence and a non-rehearsed charm ensure that Virmani stands tall in the formidable cast.

Tabu and Lara Dutta are effective but underused. On the whole, every actor in the smallest of roles shines in the plot`s huge canvas.

"David" is a world shot in a deep-focus darkness lit up at the edges by a sense of joie de vivre that the characters preserve even when their soul is under siege. Nambiar bleeds brilliancy into the film. This is a rugged pulsating parable of passion and redemption shot in three time zones unified by the theme of love`s loss and the soul redeemed.

"David" is many things at the same time. Finally though, it is a magnificent morality tale that tells us it is trendy to be bad, but being good is timeless.

The Tamil poster of Dulquer Salmaan's next Malayalam release "Solo" was unveiled on Friday to coincide with his 30th birthday. Read More

1975 London- 30 year old David works for Iqbal Ghani, a dreaded Mafia don, who controls the entire Asian community. He is a protege who is poised to take over the empire until a revelation which changes the course of his future.

1999 Mumbai- 19 year old David is a musician born into a family of devout Christians. He is a happy go lucky teenager who loses all semblance of his peaceful existence when his family gets dragged into a political issue.

2010 Goa - 40 year old David is a fisherman living in the small fishing village of Betul in Goa. He falls in love with the deaf and mute Roma- the only hitch is that she is engaged to be married to his best friend Peter in 10 days!

All 3 Davids are about to take a step which is going to change their lives forever.
3 LIVES 3 DESTINIES CONNECTED BY 1 NAME - `DAVID`