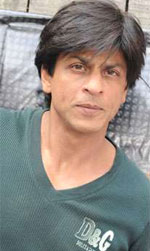 Let`s be clear on one thing. "Billu" is not the film that you wanted it to be. A bitter-sweet portrait of the chequered and troubled star-fan relationship, it falls short of expectations mainly because Priyadarshan fills up the spaces occupying the star Shah Rukh and the commoner Irrfan Khan`s tale with a hefty load of humbug.

The village where the star descends to shoot his latest potboiler with three glamorous actresses - Kareena Kapoor, Deepika Padukone and Priyanka Chopra - in tow looks too chaotic to be real.

Priyadarshan saturates the filmy village with his characteristically caricatural actors who have been filling up his villages from the time he made the memorable "Viraasat". Mohan Joshi, who is brilliant as a boorish politician trying to act nonchalant before the superstar, Om Puri, who cracks vulgar jokes, Rasika Joshi, Asrani and Rajpal Yadav - you`ve seen them all doing their rustic satire for Priyan before. They`ve been there, done it all.

One wishes Priyan had brought in a fresh cast to bolster the film`s fresh look and texture. For all said and done, "Billu" is by far the director`s most sensitive work since "Kalapani" and "Viraasat" despite the film`s extravagant excesses like the three scorching item songs incorporated to counter the rural characters and ambience with dollops of urbane octane. The garnishing revs up the proceedings but slackens the subliminal sensitivity by over-punctuating the narrative.

What works is the star-fan relationship. From the outside the hyper-excitement of a village as it goes into top gear for a star`s visit may appear exaggerated. Priyan plants a train of sequences showing the star in interaction with a star-struck mass of hysterical fans.

For sure the film wouldn`t work without Shah Rukh Khan who brings a sense of autobiographical opulence to the star`s part. He plays the besieged icon like a child let loose in a toy store. Don`t look for the lonely superstar pining for true love over here. This guy enjoys his popularity.

The sensitivity is saved as the end-game when at a school function in the village Shah Rukh (Sahir Khan) breaks down talking about his childhood friend Billu, a barber played by Irrfan.

This is where the crux of the film begins. The two actors at the core of the conflict play their parts with such empathy you forgive and forget the excesses in the earlier parts of the narrative where the star-fan relationship was converted into a melee of caricatural encounters.

The truth of this film, when it emerges at the end, is exhilarating and cathartic. The performances by the two actors carry the film. Shah Rukh Khan extends his real-life iconic status to a role that requires double his usual acting skills because it`s autobiographical. He rocks.

But the film belongs to Irrfan Khan. As Billu he is a portrait of restrained self-mockery and dignity in the face of bizarre demands on him by star-struck villagers. And that includes his wife and children.

Lara Dutta, with her mannequin-like body language and over made-up face, sticks out like a sore thumb. She belongs to another film.

Billu‘s life is changed when a film unit arrives at his village for shooting a movie. To Billu’s surprise, the star of the movie is none other than Sahil Khan (Shah Rukh Khan) who was Billu’s old school friend. Instantly, Billu becomes prominent man in the village and attains fame and respect. Villagers urge him to make acquaintance with the superstar, but Billu is intimidated by his friend’s superstar status. He thinks that Sahil would never acknowledge his friendship with a barber. Billu strives to meet the star but is unsuccessful. Finally, he fails after lots of struggle. People suspect that Billu is fibbing in order to gain fame and start offending him. Billu’s family and children become apprehensive about his claim. In the end, for an invited school function, the star reveals his past. He tells the audience that in his school days he had a friend who always stood by him in his hardships. He tells how much the friend helped him by providing food when he was hungry, provided clothes when he did not having any. He tells that the friend gave him the money to join acting by selling his ancestral ear ring and that friend happens to be Billo.
At that time the people recognize about Billo and the movie happily ends. 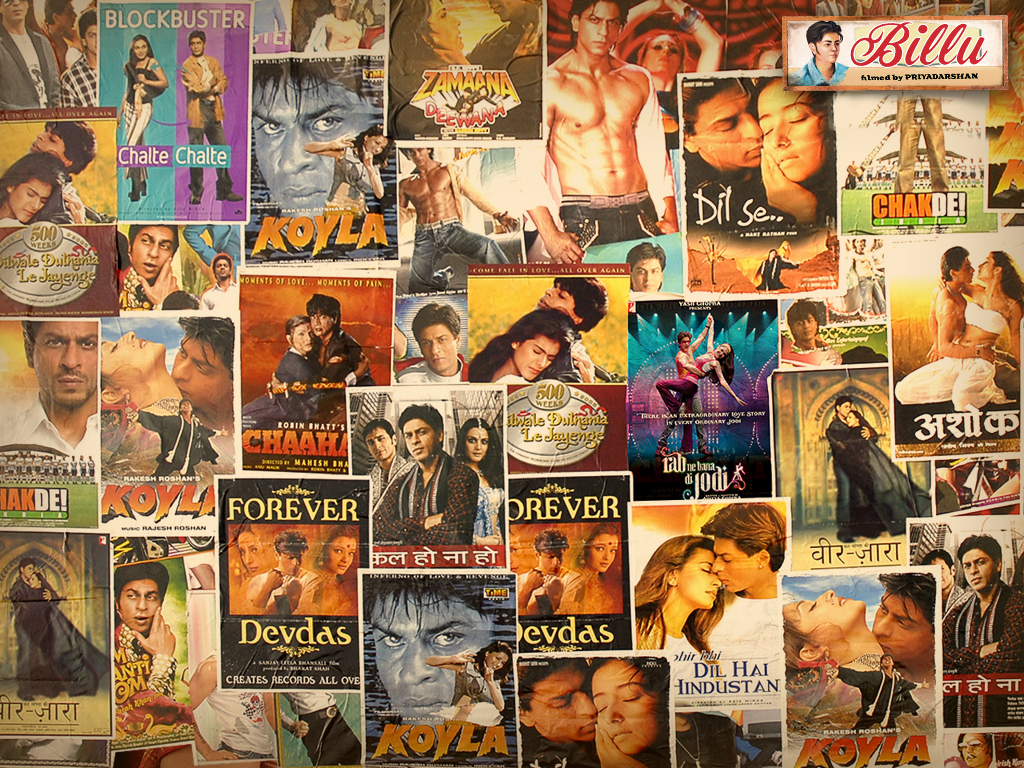 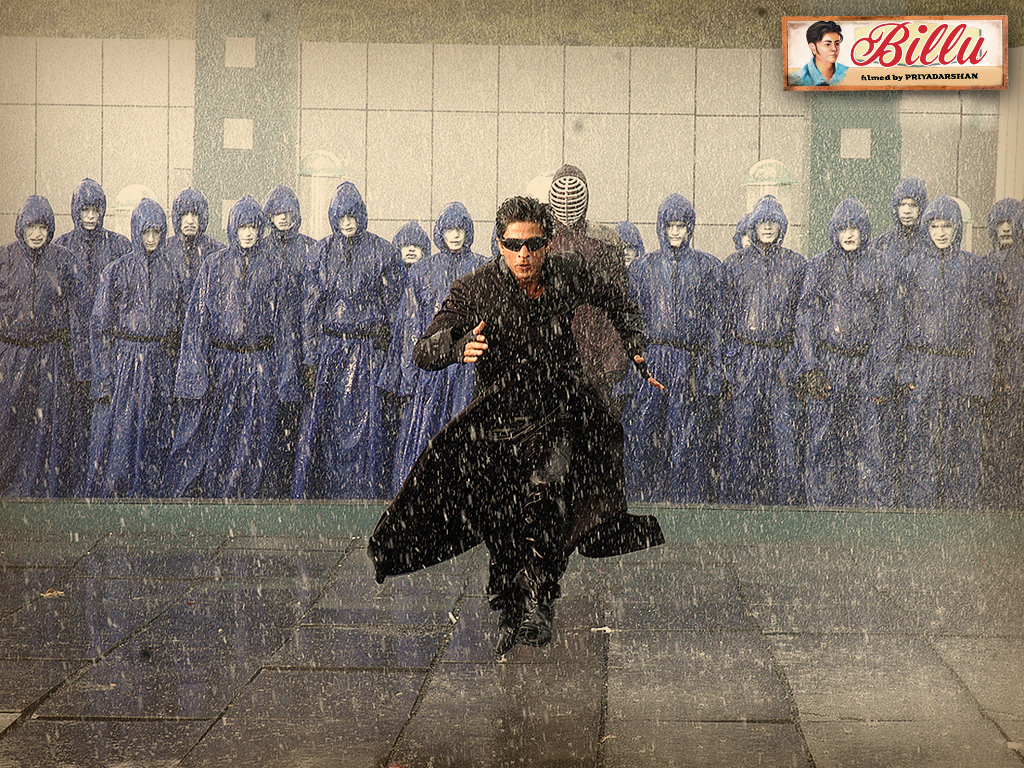 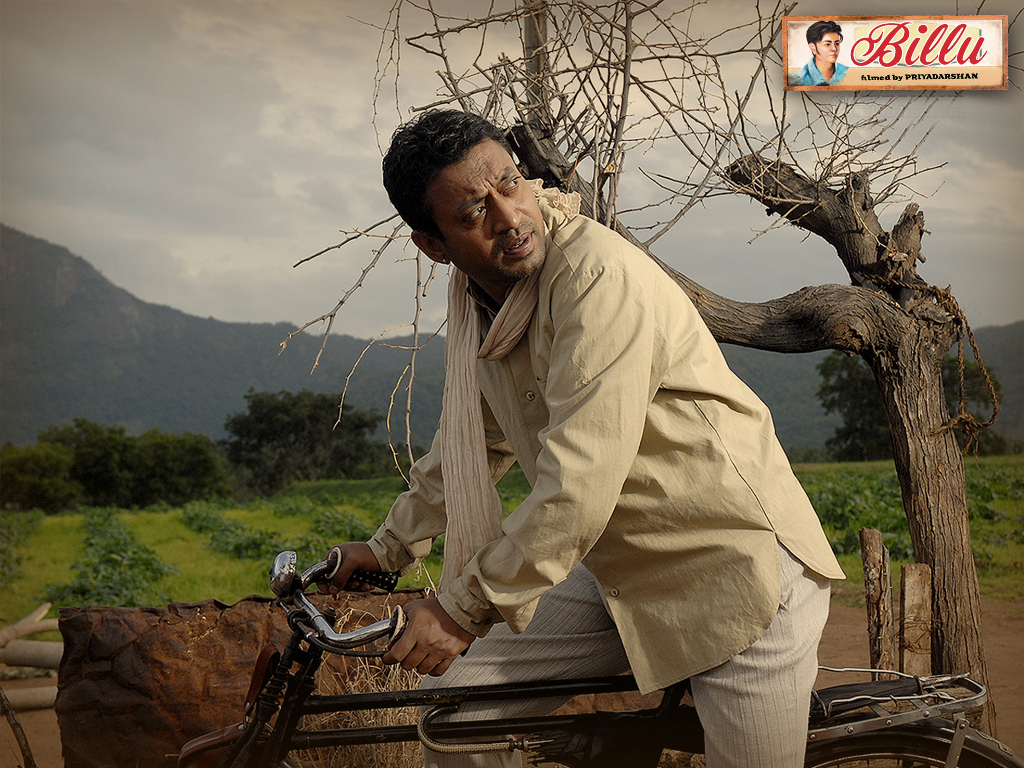 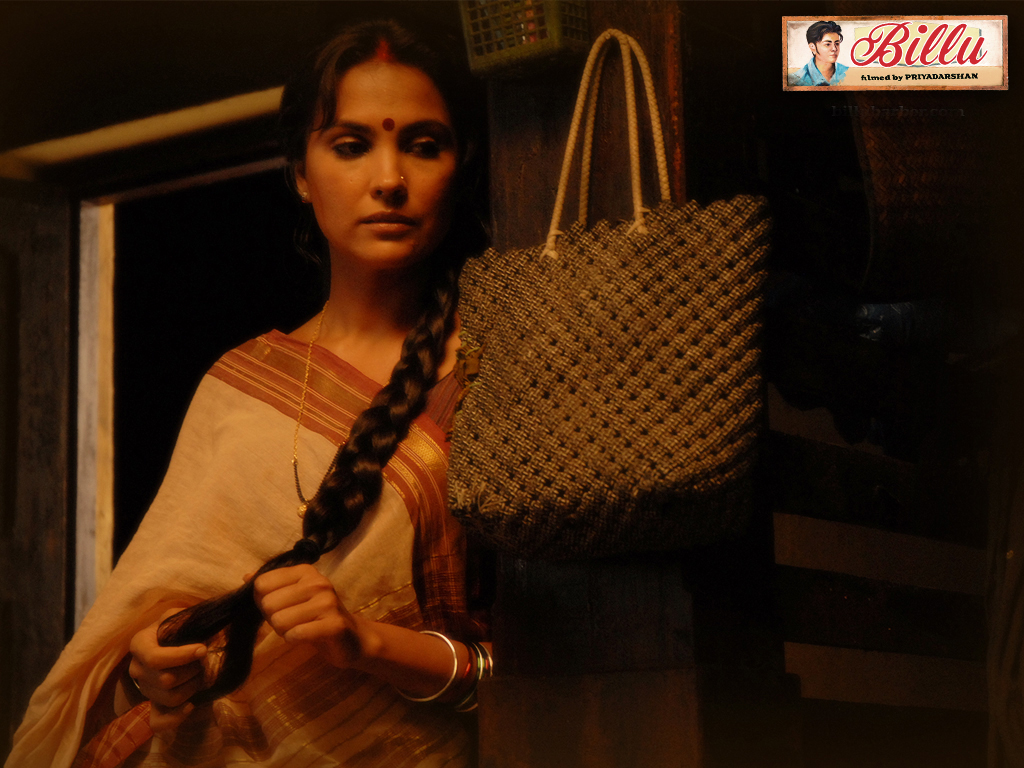 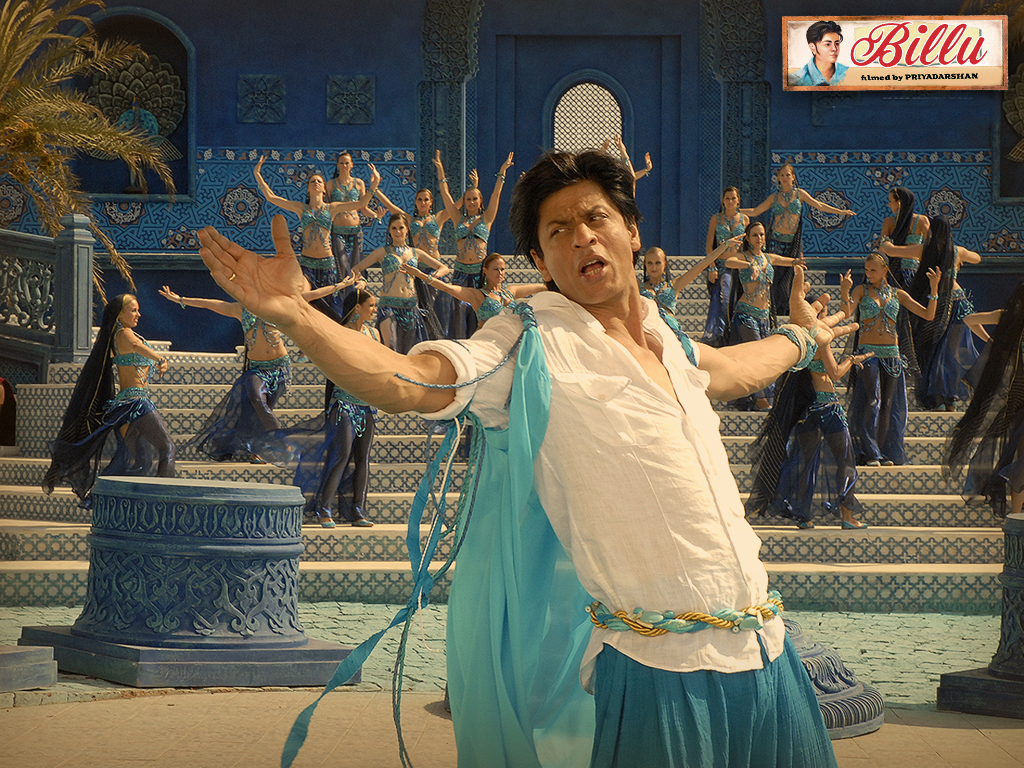 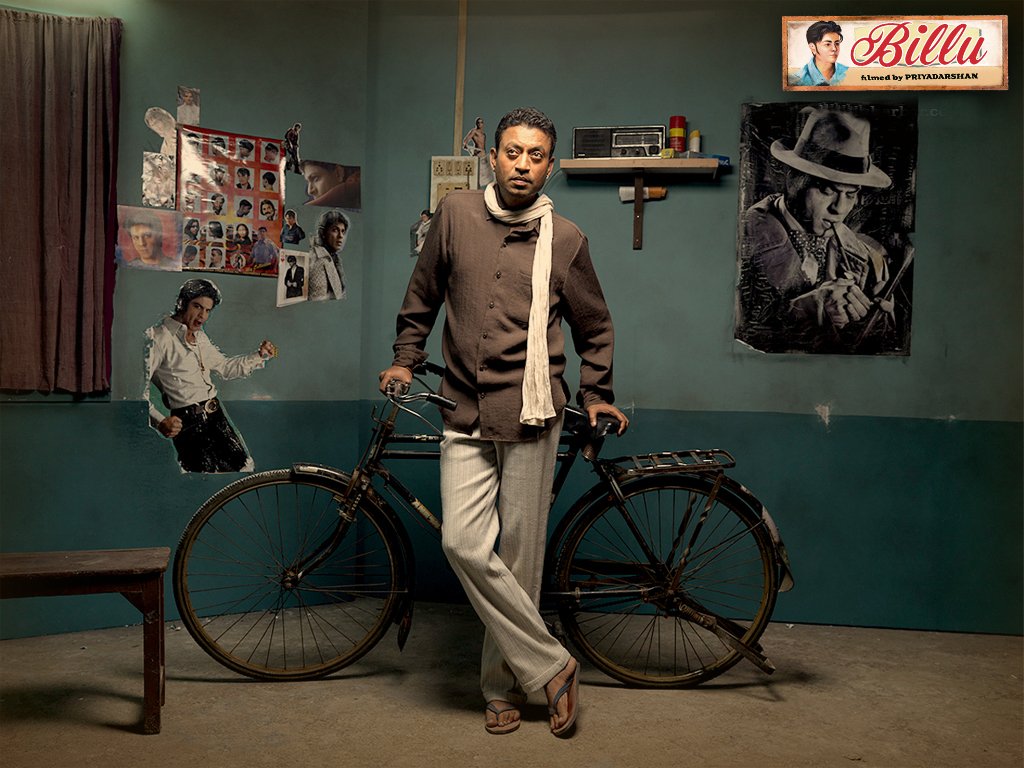 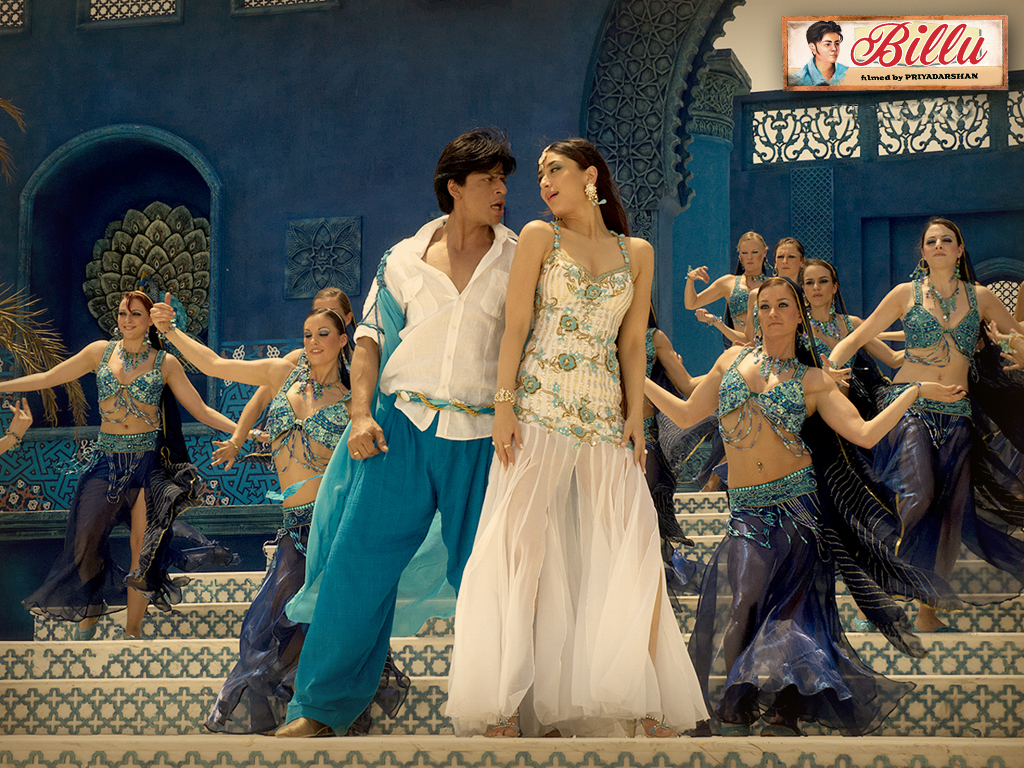 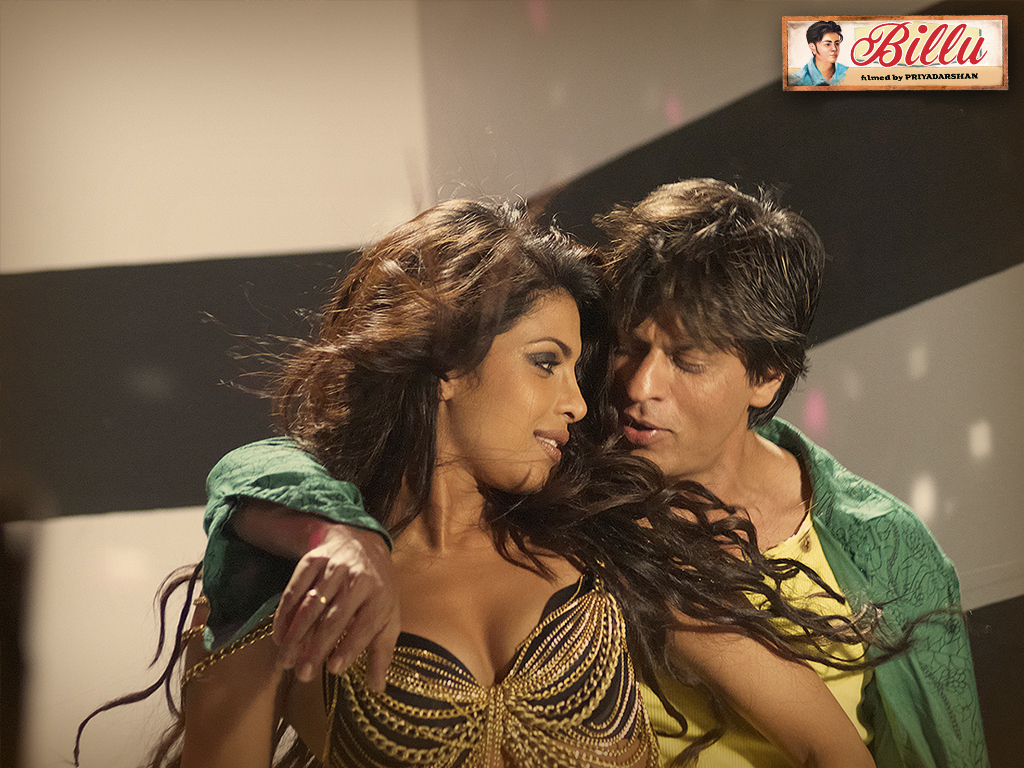 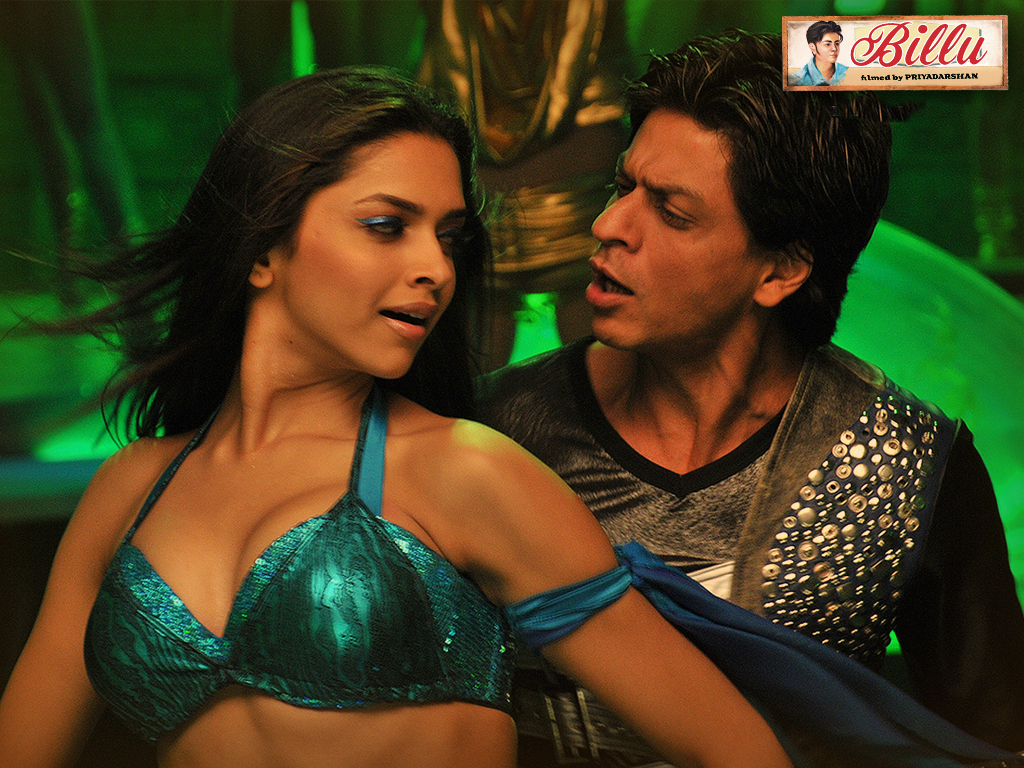 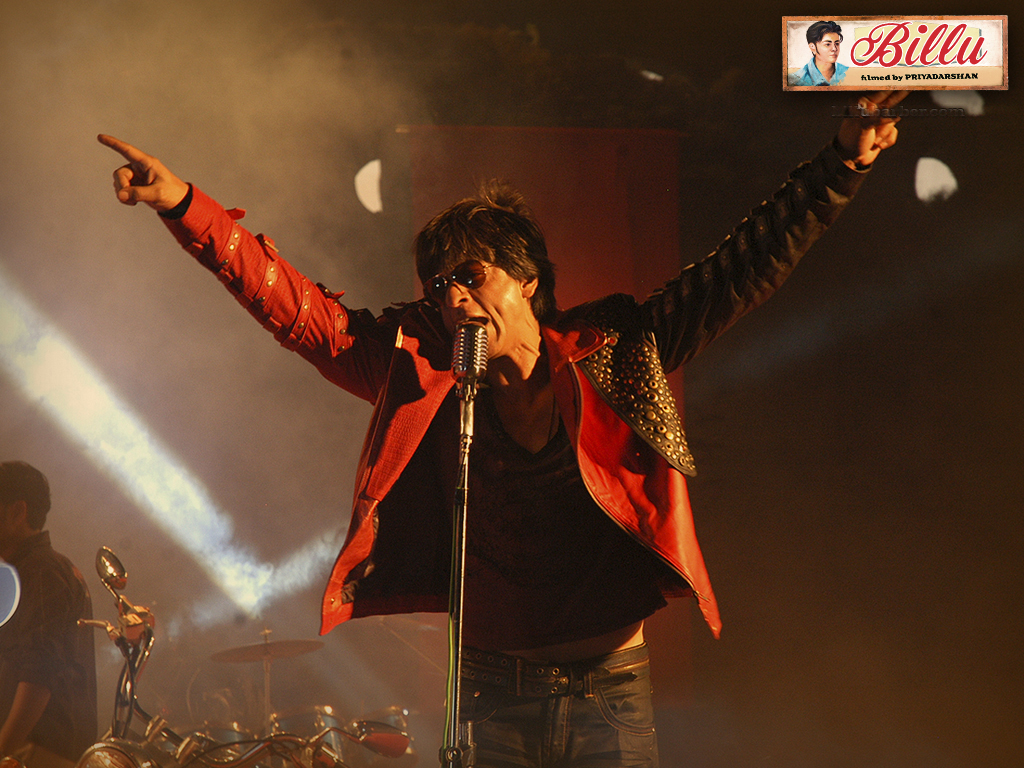 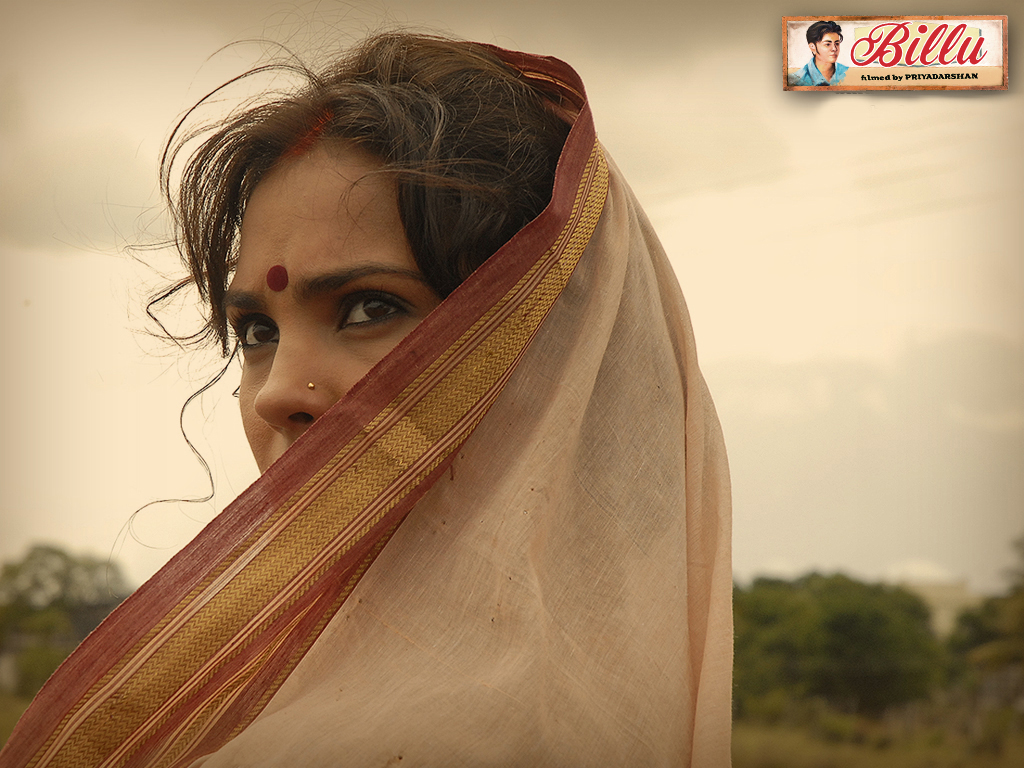 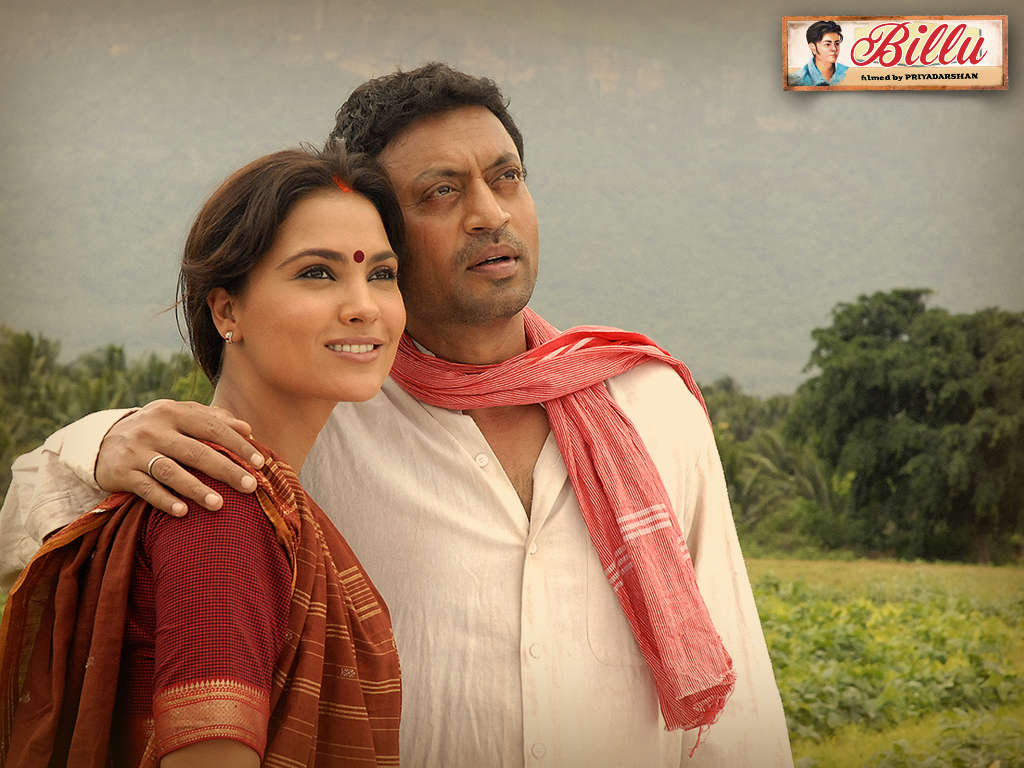 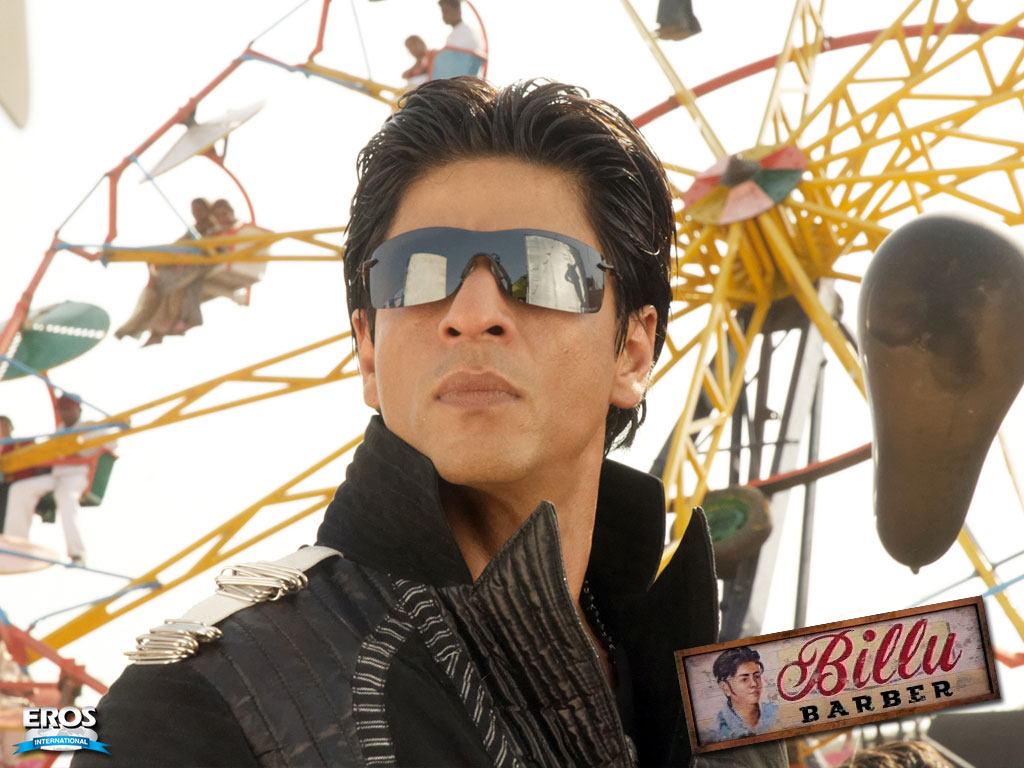 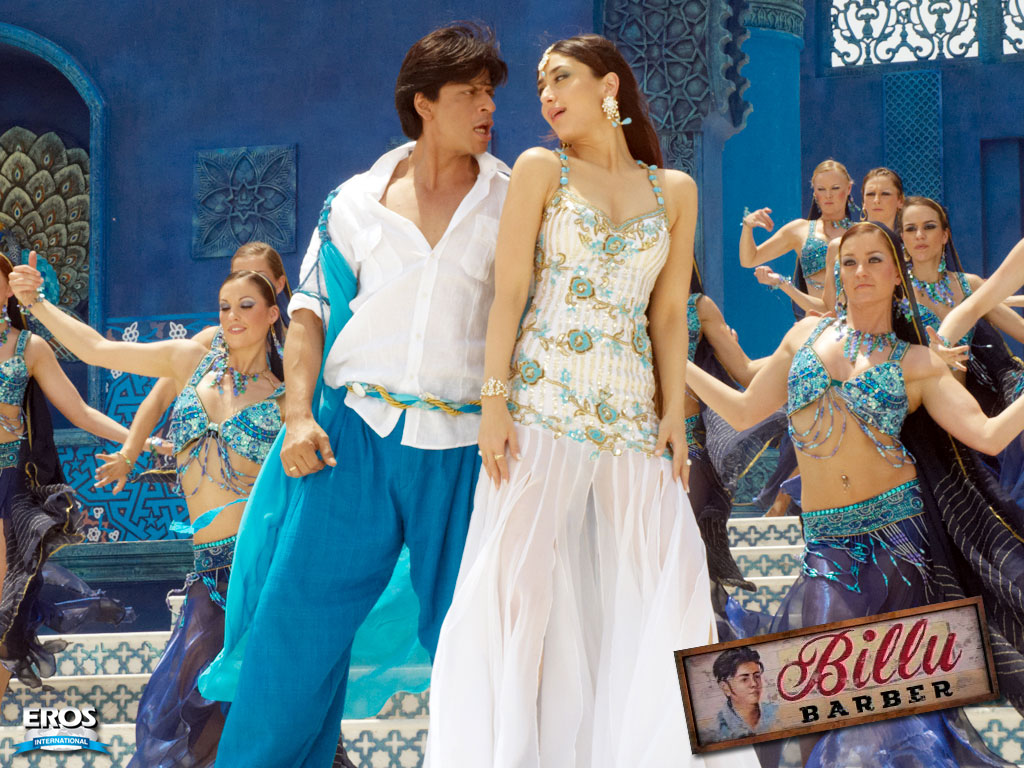 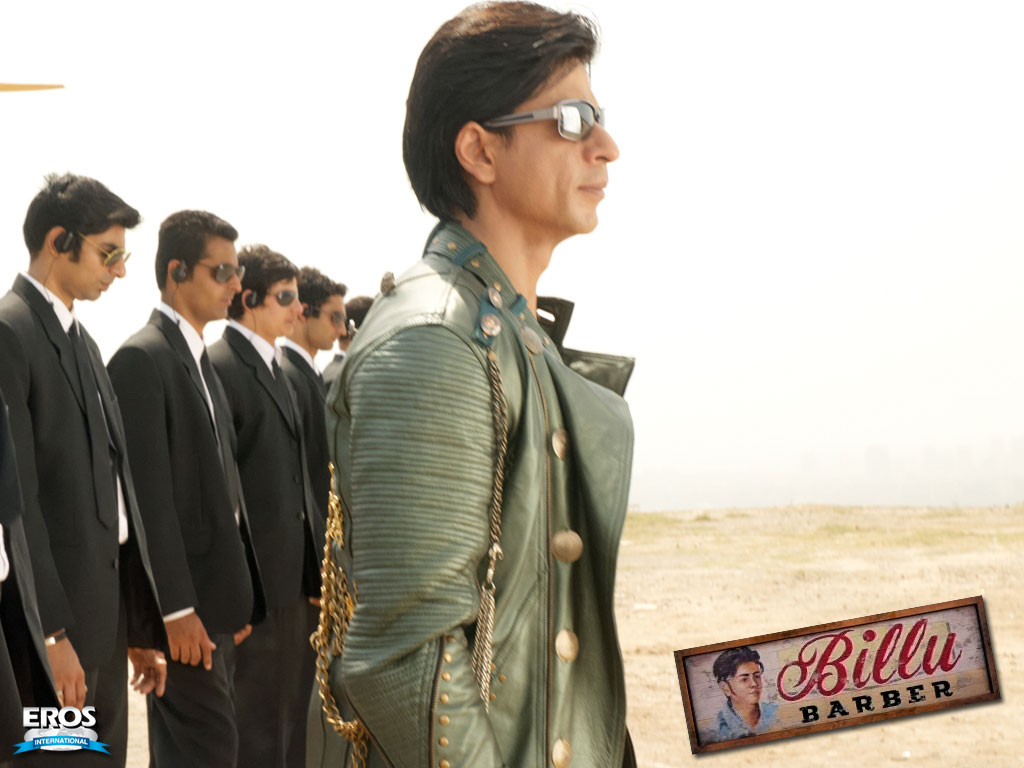