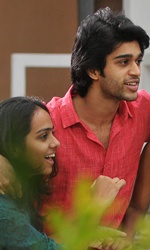 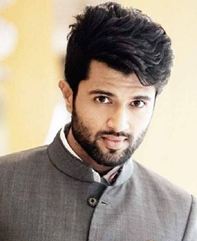 `Life Is Beautiful` - 2012 version of `Happy Days`
Rating: **
"Life is Beautiful" is like watching the 2012 version of "Happy Days" with extended running time and characters so similar to the latter that you walk out of theatre in utter disappointment. Running almost close to three hours, one should be blessed with a lot of patience to sit through the film.

The film celebrates the coming-of-age story of six youngsters in a colony, who come from different strata of society, but unite over friendship.

Srinu and his sisters have recently moved in to Sunshine Colony to stay with their grandfather. Nagaraju, Lakshmi, Madhu and Abhi, who later become Srinu`s best friends, also reside in the colony, which is home to several families, both rich and poor. The rich in the colony have an upper hand over the poor and this leads to constant rivalry. The rest of the story takes us through the lives of these six youngsters, who despite having problems of their own, find moments that make life beautiful.

Sekhar`s screenplay is dreadful and follows a path that doesn`t come to a convincing end. The characters scream boredom and appear cliched, especially few in particular such as the roles essayed by Anjala Zaveri and Shriya Saran.

Roles played by Anjala aka Maya, and Kamalinee aka Shreya in "Happy Days" have striking similarity. Both the characters are in their mid or late thirties, extremely sensuous, and drape sari in a way that their slender waist bones, tease onlookers.

Shriya Saran aka Paro reminds of the role played by Sonia Deepthi aka Sravanthi. Sonia eventually falls in love with her junior in "Happy Days", whereas Paro feels the same for Abhi, a nerd from the other side of the colony in this film.

In "Happy Days", Sekhar showed enmity between seniors and juniors. In "Life is Beautiful", he shows the same between rich and poor, who indulge in silly fights which turn irksome after a point of time.

Amala`s role is left hanging to a thin thread of hope. This is definitely not the kind of comeback the audience would`ve wanted from her.

The newcomers excel in spite of having no or meagre experience in acting. Sekhar deserves some appreciation for extracting the best out of them.

Although, Sekhar succeeds in capturing some memorable moments of life in a colony, which most of us don`t get to experience in our small, private apartments, but on the whole, his direction is weak and aimless.

The plot lacked continuity and was heading in different directions before finally arriving at a cliched climax.

Thanks to Mickey J. Meyer`s music, there are few melodious numbers to look forward to, however cinematography by Vijay Kumar falls short of brilliance.

In essence; "Life is Beautiful" doesn`t have anything beautiful to show.

Actor Akkineni Nagarjuna said he would like to celebrate many more birthdays with his wife Amala, who turned 49 on Tuesday.Read More