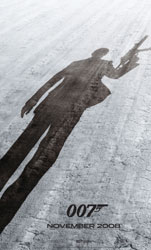 If Casino Royale was set up as a template for the new Bond actor Daniel Craig, Quantum Of Solace merely re-establishes this new order. All the major ingredients that go into making the Bond movies special are featured here. Quantum Of Solace` doesn`t thrill or break new ground, but it is still a very good Bond movie.

Director Marc Forster is an odd choice to helm a Bond movie since his previous hits - Finding Neverland and Monster`s Ball - were not action movies. While Craig returns to give a solid performance and the gritty style with raw action maintained from the previous movie, this movie does lack a coherent plot that at times undermines the whole viewing experience.

The movie continues with Bond seeking to find his lover`s killers.

This Bond is very angry and leaves too many people dead in his trail. Bond soon finds himself in the midst of a nefarious plan of villain Dominic Greene (Mathieu Amalric) who is posing as a crusader for the environment but secretly has a more sinister plan.

Hunting the bad guys requires Bond to travel quite a bit and this gives the filmmakers a good excuse to stage some action sequences. There is a chase on foot through the streets, a chase on speed boats and even a battle in the sky with planes. Through it all, Bond maintains his cool but never cracks a smile.

At times the movie takes itself too seriously. This Bond movie may be the least fun of them all. His desire to seek revenge casts a dark shadow of a mood through out the movie and some well timed humour might have been refreshing. Gone also are the gadgets, along with Q. The one liner innuendos are also missing and for the first time, Bond`s signature The name`s Bond, James Bond has been dropped.

The action sequences are disappointing. This was the most expensive Bond movie made and the action does take place in some exciting locales. But the director makes a minor mistake. He choreographed the action from up close. We are placed right in the middle of the action, but we are not clear on what`s happening exactly. Sadly, at times we don`t want to seem to care.

The actors do a commendable job. Craig clearly suffers from a script that could have exploited his range in talent more. His character comes of very one dimensional.

The Bond girls Olga Kurylenko and Gemma Arerton are stunning but end up as props. They are not allowed to be fleshed out. There is a bit of a back story for Camille (Kurylenko) but even she is disposed off much like former Bond girls.

Craig is set to return for more Bond movies. He had a good start with Casino Royale. With Quantum Of Solace he cements the new more gritty Bond, but at the expense of fun.

Here`s hoping the Bond of the future will lighten up, have some fun, and not take himself too seriously. Not everything from the old Bond movies needs to be changed.

`QUANTUM OF SOLACE` continues the high octane adventures of James Bond (Daniel Craig) in Casino Royale.`Betrayed by Vesper, the woman he loved, 007 fights the urge to make his latest mission personal.Pursuing his determination to uncover the truth, Bond and M (Judi Dench) interrogate Mr White (Jesper Christensen) who reveals the organisation which blackmailed Vesper is far more complex and dangerous than anyone had imagined. Forensic intelligence links an MI6 traitor to a bank account in Haiti where a case of mistaken identity introduces Bond to the beautiful but feisty Camille (Olga Kurylenko), a woman who has her own vendetta.Camille leads Bond straight to Dominic Greene (Mathieu Amalric), a ruthless businessman and major force within the mysterious organisation.

On a mission that leads him to Austria, Italy and South America, Bond discovers that Greene, conspiring to take total control of one of the world’s most important natural resources, is forging a deal with the exiled General Medrano (Joaquín Cosio). Using his associates in the organisation, and manipulating his powerful contacts within the CIA and the British government, Greene promises to overthrow the existing regime in Bolivia, giving the General control of the country in exchange for a seemingly barren piece of land.In a minefield of treachery, murder and deceit, Bond allies with old friends in a battle to uncover the truth.As he gets closer to finding the man responsible for the betrayal of Vesper, 007 must keep one step ahead of the CIA, the terrorists and even M, to unravel Greene’s sinister plan and stop ‘Quantum’. The Bond films had it all and captured the spirit of the decade like no other films - exotic locations, glamorous girls, exciting car chases, larger than life villains and clever gadgets. And of course, in the middle of all of this, James Bond himself, drinking a dry martini and usually immaculately dressed in a tuxedo, with a beautiful woman on his arm. Quantum of Solace has been termed as perfect Bond Movie covering every aspect of it. 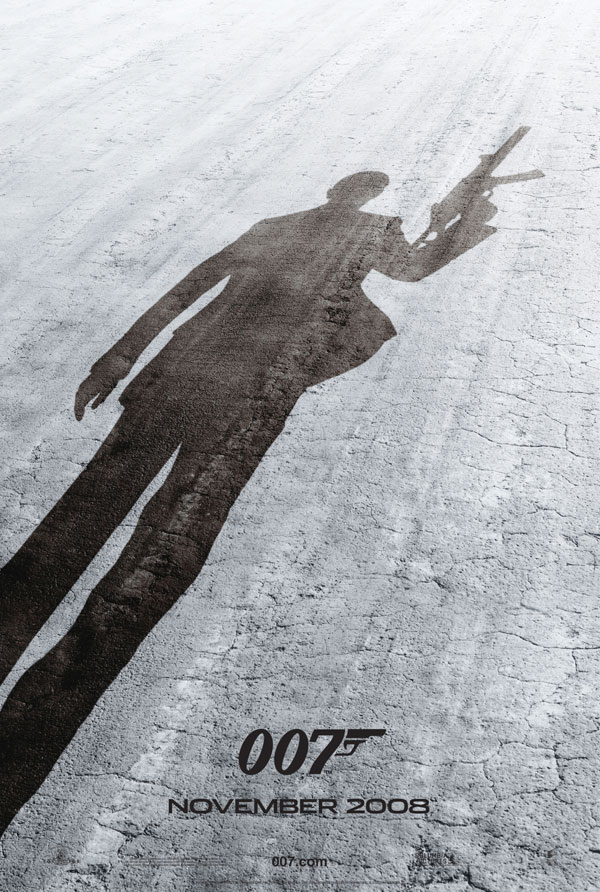