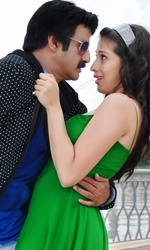 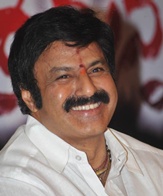 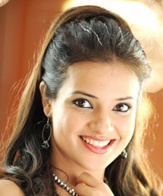 Overdose of Balakrishna in `Adhinayakudu`, skip it (IANS Movie Review)

"Adhinayakudu" does not look like a commercial entertainer, but it may appeal to ardent fans of Balakrishna. For others, it would be difficult to endure the loud political drama.

In the film, you have to watch not one, but three Balakrishna as he is doing a triple role. His intensive dialogues carry a lot of punch and power and it can appease his fans, but his stylised acting may not be well-received by today`s youngsters.

Director Parachuri Murali has made things worse by writing a script, which is full of illogical and ill-conceived sequences.

Technically, "Adhinayakudu" fails to meet the expectations because of poor production values, bad editing and below average cinematography.

The story revolves around a much respected leader Rama Krishna Prasad hailing from Rayalaseema area of Andhra Pradesh who has been targeted by his political rivals. Prasad is known for his influence in Rayalaseema`s social and political landscape.

Rivals hire supari killer Kittu, who is actually senior Rama Krishna Prasad`s son. Rather than doing his job, Kittu protects his father which infuriates the villains. Later the it is revealed that Rama Krishna is the son of Harischandra Prasad who was a legend in Seema politics.

Harischandra Prasad is killed by Kittu and it angers Rama Krishna Prasad and it creates a rift between father and son.

Tolerating one noisy Balakrishna is more than enough for the audiences, but in this film they have Balakrishna in three different roles and getups.

Lakshmi Rai and Saloni provide glamour quotient. Veteran artists` roles and performances do not speak much.

Watch "Adhinayakudu" only if you are a genuine fan of Balakrishna in particular.