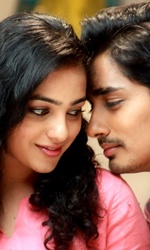 Acclaimed ad filmmaker Jayendra`s debutant movie has all the strength of ad filmmaking - it has style and fabulous visuals. Each frame is a visual treat with an additional strength of showing minute details perfectly.

Cinematographer Balasubramaniem has given the edge to the film by his imaginative and flawless work with the camera work (the slow motions are tastefully done). The problem with the movie is that it doesn`t have anything new to offer in terms of story or the treatment.

The movie begins with some promise. The protagonist (Siddharth) is seen taking a dip in the Ganges with a deep sorrow casting a shadow on his face. He seems to be disinterested in life. Incidentally, he gets to talk to a boy, whose words teach him a lesson. He rechristens himself as Mano (the boy`s name) and sets off to Chennai where he immediately gets a house to stay and starts doing social work by helping paper boys and sundry workers.

These dream-like scenes move ahead and then Vidya (Nitya Menon), a photo journalist, enters the story. She falls in love with Mano who doesn`t reciprocate, though he cares for her. When things come to a crucial stage, Mano sets off to another place and Vidya is determined to follow him. On her way, she meets with an accident and Mano takes the responsibility to treat her.

After the intermission Mano`s past is revealed. He was a chief surgeon in San Francisco and married to his sweetheart Renu (Priya Anand). Their fairytale love story had a shocking end. Now Mano is forced to go back to San Francisco to save Vidya. The trip rekindles past memories and creates new dilemma. What happens to his marriage, and what happens to his future form the crux of the story.

The flashback is the backbone of the story, as it reveals Mano`s nature and the reason behind the change in his behaviour. The flashback portions, just like the rest of the movie, have been executed well. But the developments are too predictable. Many scenes seem to be redundant and some scenes like the entry of the mother of the hero are unwarranted.

The script misleads us in the first half where the protagonist indulges in various social work. The purpose of these scenes is to show the hero trying to forget his past. But the length and details with which these scenes are portrayed mislead us.

The director could have shown `living in the present` in a crisp manner. The hero getting a house in T. Nagar so easily is unbelievable. His days with the street children look more like a dream than real.

Some scenes are poetic (the parting kiss involving Siddharth and Priya) and some scenes are interesting (the nervousness of Nitya when Siddharth comes to her house without prior notice).

The feel good factor in the first half and the sorrowful elements in the second half do not jell. But the director has handled the emotional and romantic scenes very well.

Sharreth`s music is imaginative. The songs KJ and Ne Korinal are noteworthy. Balasubramaniem`s cinematography is excellent.

The movie is a visual treat - the streets of Chennai streets and the locales of San Francisco have been captured beautifully.

But the writer disappoints with a story that has nothing new to offer.

Siddharth has made a fabulous re-entry into Tamil films. He has rendered a performance that shows his maturity as an actor. Nitya Menen handles a heavy role comfortably. Priya Anand looks gorgeous and steals the show with her looks and acting skills.

Director Jayendra has made a stylish film using the essentials of an ad film. His choice of story and the script hasn`t fit the bill. As a result, Nootrienbathu has come out as a finely made film with some good performances without novelty or the gripping element. 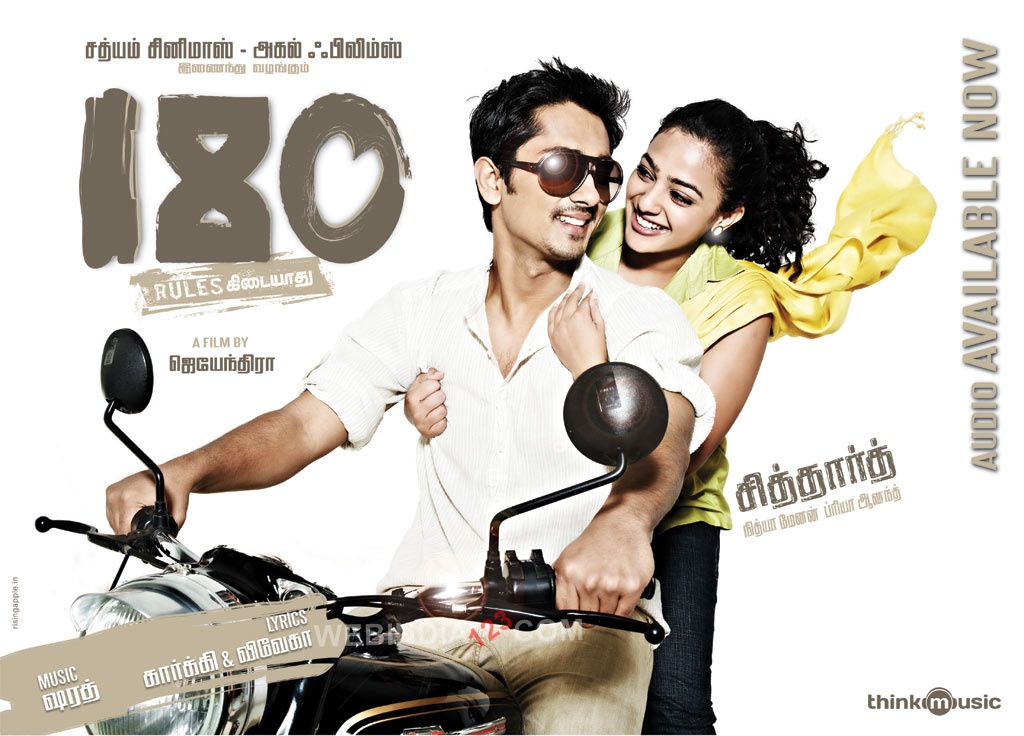 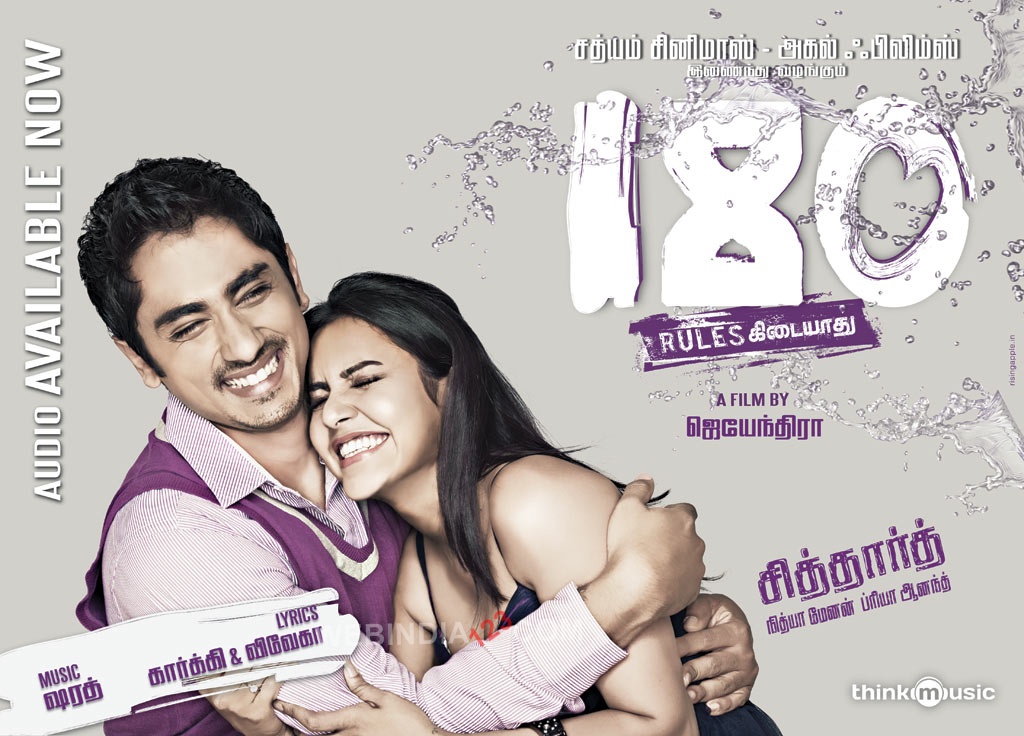