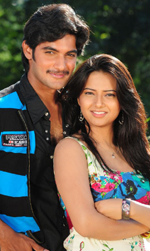 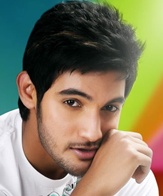 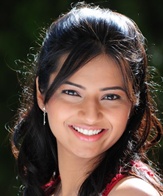 It is the high voltage energy of debutant Aadi, son of veteran actor Sai Kumar, in songs and fight sequences that saves Vijaya Bhaskar directed "Prema Kavali", which is nothing but a predictable love story made with an unimaginative script.

Nothing is fresh in the film except the lead pair who has done a good job in their first film. Very few know that even before Aadi decided to become an actor, he had impressed Chiranjeevi with his dancing skills.

Vijaya Bhaskar was considered a remarkable director of family-oriented love stories when he had writer Trivikram Sreenivas assisting him. The highlight of Trivikram`s writing used to be his crispy one liners that really complimented Bhaskar`s direction.

Over the course of time, Trivikram turned into a director himself and wove successful films like "Jalsa", "Athadu" and the recently released "Mahesh Khaleeja". So in Trivikram`s absence, Bhaskar`s flaws are showing. In recent times, he has made mediocre films and "Prema Kavali" is the best example of that.

Though Aadi has tried to salvage the film, it suffers from a ridiculous narration and bland script. The story, screenplay and even the dialogues of the film are stereotyped.

Some of the sequences are utterly laughable also. Bhaskar has loaded the film with unnecessary action and comedy sequences. He might have thought that these forced elements would ensure film`s success, but they look out of place instead.

Besides, Aadi`s presence, it is Chota K. Naidu`s brilliant cinematography and Anup Reubens song compositions that help the film.

In the film, Prema is blackmailed by Shafi because he has a photograph where she is kissing her boyfriend Sreenivas. Prema is scared because her father is a strict jail superintendent and she is willing to cough up any amount of money to get the negatives of her photos. She confides into her sister.

Meanwhile, Sreenivas, who had been away for a NCC training camp, returns home and is surprised with Prema`s behaviour - she tries to avoid him.

Aadi shows lot of flexibility and style in his dances and fights. Isha Chawla makes efforts to prove herself. Shafi is good as villain. Dev Gill shouts a lot. Comedy artists are as usual good in their roles.

The film has rich production values. Camera and music work have complimented it.

Despite many negative points, "Prema Kavali" is a good watch thanks to Aadi`s confidence and energy.