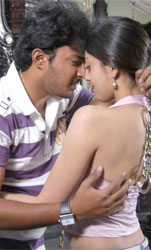 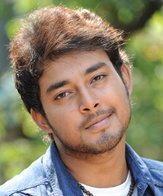 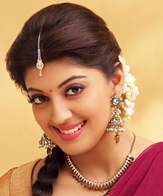 Ee Tharam Films is one of the prestigious banners in the Telugu film industry. It has produced award winning issue-based films like "Neti Bharatham", "Yerra Mandaram" and "Navodayam". But their latest offering "Em Pillo Em Pillado" is an apology to the type of films the banner makes

It also reflects the fall in the standard of story telling techniques seen in recently released Telugu films where focus has been shifted to rich production values and illogical sequences, which are an insult to the intelligence of the viewers. "Em Pillo Em Pillado" is the best example to prove this point.

Kannada actress Praneetha makes her debut in Telugu films with the movie. The actress, who had made a grand entry through "Pokiri", has really made a wrong choice in picking this film. The film`s hero Tanish has been given an overburdened role that should be reserved for mature actors. He looks clearly out of place.

It is left to veteran artists like Charan Raj and Ahuthi Prasad to salvage the film by delivering natural performances. Even the comedy sequences look out of place.

Director A.S. Ravikumar has already made some films, which didn`t perform at the box office. But he has utterly failed this time by opting a stereotyped and predictable story that is illogically and torturously narrated on screen.

"Em Pillo Em Pillado" follows a formulaic narration which has been seen from the last six decades on screen. Leave alone the lack of freshness in the film, even the so-called twists are predictable. Since the film is touted as a commercial entertainer, it is easy to guess that the film`s hero Ram will unite the feuding families and get married to his lady love.

Ravi Kumar has proved that he hasn`t grown from the stereotyped stories by writing such a listless script. It seems Ravi Kumar and producer Babu Rao deliberately kept creative ideas away while working on the script.

Not even one element in the film looks interesting including Mani Sharma`s music or the visuals of the film which are run of the mill type that remains faithful to the formula-based script.

Watch the film if you are prepared to waste precious time and suffer continuous torture.