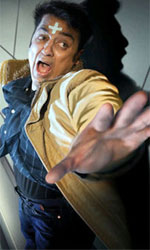 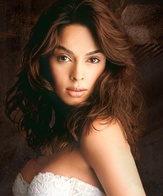 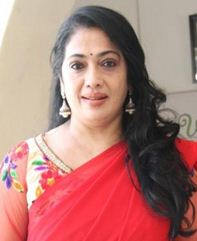 Apart from 10 different avatars (incarnations) of Kamal Haasan, the only thing worth writing home about Dasavathaaram is its technical brilliance.

The roles are myriad.

Starting with the drowning punishment of a Vishnu devotee, Dasavathaaram, for no apparent reason, morphs into an action extravaganza - full of chases over a deadly virus involving a scientist and assisted and hindered in turn by the other characters - all played by Kamal.

Asin plays a double role in the film that is a part-comedy-part-tragedy mishmash. Mallika Sherawat flits across the screen in skimpy costumes and ends up dead.

While the cinematography by Ravi Varma, background score by Devi Sri Prasad and Kamal`s acting are the film`s highlights, the Himesh Reshammiya numbers have as much Tamil nativity as George Bush.

Dramatic incidents galore are actually one of the minus points of the film, of which there are one too many.

Kamal is in every frame of the movie and knowing his methods, director Ravi Kumar`s role in the film seems to be seriously limited.

The unsolved puzzle as to why there are 10 Kamals when one would have been more than enough remains an unpleasant hangover long after the movie.

In all, Dasavathaaram is a movie that every Kamal fan would want to watch.

As for the rest of the audience, it is the case of a Kamal-overkill.

Actor-filmmaker Kamal Haasan has plans to revive Tamil-Hindi bilingual action thriller "Thalaivan Irukkiran", which he had planned to make with Saif Ali Khan two years ago, a source said.Read More