MY NAME IS KHAN

My Name is Khan 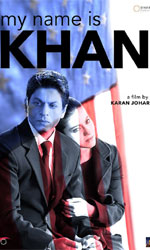 My Name is Khan Review

Questions of religious and national identity, of the sense of right and wrong, of combating a certain isolation that comes with a behavioural disorder. But what triumphs over all the complexities unfolding in a tumultuous post 9/11 America is Rizwan Khan and his essential goodness that tells you unwaveringly - his name is Khan and he is not a terrorist.

Director Karan Johar is in unfamiliar territory here. No candyfloss romance, no sweet nothings, nobody breaking into song. Just the super intelligent Rizwan, who has Asperger`s Syndrome, a form of autism, his halting voice with his inability to communicate, and his many relationships - with his mother, his brother, and yes, Mandira, and her son Sam.

Move over Rahul, Rizwan is here. Shah Rukh makes the transition from the eternal romantic to the intense Rizwan who finds love and loses it some years later when his Khan identity becomes all important in a tense, suspicious America. You sit through three hours waiting to get a glimpse of Shah Rukh through Rizwan Khan, but it doesn`t happen.

If Shah Rukh lives and breathes Rizwan in what is one of his finest roles, Kajol as Mandira, the vivacious single mother, is also good - as always. The chemistry between them if not always crackling, then heartwarming.

It`s an unlikely romance, not very easy to portray. But it`s dealt with a light touch. There they are sitting on either side of the bed after their wedding with Mandira telling Rizwan, who doesn`t like to be hugged, that this is something they can`t do without touching. It`s a scene that could quite easily have gone wrong, but it doesn`t.

All credit to Karan Johar for that.

Like a piece of music that gradually rises to grand crescendo, My Name Is Khan begins with Rizwan as a child with his mother - so good to see Zarina Wahab after such a long time - in a tenement in Mumbai and ends with cheers from the US` first African American president in a crowded rally.

It`s from his mother that Rizwan learns his first lessons of humanity; as the 1983 Mumbai riots rage outside, she tells the young boy that the world is divided into good people and bad people.

It is this essential humanism that carries Rizwan through from Mumbai to San Francisco where his brother stays, then to the suburb of Banville where he moves in with Mandira and Sam, and even when he is taken to be a terror suspect.

Sam, his only best friend, is subjected to a vicious race attack because he takes on Rizwan`s surname. Mandira hits back, saying that the worst thing she could have done was marry a Khan and Rizwan is out on the roads - unable to articulate his feelings but backpacking his way across the US to meet president sahib so he can tell him: My name is Khan and I am not a terrorist.

It is a road journey through a troubled post 9/11 America towards humanism and the essential goodness of the human spirit.

This is a US where chanting the name of Allah gets you into trouble, where the word terrorist and Khan in conjunction can put you behind bars. Rizwan moves from being a terror suspect to a nationwide hero who exposes a terror mastermind. And then, the man with the mission who travels to Wilhelmina that is literally drowning in a hurricane to supervise a heroic rescue mission.

There`s Afghanistan and Iraq, Bush and Obama too. The US` first African American president is voted in and, in that final feel good moment Rizwan meets him in front of thousands of people and his goodness is validated.

Plenty of great one liners. When he is refused entry into a presidential fundraiser for the poor in Africa that is only for Christians, he leaves behind $500 saying: This if for those who are not Christians in Africa.

The music by Shankar Ehsaan Loy is superb. This is not a film without flaws, it is at least 20 minutes too long for one and flags in the pre-interval period, but here is one straight from the heart. It has a message, in these days of tensions over language and religion, one which needs to be heard.

My Name is Khan Movie News

Shah Rukh Khan got together with actresses Kajol and Rani Mukerji -- not for a film but for a selfie. The superstar said he was in awe of their persona, and thanked them for their graciousness and love.Read More

My Name is Khan Synopsis

My name is Rizvan Khan

I might seem a little different to you. That is because I have Aspergers Syndrome. It is named after Dr Hans Asperger who first noticed the traits in children. Having Aspergers does not mean I am stupid. I am very intelligent, but I don’t understand people. I don’t know why people say things they don’t mean. For example, they say come to my house any time, and when I go to their house they say why have you come at this time? Sometimes people think I am rude. I don’t mean to be rude, being rude is not good. My mother said there are only good people and bad people in the world and I am a good person…

Rizvan Khan, a Muslim man from India, moves to San Francisco and lives with his brother and sister-in-law. Rizvan, who has Aspergers, falls in love with Mandira. Despite protests from his family they get married and start a small business together. They are happy until September 11, 2001 when attitudes towards Muslims undergo a sea-change. When tragedy strikes, Mandira is devastated and they split. Rizvan is confused and very upset that the love of his life has left him. To win her back, he embarks on a touching and inspiring journey across America.

‘My Name is Khan’ is the triumphant story of an unconventional hero overcoming obstacles to regain the love of his life.

My Name is Khan Wallpaper 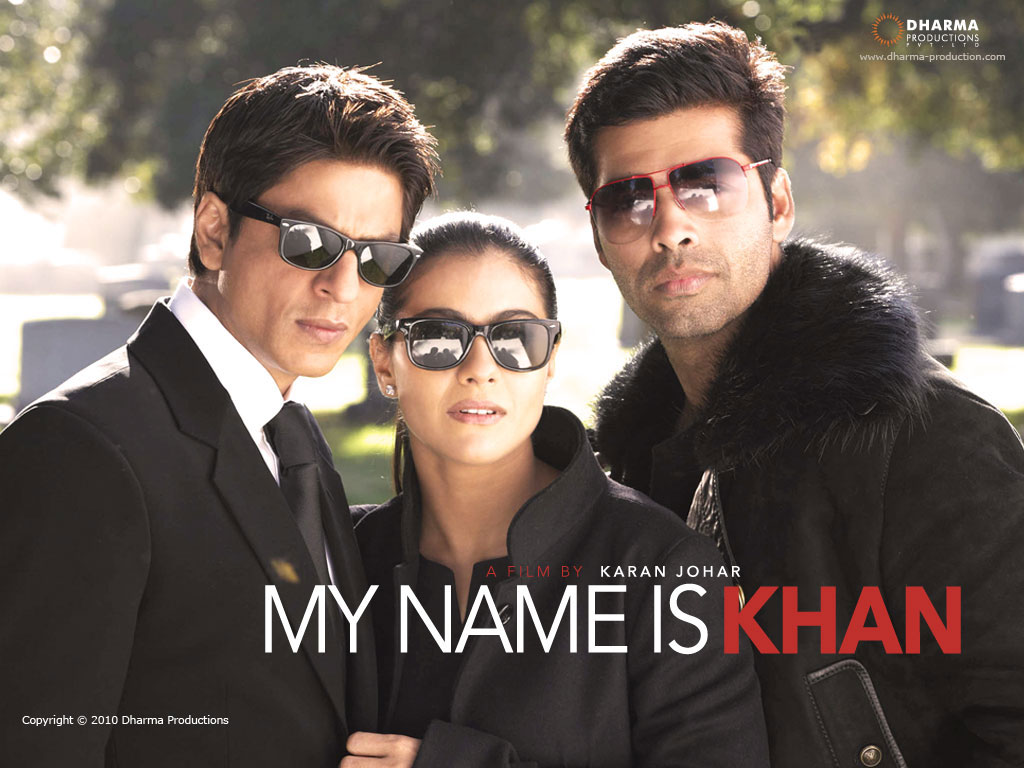 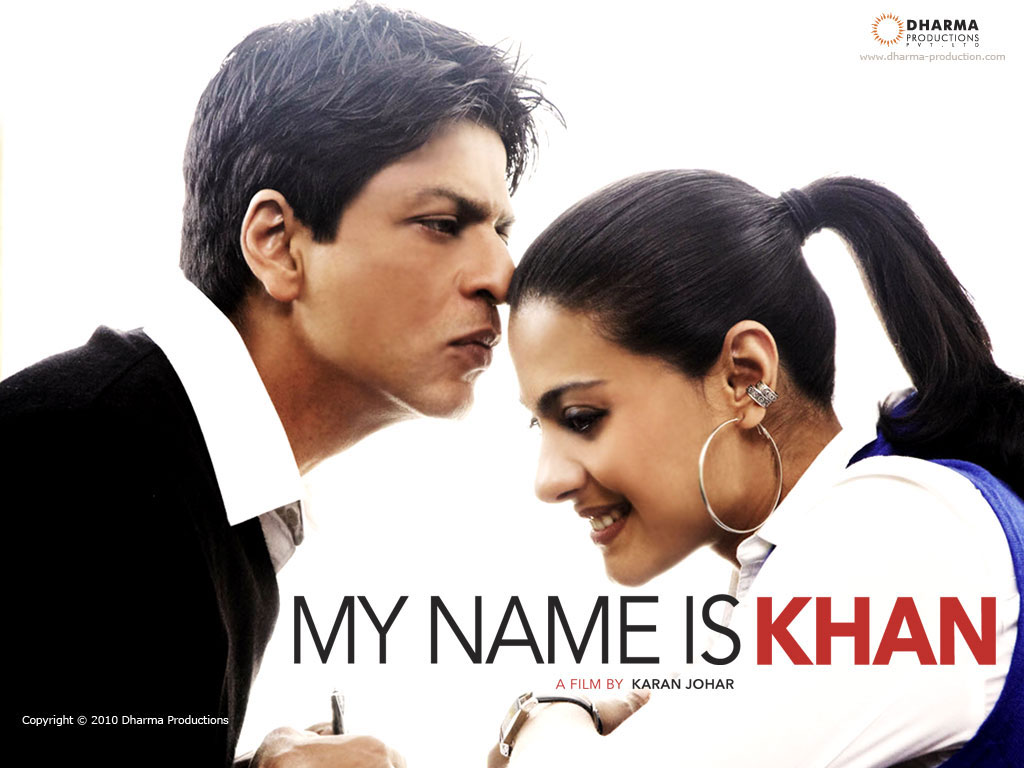 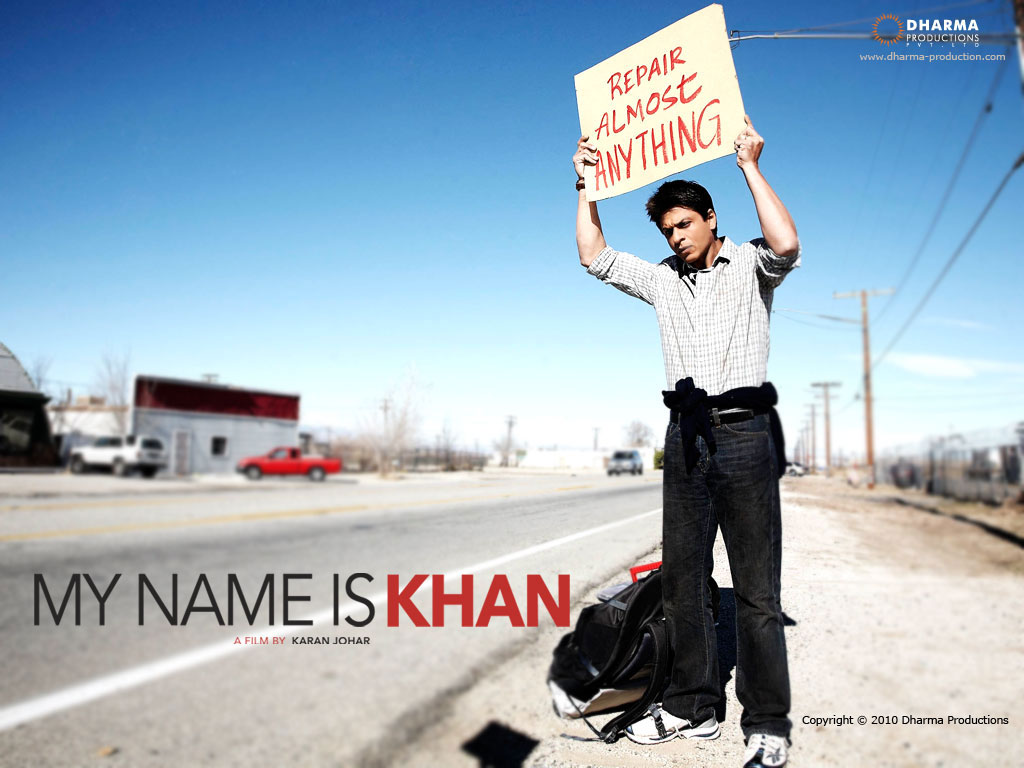 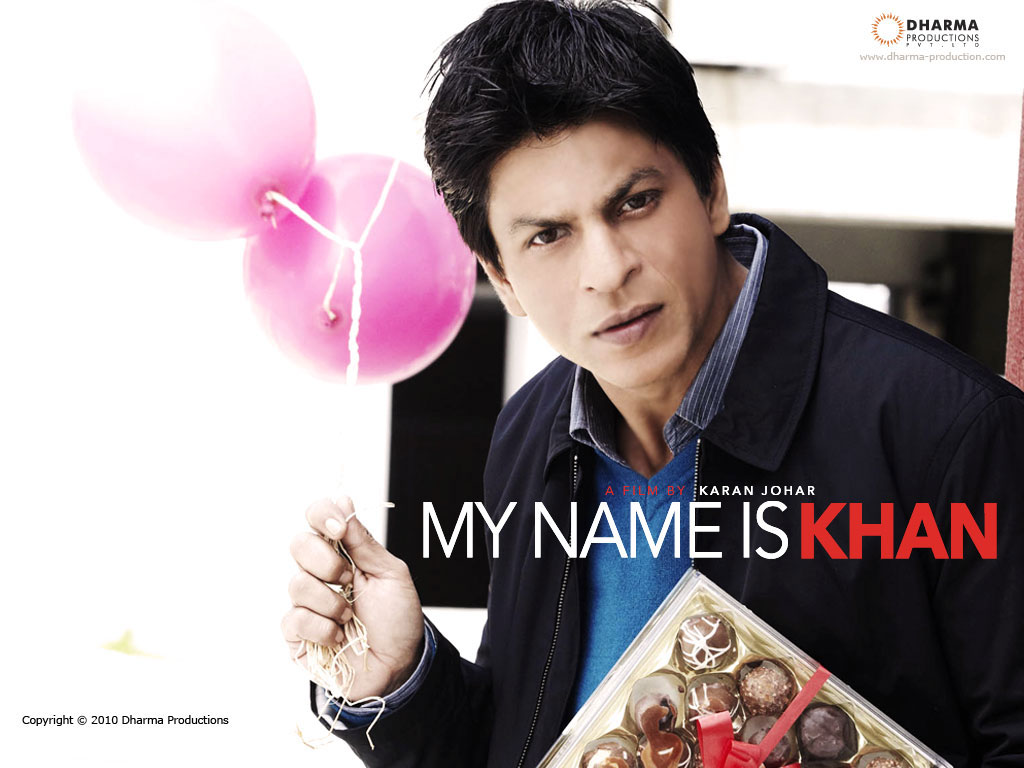 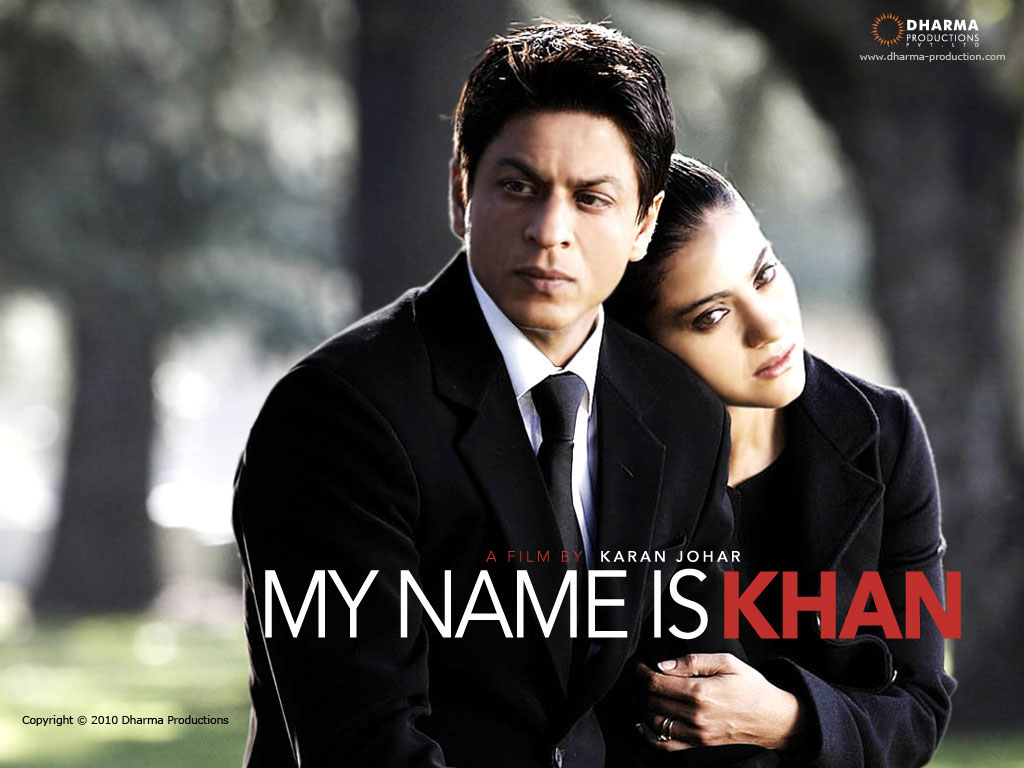 My Name is Khan Stills

My Name is Khan trailer

My Name is Khan Video

My Name is Khan MOVIE EVENTS