ROCKET SINGH - SALESMAN OF THE YEAR

Rocket Singh - Salesman Of The Year 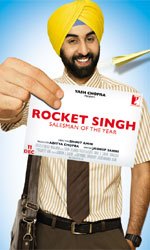 If cinema to you is just a vehicle to indulge in mindless diversion, then "Rocket Singh - Salesman Of The Year" is not your cup of tea.

If cinema as a popular work of art is meant to make viewers reconsider the quality of their lives, then plunge into the mundane world of Punjabi munda Harpreet Singh.

Like in "Wake Up Sid", Ranbir Kapoor plays a somewhat aimless guy who`s just out of college wondering what to do next. That`s the moment when we jump into the lives of Sid and Harpreet, so similar in their soporific world-view and yet so different in their journey from premature jadedness to premature wisdom.

Shimit Amin`s earlier inspirational work "Chak De! India" was far more aggressive in its aspirations. "Rocket Singh" is a more gentle and non-cynical work. Its opinion on contemporary corruption is tinged with warmth, humour and a subtle regard for office politics seldom seen in our films.

Some may perceive "Rocket Singh" as a niche film on the politics of computer hardware. This is as shallow a reading of Shimit`s cinema as looking at "Chak De!" as a hockey film.

People habituated to being spoon-fed emotions by filmmakers who think masala is what makes entertainment palatable, may find Shimit`s approach to Harpreet`s tale almost arrogant in its self regard and disdain for the qualities that make socially-purposeful cinema engaging to the man in the backseat.

Outwardly Shimit and his brilliant writer Jaideep Sahni, whose words move effortlessly from stinging social comment to conversational candour, don`t seem to care whether the audience joins them in their scathing often frustrating sometimes humorous search for a centre to Rocket Singh`s life.

But make no mistake. This film really cares about the environment of indolent debauchery that has crept into the working-class lifestyle. The office details are so dead-on in recreating the deceptive dynamism of an office-going entourage, you wonder if Ranbir, the writer and director spent quality time in a slothful hierarchy-motivated office.

Ranbir`s journey from professional disgrace to redemption echoes Shah Rukh Khan`s voyage from the damned to the extolled in "Chak De". Except that Ranbir`s playing field is more in his mind and soul.

As the protagonist gathers together his dignity to pursue a path of honesty in his business transactions, we witness the portrait of a detoxicated working-class hero.

Ranbir brings to his part a lot of earnestness and heart. His natural and utterly contagious exuberance seen in "Wake Up Sid" and "Ajab Prem Ki Ghazab Kahani" is effortlessly curbed here. What we see on screen is a Sardar not quite like any of our movies have shown so far.

Harpreet, who later becomes Rocket Singh because his colleagues throw paper rockets at him, doesn`t become a larger-than-life figure of aggressive sales-pitch. Ranbir plays the loser who turns the zero on his life`s calling-card to his own advantage with the kind of unspoken wisdom that actors acquire after decades of experience.

The supporting cast of Mukesh Bhatt as the office peon, P. Santoshi as the lazy porn-addicted colleague, Gauhar Khan as the commodified office receptionist and Naveen Kaushik as the crucial link in Harpreet`s work place, boost Ranbir`s central presence with their ingrained sense of belonging to the world Shimit and Sahni have created.

"Rocket Singh" works on many levels beyond Ranbir`s astonishing performance. It is a momentous piece of cinema for its writing and its indifference to the dynamics of conventional storytelling.

Sahni`s words are often so laconic that they make their point without our being conscious of their importance to the given context of working-class inertia.

While urging the sexy office receptionist to join him in his audacious entrepreneurship, Harpreet warns Gauhar: "Otherwise I`ll remain the joker Sardarji and you the item girl."

The film`s main conflict is between Harpreet and his unscrupulous boss played by the aptly over-the-top Manish Choudhary. The two finest sequences are written as muted acidic confrontations between Ranbir and Choudhary. The final encounter in a supermarket where the boss surrenders to Harpreet`s integrity is the trickiest part of the narration.

"Rocket Singh" stands tall despite its flaws. On the surface it has a uni-focussed sameness to its narration, as though the story was being told in one breath.

The lack of drama in a situation simmering with emotional dips and curves gets the audience fidgety. But soon we realise the absence of expendable energy is the narrative`s primary virtue.

You can`t miss the writer and director`s concern for a growing middle-class that worships wealth and success at the cost of more valuable assets. Most of all you can`t miss Ranbir as the understated Sardar riding his cherry-red scooter gifted by his grandfather (Prem Chopra) cringing at the red light when a swanky motorbike rides up alongside.

But Ranbir`s portrayal of the loser`s rise from shame to name is a journey we`d any day undertake even on a cherry-red scooter.

Ranbir Kapoor's attempts to highlight a salesman's life through his latest outing "Rocket Singh - Salesman of the Year" have gone awry, as the film has fallen flat at the box office. Read More 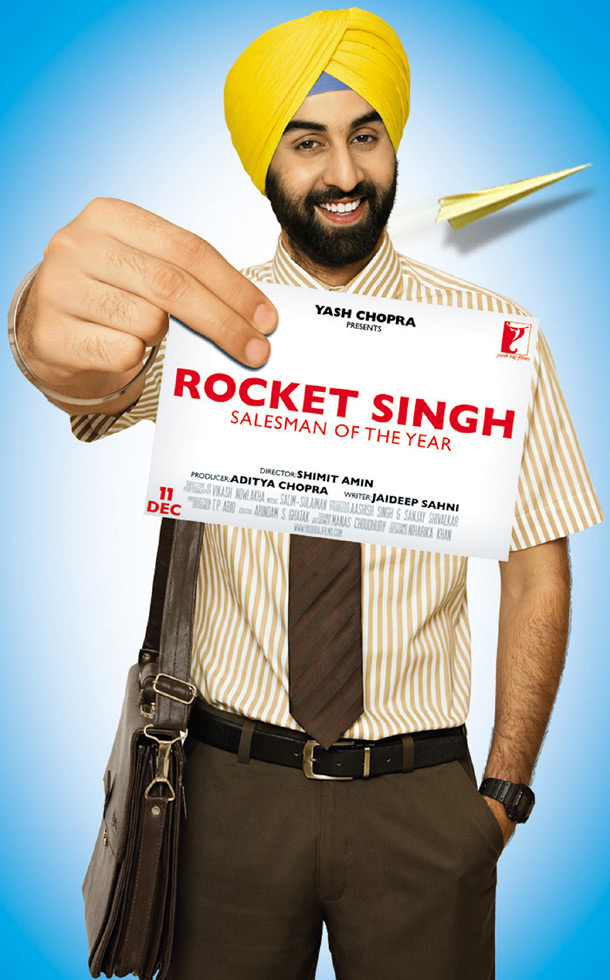 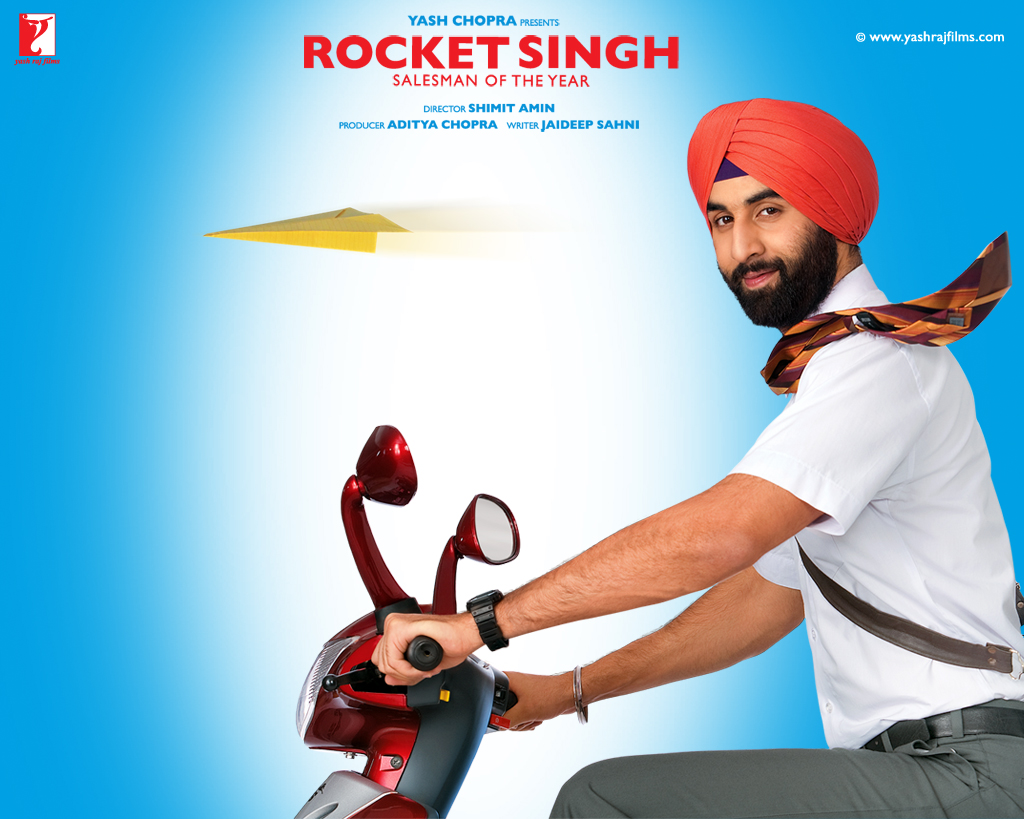 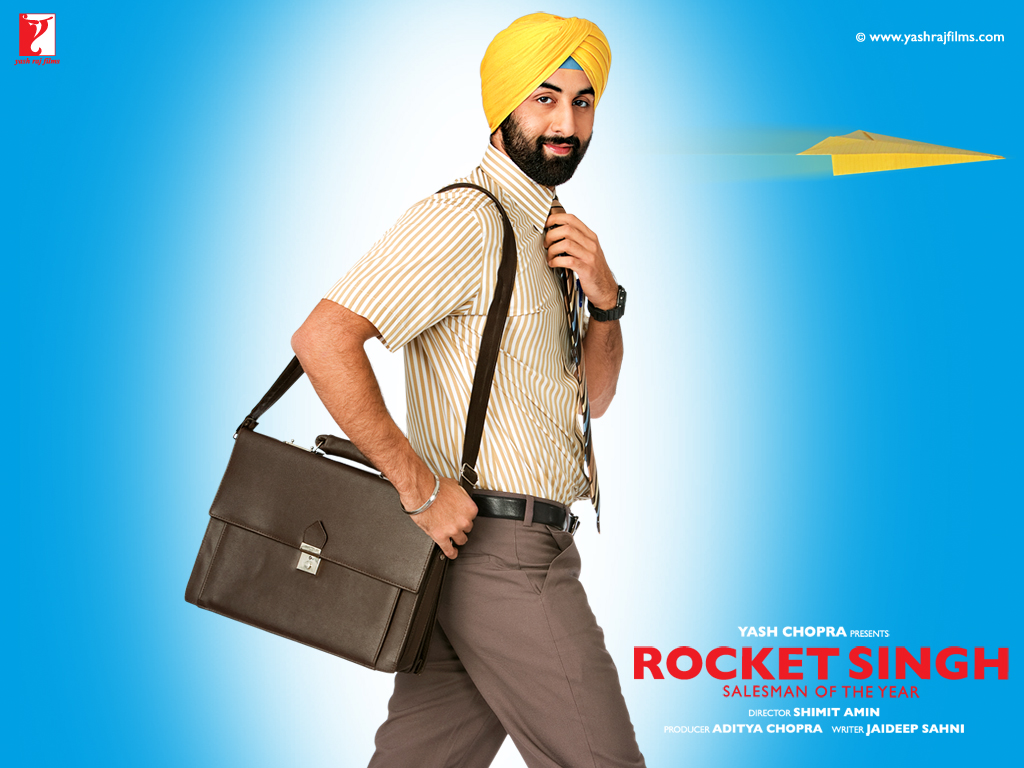 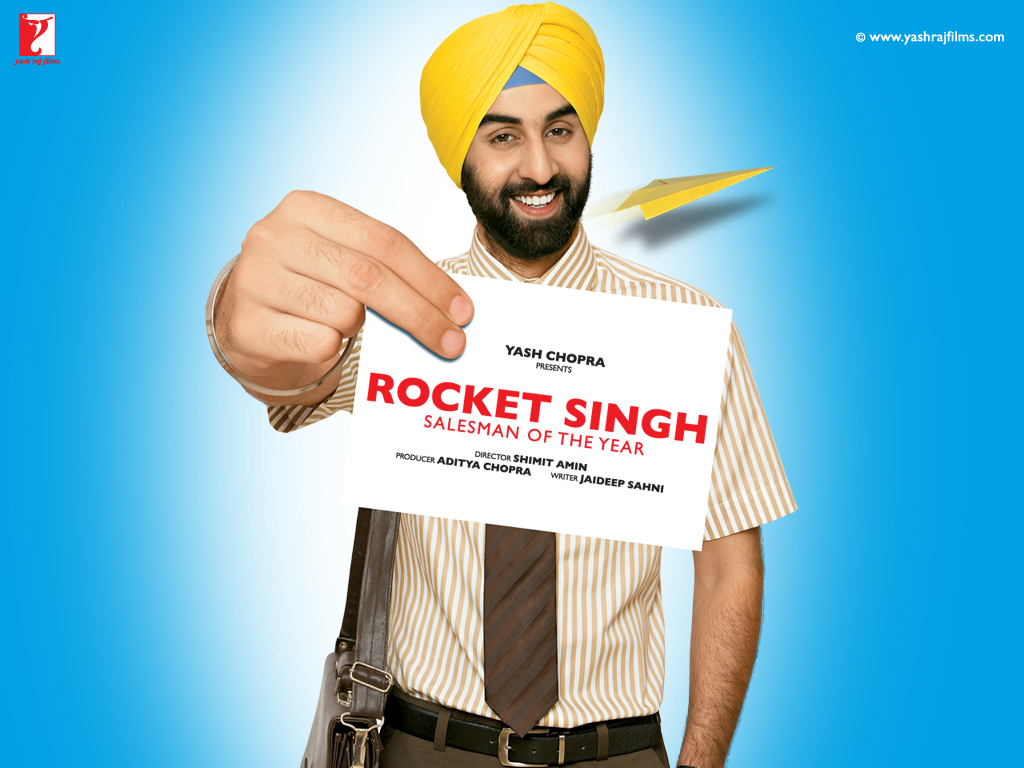 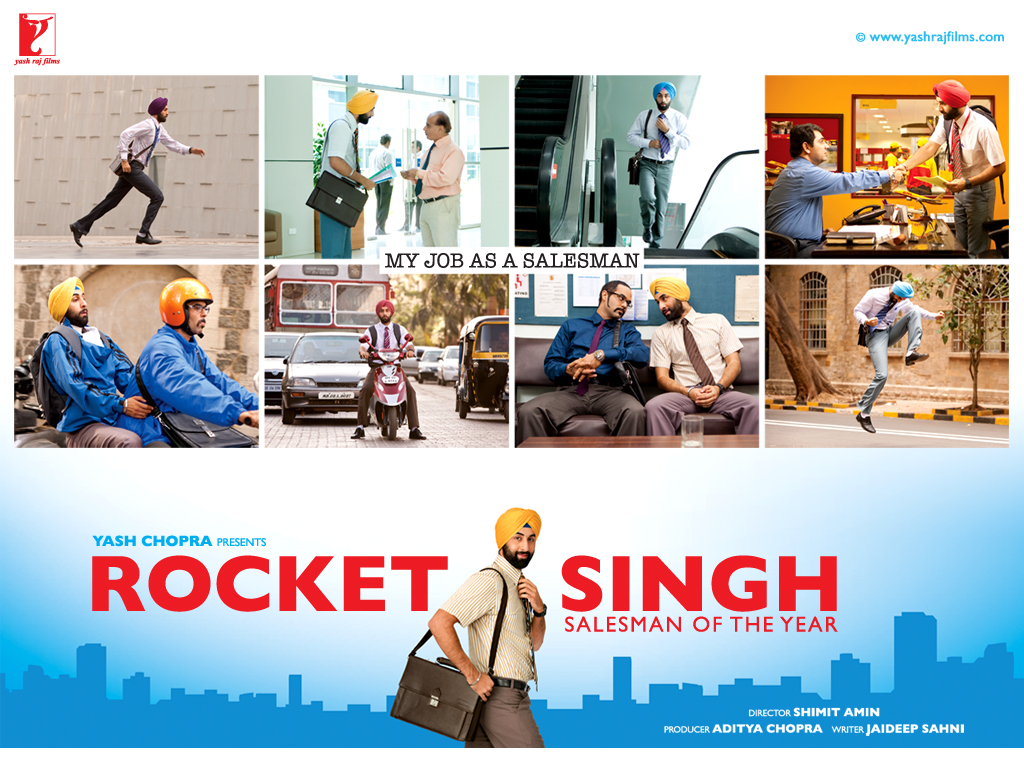 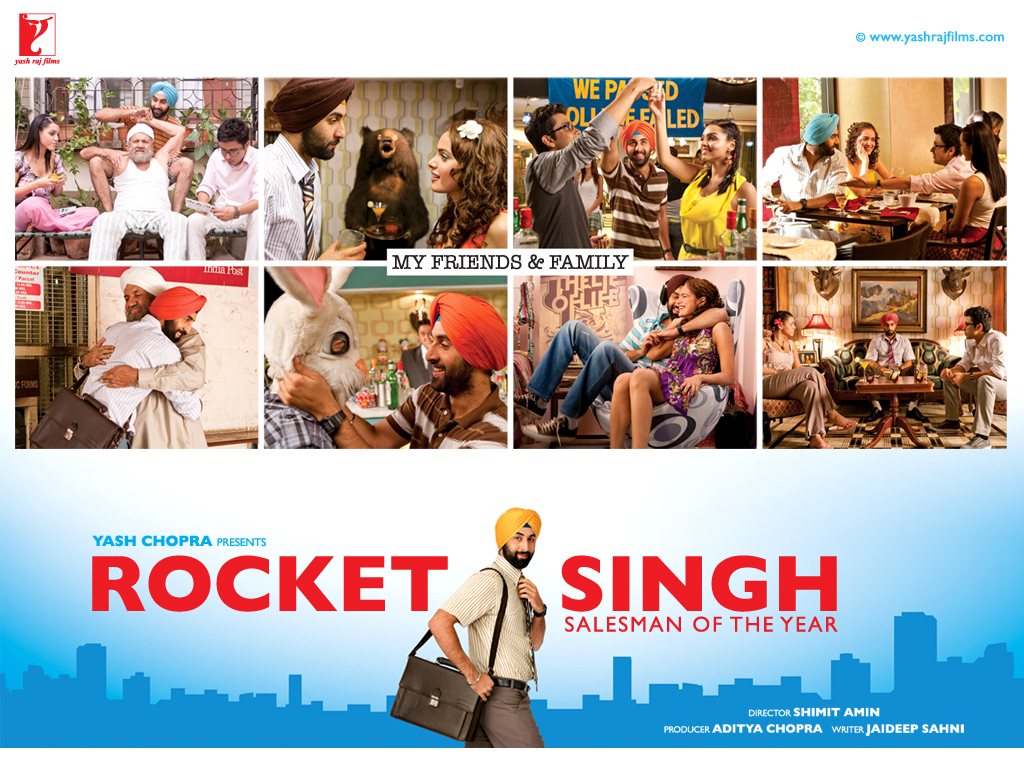 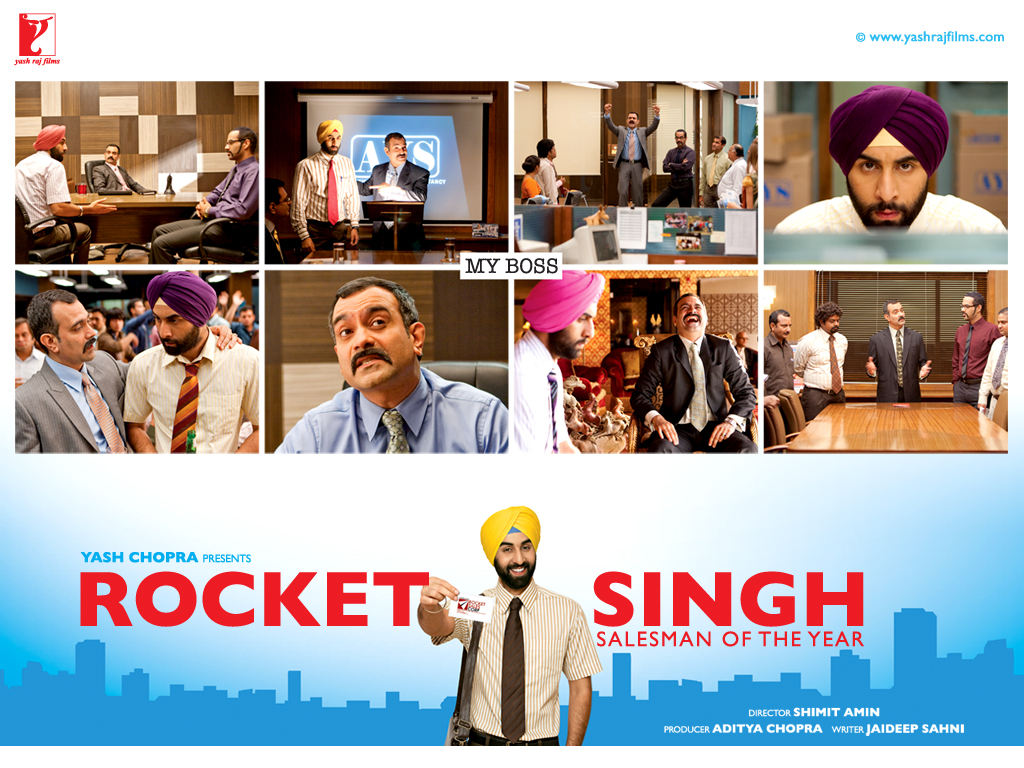 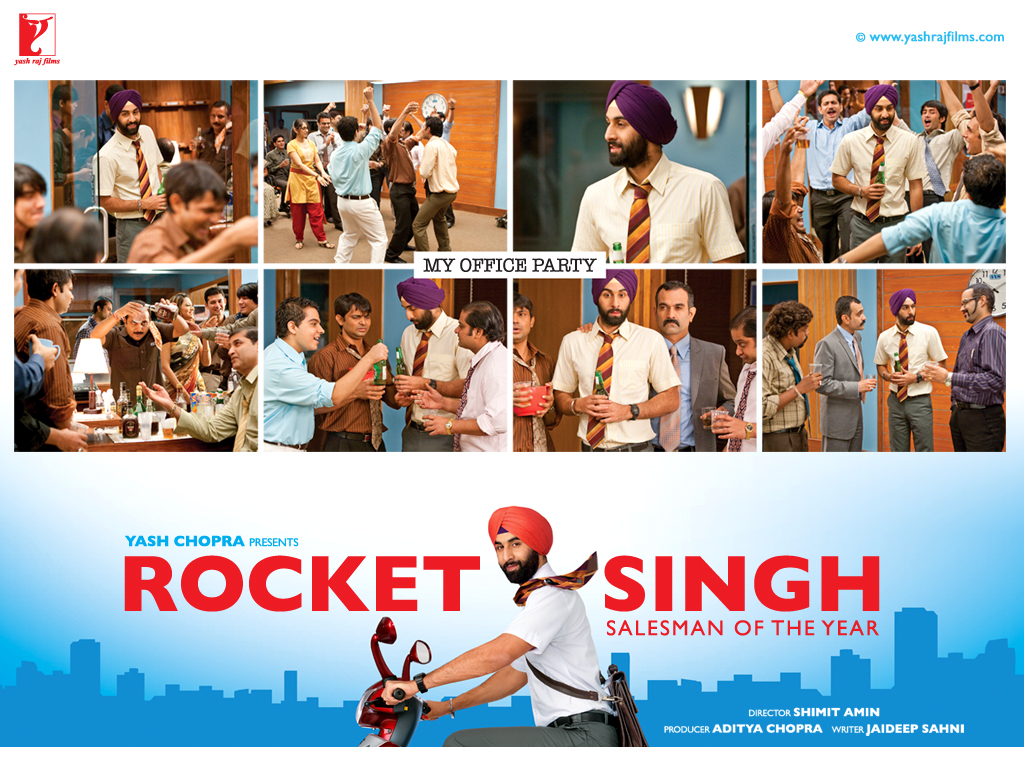 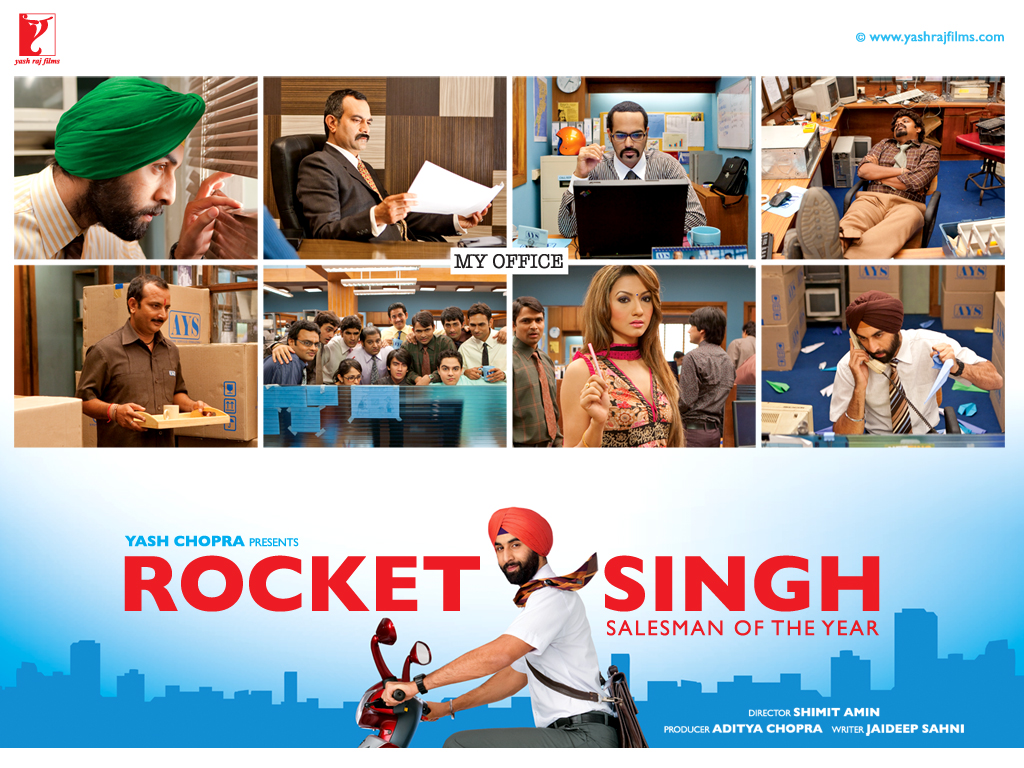 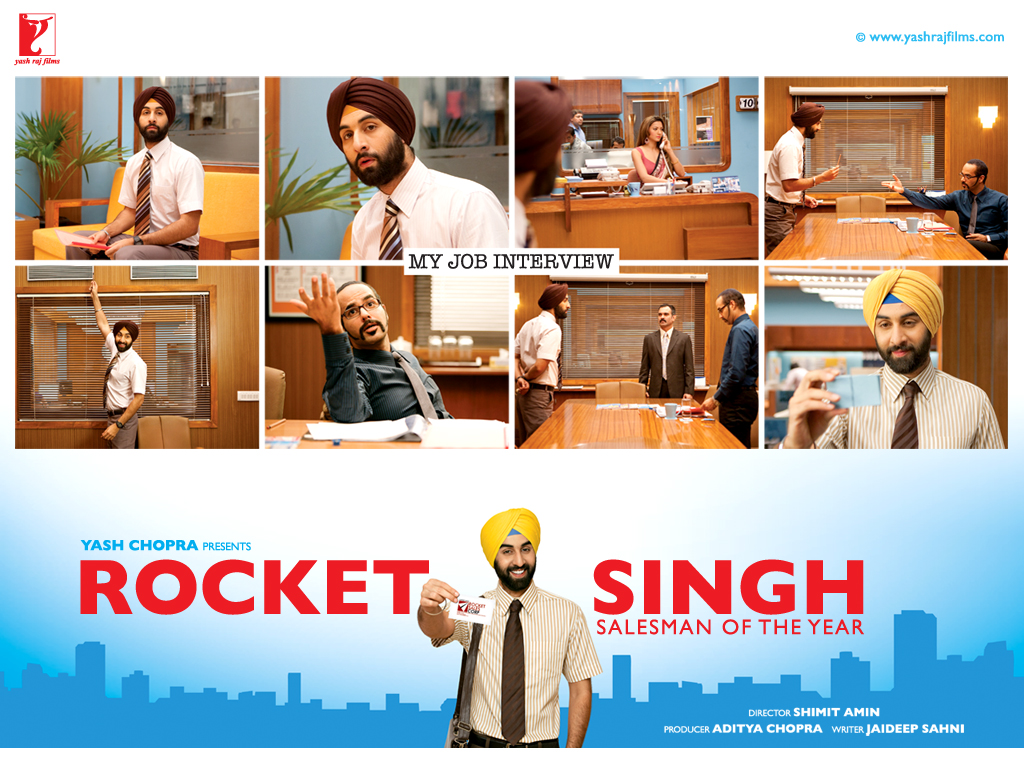 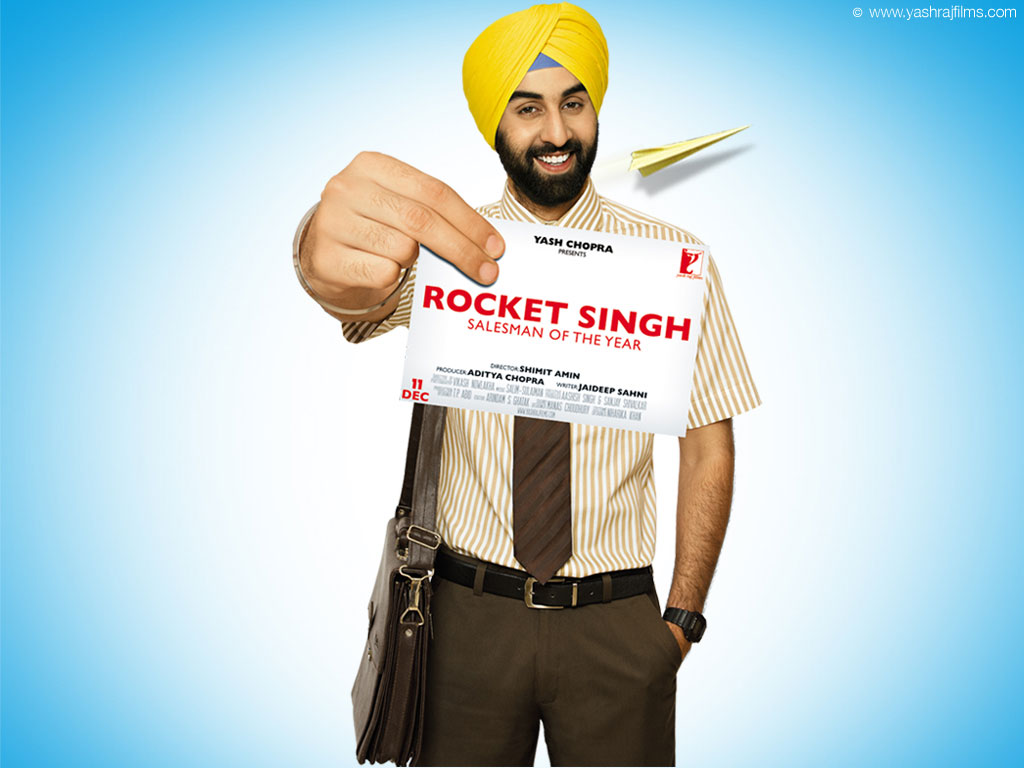