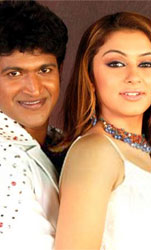 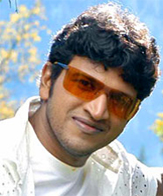 Puneet Raj Kumar starrer Bindaas is an action film but quite different from his two previous action flicks, Arasu and Milana. Puneet`s roles in the last two films were mature and he could showcase his talent.

However, in Bindaas he plays only to the masses. Directed by D. Rajendra Babu, the film belies the high expectations of many of his fans - mainly because it offers nothing original in the form of story or narration.

Storywriter Janardhana Maharshi and Babu have produced a hotchpotch script, which includes sequences seen umpteen times before in many films.

Even the main idea, of a street-roaming lad in love with the daughter of a senior police officer who has recruited him as an informer, has been taken from director Surya Kiran`s Telugu film Dhana 51, in which Sumanth played the lead.

The first half is relatively enjoyable, thanks to comic sequences.

Hansika Motwaani looks glamorous, but has failed to showcase her acting skills. All the other artistes have been denied opportunities to perform, including talented Komal.

The highlights of Bindaas are the superbly executed fight scenes and well-choreographed songs like Thara thara onthara and the title song.

Bindaas is a passable entertainer, but the action flick could have done with punchy dialogues from Malavalli Sai Krishna.