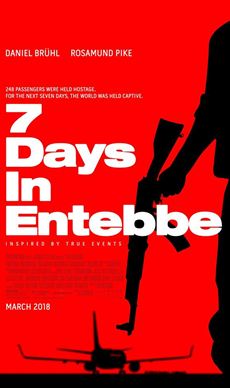 '7 Days in Entebbe': Dramatic but fails to thrill (Review By Troy Ribeiro ; Rating: ***)

Based on events that occurred in 1976, "7 Days in Entebbe" is the recap of the daring Israeli military rescue operation of 106 hostages, following the hijacking of an Air France Flight 139 from Tel Aviv to Paris that was diverted to Entebbe, Uganda.

The narrative begins with black slates informing about the formation of a new country called Israel and how the Palestinians are not too happy about it. This is followed by an unusual but impressive sequence featuring a modern-dance performance choreographed by Ohad Naharin. The troupe includes dancers from Israel's Batsheva Dance Company, where the dancers perform around chairs arranged in a semicircle, gradually casting off their Jewish garments in convulsive moments that suggest a tortured liberation, one not without pain or fear.

These dance scenes, that pop-up elsewhere during the narrative, have an expressive power, an emotional charge and a kinetic energy that's mostly absent elsewhere in the hijack-rescue drama.

Thereafter, the director does not waste any time in transporting us to the aircraft where the four "terrorists or freedom fighters" make themselves and their motive known to their fellow passengers.

The four are the two Germans sympathetic to the Palestinian cause - Wilfred Bose (Daniel Bruhl) and his pill-popping compatriot Brigitte Kuhlmann (Rosamund Pike) and their two accompanying members from the Popular Front for the Liberation of Palestine- External Operations.

On the aircraft, Bose fancies himself as the leader of the pack and heads into the cockpit to muscle around the crew. And on land, surveying his terrified hostages, the wide-eyed Bose insists that he is a humanitarian and that his grouse is with the Israeli government and not its people.

On the otherhand, the hijackers have trouble of their own as minor schisms in their respective ideologies begin to surface. Bose, desperate not to have his agenda undermined by the lingering scent of Nazism, shares Peres' concern over the options of how the end might turn out.

Tension builds up as the hijackers set a deadline, isolate the Israeli passengers and wait to see if Rabin might respect their demands but with lack of suspense or drama, the seven days pass off on a flat-note.

The unwarranted romantic subplot and the cross-cutting of the dance sequence during the adrenalin raising scenes add to the breaking of the momentum of the scenes, making the entire screenplay a clumsy and lethargic display.

Visually though the period is well-captured, the overall effectiveness of camerawork and production design is bland and run-of-the-mill.

The blending of the realistic elements such as the planning and preparation for the raid with the more surreal aspects of the film seem forced and awkward.

Overall, while in real life, the rescue operation was a thrilling process its portrayal in the film is far from it.

British film "7 Days in Entebbe", which revolves around the story of Operation Entebbe, a 1976 counter-terrorist hostage rescue operation, has been cleared by the Central Board of Film Certification (CBFC) for release in India.The Anil Dhirubhai Ambani-led Reliance Entertainment will distribute the project in India, and is looking forward to its release, said a spokesperson.Read More

A gripping thriller inspired by the true events of the 1976 hijacking of an Air France flight en route from Tel Aviv to Paris, the film depicts the most daring rescue mission ever attempted. 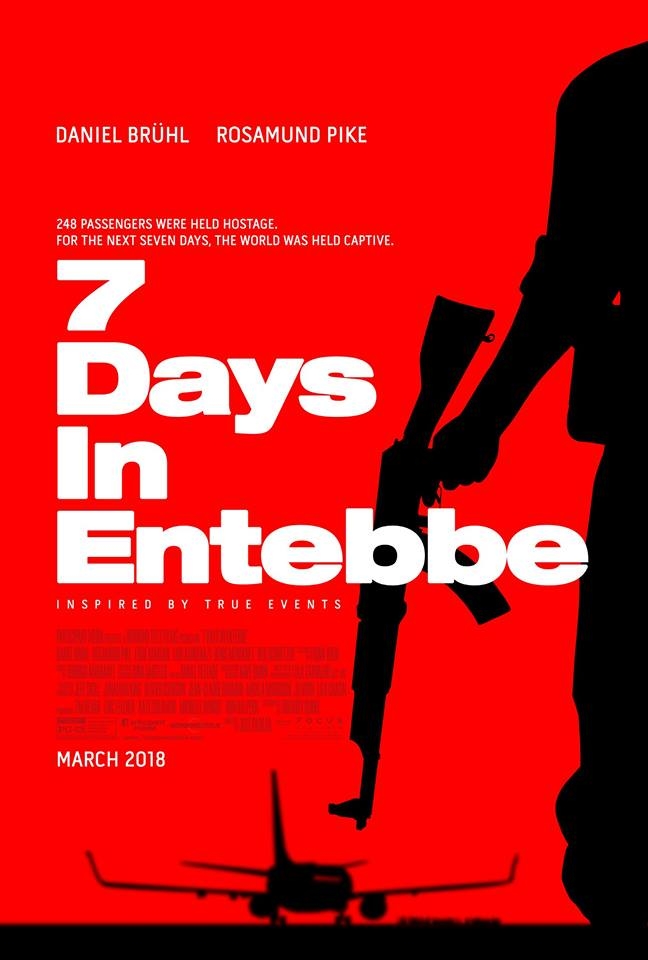