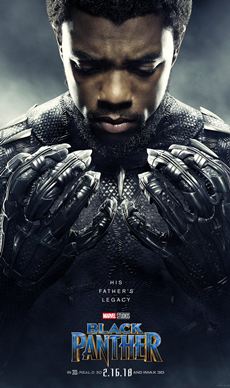 "Black Panther" is a compelling visceral film with sound, images and characters combined into a decidedly brilliant visual experience that evokes the feel of a graphic novel. And like all Marvel superhero films, it seems charged from within by its power as a fable that blends superhero adventure with pop-corn entertainment.

With an original story, an Afro-centric twist that features a nearly all-black cast and focusing on a fictional country in Africa called Wakanda, this film is not only exciting but also fantastic. It is the 18th and a radically different kind of comic-book and superhero film from the Marvel Cinematic Universe.

The narrative begins with a prologue that explains about Vibranium, a source of power that landed in the heart of Africa, and how the country Wakanda was formed.

Now hidden from the world, Wakanda, though known as a "third-world country" outside its borders, is defined by royal traditions and is home to the world's most technologically advanced city that is protected by a ruler with special powers. He also happens to wear a fearsome black panther costume.

The story kicks off dramatically when Prince T'Challa after his father's death has to prove himself as the latest Wakandan leader. He dons an upgraded cat-suit courtesy his tech-savvy sister, Shuri.

The plot includes Prince T'Challa fighting for his crown, his country and his life when a series of adversaries arrive on the scene. And what's more, with intense drama and action the film becomes a deadly game of thrones, with spies, betrayals and an all-out war.

There's a real and sustained sense of jeopardy for the kingdom and the fighting significantly involves the female warriors, who are very cool indeed. The entire experience is thrilling.

Each scene is meticulously crafted and every frame is a visual delight. And the scenes that shine are during the coronation. You can feel the tension during the brutal primordial combat scenes in the pond atop the cliff.

Even though the tempo of the narrative dips at times it is the spirit of the film that keeps it moving. The patriotic energy of the cast is palpable and the beauty lies in the vibrancy of the performances, the costumes, the production designs, action and the computer generated effects that make some of the scenes appear like a clip of a video game.

Honestly, though Chadwick Boseman as Prince T'Challa holds his own, he is unimpressive as the superhero, but the director humanises him to such a degree that he appears more as a deeply conflicted world leader and thus suits the role to perfection.

He is accompanied by two spear-wielding warriors Okoye and Nakia played by Danai Gurira and Lupita Nyong'o. They are members of Wakanda's elite female fighting force called the Dora Milaje.

The two formidable antagonists in the fray are Ulysses Klaue and Erik Killmonger essayed by Andy Serkis and Michael B. Jordan. Both are equally impressive.

Angela Bassett as Queen Mother Ramonda, Martin Freeman as Everett K. Ross a member of the CIA, Daniel Kaluuya as T'Challa's best friend and confidant, Letitia Wright as T'Challa's 16-year-old sister Shuri, Winston Duke as M'Baku a powerful and ruthless warrior and leader of the Jabari Tribe, Forest Whitaker as Wakanda's elder statesman Zuri and the rest of the cast do not disappoint either.

They are all charismatic and they steal every scene they can.

Overall, the "Black Panther" is an exceptionally impressive film worth witnessing on the large screen.

The success of "Black Panther" is getting translated into travel searches with Wakanda Park in Menomonie getting into the wish list of many travellers, according to a survey.Set shortly after "Captain America: Civil War", "Black Panther" shows T'Challa returning home to a fictional isolated, technologically-advanced African nation of Wakanda to become king.According to the survey, shared by online accommodation booking website Hotels.com, searches for Wakanda Park in Menomonie have surged by 55 per cent year-on-year in the last two months, read a statement. Read More

Actor Michael B. Jordan offered to replace a fan's retainer after she broke it watching his film "Black Panther".The actor's performance seemingly captivated his fan, Sophia Robb, so much that she clenched her teeth hard enough during the movie to break her retainer.An emergency visit to her orthodontist's office resulted in her doctor sharing the anecdote on Tumblr, which quickly went viral, reports people.com.Read More 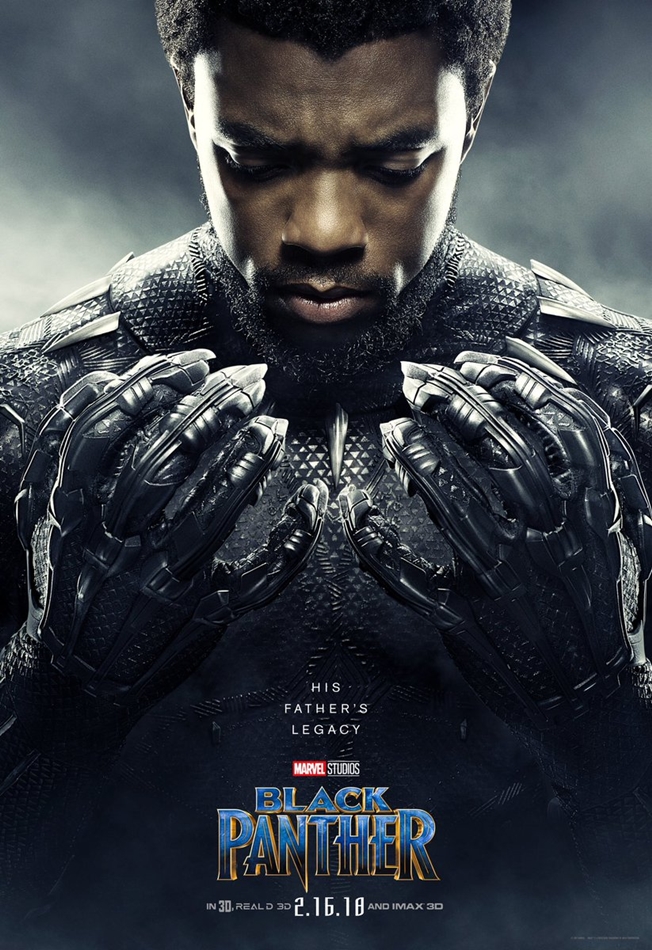