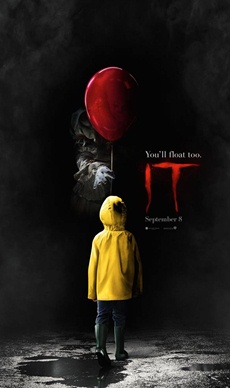 'It': Excels with Horror Tropes (Review By Troy Ribeiro ;  Rating: **1/2)
Based on Stephen King's similarly titled novel, Director Andy Muschietti's ‘It' termed as ‘Chapter One', sets the ball rolling for a series of horror films to follow.

This one is a popcorn flick. ‘It' is an adventurous tale of seven friends who bring closure to the cases of missing children in town.

Set in Derry, a fictional small town in the cinematic universe, the film begins with a promise. with a young boy Georgie (Jackson Robert Scott) frolicking in the rain. He sets sail a paper boat, made by his older brother Bill (Jaeden Lieberher) and follows it into a storm drain, where he meets a sinister figure calling itself "Pennywise the dancing clown" (Bill Skarsgard), who befriends him only to violently attack him. This scene is disturbingly effective and sets a bench mark of the brutalities and horrors to follow.

Roughly eight months later, we are informed that like Georgie several other kids are missing and believed to be dead. While the entire town is casual about the missing kids, Bill burdened with guilt of sending his younger brother out alone that rainy night, makes an earnest effort to find his younger brother, despite being told off by his father.

As the school breaks for the summer vacation, Bill enlists his clique of dorky friends to help scout out the drains and nearby streams for clues. Though Bill's friends; Richie (Finn Wolfhard) - a crass bespectacled know-it-all, Eddie (Jack Dylan Grazer - an inhaler-wielding hypochondriac and Stanley (Wyatt Oleff) a sceptic slow learner, are all initially reluctant to help him out, they agree to be supportive because they learn there is a rhythm to the mysterious tragedy that appears to strike the town every twenty seven years.

The group gradually grows to include Ben (Jeremy Ray Taylor) - a shy new kid who spends his time in the library, Mike (Chosen Jacobs) - a lonely black kid and Beverly (Sophia Lillis) - the only girl, a tomboy who is eager to escape her abusive home life.

The seven friends call themselves "The Losers' Club". How they confront the shape-shifting demonic monster, forms the crux of the tale.

The plot is packed with scenes that are a collection of interchangeably terrifying, hallucinatory and absurd nightmare imagery. They range from jarring moods to gruesome haunted-house horror set-pieces. With no smooth transitions, the film seems like a disjointed messy narrative. What makes the tale seem shallow is the casual attitude of the adults as the burden of solving the case lies squarely on the shoulders of these young kids

On the performance front, the actors are charming and they are in sync with the characters they portray. Unfortunately with hardly much screen time, Bill Skarsgard as Pennywise though intriguing and menacing is ineffective and wasted.

Overall, the film excels in the horror perspective with few stand-out horror-moments that are spine-tingling and blood-curdling and these action sequences are accompanied by composer Benjamin Wallfisch's enchanting notes that elevate the viewing experience.

And finally, the film seems like an episode from Enid Blyton's adventures of the Secret Seven.

A sequel to fantasy film 'Peter Rabbit' is on the cards for 2020, which will bring the bunny back with his old tricks.Titled 'Peter Rabbit 2', the movie will revolve around the popular character from the Beatrix Potter books and his shenanigans with his friends.The maker, Sony Pictures, is intent to bring in the next installment after the original film saw a huge success at the box office, early this year, according to The Hollywood Reporter.Read More

New Line Cinema's horror thriller 'IT,' directed by Andrés Muschietti ('Mama'), is based on the hugely popular Stephen King novel of the same name, which has been terrifying readers for decades.

When children begin to disappear in the town of Derry, Maine, a group of young kids are faced with their biggest fears when they square off against an evil clown named Pennywise, whose history of murder and violence dates back for centuries. 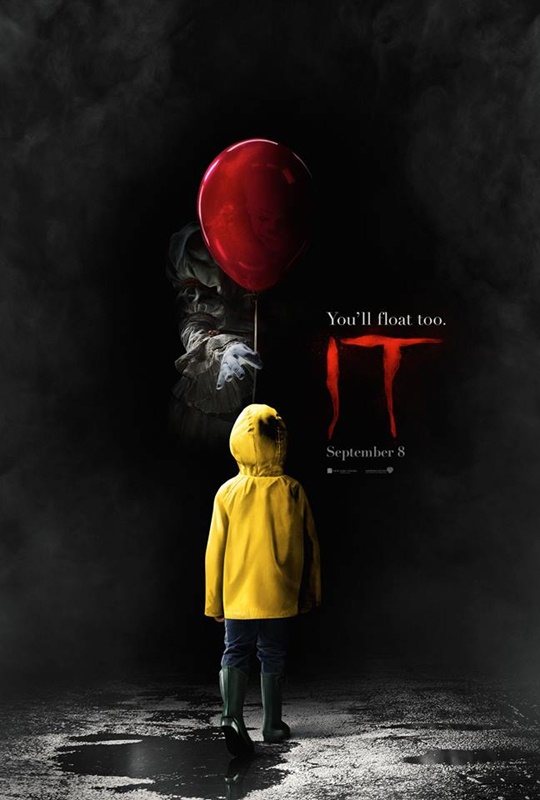