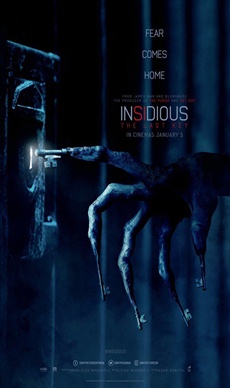 The Insidious franchise creaks to a halt (Review By Subhash K Jha : Rating: *1/2 )

Really, now. The American horror genre has run out of ideas. The last really gripping horror movie from Hollywood's hectic haunted repertoire was "Don't Breathe" which came a year ago. There have been numerous shiver givers since then, all following with a religious regularity the terror trope about the devil in a possessed house.

The fourth film in the "Insidious" franchise is even more formulistic than its predecessors, relying entirely on creepy corridors and spooky shadows to enrapture us with the eerie. But largely failing to grip us as the narrative changes gears from standard horror to a gothic nightmarish vision of an infernal landscape with child abuse running on as an onging leitmotif in a tale that purports to seem far more weighed down by existential issues than it ought to.

The plot abounds in absurdities some of which are pointed out by the characters themselves to let us know that the film's makers are smart enough to know they are being stupid.

The film begins lightly enough when we are introduced to our feisty 70-something heroine Elise Rainer (Lin Shaye) and her two assistants who introduce themselves as the sidekicks to the psychic.

Ha ha. Through the characters of the two assistants played like Elvis and Costello by Angus Samson and Lee Wanell, the narrative keeps swerving into a kind of comic relief that is the equivalent of song breaks in Bollywood films.

The film also purports to be a parable on family values with an alcoholic abusive father using the leather belt on our heroine when she is a child. I do not know how the violence nurtured psychic tendencies in Elise.

Perhaps the film , through its hectic haze of horrific images wants us to believe that families splintered by domestic violence are prone to hallucinate about satanic images.

Too ambitious for its own good, this film keeps tripping over its own gothic images trying to make sense out of an inchoate world built on the marshland of diabolic horror. Alas, "Insidious: The Last Key" is neither scary nor funny enough to entertain us with its reverence to the horror formula.

The performances are purely functional, with the veteran Lin Shaye grimacing really hard to convey intensity. The rest of the cast does not even try. The only serious aspect of this fatigued horror film is the cinematography Aby Toby Oliver which is sinister and sleek, suffused in dark dystopian hues that the films's mood and tenor just cannot watch.

Pray really hard that the fifth film promised at the end of this bland scare-farce does not materialise.

The creative minds behind the hit Insidious trilogy return for Insidious: The Last Key. The franchise welcomes back standout Lin Shaye as Dr.
Elise Rainier, the brilliant parapsychologist faces her most fearsome and personal haunting yet: in her own family home. 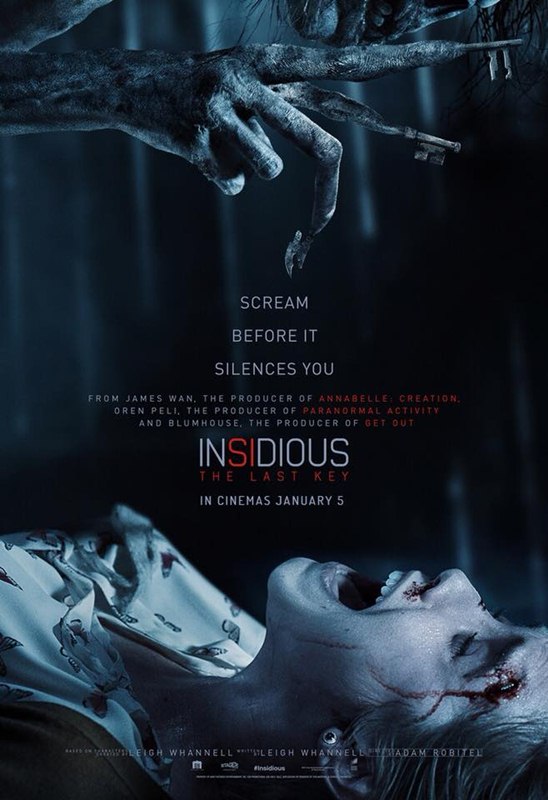 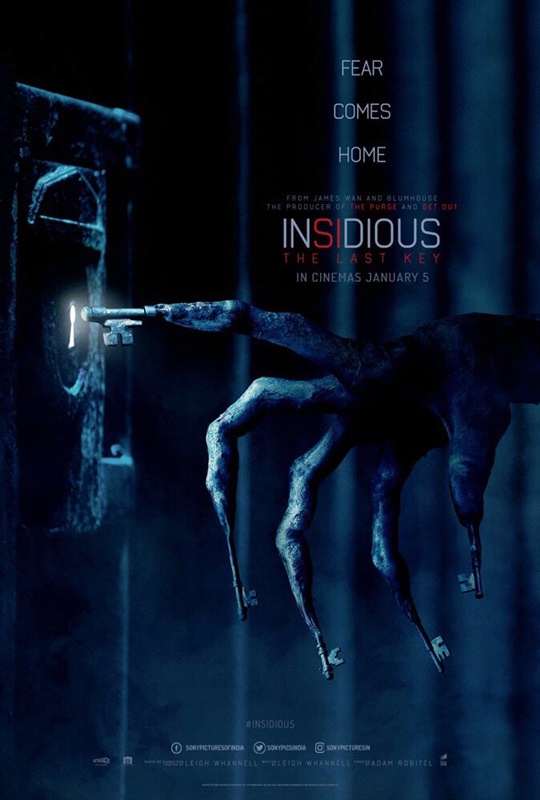