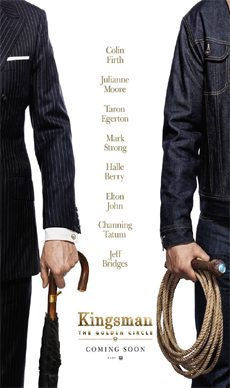 Like its prequel the 2014 released, "Kingsman: The Secret Service," this film too is stylish yet comical with a cartoonish tinge. It tries a little too hard to surpass its predecessor in terms of being an extremely violent and boundlessly inventive spy film.

Directed by Mathew Vaughn and written by him along with Jane Goldman, the film is based on the graphic novel developed by Mark Millar and Dave Gibbons. For those uninitiated into this franchise, Kingsman is an International British spy organisation. And in ‘The Golden Circle' the plot follows the Kingsman's need to team up with their American counterpart, ‘The Statesman,' after the world is held hostage by a new threat.

The narrative begins on a dramatic action-packed note. It is a year after Gary Unwin aka Eggsy has joined the Kingsman. After escaping an ambush by a former Kingsman trainee Charlie Hesketh, Gary goes to meet his girlfriend Princess Tilde of Sweden.

Later, while dining with the Princess and her parents in Sweden, a volley of missiles destroy the Kingsman headquarters extinguishing all the Kingsman agents in Britain.

Eggsy being the only surviving agent, follows the doomsday protocol which leads him to ‘Statesman', an organisation posing as a Bourbon Whiskey distillery in Kentucky. Here he is briefed by Statesman head Champagne about a secret terrorist organisation called ‘The Golden Circle.' He along with Statesman Agent Tequila start their mission by following Charlie's ex-girlfriend Clara Von Gluckfberg.

Meanwhile, a drug cartel headed by Poppy Adams based out of Cambodia poisons its customers. The recreational drugs make its customers break out in in a blue rash followed by mania, paralysis and eventual death. She calls the President of America and offers to help him in his endeavour with his war on drugs, provided she and her pharmaceutical company are given immunity to all their convictions.

During the same time, Eggsy discovers that his mentor Harry who was shot by Valentine a year earlier has survived the gunshot and is suffering from amnesia. As soon as he is stabilised, Eggsy refuses to go on the mission without his mentor Harry.

So how the three of them take down Poppy Adams and free the people the world over from the drug poisoning, forms the crux of the tale.

The narrative initially seems convoluted and tedious but by the middle of the second act the jigsaw puzzles fit in place making the tale a mediocre and acceptable fare. The action sequences though stylishly mounted range from complex to absurd. While the infiltration into the remote Italian snowy mountaintop stronghold to retrieve a world-saving antidote is too easy, the cabin shoot-out along with the spinning ski-lift is dull and predictable. Nevertheless, the computer generated images merge seamlessly with Cinematographer George Richmond's live action shots.

The performances of the entire cast are mundane. Julianne Moore, as the drug kingpin Poppy Adams is limited with her on-screen presence. How she treats people - friends and foes, is comically interesting yet unexciting.

Colin Firth is wasted as the suave Harry who suffers from hallucinations. Singer Elton John with a colourful full-length outfit and high-heeled platform shoes is dull and boring.

Halle Berry and Jeff Bridges as the Kingsman coordinators are seen on the console board just blurting out instructions. Similarly Emily Watson, Channing Tatum and Michael Gabon are barely there.

''Kingsman: The Secret Service'' introduced the world to Kingsman - an independent, international intelligence agency operating at the highest level of discretion, whose ultimate goal is to keep the world safe. In ''Kingsman: The Golden Circle,'' our heroes face a new challenge. When their headquarters are destroyed and the world is held hostage, their journey leads them to the discovery of an allied spy organization in the US called Statesman, dating back to the day they were both founded. In a new adventure that tests their agents’ strength and wits to the limit, these two elite secret organizations band together to defeat a ruthless common enemy, in order to save the world, something that’s becoming a bit of a habit for Eggsy… 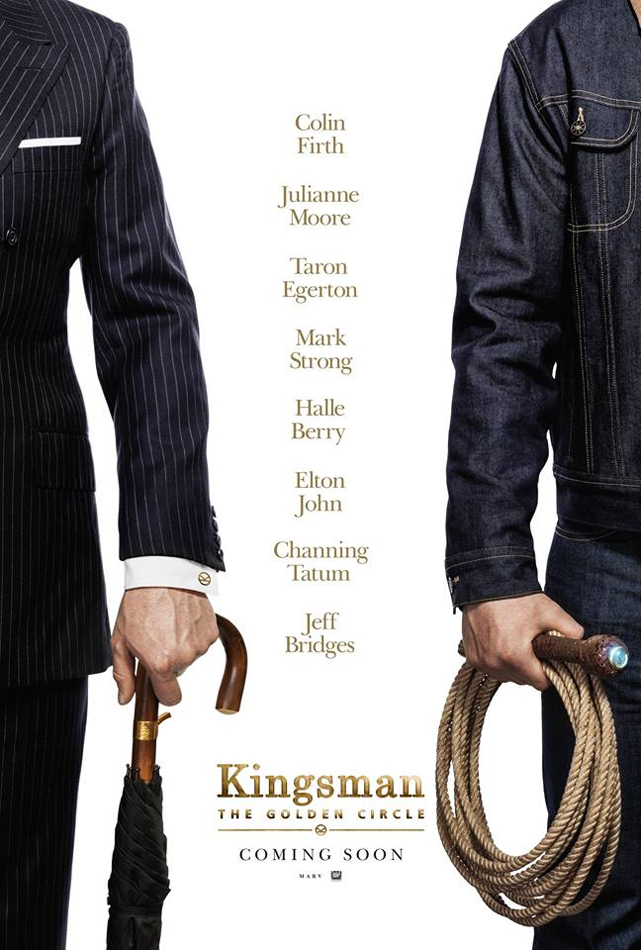