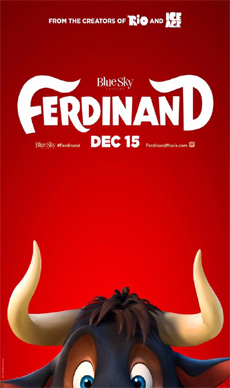 Director Carlos Saldanha's latest animated film "Ferdinand", adapted from Munro Leaf and Robert Lawson's children's book "The Story of Ferdinand", is culturally less engaging than Pixar's "Coco" which released last month. Nevertheless, it is a warm, compassionate and a vibrant film that tells little kids how to deal with bullying.

It is the tale of Ferdinand (John Cena), a flower-loving Spanish bull who simply refuses to fight. Living in Casa de Toro, a ranch with his father where it is a matter of prestige for the Bulls to participate in Bull fights in Madrid. Right from the start, young calves are advised to "fight for the glory of your dreams". And like their parents, most of them dream of becoming fighters.

While the aggressive ones bully the weaker lot, Ferdinand being nonchalant prefers to enjoy nursing flowers. So, after realising that his father will not be returning to the ranch after losing a bull fight, young and docile Ferdinand escapes from the ranch and grows up as a pet on a peaceful farm belonging to Juan (Singer Juanes) and his daughter Nina (Lily Day).

But with the passage of time, as he matures, he grows so huge that when he goes to town for the festival of flowers, everybody assumes he is aggressive. So, he is captured and returned to Casa de Toro. And when the country's top matador El Primero comes to choose the best bull for his next fight, it is obvious, Ferdinand is selected. How he wins hearts at the arena, forms the crux of the tale.

The plot is simple and taut. While sticking to the bookends of the original story, it deviates in the second act to offer some meaningful messages along with wholesome entertainment for its young viewers. You are kept glued to the screen with vibrant action sequences like Ferdinand's escape or the train chase scene.

There is also a gleeful scene involving dancing horses and the inevitable bull in a china shop gag. But what stands out is the life lessons that the tale offers.

Some of the characters in the tale are stereotypical, but they stand out because of the voices lent by the ace star cast, who synchronize their voices aptly with the characters and their moods. Prominent among the lot are; Kate McKinnon as the calming goat Lupe, Bobby Cannavale as the bully Valiente, David Tennant as the blonde bull Angus, Miguel Angel Silvestre as the fading matador El Primero, Gina Rodrigues, Daveed Diggs and Gabriel Iglesias as the hedgehogs Una, Dos and Cuatros.

Visually, the film is attractive and pulsating with colours and action. The 3D animation is picture perfect. The viewing experience is elevated because of the soundtrack which includes three original songs.

Overall, the film will appeal to kids and adults alike. It is engaging and entertaining at the same time. 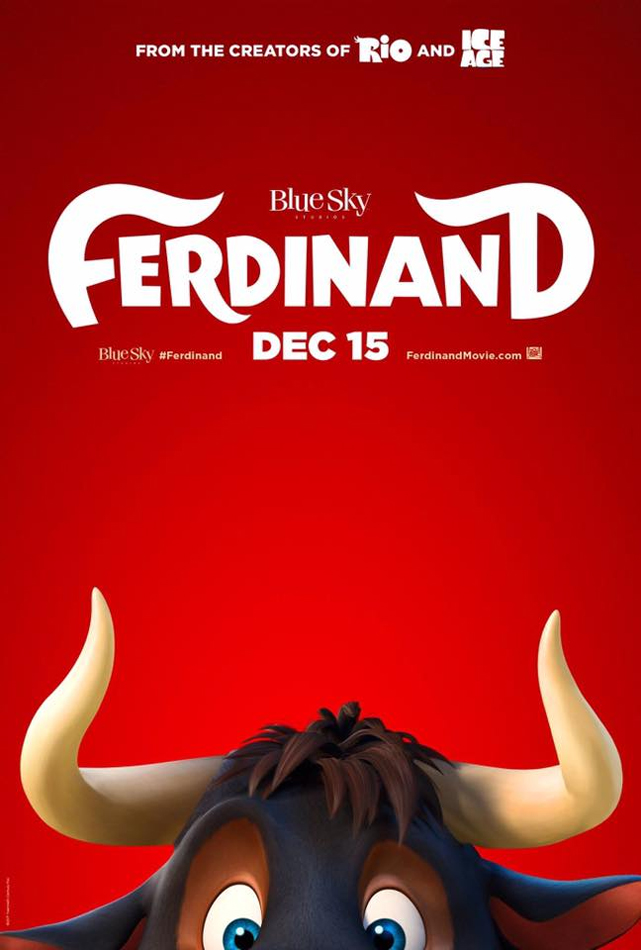