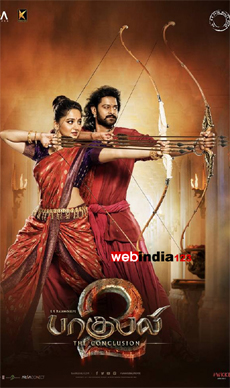 If there's one department in which the second instalment in the "Baahubali" franchise truly excels over the first, it has to be in writing, especially how Rajamouli uses drama as a core narrative while providing necessary adrenaline rush via action at regular intervals.

It can be said without an iota of doubt that nobody handles emotions and drama like Rajamouli does in commercial cinema format and he ups the ante, making this 'Conclusion' truly epic and cinematically extravagant.

The question that had haunted the nation for two years -- why Kattappa killed Baahubali -- is well justified and it's no cheap ploy, as imagined by a section of the audience, to keep the hype alive.

It's well written drama, sometimes even superseding action, which gives the film its emotional highs and it proves why Rajamouli, mostly misunderstood as a master of masala entertainers, is a much better storyteller than his contemporaries.

In the second part, the "Eega" filmmaker explores the psyche of his lead characters -- making us truly understand who they really are -- in the most thrilling fashion. If you hated Bhallaladeva (Rana) in the first part, he will make you cringe in the second, and his final face-off with Baahubali (Prabhas) is bang for the buck.

We also get to know Sivagami, her undisputed command over Mahishmati kingdom and her relationship with Baahubali. We get to spend more time with Devasena (Anushka), and are told she is not easy to please and is strong-willed. She gets her own introduction scene where she displays her fighting chops with panache.

Scenes between her and Sivagami are gripping and it is noteworthy that their characters are written with strong purpose. It is rare to find such strong women in a film that is powered by two stars.

As visually exhilarating as "Baahubali 2: The Conclusion" is for most part, leaving us in a state of amazement, the visual effects still could have been more refined, particularly in the action scenes. It only reminds one of the hurriedness with which the climax was handled and the war sequence, unfortunately, is not as entertaining as the final portion of the first part.

Nevertheless, Rajamouli makes up for the partly unsatisfactory visual effects and action with heart-rending drama, deceit, redemption and revenge. When it is finally revealed why Kattappa killed Baahubali, you are moved to tears, and when Sivagami introduces Mahendra Baahubali to her people, you thump your chest with pride. It's these moments that truly make this a befitting conclusion to a saga that rewrites the formula for commercial cinema.

"Baahubali 2: The Conclusion" will go down as Prabhas's best work and the actor shines as Amarendra Baahubali as well as his son. As the father, he gets to showcase a range of emotions and Rajamouli extracts the kind of performance even Prabhas wouldn't have expected from himself. He is well complemented by Rana, who is unabashedly sinister as Bhallaladeva, and walks away with laurels, even though most will hate him.

Actress Tamannaah Bhatia says it was when she started doing Hindi films that she was trying to figure out who she really is, and fashion helped her to discover herself.Read More

"Baahubali 2: The Conclusion", which brought cheer to the Indian box office this year, will hit the screens in Japan on December 29 and subsequently in Russia in January.Read More 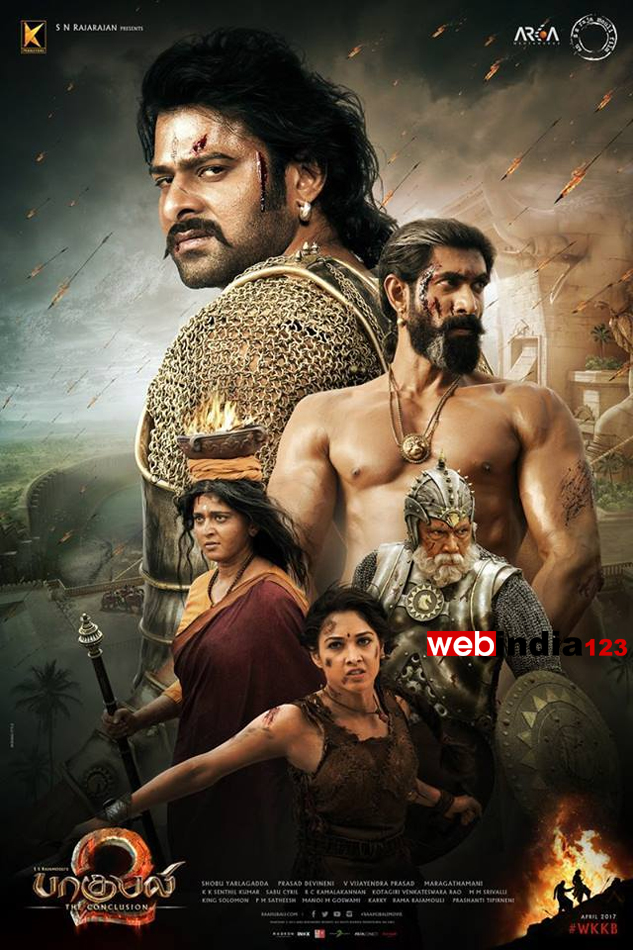 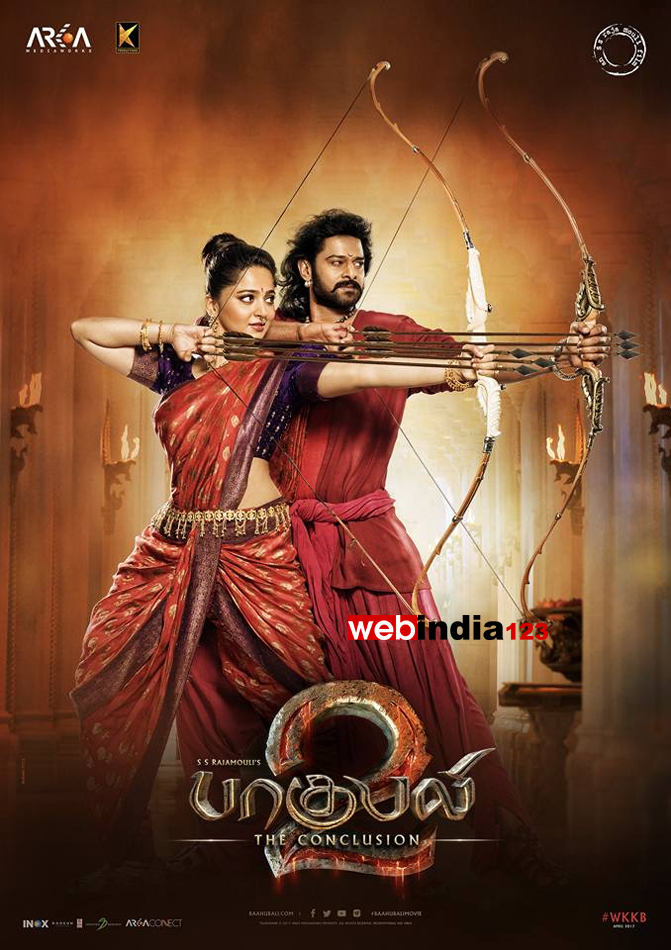