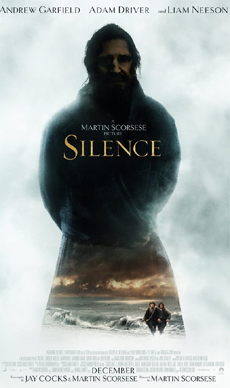 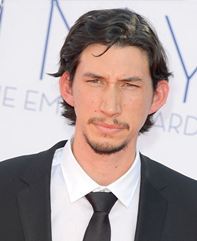 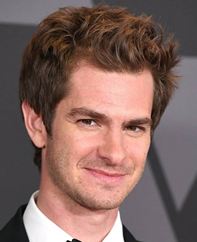 5 stars? Or no stars at all? It is impossible for me to rate Martin Scorcese's latest film -- a monumental achievement, by all means. Though it's undoubtedly a masterpiece, I hated it. The film is an extended prolonged painful repetitive and frequently unbearable treatise on human faith and its dissolution when confronted by cruelty and intolerance.

To just sit through nearly three hours of Scorcese's pain-lashed journey into the heart of darkness is to have endured a life-changing ordeal.

And herein lies the irony of cinematic entertainment. We want to be regaled seduced and pampered by our movies. "Silence" does none of the above. It plonks us with unceremonious severity in the middle of an existential crisis that cries for the gentle treatment. What we get instead, are sequences after sequences of horrific spiritual and physical torture that often ends up portraying the Japanese authority as cunning heretics and Westerners as compassionate neo-Christs.

In a sense, "Silence" is Scorcese's most politically innocent exposition on human corruption and depravity. He never questions the Christian drive for conversion that makes locals in any given society suspicious and wary. The film moves on the premise that the Jesuit yearning for western enlightenment is a morally correct and unquestionable moral high-ground from where all repudiation of the Christian faith seems like an act of betrayal towards God.

Lengthy passages showing the torture of converted Christians seem like Gabbar attacking the innocent villagers in "Sholay". And yet, there lies the beauty in the brutality. The film's bedrock of unmitigated violence is so organically and poetically integrated into the narrative that I often felt Scorcese was glorying Christ's sacrifice on the cross by manifesting martyrdom in erratic montages of monstrous mayhem.

The Japanese often appear caricatural in the way they embrace their own law of violence to justify the persecution of the converted Christians. In the conversations between our Jesuit hero Rodriguez (Andrew Garfield, inured unconditionally in the rites of his holy mission) and the Japanese interpreter (Tadanobu Asanu), we sense an edge of infinitesimal irony that, tragically, gets lost in the grandeur and magnificence of the universal tragedy that resonates across the film.

The loss of faith is a terrible reality to endure.

"Silence" embraces the reality of Rodriguez's spiritual disenchantment with a furious fortitude and asks us to endure it. We see his faith being plundered ravaged and destroyed by repeated attacks. At the end, when he meets his mentor Father Ferreira (Liam Neeson) in a setting and a circumstance that stuns and disappoints him, Rodriguez is a shattered soul.

The search for the missing Farreira and the ultimate discovery of his truth is akin to what we saw being done with Marlon Brando's character in Francis Coppola's "Apocalypse Now". Scorcese's "Silence" goes much deeper into the heart of violence. A simple act of religious humiliation and vilification like stomping a picture of Christ with a foot, is given the metaphysical status of an infinitely damning gesture in "Silence".

The ramifications of a forfeited faith are felt in every raw nerve that Scorcese's storytelling touch. This is an unsparing punishing view of a civilization that refuses to legitimize invasive wisdom.

Garfield plays out Rodriguez's journey from anxious questioning to crushed surrender with a profound and rare understanding of the theological thrusts that thunder noiselessly across Scorcese's wounded bleeding world. I saw Garfield as the callow battered soldier in "Hacksaw Ridge", the other indefinably monumental film of 2016 as a man who never questions his biblical faith even when its it rammed by violence.

Now in "Silence", Garfield again plays a man with a string Biblical conviction. But this time, his faith caves in under the weight of violence.

The film's vision of violence is not equivalent to anything seen in cinema before. Rodrigo Pierto's camera penetrates the soul of Scorcese's vision and impales the human spirit in a haze of questioning beliefs. Scenes of Japanese Christians tied to crosses and thrown against tidal waves would stay with me till my dying day.

Yes, I hate this masterpiece. You will hate it too. But you won't be able to stop thinking about it.

Martin Scorsese's SILENCE tells the story of two Christian missionaries (Andrew Garfield and Adam Driver) who face the ultimate test of faith when they travel to Japan in search of their missing mentor (Liam Neeson) - at a time when Christianity was outlawed and their presence forbidden. The celebrated director's 28-year journey to bring Shusaku Endo's 1966 acclaimed novel to life will be in theaters this December.