BEAUTY AND THE BEAST (3D)

Beauty and the Beast (3D) 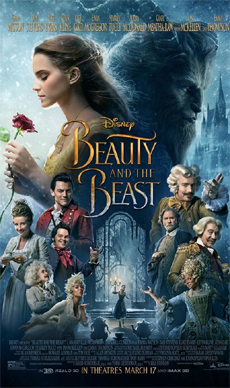 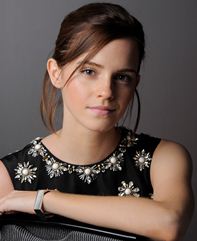 Beauty and the Beast (3D) Review

Beauty and the Beast': Enchanting in its new avatar (IANS Review By Troy Ribeiro , Rating: ***1/2)

For those unaware of the story's origin, "Beauty and the Beast" was first written as 'Belle et la Bete' by French novelist Jeanne-Marie Leprince de Beaumont in 1756. There have been many variants of the original in literature, television, stage and films, ever since. The last to hit the theatre was director Christopher Gan's version which was released in 2014.

This one from the Disney stable, is a remake of its 1991 released, animated film of the same name. So while the film closely tracks the earlier version's plot, story beats and revamps all the old songs, there is enough of newness in this film that arouses curiosity to cine-goers. And rightly so.

Director Bill Condon's "Beauty and the Beast" is an immaculately constructed live action musical that is almost overwhelmingly lavish, beautifully staged and performed. It is a very impressive production and pays a loving tribute to its classic source material.

In this edition, the film begins with how a proud, handsome Prince (Dan Stevens) is cursed and turned into a beast by a passing enchantress for rejecting her gift of a rose. So, dejected and depressed, with a rose-petalled deadline to become human again, the Prince leads a very lonely life in his castle that is long forgotten by his people.

Meanwhile, Belle (Emma Watson), a genial and independent girl is considered a freakish outsider in her provincial French village because of her interest in books and her indifference to the local hunk, Gaston (Luke Evans) who tries his best to woo her.

It is when Belle's father Maurice (Kevin Kline), during a business trip stumbles upon the castle and is held captive by the Beast that Belle chances on meeting the Beast. How she falls in love with the Beast forms the crux of the tale.

Though this is an adaptation from the various earlier editions, the script writers Stephen Chbosky and Evan Spiliotopoulos add a few touches of their own. Prominent among the few are the back story for the death of Belle's mother and revealing the gay traits in LeFou (Josh Gad), Gaston's buddy.

On the performance front, Emma Watson as Belle is ravishing, but a bit bland. Luke Evans is suitably boisterous as Gaston. Dan Stevens convincingly emotes through his eyes. Kevin Kline with some extremely powerful on screen moments, shines as Belle's lovable father.

Technically, the film is astutely crafted. The animation of the castle's enchanted staff which include Lumiere (Ewan McGregor), Cogsworth (Ian Mckellen), Mrs Potts (Emma Thompson) along with the 3D effects is of fine quality.

Production designer Sarah Greenwood along with costume designer Jacqueline Durran display a colourful canvas that is gorgeous and appealing.

There are a few new songs composed for the film, among them are a flashback song "Aria" sung by Audra McDonald and the song having the lyrics, "Days in the Sun" sung by the enchanted objects.

Overall, the film is enchanting but not remarkably memorable.

Whoever thought of dubbing the new Disney interpretation of the timeless classic 'The Beauty & The Beast' into Hindi, should know what we know.

That the beauty of the tale has indeed been turned into a beast by what can only be termed creative vandalism. And if anyone from Disney is reading this, please note: your beautiful work of art has been desecrated and defiled by being dubbed into Hindi.

Imagine, dubbing 'Life Is Beautiful' into Bhojpuri or 'Pakeezah' into Tamil. And you will obtain a measure of travesty scaled in the Hindi version of The Beauty & The Beast.

You don't do that to Alan Menken's delicate melodies... No no, God, you don't! This is worse than Mona Lisa's smile being adorned with additional laugh lines. Or a few extra storeys being added to the Eiffel Tower to accommodate tourists who might want to spend the night on top of the monument, in exchange of a handsome fee.

By all means Bill Condon's new variation on the age-old fable of a spirited girl who tames and transforms an accursed 'beast' by her love, is as joyous and welcoming as anything that Disney has done in the past. The fairytale is fuelled by a dazzling workmanship.

The pastiche of colours applied to the scenes is flamboyant and yet reined-in exuding an expunged exuberance. The frames are painted with the fastidious elegance of intricate embroidery on a marvellously smooth piece of cloth

Nothing in 'The Beauty & The Beast' surprises. Everything dazzles. The images in the castle where the once-handsome but arrogant prince (Dan Stevens) is perched on a prosthetic melancholia is buoyed by streams of animated household articles, like a motherly pot and fashionable wardrobe. The special effects are exceptional in their versatility and vibrancy. The 'Beast' and his castle come alive to the sound of music.

Which reminds me of Emma Watson's Julie Andrews act from 'The Sound Of Music'. Her communion with Nature in the opening scenes indeed recalls the earlier classic, though Watson by no means touches the pinnacle of self-surrender to her environment to rival Andrews.

In fact Watson's performance as the pert and pretty Belle is strangely bereft of passion, though that is exactly the quality which is supposed to set the screen ablaze.

Dan Steven's bestial lover-act is credible, but hardly awe-inspiring. While Luke Evans plays Belle's hankering suitor with an arrogant pride, it is Josh Gad as Evans' gay sidekick and Kevin Kline as Belle's Dad who thunder across the narrative's impassioned canvas with a conviction that augurs well for the film's epic tone. Emma Watson, I found to be somewhat lacking in passion.

It's the songs and music performed with such tender romanticism that lend a texture of tactile emotionalism to the storytelling. By translating the songs into Hindi for the Hindi version of the film, the think-tank behind the dubbed monstrosity has reduced the epic yarn to a mockery.

There ought to be laws about how far you can take the yen to penetrate optimum viewership without compromising with the original product. The beauty, I am afraid, is sacrificed to the beast of avarice.

'Beauty and the Beast' collects Rs 6.67 cr in opening weekend in India

Beauty and the Beast (3D) Synopsis

Disney's 'Beauty and the Beast' is a live-action re-telling of the studio's animated classic which refashions the classic characters from the tale as old as time for a contemporary audience, staying true to the original music while updating the score with several new songs. 'Beauty and the Beast' is the fantastic journey of Belle, a bright, beautiful and independent young woman who is taken prisoner by a beast in his castle. Despite her fears, she befriends the castle's enchanted staff and learns to look beyond the Beast's hideous exterior and realize the kind heart and soul of the true Prince within.

Beauty and the Beast (3D) Poster 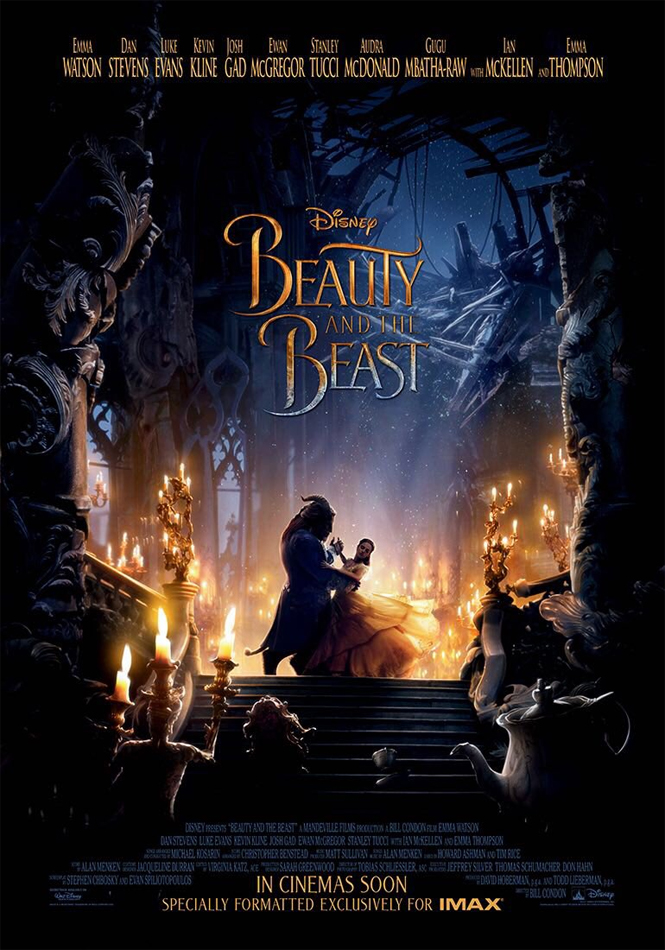 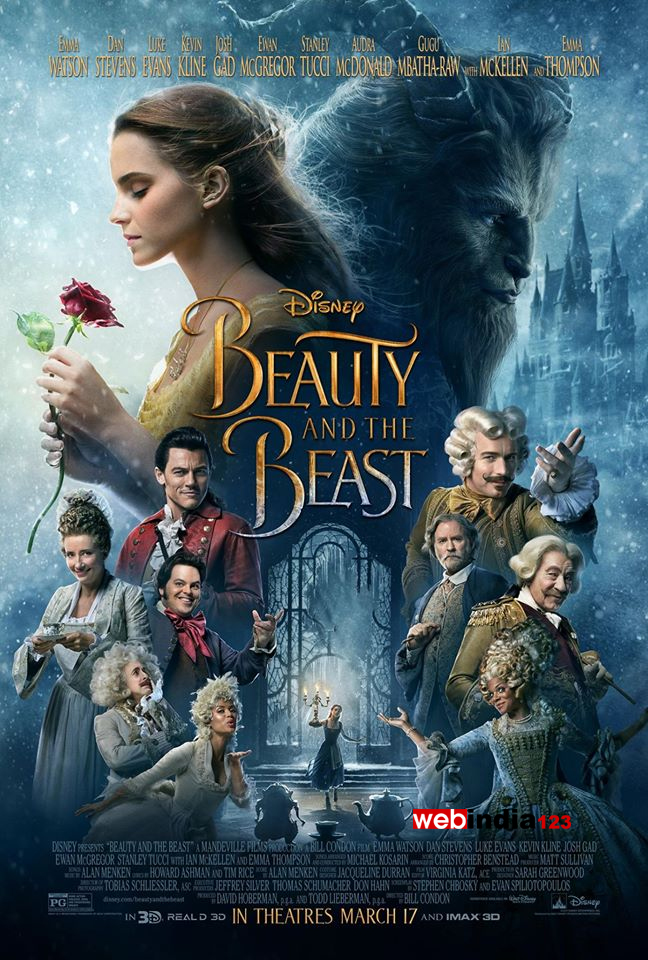 Beauty and the Beast (3D) trailer