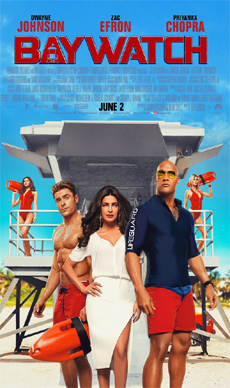 The vicious reviews in the foreign press are hard to digest. Really, what do you expect "Baywatch" to be? "Gone With The Wind-Surf"?

No seriously, isn't self-mockery the only way a 40-year old franchise can survive with its head above the ocean water? "Baywatch" has a swanky sexy swing to its gait even now. You just need to get into the swing of things.

Do not, repeat DO NOT, get judgemental about its amplified level of asininity, or the hammy bimbo-meets-beefcake performances. Just go with the aqueous flow and you are bound to turn the tides of the tripe to your own advantage.

The characters are all beachside prototypes you know, heroic in a very cheesy way.

There is a rescue sequence in mid-ocean where a boat catches fire. One by one the lifeguards run into the water at high-speed, the slow-mo credo temporarily abandoned. The valour is strictly of the dimestore variety. And the dialogues that Mitch (Dwayne Johnson) mouths would put Chinese cookies to shame.

A lot of the phallic/flatulence/fornication gags have been wiped out by the Indian censor board. But you really can't remove the cheesiness out of "Baywatch". It's like taking the cheese out of the burger.

The cheesiest of the lot "and hence the most enjoyable character" is Matt Brody, an Olympian swimmer who has fallen on hard days but continues to be pompous and self-obsessed to the point of seeming a parody of Ayn Rand's Howard Rourke in bulgy trousers with biceps to match.

The sporting Zac Efron plays this characters with lipsmacking relish. His over-the-top portrayal jells well with the mood of amped-up sea slickness that this film specialises in. Efron even musters the temerity to look at the breasts of a female lifeguard he has just crushed over. When she points out his crass behaviour, he says it's a compliment.

Don't look for political correctness in "Baywatch". The actors just ham for no better reason than to nail the Baywatch spirit to the nearest lamp post and watch the neighbourhood dog pee on it.

And now for our own Priyanka Chopra. Such a massive disappointment. Such a betrayal of trust, having told us over and over again that she plays the arch villain, it's more like the ouch villain. She's barely seen on screen for a few minutes. And when she does appear she hams her lines trying to appear evil.

Priyanka Chopra is the intentional comic relief of a film that needs no such relief. If you insist on laughter, try the nerdy Ronnie (Jon Bass).

"Baywatch" never opts for ennui as a decent alternative to smutty entertainment.It lets out a welter of off-colour humour in scenes that have been written to spotlight Dwayne 'Rock' Johnson's dexterity with dumbness. You can't afford to miss his, and this film's gumption.

After "Baywatch", Indian actress Priyanka Chopra will be seen alongside Rebel Wilson, Liam Hemsworth, Adam Devine in "Isnt It Romantic?" as a yoga ambassador. The production of the romantic comedy is underway.Read More

Two unlikely prospective lifeguards vie for jobs alongside the buff bodies who patrol a beach in California. 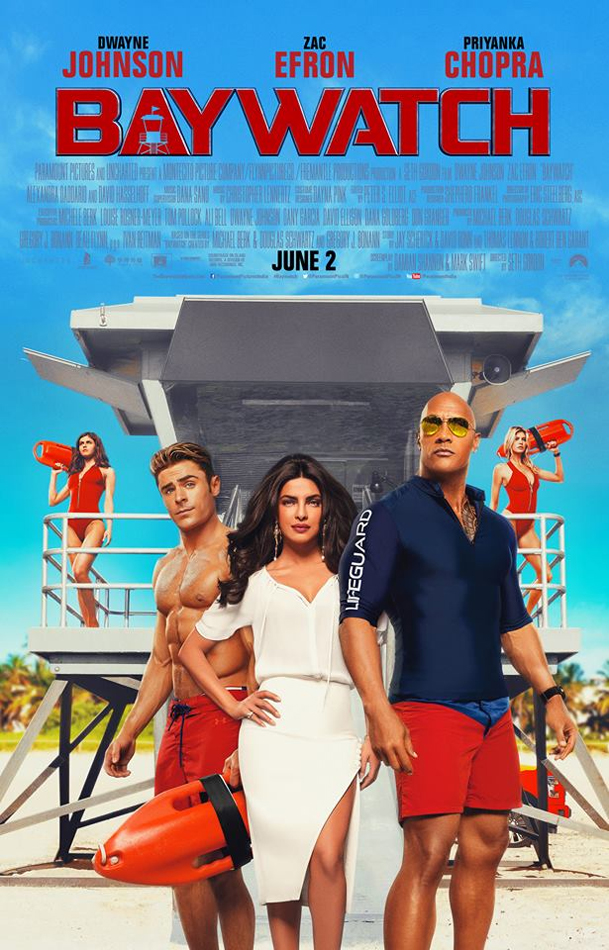 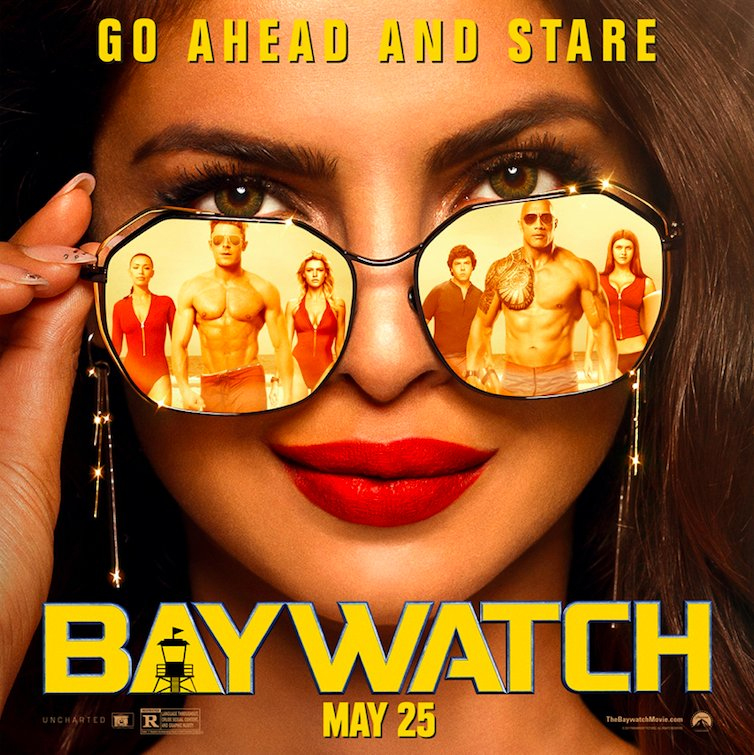