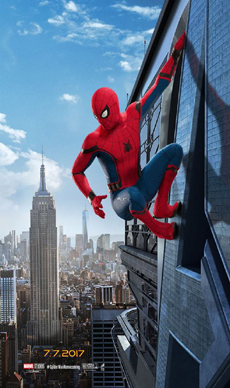 "Spider-Man: Homecoming" is the 16th film of the Marvel Cinematic Universe (MCU), the sixth instalment that includes Spider-Man and the second film dedicated solely to him.

The narrative centres on young Peter Parker trying to balance his life as both a high school student and a superhero -- the unique dynamic structure that's made this superhero stand out among the rest. It might also be summed up as Spider-Man trying to discover his purpose in a world of heroes. So, there is some sweet interaction with Iron Man and lots of Avengers references.

A breezy, refreshing and lovable reboot, the film gets straight to the point, skipping the formalities of origin stories and building off what made Tom Holland's Spider-Man a stand-out in last year's "Captain America: Civil War".

The story takes off from there, after the airport fight. Peter tries to convince his mentor -- Tony Stark aka Iron Man -- to accept him as part of the Avengers. Since Stark is not convinced of Peter's abilities, Peter tries to impress him by taking on the Vulture, who is selling weapons made from alien tech on the black market. What follows is an adventure of redemption with a bit of romance angle which adds some spice to the otherwise action-packed drama.

The plot is simple and the graph is occasionally exciting but often frustrating as there is plenty of room for judicious editing. There are a few sequences that are unwarranted as it momentarily jars you right out of the story -- like the central set-piece action sequence on the Staten Island ferry, which is pretty lacklustre.

With this edition, the iconic character created by Stan Lee and Steve Ditko will now appeal more to tech-addicted teens as his costume has undergone some interesting embellishments.

With equal amount of simplicity and spunk, Tom Holland as Peter Parker aka Spider-Man delivers a robust performance and is naturally lovable, even as the script does not help him in a big way.

Michael Keaton as Adrian Toomes aka Vulture displays a very cunning and familiar performance as the villain.

It is the supporting cast that keeps the film buoyant. Laura Harrier as Liz, the classmate who catches Peter Parker's fancy, Jacob Batalon as Peter's best friend Ned who helps him shift from a sidekick to superhero, Martin Starr as Peter's subversive academic coach, Michael Chernus as Toomes's over-enthusiastic engineer Mason and Marisa Tomei as Peter's Aunt May -- they all have their moments of onscreen glory.

With excellent production values, the film is a visual treat that will appeal to all.

A young Peter Parker/Spider-Man (Tom Holland), who made his sensational debut in Captain America: Civil War, begins to navigate his newfound identity as the web-slinging super hero in Spider-Man: Homecoming. Thrilled by his experience with the Avengers, Peter returns home, where he lives with his Aunt May (Marisa Tomei), under the watchful eye of his new mentor Tony Stark (Robert Downey, Jr.). Peter tries to fall back into his normal daily routine – distracted by thoughts of proving himself to be more than just your friendly neighborhood Spider-Man – but when the Vulture (Michael Keaton) emerges as a new villain, everything that Peter holds most important will be threatened. 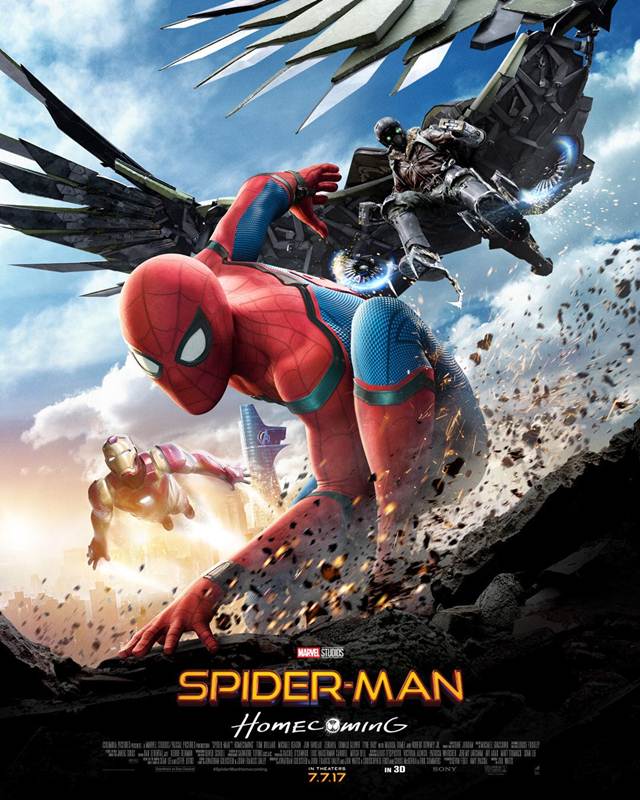 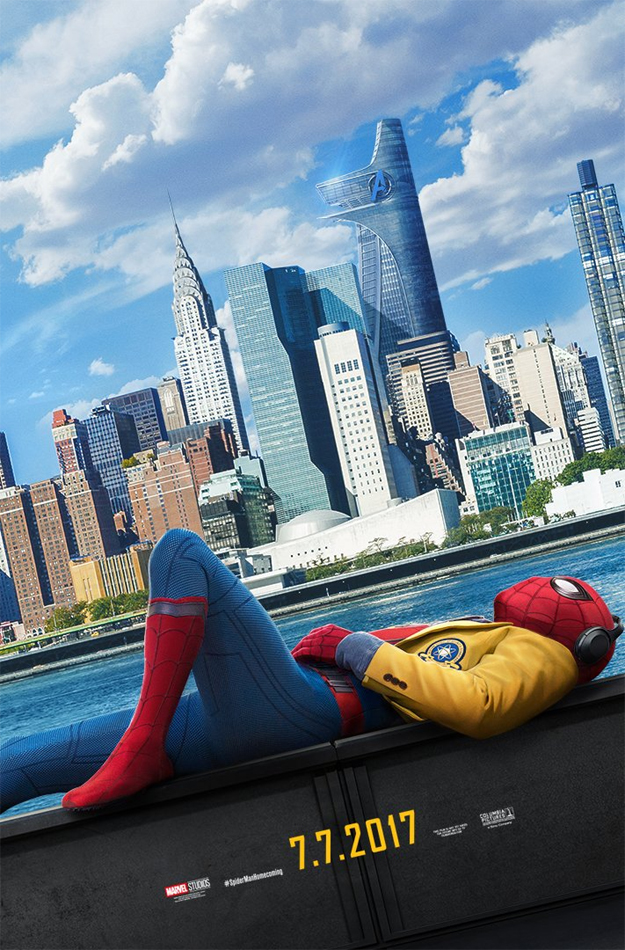 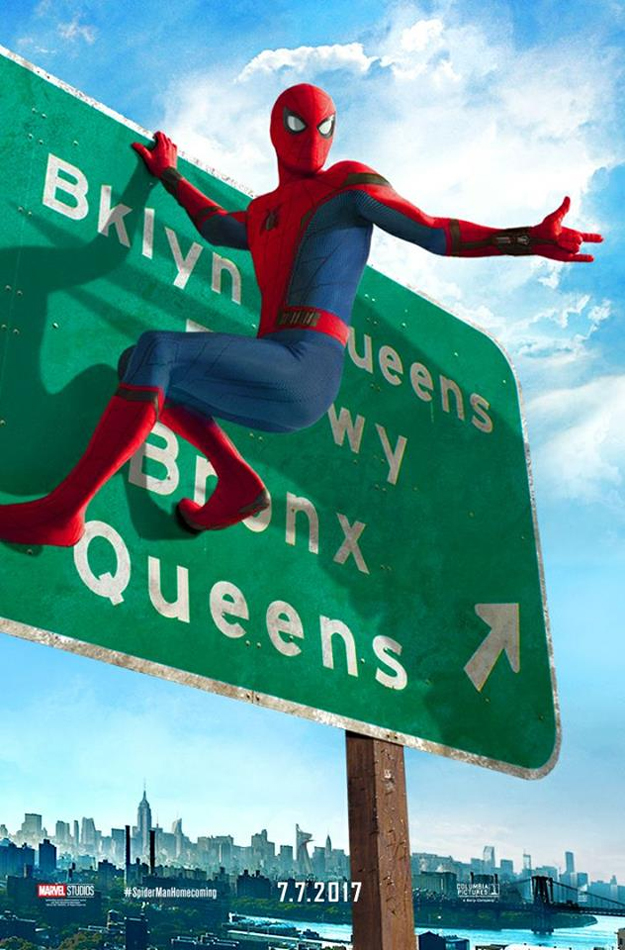 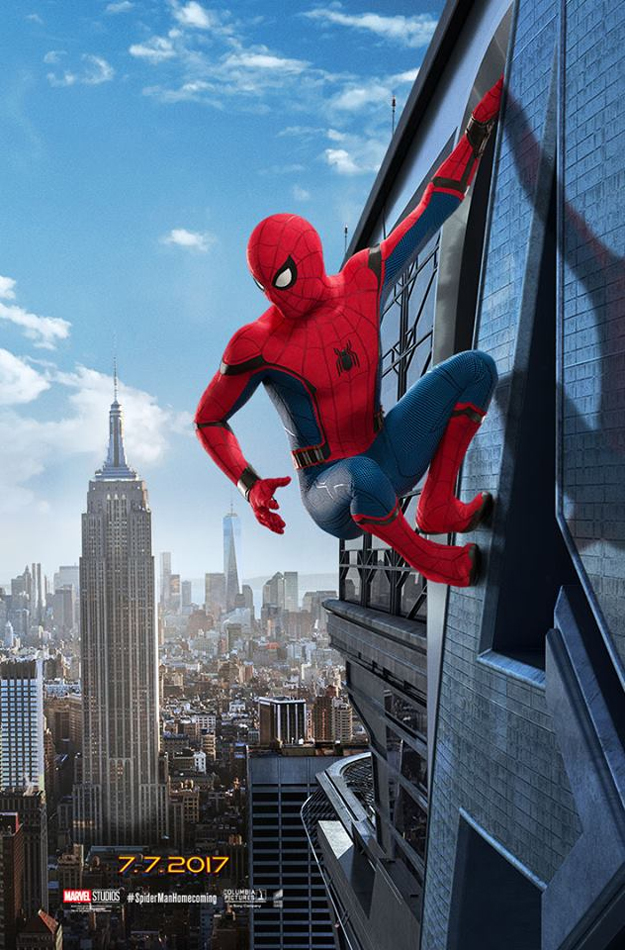