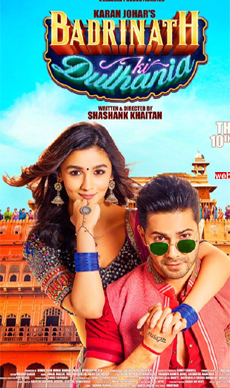 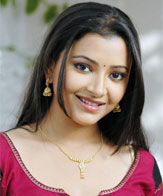 From Jhansi to Singaporea. Phew! This is one helluva joyride. "Badrinath Ki Dulhaniya"(BKD) starts off looking like one of those obnoxious rom-coms where the hero won't take a no for an answer and the reluctant heroine will finally say yes.

You know those Govinda-Karisma Kapoor types? Gosh, didn't we leave them behind?

But no! BKD surprises you. It even steals your heart at the end of the journey. As writer-director Shashank Khaitan's portrayal of small-town ambitions explodes on screen in multiple manoeuvres of high drama and cunning comedy, he never allows the proceedings to get out of hand.

The number of times the narration threatens to fall over the edge, is not funny. No one topples over even when the characters are boozed out of their heads.

Yup, this film knows where to draw the line. Then of course writer-director Shashank Khaitan has a lead pair that oozes charm and warmth. Alia Bhatt and Varun Dhawan are undoubtedly the most accomplished performers among the post-Khan group of stars. They know their chops and they use them without showing off. The film gets rock-solid performances out of both.

Varun has the tougher role. He must play the small-town stalker who thinks it is cool to keep asking a girl for her yes, even if she insists the answer is no. I can see the makers of "Pink" creating a stink.

But if there is any actor who can make stalking look forgivable it is Varun Dhawan. He chases down the very determined Alia Bhatt's defences all the way from her home-town in Kota to Singapore where she's fled to pursue her career ambitions. Like all "good" Indian girls Alia's Vaidehi must make a choice between marriage and career. The choice, in this film, is not such an awfully regressive dilemma.

I think BKD is a tremendous step forward from the films that have earlier shown the career woman being emotionally, if not physically, battered for her aspirations. As played by the astonishingly intuitive Alia Bhatt, Vaidehi reveals blazing sparks of selfishness at key points in the narration. If Varun's spoilt-brat approach to obsessive love makes you cringe, Alia's selfish behaviour will make you blush. "Nice" girls don't dump their devoted bridegrooms at the altar.

This runaway bride in film that is sure to be runaway hit, won't play the victim card. BKD happily and naughtily breaks gender stereotypes, so much so that Varun's Badrinath frequently assumes the role of the victim in the love relationship. At one hilarious juncture in the plot the character is literally a victim as he is attacked by a bunch of lusting goons who grope him noisily until Vaidehi storms in with her friends to rescue him.

I can't remember any other Hindi film where the hero almost gets raped.

Varun Dhawan is saddled with a part that requires him to be bratty and obsessive. He is never afraid to look like a silly clownish exhibitionist on screen. He is Govinda with a lot more chutzpah and restrain. In the scenes where he is supposed to show hurt and anger, Varun lets it all hang out fearlessly and with maddening insistence. He gets solid support from Sahil Vaid who plays his best friend. They have a wonderful bromantic sequence in the sea which could have easily become mawkish and outright ridiculous. The two actors hold the film together.

Another heartwarming performance comes from Aparshakti Khurrana, a Mataji singer, who falls head over heels in love with the heroine's sister. Gauran Pandey as a goodhearted but not stereotypical Sardarji and Swanand Kirkire as Alia's dowry-burdened father hold up well. The marginal characters are written with such care and sensitivity that we are able to enter their heartspace without much ado.

On the minus side, the songs most play themselves by the number. They are strictly functional. The "Tamma tamma..." number is pushed into the somber thoughtful second-half from fans of frivolity.

Clearly this film is huge triumph for the lead pair. Dhawan and Bhatt are so gorgeously in-tune with their individual characters and with their mutual relationship that you are finally looking at two charismatic actors build a world apart from reality and yet so credible that they seem to be your nextdoor neighbours.

"Badrinath Ki Dulhaniya" is actually a far deeper film than it would like to accept. Khel khel mein, haseen-mazaaq mein, it tells us bahot kuch about the way women are STILL treated in patriarchal societies and how bank balances rule the destiny of wedding couples much more than their horoscopes.

A quick-fix, from the stables of Dharma Productions, director Shashank Khaitan's "Badrinath Ki Dulhania" is a typically cliched, frothy rom-com, which exploits the sheer charm of its stars.

A lot happens and it happens charmingly with such quick spirit and wit, that it's enough to put you off rom-coms for a while. The film is not bad, but with no novelty factor. This is just a case of the law of diminishing marginal utility.

The story involves Badrinath Bansal (Varun Dhawan), a typical small town dude from Jhansi, who itches to get married soon. It is during his friend's wedding in Kota that he spots Vaidehi Trivedi (Alia Bhatt), a bright, spirited and ambitious girl and sets his heart on her.

How he woos her, forms the crux of the tale.

What keeps you hooked is Varun's buffoonish yet lovable character and with his charismatic and endearing performance, he portrays it with panache. He is aptly supported by Alia, who is effortless and convincing.

Together, they have the sort of chemistry that might make any dialogue work, and it certainly works in this story about a typical Indian guy who is bogged down by his overbearing father and an ambitious girl, till the boy finds courage to finally come right out and oppose his father. This sort of chemistry is not always inevitable, but it works well here.

Rituraj is a powerful actor but as Amarnath Bansal, Badrinath's father, he is a misfit. Swanand Kirkire as Vaidehi's father, Shweta Basu Prasad and Yash Sinha as Badrinath's sister-in-law and brother have their moments of on screen glory.

One of the film's problems is that the plot never gathers enough momentum, emotional or narrative, to involve the audience. With several amusing and compelling episodes the film seems forced, predictable and yet entertaining.

Mounted on a grand scale, the songs are peppy and even soulful. They complement the narrative, but not organically.

Overall, the film is visually appealing, glossy and vibrant.

Actor Abhishek Bajaj says he drew inspiration from the character of Badri, played by Varun Dhawan in the film "Badrinath Ki Dulhaniya", for a show.Abhishek will play Mahi in &TV's latest offering "Bitti Businesswali"."My look and the character are quite similar to Varun's Badri image that he played in the movie. Our show is based out of Allahabad and I deck up in kurtas with jeans and a waist coat. Read More 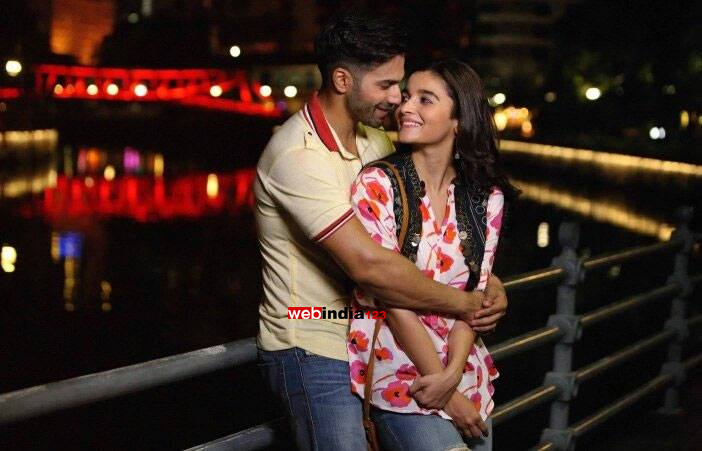 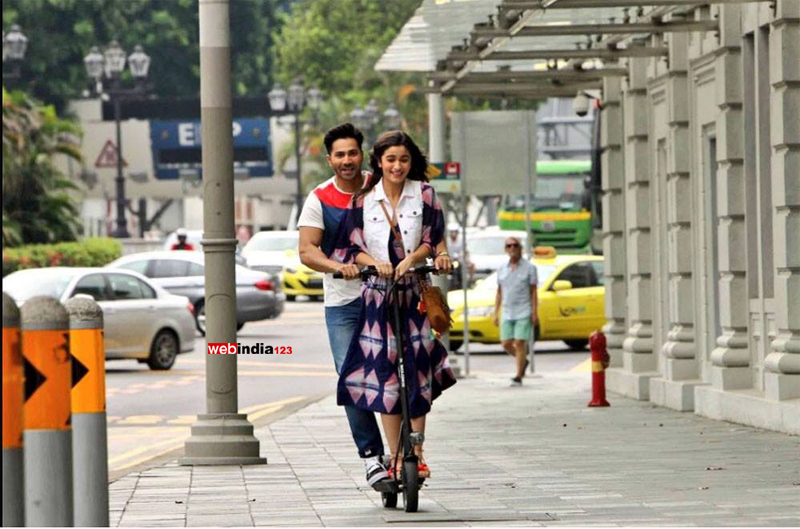 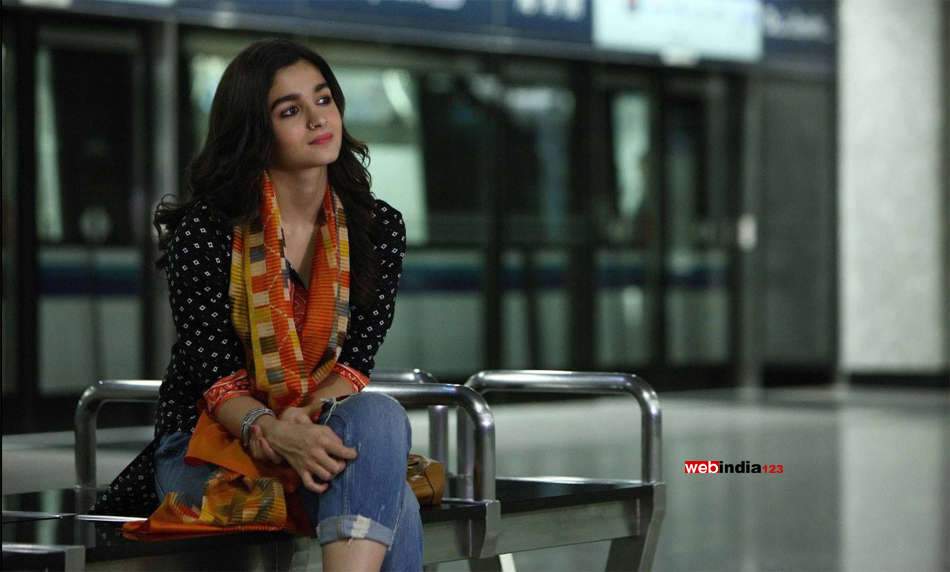 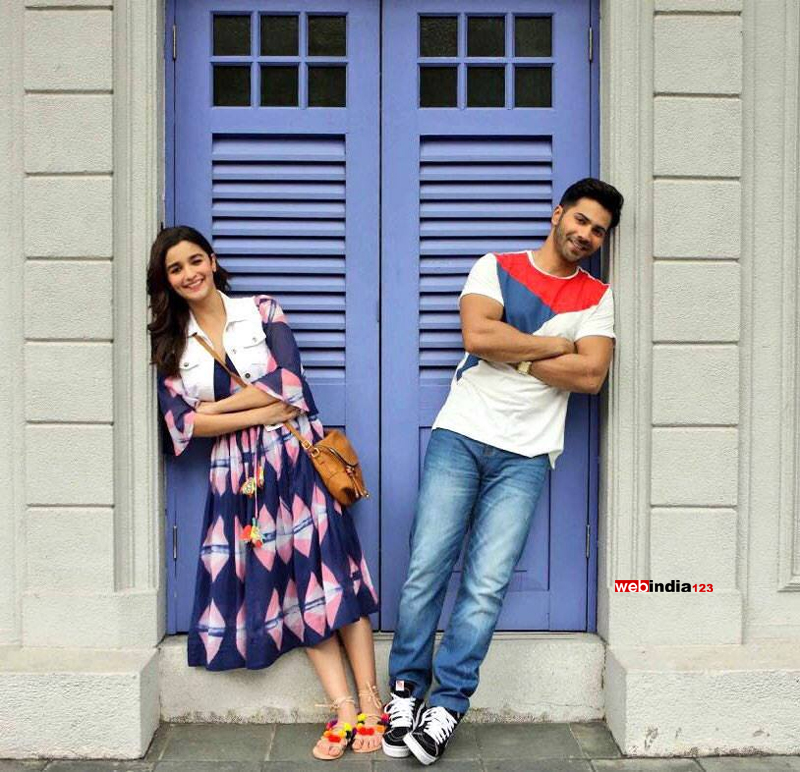 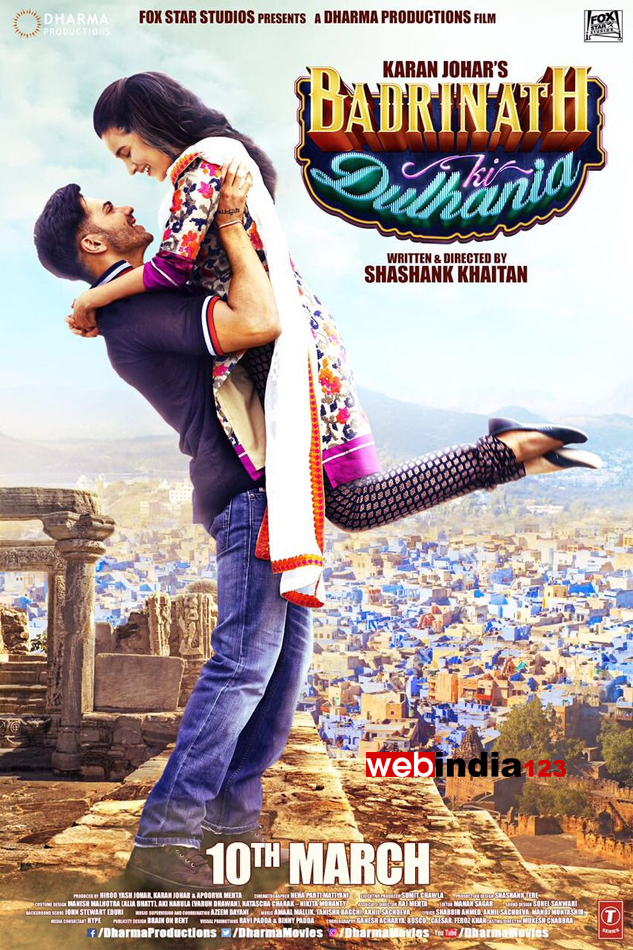 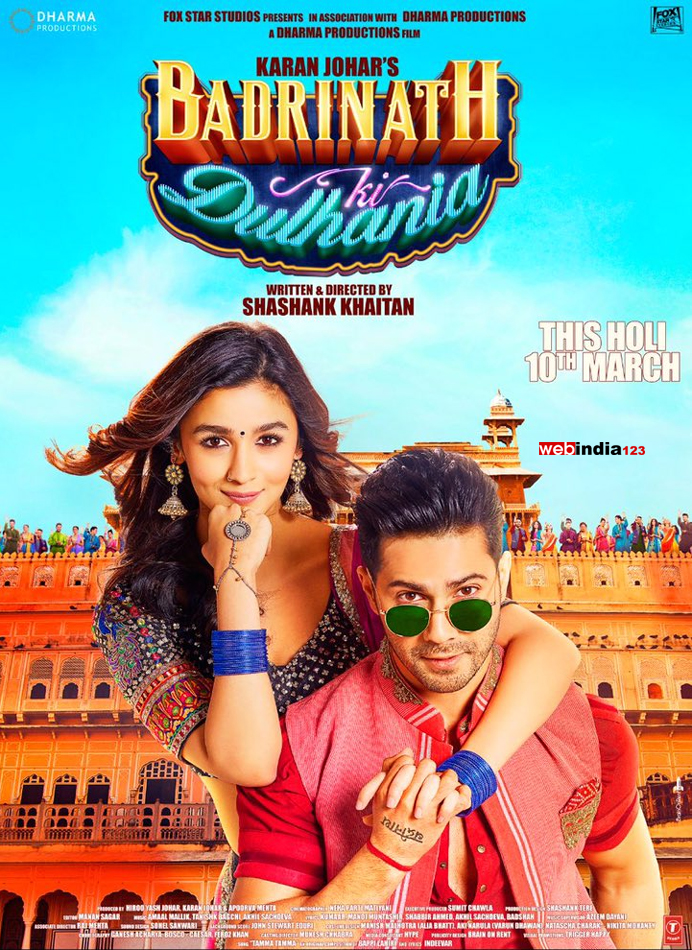 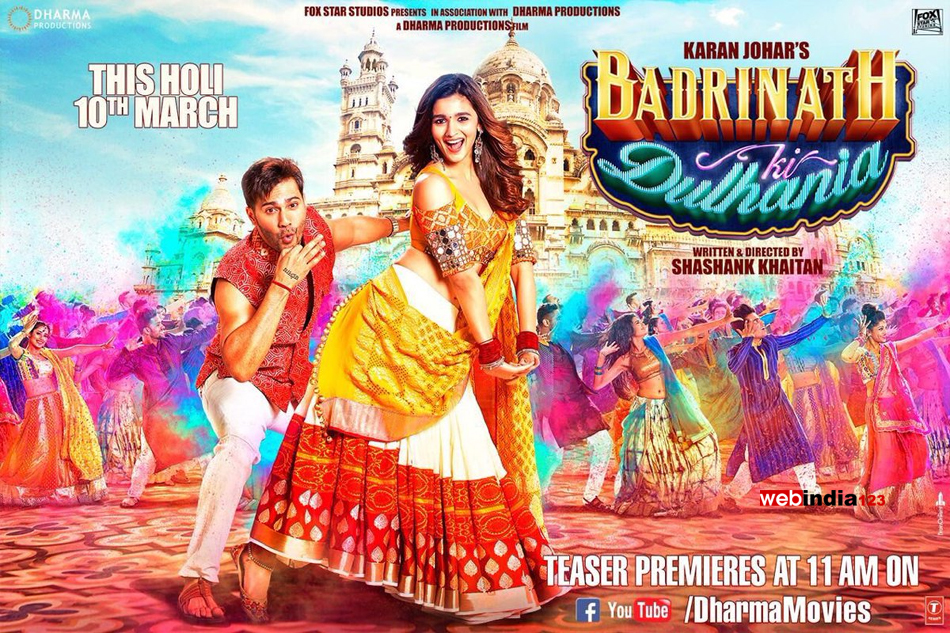