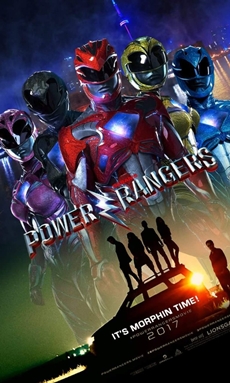 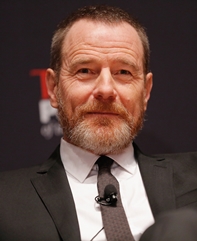 "Power Rangers" is a reboot of the similarly titled 1993 American sci-fi television series . There is nothing new or exciting here, but the execution is as updated as one can get.

When five socially outcast teenagers discover an ancient power, deep within a mine, they are tasked with using their newfound abilities as armoured rangers to defend the Universe from a resurrected evil.

The five are; Jason Lee Scott -- a high school senior and star quarterback who later becomes the Red Ranger, Billy Cranston -- an autistic back-bencher who later becomes the Blue Ranger, Kimberly Hart -- a depressive who is in detention for texting an embarrassing private picture of her classmate is the Pink Ranger, Trini -- the same-sex orientated teenager as the Yellow Ranger, and Zack Taylor as the Black Ranger.

The premise of the film is simple: the quintet join forces to defeat the evil monsters. That is exactly what is in store by the third act. However, it is the first two acts before the action that keeps you engrossed.

How the five strangers-turned-partners meet, interact and bond together is what makes this narrative interesting. Most interesting of the lot is R.J. Cyler as Billy Cranston. It is no easy task to portray an autistic, but Cyler pulls his part off in a tasteful fashion. The remaining foursome are perfunctory.

Bryan Cranston's portrayal of Zordon, the ancient being who is embedded on the wall of a space ship and acting as the rangers' mentor, is surprisingly good and effective.

While the majority of the film tries hard to be gritty and picture perfect, Elizabeth Bank's portrayal of the evil Rita Repulsa is straight out of the 1990s show. She is a mixture of over-the-top popcorn fun and creepiness. And, she delivers with full gusto.

The script by writer John Gatins and director Dean Israelite isn't perfect, but they make sure that every character's emotions are seriously mounted even as they celebrate the ridiculousness of everything else. The scenes jump from sci-fi to drama, all too often, which is incredibly jarring to watch as the tone shifts. Nevertheless, the crude, consistent balancing act of the tone, done with sincerity is what makes this film stand tall.

The haphazard plotting is astutely bound by the razor sharp edits by editors Martin Bernfel and Dody Dorn.

Cinematographer Matthew J. Lloyd's camera work is worth a mention, especially the opening car chase done in a single take from inside a moving vehicle. It is simply marvellous. Also, his live action photography seamlessly mesh with the computer generated images.

Overall, "Power Rangers" is loud, trashy, sweet and weird. It is styled like a Disney fantasy which seems to be like a part of the Transformers series with a moral code suitable for kids. It will appeal to preteens as it sees the world through their eyes.

SABAN’S POWER RANGERS follows five ordinary teens who must become something extraordinary when they learn that their small town of Angel Grove — and the world — is on the verge of being obliterated by an alien threat. Chosen by destiny, our heroes quickly discover they are the only ones who can save the planet. But to do so, they will have to overcome their real-life issues and before it’s too late, band together as the Power Rangers.