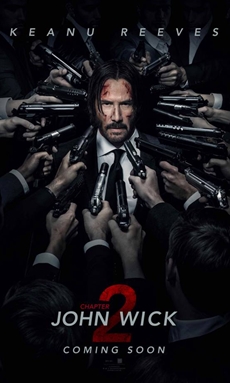 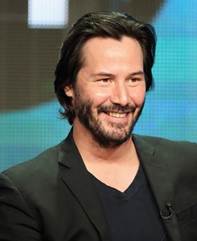 Very rarely do sequels create an impact as the original, but in the case of "John Wick: Chapter 2", the intensity surpasses its predecessor. It excels as a scaled-up action thriller about John Wick, "the man, the myth and the legend".

Literally, from the very first frame itself, the ten-minute adrenaline-packed motorcycle chase sets the pace for an eventful sequence which is fulfilling. The following half hour seems to go by at a snail's pace in comparison, but the narrative keeps you at the edge of your seat.

While the first edition was a tragic love story, which is alluded to in this edition, the story starts out with Wick recovering his stolen car, so this story seems like a continuation of the first story, but it is not.

This initial scene only puts John Wick in perspective, for the uninitiated. He is rightly introduced as, "The Boogey man", "A man of focus, commitment and sheer will power" who "killed three people with a pencil", and reminds the audience that his reputation precedes him.

Thence, following John Wick as the main protagonist we are further immersed into the world he has tried escaping in the past. This time around, after losing his wife, a man from his past, Santino D' Antonia, returns to remind him that he holds a "marker" -- a sort of a debt, and is thus obligated to do as he is told.

Without listening to Santino, Wick refuses to oblige and soon finds himself homeless.

Disappointed and helpless, Wick turns to Winston, the manager of the Continental club, who further reminds him, "You dishonour the marker -- You die. You run from the Marker -- you die or You... You die". As the rules suggest, do as you are asked to do.

Left with no choice, Wick returns to Santino and fulfils his debt. But then he is soon crossed and a price is put on his head, leaving him nearly defenceless.

Having said that, no number of people can take John Wick down and the action never slips down from there. There are expertly choreographed action sequences with gun fights, fist fights and knife fights that go on and on. There is one fight scene in a hall of mirrors that not only deserves praise for its combat, but the camera work as well.

Also, the parallel editing; of giving his measurements to the tailor, buying the ammunition and planning the assassination in the catacomb, is worth a mention.

There are also too many winks, nods and deux de machina which help the narrative in making it believable in this universe and it never falls fully into absurdity. Nevertheless, it is a well-directed film with a cheesy and fun screenplay. It also sets the foundation for its third edition.

If you can buy into superhero films as serious drama, then you would accept the fact that John Wick is able to get out of many scenarios single-handedly fighting many men at a time. You would forgive the few ridiculous moments, with a chuckle.

Keanu Reeves as John Wick is stylish and impressive. With limited lines, a brooding visage and ample action, he once again slips into John Wick's boots effortlessly.

He is aptly supported by; Riccardo Scarmarcio as Santino D'Antonio the heir of the under-world Camorra family, Claudia Gerini as Gianna - Santino's sister, Ian McShane as Winston and Ruby Rose as Aries the agile mute assassin.

Overall, everything in this film is magnified and polished creating a high-octane atmosphere. It surely is a gift for all action lovers.

Keanu Reeves to star in 'Siberia'

Actor Keanu Reeves has been roped in to star in the upcoming romantic thriller "Siberia" that will be directed by Matthew Ross.Read More

Legendary hitman John Wick is forced back out of retirement by a former associate plotting to seize control of a shadowy international assassins guild. Bound by a blood oath to help him, John travels to Rome, where he squares off against some of the world'sdeadliest killers