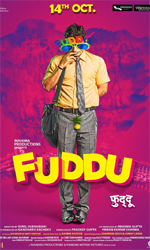 Set in sin city Mumbai, 'Fuddu' is a sweet, simple romantic comedy that gives you an insight into the brazen lifestyle of its middle-class immigrants who cram up in match-box dwellings.

Realistically portrayed, the film looks into the life of Mohan Mishra who comes to Mumbai from Benaras for greener pastures and soon realises that the shimmer of this glitzy city is all fake. Reality hits him when, in the city, he has to live with his two older brothers and their families, in a chawl and is advised, 'adjust karna seekh le tu', which means 'learn to adjust'.

Adjust to his new life, he does. But, the problem arises after he gets married.

Being shy, conservative, considerate and dense on the uptake, with eight members of the family crammed in a ten-by-ten room, he is unable to consummate his marriage and is taunted about it.

How he overcomes this difficult situation, forms the crux of this rom-com.

Though there are not many twists and turns in the plot, what keeps you glued are the unfaltering performances by the fairly new cast and a well-contained script with well-etched characters.

The dialogues are colloquial, witty and laced with the right amount of humour that is relatable.

The film is Shubham's canvas and he is convincing as Manoj. He brings the right amount of energy and realism to his character, playing his role with convivial ease and flourish. He has a pleasant screen presence and has the audience one with him in empathy.

Swati Kapoor as Mohan's wife Shalini, is equally convincing. She matches Shubham in histrionics, but unfortunately she does not have much screen time.

Vicky Ahuja as his older brother Shyam, and the others, in supporting roles perfectly complement Mohan on screen.

The songs with the lyrics, 'No she ain't coming for you mere bhai' and 'Pinjre se tota udaa' pepper the narrative with the right amount of enthusiasm and cheerfulness.

The beginning credits thank a list of stars that include; Katrina Kaif, Ranbir Kapoor, Sunny Leone, Sharman Joshi, Gauahar Khan and a few more. And, throughout the film, you wonder when they would pop onto the screen.

You won't be disappointed, if you patiently wait till the very end, when the end credits roll. Not all, but a few would definitely make their guest appearance.

Mounted with decent production values, the film is a pleasant surprise and worth a watch for every Mumbaikar. 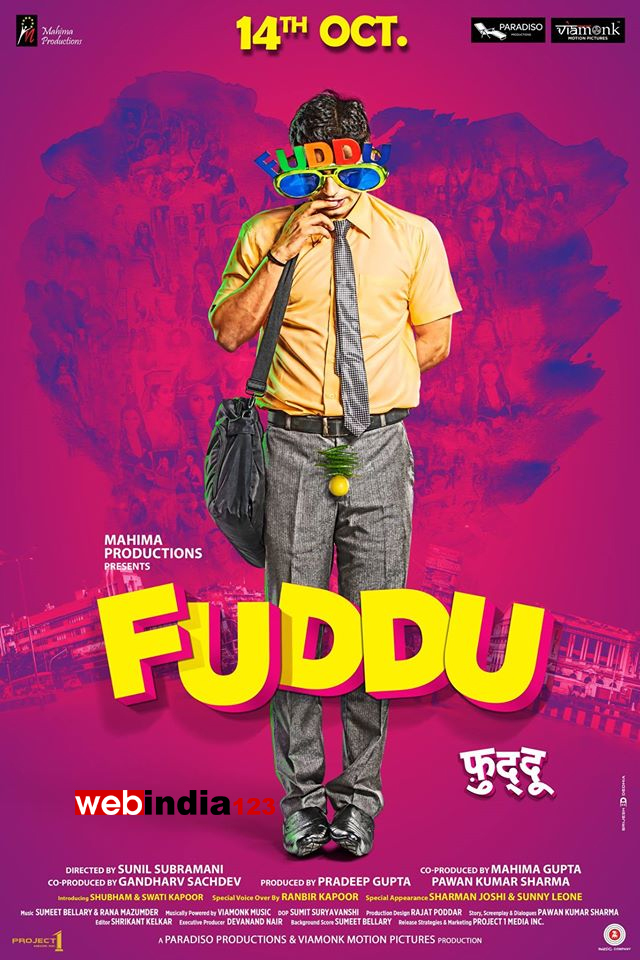