KING ARTHUR: LEGEND OF THE SWORD

King Arthur: Legend of the Sword 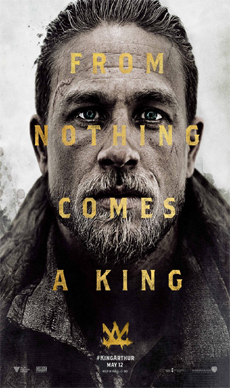 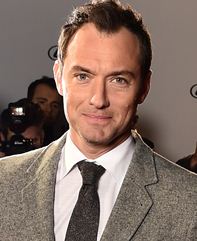 "King Arthur: Legend of the Sword" is a bit of a mishmash. It is not a gritty, realistic film that reveals the horrors of medieval warfare. Instead, it is an action-filled, fun film that is consistently interesting. It makes missteps and there are bits that absolutely don't work, but it surprisingly succeeds more often than it fails.

Within minutes of the opening it becomes apparent that this is not a traditional retelling of how Arthur became the King of England.

With oversized elephants and an excessively populated action sequence that forms the prologue, the film settles to reveal, how, after the nefarious Vortigern (Jude Law) kills his brother Uther Pendragon (Eric Bana) to steal the throne, Uther's young son Arthur is forced into hiding and is raised in a brothel.

And, with an impressive montage, the director shows the rise of both Vortigern and Arthur (Charlie Hunnam). We see Vortigern amassing power and Arthur learning to survive on the streets of Londinium, till he grows up. It is only when Arthur liberates the sword from the stone and is on the run with his band of rebels before being forced to face Vortigern that the narrative becomes interesting.

With not much heed paid to the emotional graph of the characters, the performances of its ace cast are totally perfunctory.

The film trudges for over two hours and is weighed down with fantasy tropes playing to the director's strengths. These fantasy tropes that include the giant, wizard-controlled elephants, coiled water monsters and other supernatural material that boost its blockbuster trappings, in fact, are the film's death knell.

These ruin the narrative flow making it seem as if there are two or three different films running concurrently. Also the weirdly sudden occurrence of slow motion frames makes it feel as if the film is yawning.

Visually, the film is ostentatiously mounted with state-of-the-art effects along with thrilling and engaging music.

Director Guy Ritchie's personal style has certainly been noted, given the enormous footprint he leaves throughout the film.

It is obvious that emotional engagement and history are lost in the trivial detailing, but if you focus on the visual aspects and pure entertainment, you can appreciate the film for what it is.

Acclaimed filmmaker Guy Ritchie brings his dynamic style to the epic fantasy action adventure 'King Arthur: Legend of the Sword.' Starring Charlie Hunnam in the title role, the film is an iconoclastic take on the classic Excalibur myth, tracing Arthur's journey from the streets to the throne.

When the child Arthur's father is murdered, Vortigern (Jude Law), Arthur's uncle, seizes the crown. Robbed of his birthright and with no idea who he truly is, Arthur comes up the hard way in the back alleys of the city. But once he pulls the sword from the stone, his life is turned upside down and he is forced to acknowledge his true legacy…whether he likes it or not.

Guy Ritchie ('The Man from U.N.C.L.E.,' the 'Sherlock Holmes' films) directed the film from a screenplay is by Joby Harold ('Awake') and Guy Ritchie & Lionel Wigram, story by David Dobkin ('The Judge') and Joby Harold. The film is produced by Oscar winner Akiva Goldsman ('A Beautiful Mind,' 'I Am Legend'), Joby Harold, Tory Tunnell ('Awake,' 'Holy Rollers'), and 'The Man from U.N.C.L.E.' and 'Sherlock Holmes' producers Steve Clark-Hall, Guy Ritchie and Lionel Wigram. David Dobkin and Bruce Berman are executive producers.

Warner Bros. Pictures presents, in association with Village Roadshow Pictures, a Weed Road/Safehouse Pictures Production, a Ritchie/Wigram Production, a Guy Ritchie film, 'King Arthur: Legend of the Sword.' Slated for release on March 24, 2017, the film will be distributed in North America by Warner Bros. Pictures, a Warner Bros. Entertainment Company, and in select territories by Village Roadshow Pictures.