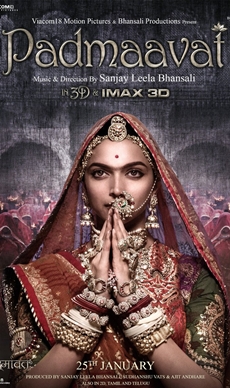 For my money there is no contemporary filmmaker with the vision and velocity of Sanjay Leela Bhansali. The man makes every frame in his cinema seem like a wondrous timeless work of art.

As in all his films there are visuals in Padmaavat that will be remembered for all times to come. And this is as opportune a time as any to salute Bhansali's cinematographer Sudeep Chatterjee who is a magician, visionary par excellence who can put on screen images that poets and painters put into their creations when at the acme of inspiration.

Almost every moment in the story that Bhansali tells of the royal Queen Padmavati and the Islamic invader who lusts after her, is pure magic.

The mesmerizing mise en scene hooks you from the word go when in a spellbinding introduction, the Queen on a hunting trip manages to wound Raja Ratan Singh, in more than one.

Love-stuck and besotted Shahid Kapoor's Ratan Singh makes it very clear that he would do anything in his power to protect the beauty and sanctity of the woman he falls in love with and marries.

Palace intrigue is always a high-point in Bhansali's operatic dramas. In Bajirao Mastani we saw Deepika Padukone as the royal queen who ends up being the second wife of a neighbouring empire. A similar fate awaits Deepika in Padmaavat.

While the conflict between the two wives in Bajirao Mastani was conspicuously contoured, in Padmaavat Deepika's Padmaavati barely manages to interact with her husband's first wife (played by Anupriya Goenka).

It is Padmaavati's conflict with her invader and intended violator Allauddin Khilji which occupies centerstage in this rigorous drama of resonant historicity.

On many occasions the historical facts are tampered with for the sake of edifying the essential conflict between the Queen and her invader.

Deepika Padukone and Ranveer Singh bring an exquisite operatic duet-like feeling to their parts. Though they sing the same song from different scales,they are like the earth and sky never destined to meet.

Bhansali imparts a portentous potency to their conflict. Without coming face-to-face the two actors convey an almost-unbearable dramatic tension.

The climax with all of the Rani's female entourage fighting off the advances of Khilji by hurling hot coal bricks on him, is a reverberant homage to Ketan Mehta's Mirch Masala.

Remember Naseruddin Shah's moustache-twirling subedaar in Mehta's film lusting after the feisty Sonbai (Smita Patil)? Bhansali's Padmavati echores Sonbai with heartening whoops of joy. Indeed this is a film that pays a homage to the greatest filmmakers of the country Raj Kapoor and K. Asif and succeeds in going beyond the vision of these two filmmakers.

The sequences at the end of the film featuring Deepika Padukone and a bevy of women all wearing flaming-red, will stay with you for a very long time. I am afraid Shahid Kapoor as Padmavati's husband seems a little shaky in his attempts to counter Ranveer's psychotic Khilji with regal restraint.

Shahid internalizes his character's struggles to an extent where he looks bored at times.

But there is no dearth of bravura acting in Padmaavat. While Ranveer and Deepika as antagonists rip the screen part, two other actors Jim Serbh and Aditi Rao shine in smaller roles bringing to their part as Khilji's manipulative toy-boy and idealistc wife, a strong sense of a back-history that belies the length of their roles.

Padmaavat is a work of illimitable splendor. The 3D format seems quite an unnecessary grandeur-enhancement device. When we already have so much to savour and imbibe why hanker for more? This is a film so inured in irradiance and so steeped in splendor you will come away from the experience exhilarated and satiated.

This is a movie so epic in proportion it stands tall among the great films of all time about love and war. In Bhansali we have our own David Lean. Padmaavat proves it.

All the political brouhaha that surrounds this film is unwarranted.

Inspired from the epic poem, Padmavat written by Malik Mahummad Jayasi, which is considered a fiction laced in history, the film is a work of art that is mounted on a lavish scale.

Set in the thirteenth century, the poem and the film named after the legendary Rajput queen of Mewar, in actuality is the story of Alauddin Khilji, the Turko-Afghan ruler of the Delhi Sultanate.

It exposes Khilji's obsession for the beautiful queen. After hearing tales about her, Khilji lays siege to the Chittor Fort in Rajputana to capture her. But the brave and righteous queen along with the other women of the palace, in order to save their honour commit jauhar - self-immolation.

Technically the film is astutely mounted. The director has laboured over the production designs which include the sets, locales and the costumes. Visually every frame is extravagant and enthralling. The lengthy shots with seamless camera movements give an enhanced cinematic experience. The wide-angle shots capture the locales beautifully.

The film is well-executed and has all ingredients of a block-buster, but the wow-factor is missing.

And the fault lies in the writing. This story is not weak but its execution definitely is. Every scene, from beginning to the end, is dramatised to give the story a larger than life feel and thus in the process, the finer nuances of the characters are lost.

Case in point is the introductory scene of Padmavati and Maharajah Ratan Singh of Mewar. They meet, but at no stage does the film establish their chemistry. Their romance is very perfunctorily projected.

This apart, the plot laden with cinematic liberties and verbose expositions, makes this poetry on screen a bland affair as the shock value is tempered.

What keeps you hooked are definitely the performances. Every actor is in the skin of their character. Ranveer Singh as Alauddin Khilji is pulsating with his onscreen energy.

Deepika Padukone as Rani Padmavati is effortlessly convincing. Shahid Kapoor as Maharajah Ratan Singh has a restrained demeanour and is competent.

In special appearances - Raza Murad as Jalaluddin Khilji is captivating whereas Aditi Rao Hydari as Khilji's wife Merunissa is wasted.

But it is Jim Sarbh in a supporting role as Malik Kafur the prominent eunuch slave of Alauddin who lights up the screen. A prolific actor, it is interesting to watch him emote. And his myriad expressions are definitely a treat to watch.

As for the 3D effects, initially they are a bit distracting, but over a period of time, with the mesmerizing camerawork, the viewing experience is smoothened. But the animations lack finesse, especially in the scene with the ostrich.

As always, Sanjay Leela Bhansali's films rank high with its music and back-ground score. This one is no different. The dances and the action sequences are well-choreographed. The songs integrate seamlessly into the narrative. But it is the songs, "Khali bali ho gaya hai dila" and "Ghoomar," that stand out.

Overall, this tale of valour is indeed a visual spectacle but lacks the soul.

Actor Ranveer Singh says he wants to be like actor Akshay Kumar.Akshay had wished Ranveer on his birthday on July 6 and described him as a dynamite and a dynamic personality on Twitter."One word that comes to mind for Ranveer: Dynamite. Dynamic personality and vibes which always make you smile. Wishing you a very happy birthday and an explosive year ahead," Akshay had written.Read More 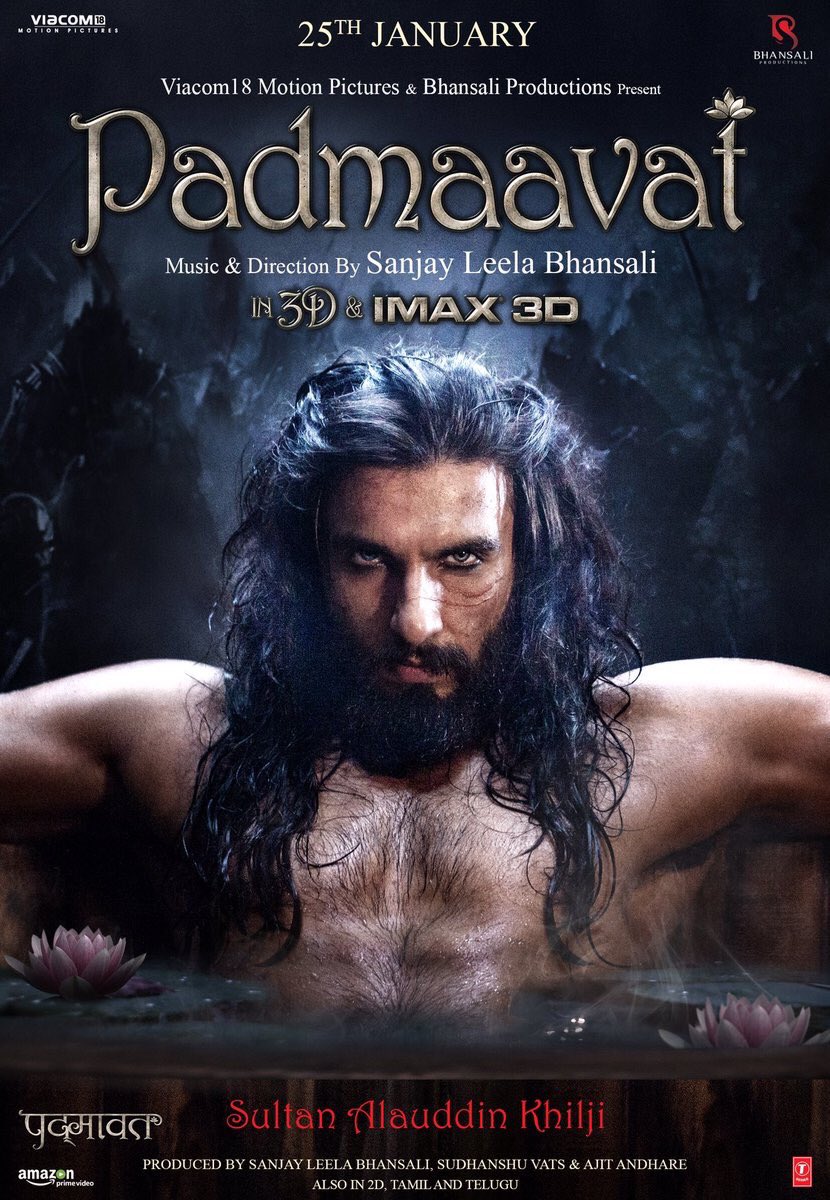 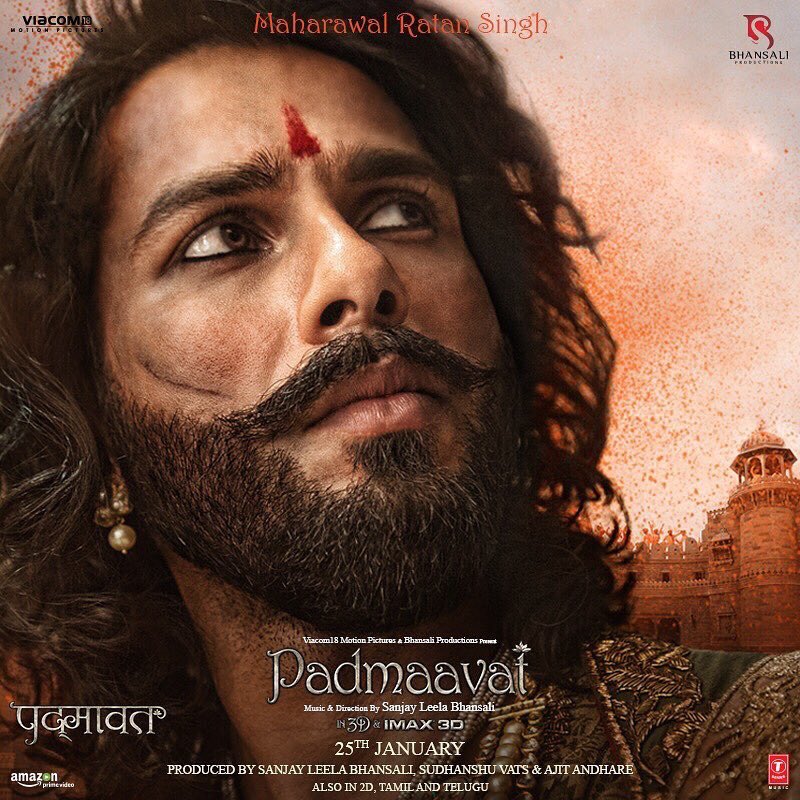 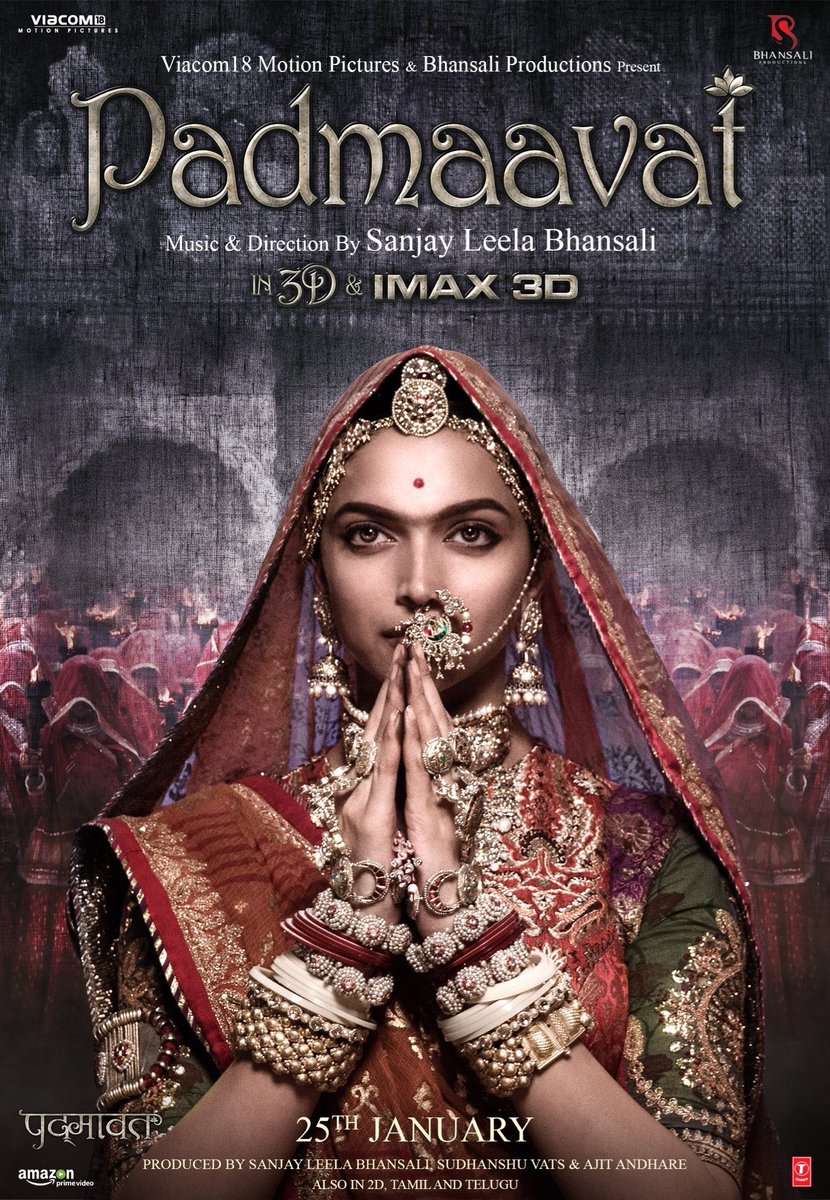 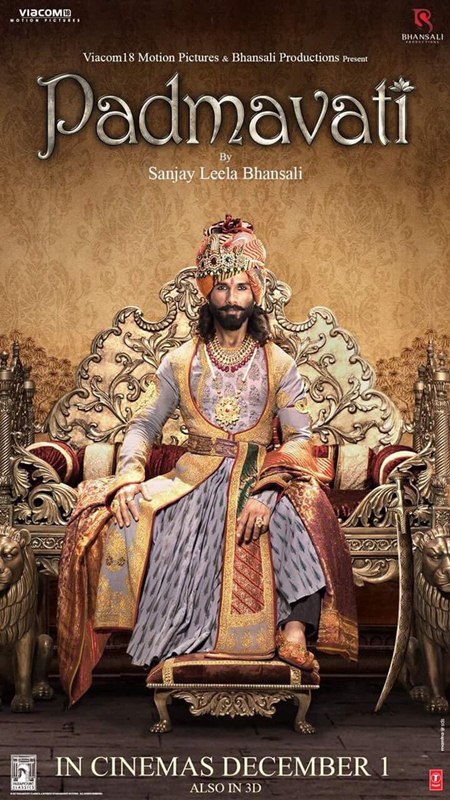 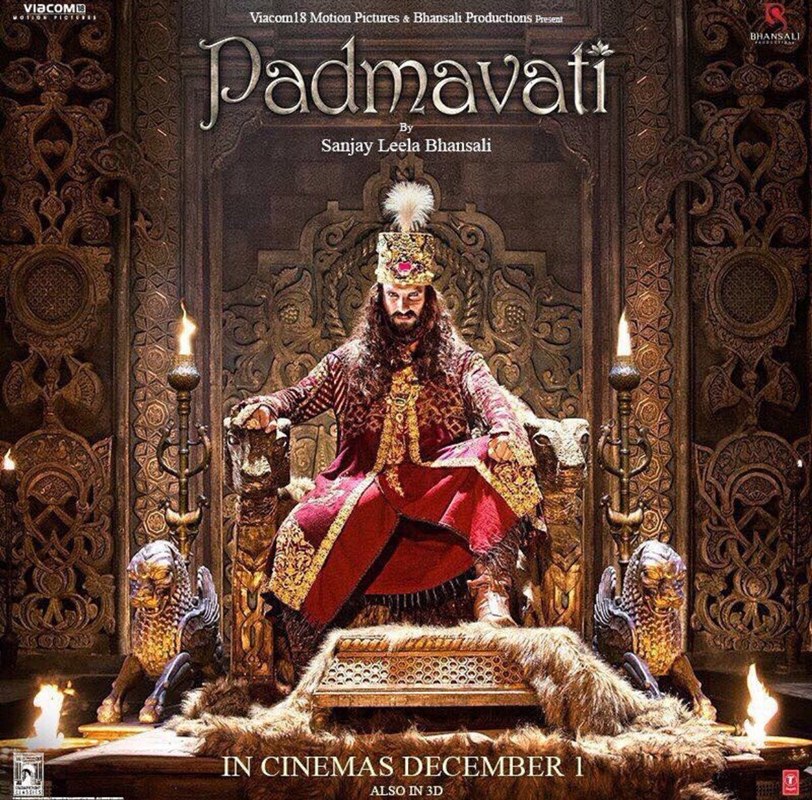 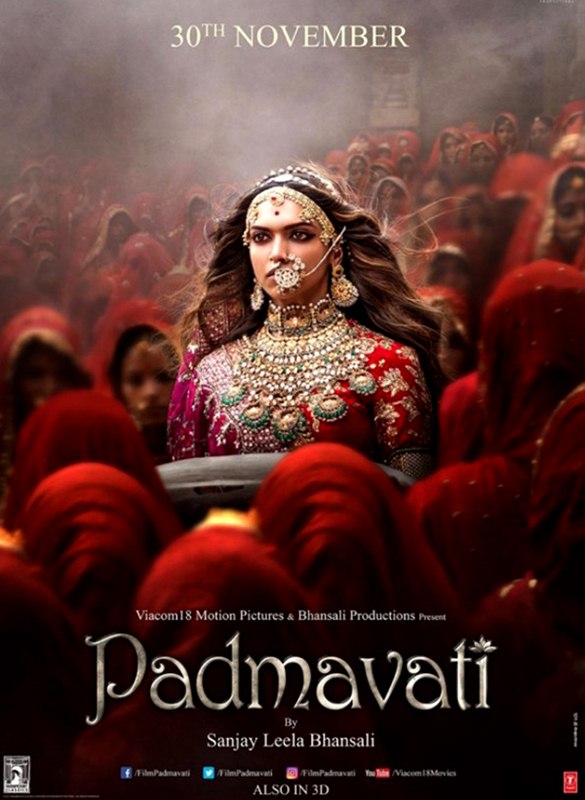 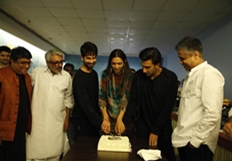