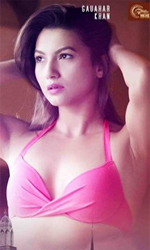 Touted as a suspense thriller and set in scenic Switzerland, "Fever" is nothing but a convoluted story of a ruthless contract killer, Armin Salem (Rajeev Khandelwal), who loses his memory in an accident and is struggling hard to put the pieces together to reconstruct his life and discover his true identity.

Kaavya (Gauhar Khan) mysteriously stalks him in Switzerland, initially, but later, inexplicably becomes his friend and stands by him, offering him help.

The film suffers because of a poorly written screenplay with no thought whatsoever having gone into it. It shuttles back and forth, aimlessly, confusing the audience as the film progresses.

Director Rajeev Jhaveri displays his poor directorial skills, as the entire premise is dealt with in a manner that makes it unbelievable and a tad amateurish.

The stylised action, deafening background score and unwarranted scenes with forced attempts to add shock value do nothing to elevate the viewing experience. On the contrary, these make it even more complex and boring to watch.

The first half is replete with confusion and the audience loses the plot several times. The narrative heads nowhere and does not get you hooked, despite desperate efforts to be true to the thriller genre. The second half drags as well and the resolution of the plot leaves you disappointed and abounds in loopholes.

The characters are flat and one-dimensional appearing very incomplete and unreal.

In keeping with the contract killer's racy life, there is a fair amount of skin show, as if to offer relief in an otherwise tedious film.

Rajeev Khandelwal as Armin Salem a contract killer from Paris is wasted. He has a commanding screen presence, but is not really able to elevate the quality of the badly etched character with his performance. He ends up appearing strictly mediocre.

Gauhar Khan as Kaavya, a mystery woman who becomes his friend, delivers competently, but again is the victim of a poorly written script.

Gemma Atkinson as Rhea Wagner, is endearing. The other actors with limited screen time including Victor Banerjee as Dr. Roy are wasted.

The locales in Switzerland are without a doubt, captured beautifully and are perhaps the only thing worth watching.

The music by Ranjit Barot is a treat. "Mile ho tum" by Tony Kakkar and "Bas ek baar" by Arijit Singh are soulful songs but sadly a misfit in a film like this.

We are told in the beginning that "a fever is an expression of inner rage." Perhaps that's meant to be a warning for the viewers. For that is indeed the feeling you leave the theatre with.

Overall, "Fever" is disappointing beyond words, even for Rajeev Khandelwal fans.

Want to increase my bandwidth as an actor: Rajeev Khandelwal

Girls swooned over his character Sujal Garewal in "Kahiin to Hoga", critics lauded his intense performance in "Aamir" and the audience loved him in "Shaitan". Rajeev Khandelwal, who is now trying his luck in the digital medium, says he wants to increase his range as an actor.

"Even if I fail, I would not mind it because I just want to make an attempt and try it. But there isRead More

An assassin takes on the identity of a writer to escape the law. He has two mysterious & sensuous women masquerading around him. Suspense builds as they both uncover the lie.The Thrillex stars Rajeev Khandelwal, Gauahar Khan, Gemma Atkinson, Caterina Murino, Victor Banerjee & Ankita Makwana. 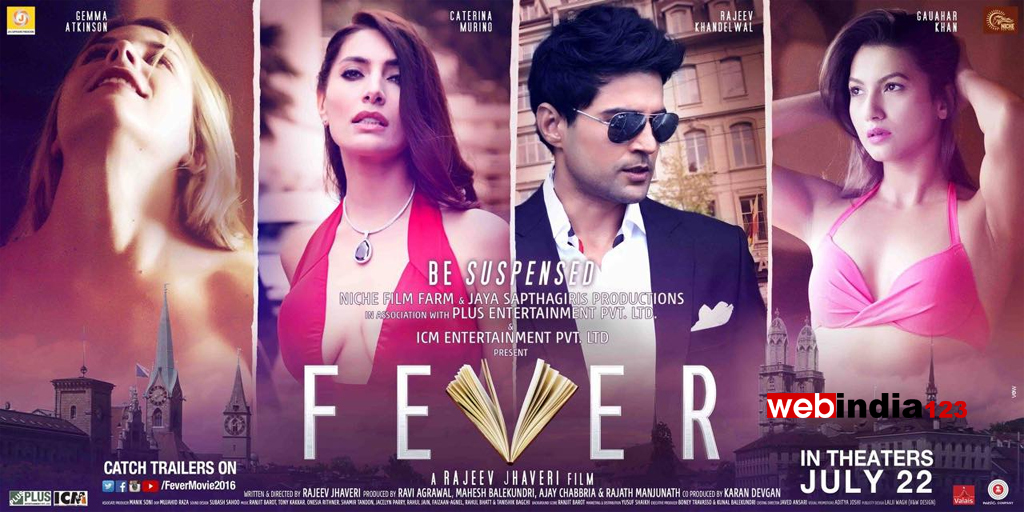