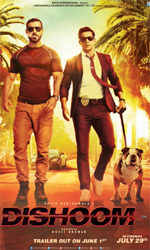 Set somewhere in the Middle East, "Dishoom" is a stylised yet typical buddy-cop film with Bollywood sensibilities.

Bookended with songs, and in the backdrop of an investigation, of a missing ace Indian cricketer - Viraj Sharma (Saqib Saleem) who disappears 36 hours before the finals, it is the bonding saga of the two investigative officers Kabir Shergil (John Abraham) and Junaid Ansari (Varun Dhawan) who are investigating the case.

The script written by Tushar Hiranandani and Rohit Dhawan has all the ingredients of a Hindi commercial film which includes dramatic cast intros, inciting episodic incidents with a patriotic tinge, mild complications, action packed climax and a dud emotional denouement, all sans logic.

Apart for this, the film is carelessly scripted with no eye for detailing. Even if one has to keep ones' brains behind, its faultlines are jarring. Especially with Jacqueline's character. Nevertheless, the film delivers moments of entertainment.

The dialogues have references to many English and Hindi films, prominent among the few are; "Munnabhai MBBS", "Lagaan", "3 Idiots" and "PK". Humour is supposed to be derived from these references.

On the performance front, John Abraham as the impulsive Kabir is impressive. With a stone-face, straight jacket expression and a swagger, he plays the defiant officer to the tee. His on-screen bonding with the bumbling Junaid Ansari, is perfect.

With a rushed sense of energy, Varun Dhawan as Junaid is charming. He overdoes his bit at times, but that is no fault of his.

The talented Saqib Saleem is wasted in a passive role of the kidnapped cricketer Viraj Sharma.

Akshaye Khanna, after a long hiatus, makes a comeback in a poorly developed role of an antagonist. As an actor, he is natural and never fails to impress you.

Jacqueline Fernandez as Ishika aka Meera Behl, in a defined character, holds her stead and excels.

In cameo roles Nargis Fakhri and Parineeti Chopra are eye candies. Akshay Kumar with an unusual hairstyle as Sameer Gazi leaves a lasting impression. You wish his character was lengthier and had some substance in the plot.

On the technical front, the action scenes are skilfully choreographed especially the motorcycle chase in the desert and mountain area and in the climactic scene, when the stunts are performed mid-air in the helicopter. Nitin Rokade and Ritesh Soni's crisp, razor sharp editing makes this experience a delight.

Visually, the film is all gloss. Ayananka Bose's cinematography captures the locales and the action in full glory. His frames and lighting are picture perfect.

The songs fit snugly into the narrative. And the background score, which is overpowering at times, gives an adrenaline boost to the viewing experience.

"Dishoom" offers nothing that you have not seen before, yet entertains you. An ideal watch for John and Varun fans.

Have no preferences as an actor, says Akshaye Khanna

Actor Akshaye Khanna says that as an artiste, he doesnt have any preferences for the kind of films he wants to feature in.Read More

When India's top batsman goes missing in the Middle East, two cops from either side of the Arabian Sea team up for a 36 hour manhunt. 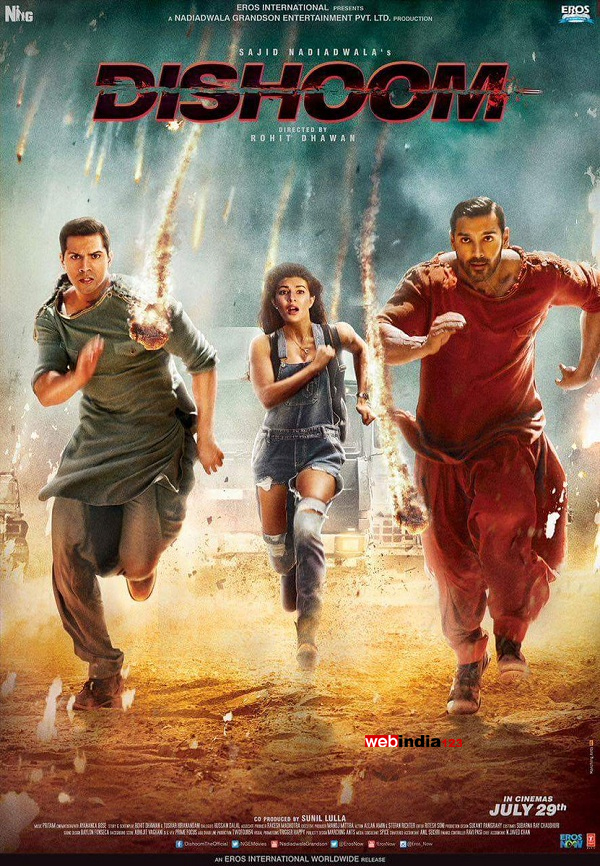 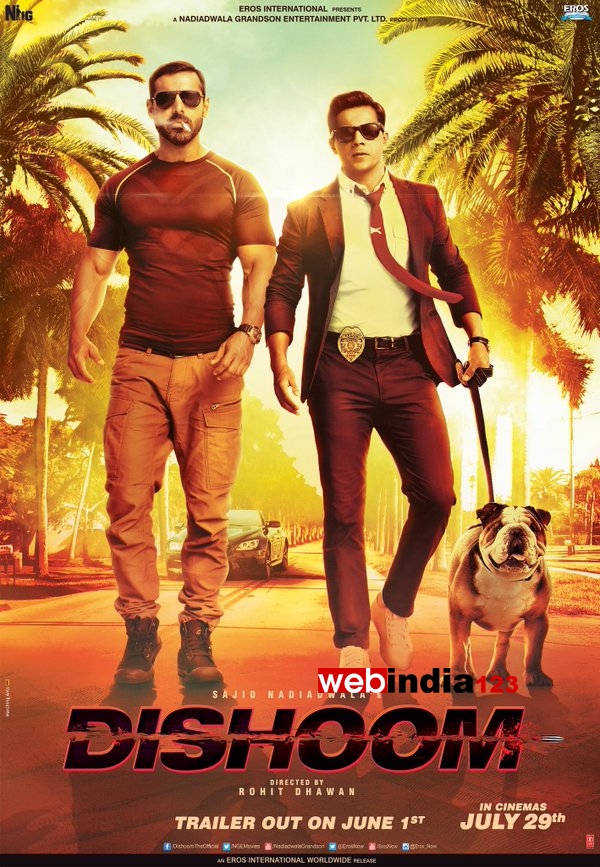 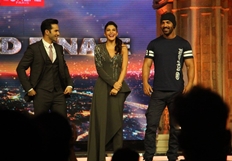